“We were able to overcome Hitler and this mound certainly” 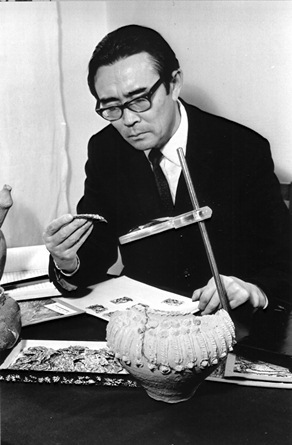 Archaeology Research Institute named after K. Akishev is led by Maral Habdulina, the wife of a famous scientist. She told us about work and personal traits of the famous Kazakhstan archaeologist.

Maral Habdulina, please tell us about Kimal Akishev, what kind of person he was as to establish and develop a national school of archeology  it is no enough to have only knowledge.

­- Today many people reported (editor noted, at the conference dedicated to the 90th anniversary of K. Akishev), as it was a whole generation of people who survived the war, difficult years that they faced in childhood. All these made scientists strong. They went through the Great Patriotic War and returned alive. Kimal Akishev told me that when he returned from the war and started research he worked only with one though: “we defeated Hitler and that mound we will overcome for sure”. People of that generation were more enthusiasts. They did not see any difficulties in their path.

The origin of man also plays a big role. It can be said that Kimal Akivesh came from the Kazakh nobility, - says Maral. His grandfather, Musa Shormanov was very famous man and his uncle was the first president of the Academy of Sciences of Kazakhstan.

He had unique charisma. When he entered to the building, everyone could see that the man in front of them is extraordinary. His driver once said: “When I faced with any problem with traffic police I always let him to come to the room first. When he entered, the traffic cops got up from their seats, greeted him, probably considering him as the retired general”.

Despite his courage, integrity, rigidity of character, he was very sentimental person romantic. He loved classical music. He liked to spend his spare time in the office alone with music of Beethoven and Chopin. Kimal Akishev had a huge collection of vinyl records with classic music. 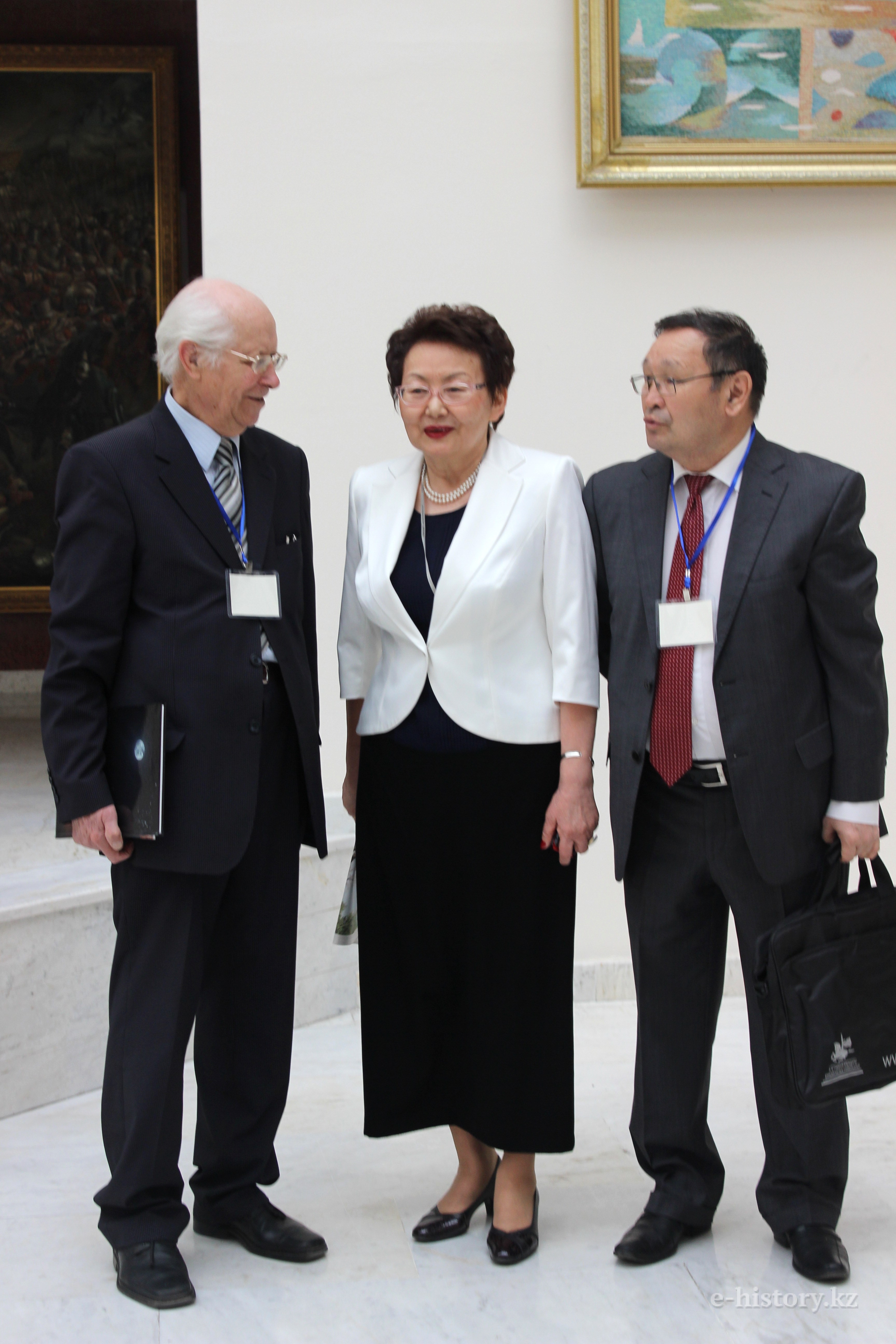 On the photo, the famous Russian scientists and archaeologist A. Martynov, M. Habdulina and Z. Simashev.

Kimal Akishev wrote poetry. Generally, he grew up in the Russian-speaking environment. He spent his childhood in a family of K.Satpayev, whose wife and mother in law were Russian. As he reached adulthood he learned the Kazakh language. He came to work at the Academy of Sciences, where he was able to communicate with well-known scientists, ethnographers, their peers and they all spoke in the Kazakh language. He then learned his native language. Subsequently he was able to write scientific articles fluently and was very proud of it.

How he treated his findings?

- He treated them as a work. I remember, when the Soviet Union collapsed majority of journalist started to offer him to get license to the “Golden Man” as it is the Kazakhstani brand from which it was possible to get a lot of money. However, he immediately stopped all these conversations by saying: I found “Golden Man”, but it is not my property. Itisthepropertyofthestate. Certainly, I recreated it, but it’s just my scientific work.

Last years of his life and work Kimal Akishev is relate to ancient city Bozok. Please tell us how it happened.

- When the capital was moved, the question about the need to form scientific elite in Astana arose. Akishev was invited and despite his age, he was over 70, came over and started to work. His favorite dream, as he told me, was the one where he seemed to be putting the camp.

Until the last days he went to the excavation and camping with guys. There was no water, weather was hot and there were mosquitoes. I told him you can go there when they will put the camp, but he refused. Only there he truly was able to breathe and relax. Despite his age, he was young man at heart. His spirit and attitude to life was much younger than me and his peers. It was a special generation of people today there is no such.

Perhaps, Kimal Akishev as a person who was passionate about his work wanted to do more discoveries? Didhehavesuchadream?

- I think he realized all his dreams. He led excavations of the most beautiful cities of the Silk Road, often went abroad, he found the "Golden Man". He had everything. Until the last days he had been doing his favorite work. In summer, when he was almost bedridden, just few days before he left, he went to Bozok.

What kind of work is now under way for the Conservation settlement Bozok? Unfortunately, Kimal Akishevich not had time to organize Museum on this site.

- What I can say, if the Mausoleum of Khoja Ahmed Yassawi, which exist 500 years and protected by UNESCO, is now destroyed and everybody knows about it. What to say about Bozok then? Now I do not go to classrooms and do not ask to solve the problem, as there is only two ways, first it is carry on the research or to pester. Now my main goal is to write a monograph for the science of Bozok, at least what I can do. Now, if anyone from young generation could take on the task of creation of museum or the touristic place in the Bozok.

At what level is the domestic archaeology today? What it lacks?

- Archaeology in Kazakhstan develops and we have a large number of young people who passionate about it. We have talked with Russian scientists about this and they said that there is a big age difference. They almost do not have middle generation who has interest on it, either very old or very young people interested in science. Now our teams basically all are young people.  They work and conduct excavations. Archeology in our country is going through the same process of recovery.

Use of materials for publication, commercial use, or distribution requires written or oral permission from the Board of Editors or the author. Hyperlink to Qazaqstan tarihy portal is necessary. All rights reserved by the Law RK “On author’s rights and related rights”. To request authorization email to mail@e-history.kz or call to 8 (7172) 57 60 13 (in - 1163)
Қазақша Русский English
MOST READ
Month Year
Recorded history of Kazakhstan. Part 2
Heroic mothers of the great steppe
How had the World War II been started?
Philosophy of the Emblem
14 monuments at Tekturmas
The rural akims: the country's hope is in the elections
Kazakh historical drama Tomiris premiered in Istanbul
Stolypin about the worries and hopes of immigrants to the Kazakh steppes
ALASH IDEA IS THE PROTECTION OF KAZAKH STATEHOOD
A tireless explorer of the Kazakh land
SWITCHING TO THE LATIN ALPHABET – UNITE ALL KAZAKH PEOPLE
Kunaev Dinmukhamed Akhmedovich
People who eat horses will kill you
Materials on theme
Luxembourg signed an agreement to participate in "Expo-2017"
It is impossible to research national history separately from the world history
The history of the Constitution of the Republic of Kazakhstan
The National Academic Library of the Republic of Kazakhstan held an international scientific-practical conference