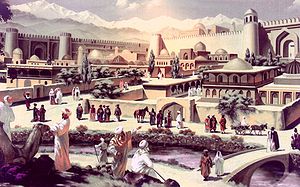 Materials on theme
An exhibition in honor of the 125th anniversary of Zhusupbek Aymautov opened in Astana
Ybyray Altynsarin and the newspaper "Orenburg leaf"
History and facts. Corrective labour camps in Kazakhstan
A Roundtable meeting "Zhuz khariya, zhuz auyl, the mysteries of ornament, shezhire"