Home News Other Protection and use of historical and cultural heritage

Protection and use of historical and cultural heritage

1219
The Committee of Majilis for Social and Cultural Development, reviewed the current state of affairs in the field of protection and use of historical and cultural heritage.

In Kazakhstan, there are over 25,000 immovable monuments of history, archeology, architecture and art, 218 of them were included in the State List of historical and cultural monuments of national importance. There are more than 2 million 56 thousand units of cultural values that are stored in the funds and expositions of the state museums.

The attitude of society and the state to the historical and cultural heritage changed in the process of development of Kazakhstan after independence. The legislation of the Republic of Kazakhstan was formed and improved during this period. Active development has received a scientific cooperation in the field of protection and promotion of monuments with foreign and international organizations such as UNESCO, ICOMOS. Two monuments of international importance have been included in the UNESCO World Cultural and Natural Heritage List.

One of them is the Mausoleum of Khoja Ahmed Yassaui in Turkestan. The second site, "Rock petroglyphs of Tamgaly» is one of the oldest and most striking monuments of rock art in Semirech'e, plenty of petroglyphs were found here at the end of 1950. In addition, the country has a number of outstanding archaeological objects (31 objects), which included in the tentative list of UNESCO World Heritage Sites under the serial transnational nomination to the Great Silk Road.

The process of allocation of the land plot from the state fund to private ownership is becoming more popular due to the intensification of the housing and public works in cities, as well as with the development of economic activities in the agricultural areas. Archaeologists carried out the intelligence works only in terms of the implementation of special projects that require a large-scale allotment of land. In other cases, the land acquisition, both in cities and in rural areas, is carried out without the involvement of archaeologists. These trends lead to the widespread of violation of the legislation on the protection and use of cultural heritage, as most of the land that was not surveyed for the presence of archaeological sites, becoming unavailable for further scientific research.

There are many examples: the construction of water supply system in the city of Otrar, it is a monument of national significance, it should be included in the list of UNESCO World Heritage Site. This is also an allocation of land for laying the fiber optic line in the territory of the unique settlements, one of the capitals of Ak Orda Sauran and capital of Karluk dzhagbu of 8-13 centuries Kajalyk. Also the world famous ancient cities of Taraz and Ispijab, the city that was mentioned in all of the medieval sources. Only within the territory of modern Almaty, the archaeologists found eight ancient cities, and today there are nothing left.

Kazakhstani lawmakers, noted the special importance of archaeological sites, gave them a special legal status. The rapid technological and scientific progress and rapidly changing social relations, lead to the obsolescence of their regulatory standards and stagnation in the legal sphere. This problem must be addressed by improving the legislation, which is able to give a new impetus to advance the cause of preservation, revival and popularization of historical and cultural monuments.

The Chairman of the Kazakhstan Archaeological Society Carl Baipakov, President of the «Fund of Auezov» Murat Auezov attended the discussion of the topic. Moreover, the director of the Institute of Archaeology named after A.H. Margulan, Bauirzhan Baytanaev, the dean of the Faculty of History of Kazakh National University named after Al-Farabi, Zhaken Taimagambetov and General Director of "Archaeological examination" Dmitry Voyakin, also shared their views on the problem.

Following the discussion, the parliamentarians intend to make appropriate recommendations. 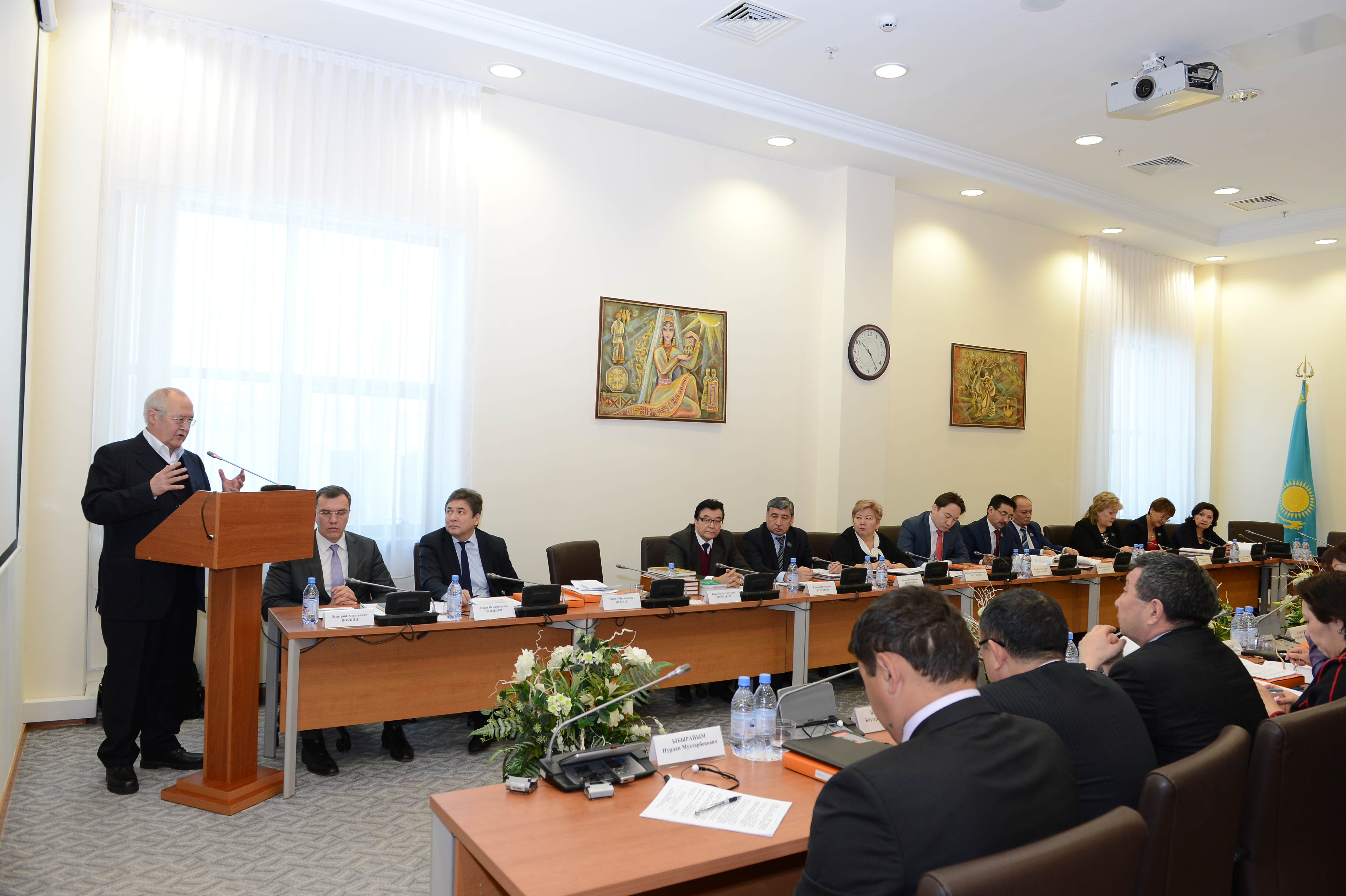 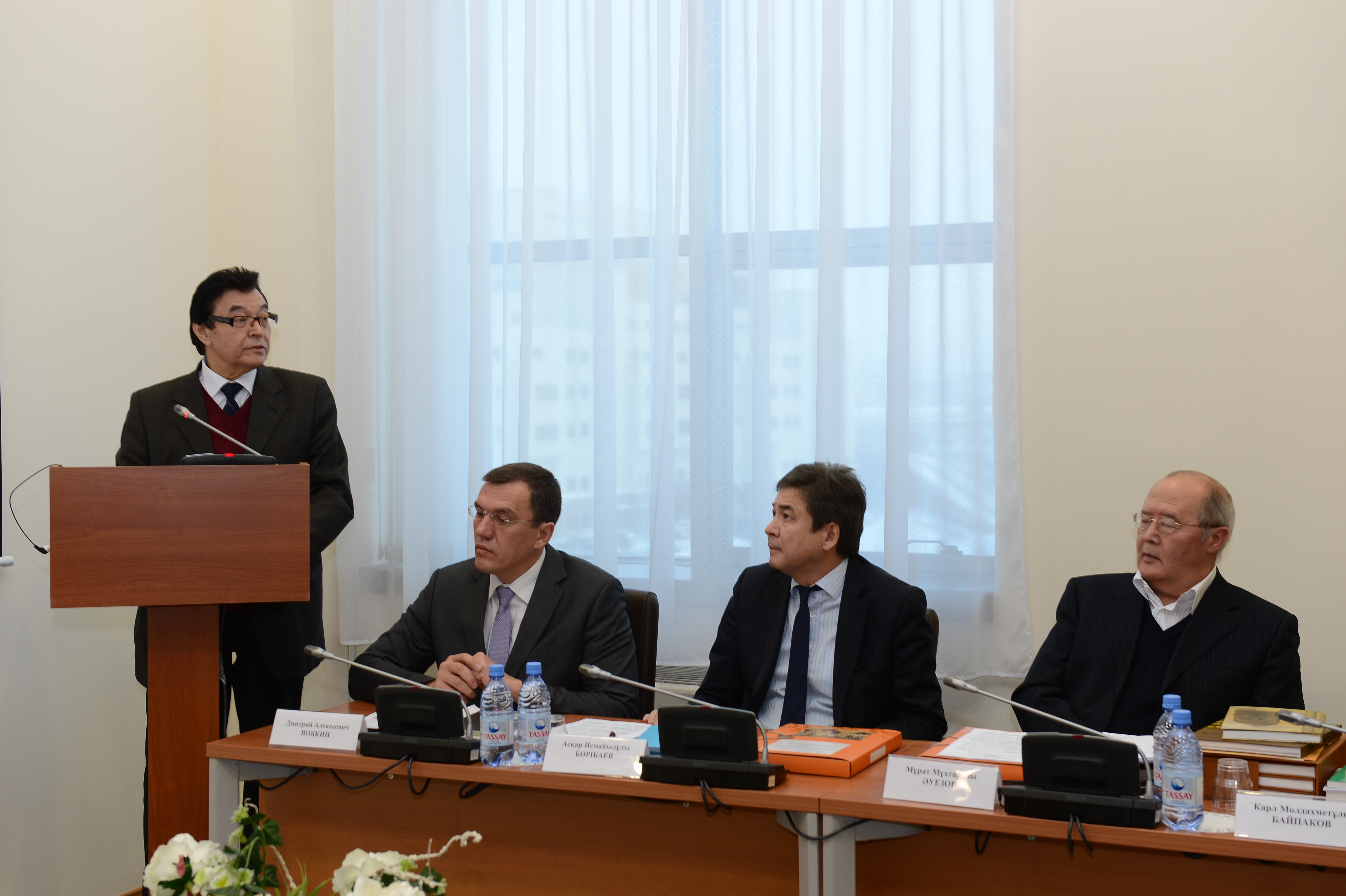