Home News Heritage What do we know about the staff of Saint Beket-Ata?

What do we know about the staff of Saint Beket-Ata? 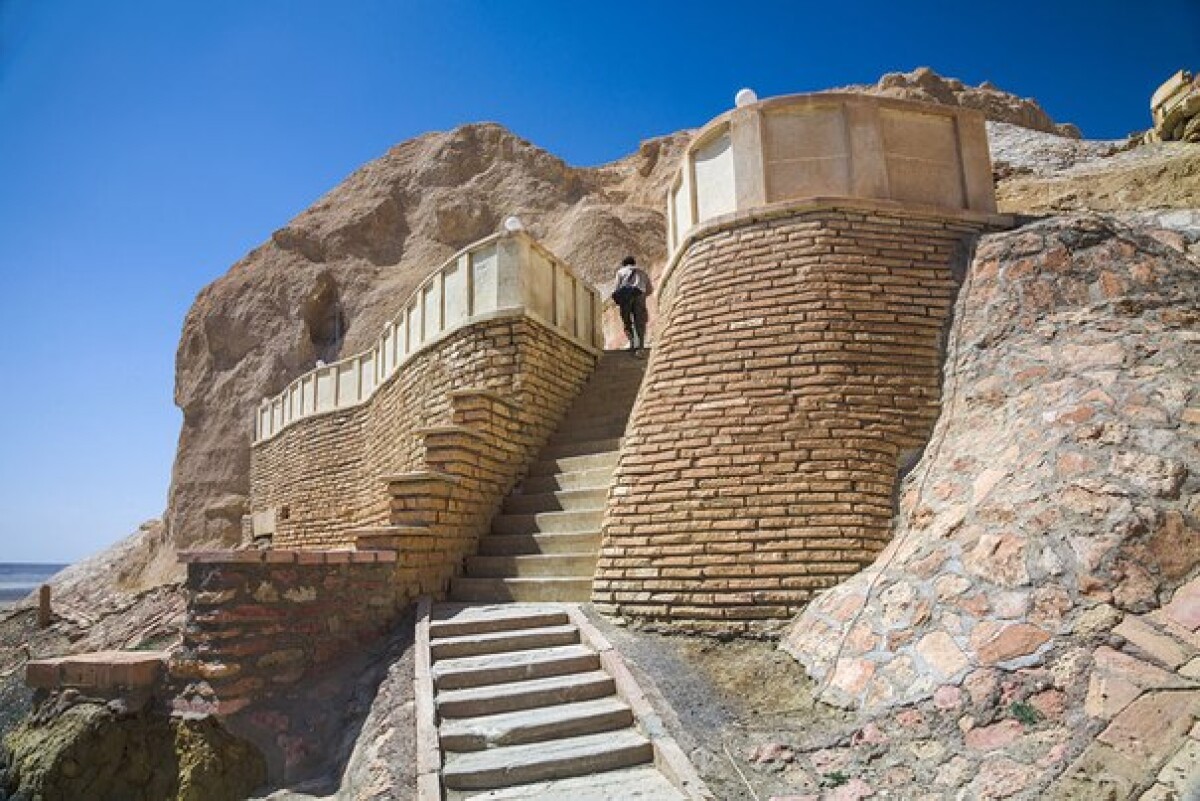 There is no Kazakh who does not know Beket-Ata Myrzagululy, called among the people Saint Beket?! A native of the Aday people of the Younger Zhuz Beket-Ata in the people is revered as a Saint

A lot of legacy was left behind by the batyr, enlightener, and architect of his time Beket Myrzagululy. Perhaps that's why there are many legends about him among the people, and even such words as “In Medina - Muhammad, in Turkestan - Khodzha Akhmet, in Mangystau - Saint Beket” remained.

Today we want to write about the staff that Beket-Ata received from his Khoresm teacher. This priceless relic is kept in the house of Berdykhan Ayapbergenuly - the descendant of Beket-Ata in the seventh generation. Before you look at the staff you need to sincerely believe in its strength, and according to the Muslim custom it is necessary to perform ablution. Ask any person in the village of Batyr, in Munaily district of Mangystau region, where the house of aksakal Berdykhan is located, he will show you the way without hesitation, because this house has a special aura that soothes and pacifies a person.

"Our grandfathers carried a staff on their backs. In the Khiva Khanate was the Sherkala Mosque. All the representatives of art and science gathered in it. The Turkmen poet Maktumkuly was trained in this mosque. Beket-Ata also studied here. They learned from Pakyrzhan Hajji. One day, Hajji said: "Someday I'll give my staff to one of you, and I'll give my blessing (bata) to that person." The disciples began to argue, each hoping to get a staff and a blessing.

Finding no alternative, Hajji dropped his staff and said: "To anyone who will find and bring a staff, I will give my blessing (bata)." The staff landed in the Akkoltyk area in the Mangystau region.

Mangystau is a special place created by the command of Allah. Here, to pass the test, the Saints (Aulie) were sent. For example, from far off here came Sholpan-Ata, Shakpak-Ata. After graduation, Beket-Ata returned to his native land, built a mosque, taught children, called on the people to learn.

It should be noted that Saint Beket had four important qualities: firstly, he was a batyr, actively participated in the struggle against the enemies of his people; secondly, he was an educator, he passed the thorny path of science, he was engaged in the education of children; thirdly, he was an architect who built buildings for mosques and madrasah; fourthly, he was a gifted man who held out a helping hand to the needy and sick, he was also a visionary who predicted important events. 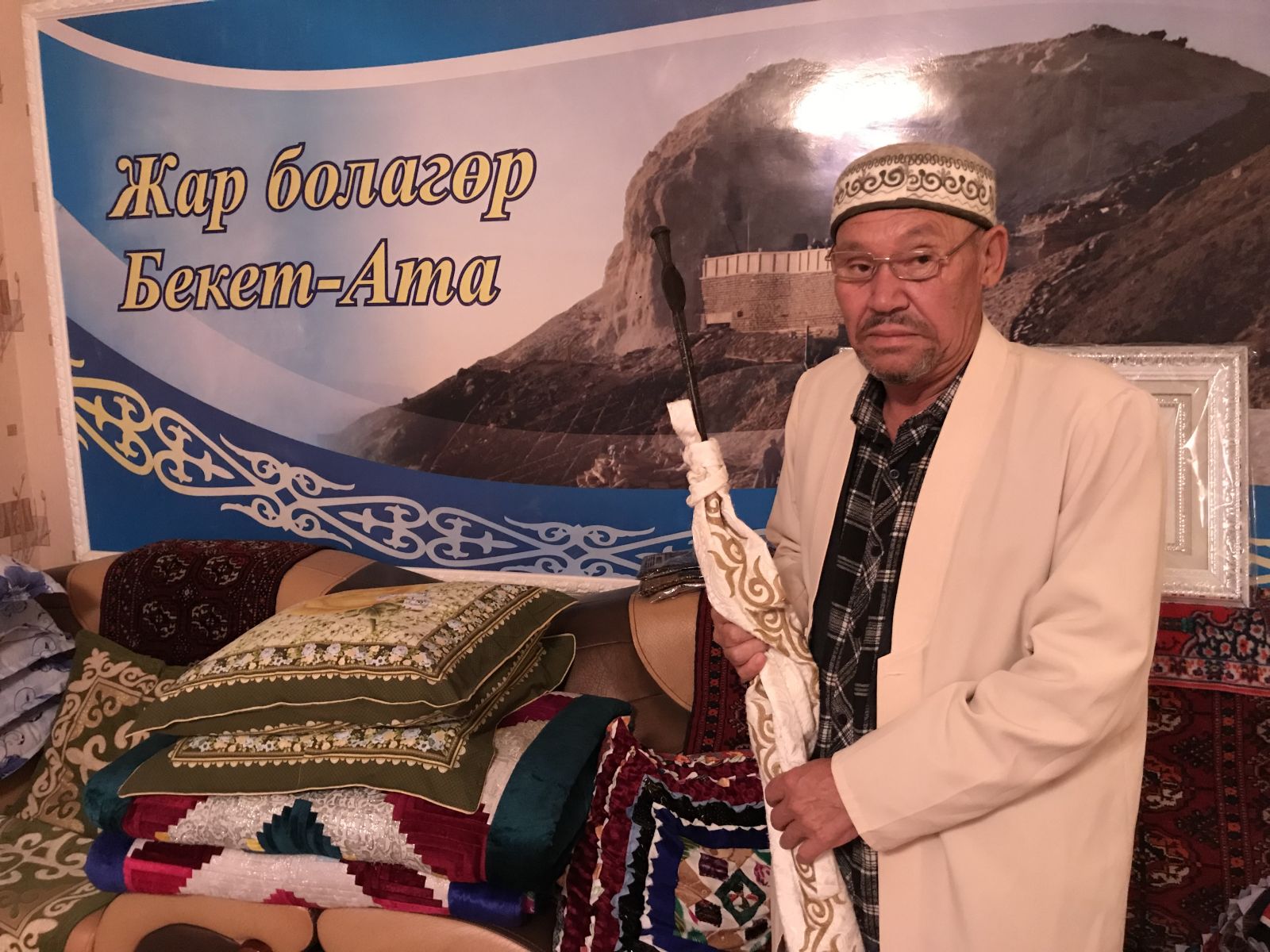 "Pakyrzhan Hajji was a descendant of Azyret Ali; he comes from his son Ussen. The grandchildren Assan and Ussen, born of his daughter, received his farewell message. According to the genealogy, Beket-Ata was the last, the thirtieth, the owner of the staff. When they brought the staff, Beket-Ata said:

"Until the day of the Last Judgment, give them my glory, give them children, prosperity and good, give a bullet between white and black."

- Berdykhan-Ata, what does it mean "give a bullet between white and black"?

"He could not say anything. He shot. He did not shoot with a bullet. Once he looks at the person, then people with bad intentions got into trouble. Why am I saying this? The staff, which we are talking about today, has unique qualities! It is a common property for all Muslims. Saints do not divide into nationalities, religions and language. One day a group of Russians arrived from Tomsk. It began to dawn. Near the house three “tabletkas” (UAZ-series medical vehicles) stopped. I have not slept yet. They knocked at the door. I went out. We talked. They learned about Beket, about us. There were about twenty people. They asked permission to enter the house, read the prayer (Ayat). They did not eat. It turns out that they read all the books about Beket. They arrived for a week. They arrived with sincere intentions. We, opening our mouths, listened to how they in Russian gave parting words (bata). Allah is one for all. We can not share!

The staff has such wonderful qualities: wherever there is a staff, there is always prosperity; whatever you ask Allah, all will be fulfilled; the place where the staff is located, the trouble bypass it. In Almaty lives my relative, a marketeer of samosa. Once in a dream he saw a staff, and did not notice how he became rich. Now he has about ten thousand camels. Earlier our grandfathers carried a staff on their backs. Such was the tradition. In the world there are twelve sacred staffs, this is one of them. To some visitors it may appear in the form of a snake-cobra. Such people later become lucky.

So our conversation ended. There are a lot of stories about the staff among the people. To touch your forehead against the staff, which is stored in the family of Berdykhan Ayapbergenuly, to kiss it, and to ask for well-being from Allah, what else can a person wish?