Mausoleum of Zeynolla - the best monument of architecture 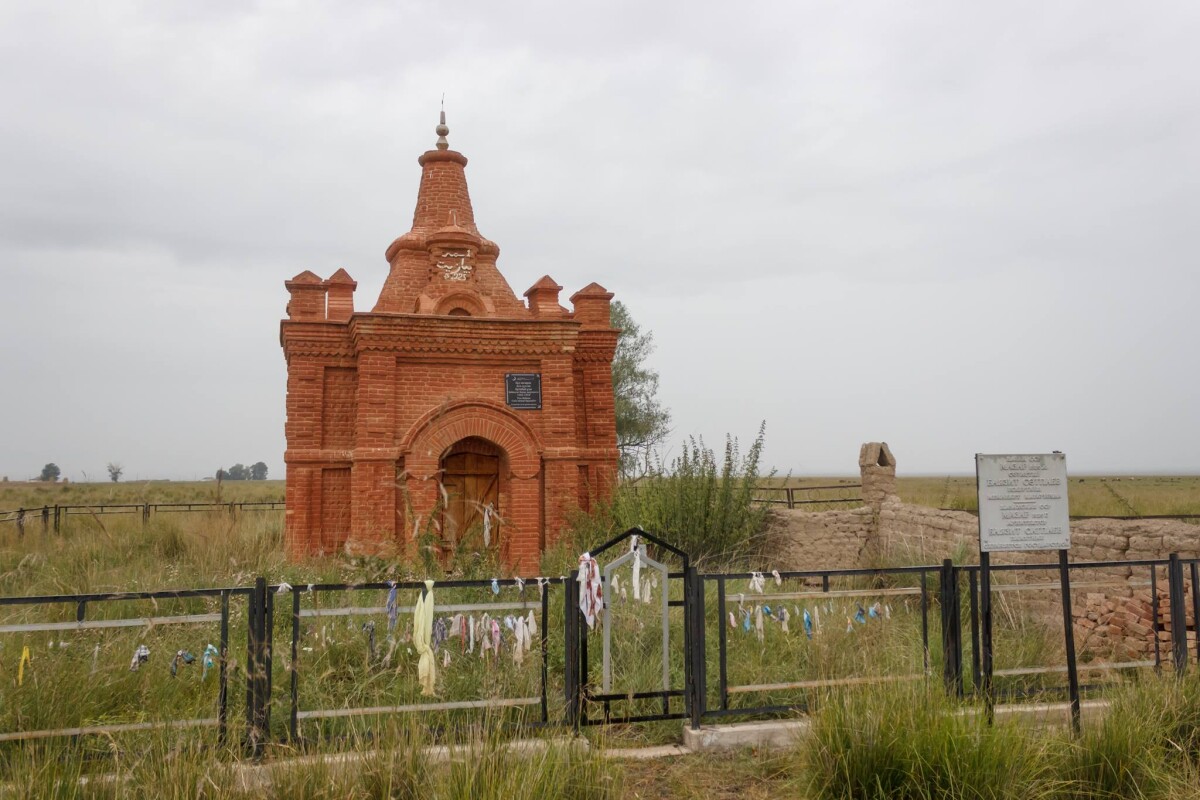 NDH organized a historical and cultural expedition to Zaisan region - a historic region on the border of the country, where it was possible to collect materials on the historical sites of Shilikti

The valley of Shilikti, stretching for 60 km in length and 30 km wide, is rich in historical events. Only at the beginning of the twentieth century in this region lived the descendants of Zhumyk - Khozhan and Burymbet, the Burymbets were headed by Zeynolla Butabayuly, and the Khozhans’ biy was Konyr Mazhituly. During the expedition the employee of the NDH portal visited the grave of these historical figures, read a prayer, and learned new information.

Near Zhalshi, which is only five kilometers from Shilikti, stands the mausoleum of Zeynolla. We were accompanied here by the old residents of the Shilikti village - Zhalel aksakal and Sayash myrza. Zhalshi corresponds to its name; the densely growing cheegrass has strong, hefty roots, although, as it turned out, in some places it is possible to travel by transport. Cheegrass is above human growth, and in some places can even hide the rider. The mausoleum of Zeynolla is visible from afar.

The mausoleum was built by the famous architect Bayazit Satbayuly. On the top lintel of the mausoleum he wrote his name in figurative letters, confirming his authorship. The reason for this was explained to us by Sayash aga Nasiretov, a history teacher with many years of experience: "First of all, the people knew Zeynolla so much, they respectfully called him "Zhazhen", and secondly, the architect Satbayev may have slightly cheated."

Who is he - master Bayazit?

Clever by nature, talent from God Bayazit Satbayuly, as a child he was a servant of the Russian rich, he began to study the construction craft when he worked with the Istanbul architect Abdullah Effendi who was specially invited in 1890 to build a mosque in Semipalatinsk. So he learned the subtleties of eastern architecture, as well as the methods of Russian, European architecture. Thus, he stood at the origins of the architectural art of his country. 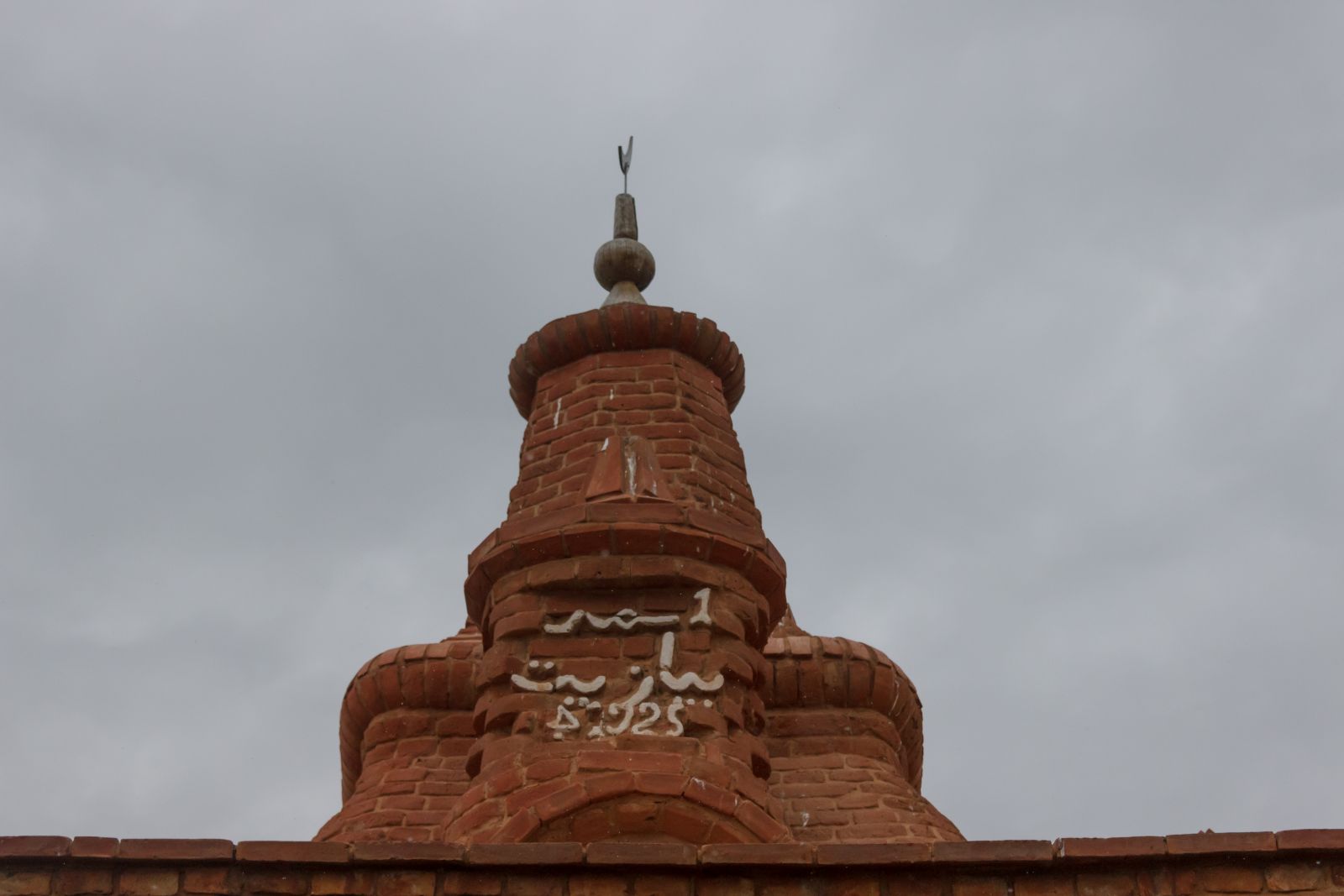 Historical places, merchants' houses, shops, administrative buildings, hotels, city gates, most of the monuments of the beginning of the 20th century were built thanks to Bayazit Satbayuly. Undoubtedly, he made drawings of local construction, participated in the sorting of the necessary material, took into account their useful and aesthetic aspects. Zaisan today blossoms due to correct calculations made more than a century ago. Bayazit Satbayuly, arriving here in 1900 until the 1920s, managed the local construction works.

Since 1900 the master began construction in Zaisan of the main city institutions, prayer and religious houses, shops of wealthy merchants. The last years of his life he spent in the territory of the present Xinjiang, so the mausoleum of Zeynolla Butabayuly is his last creation on the Kazakh land. 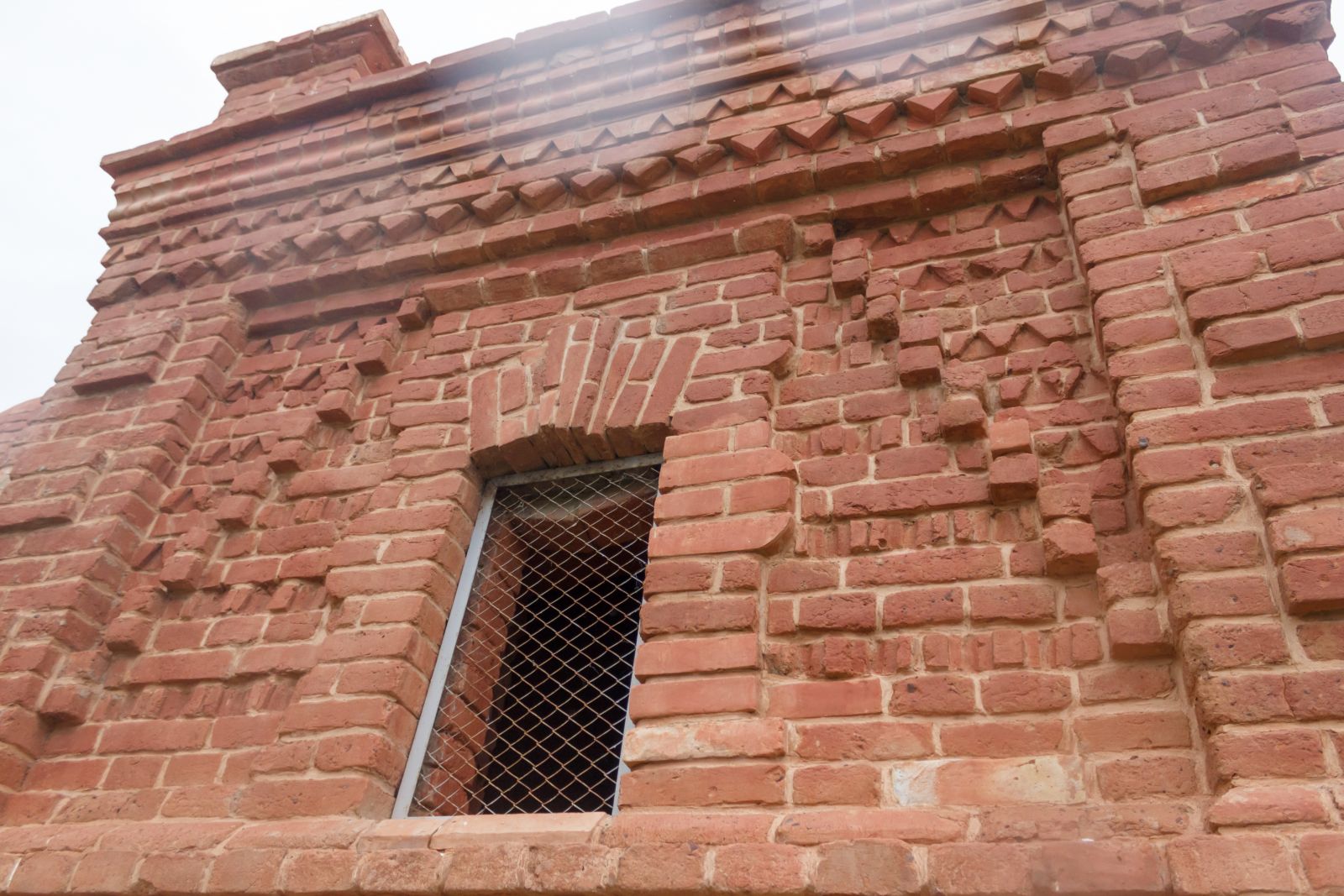 What is the special feature of Zeynolla's mausoleum?

The mausoleum, built in 1925, consists of two parts. The main facade octagonal part rises, then narrows at the junction with the rear rounded part. Patterned front door shows that the mausoleum was built with special honor. 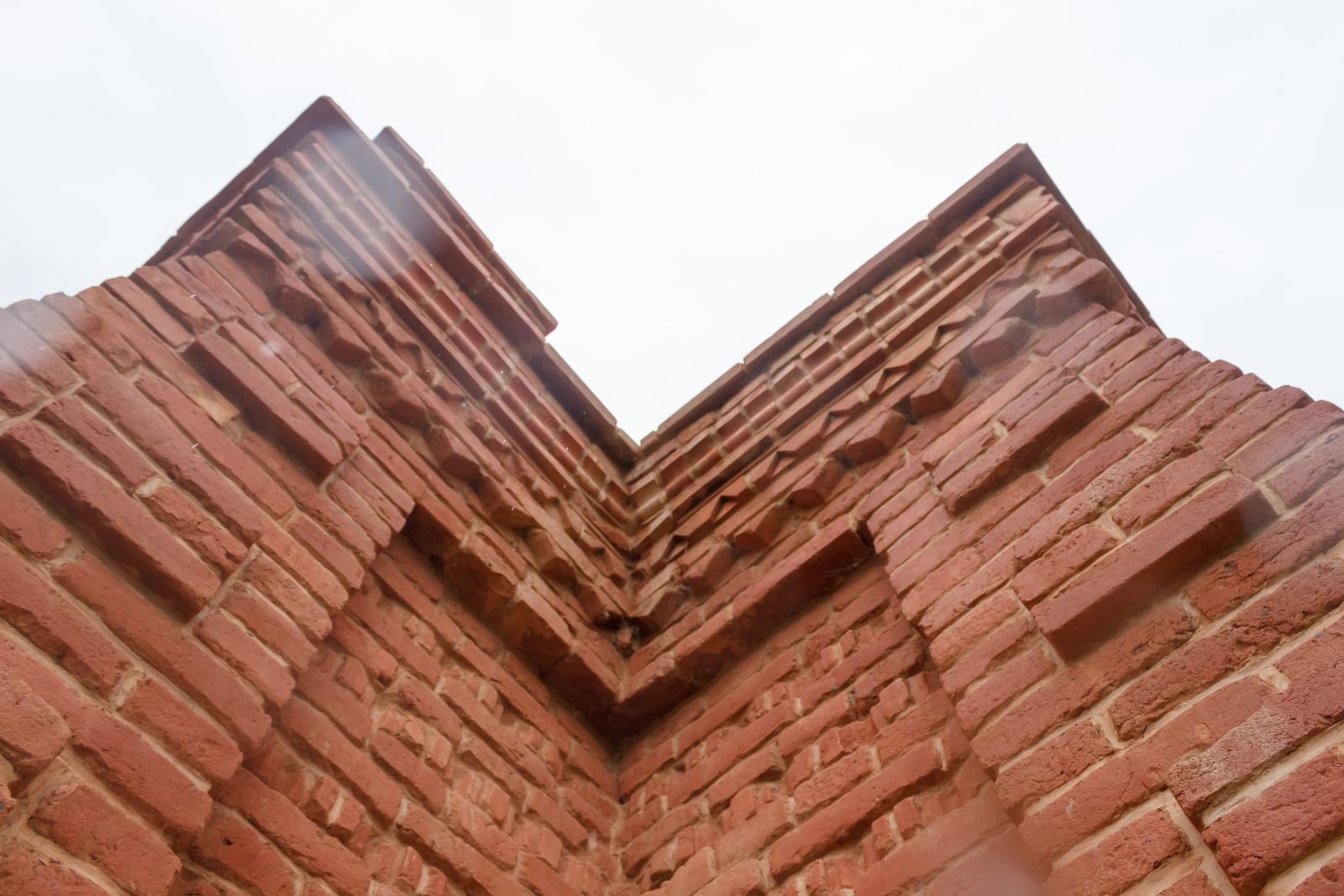 The entrance is decorated with an arched portal. Wide angles of pilaster-strips are completed at the roof level with four-sided pedestals; the entrance portal is compositionally continued on the roof by a small tent with corbel arch on three sides. The mausoleum is illuminated by two laterals and one large western aperture. These openings alternate with perspective decorative arched niches. The decoration of the mausoleum facade uses a variety of techniques of decorative clutches. 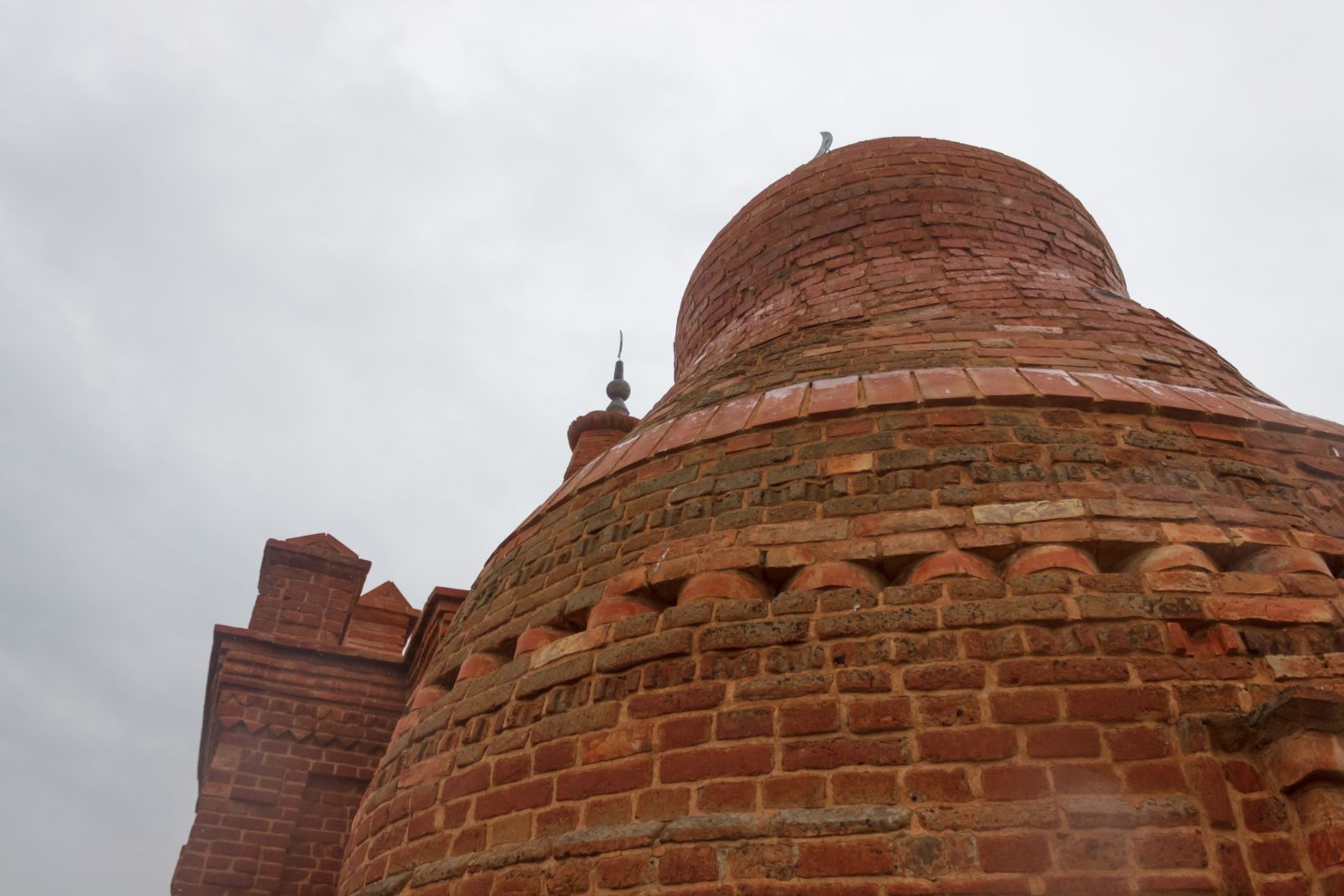 Special furnaces for manufacturing and burning bricks belonging to the national architect Bayazit Satbayuly were located in the city of Zaisan. Finished burned bricks, made in various forms, in sacks on horses and on camels, were delivered from Zaisan to Shilikti, located 60 kilometers from the city.

The mausoleum of Zeynolla is sometimes called the "Dome of Zeynolla". Perhaps this is correct, but, according to the peculiarity of the historical monument, it is not correct to write and speak like that. Because the second room of the mausoleum is domed. The first part of the mausoleum is built in a complex form, similar to the architecture of South-East Asia. Going around the monument from all sides, we were convinced that in the construction of the mausoleum, in comparison with the construction of houses and shops of wealthy merchants, the master made every effort and all his talent. 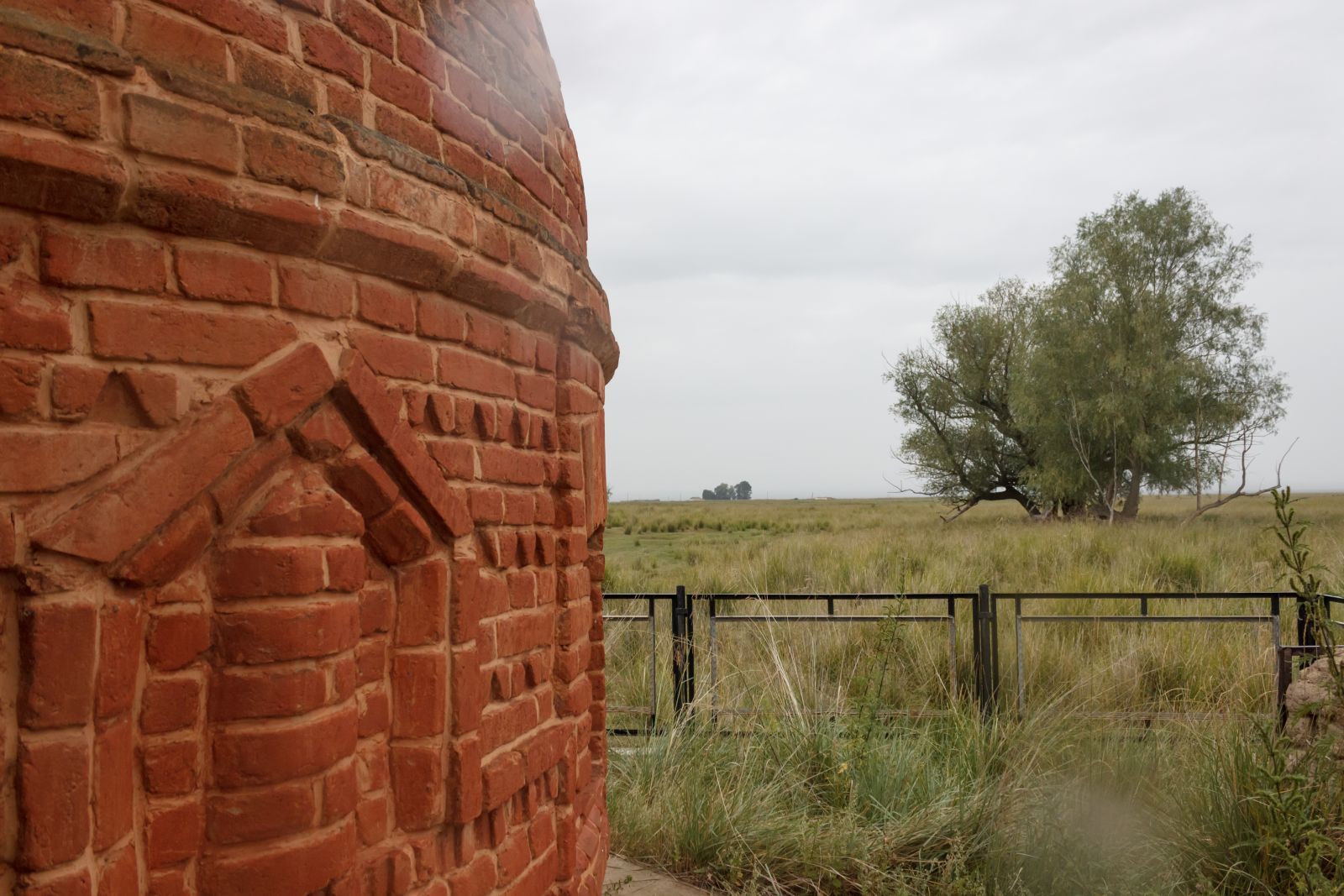 The mausoleum is protected by the state. It is interesting that among all the houses, shops of famous merchants of Zaisan, built by B. Satbayev, only the mausoleum of Zeynolla entered the list. What does this mean?

I believe that the reason for this is the complexity of construction. All the buildings preserved to this day do not repeat each other, the patterns and ornaments decorating the mausoleum of Zeynolla, from the front to the rear doors, are thoroughly thought out. 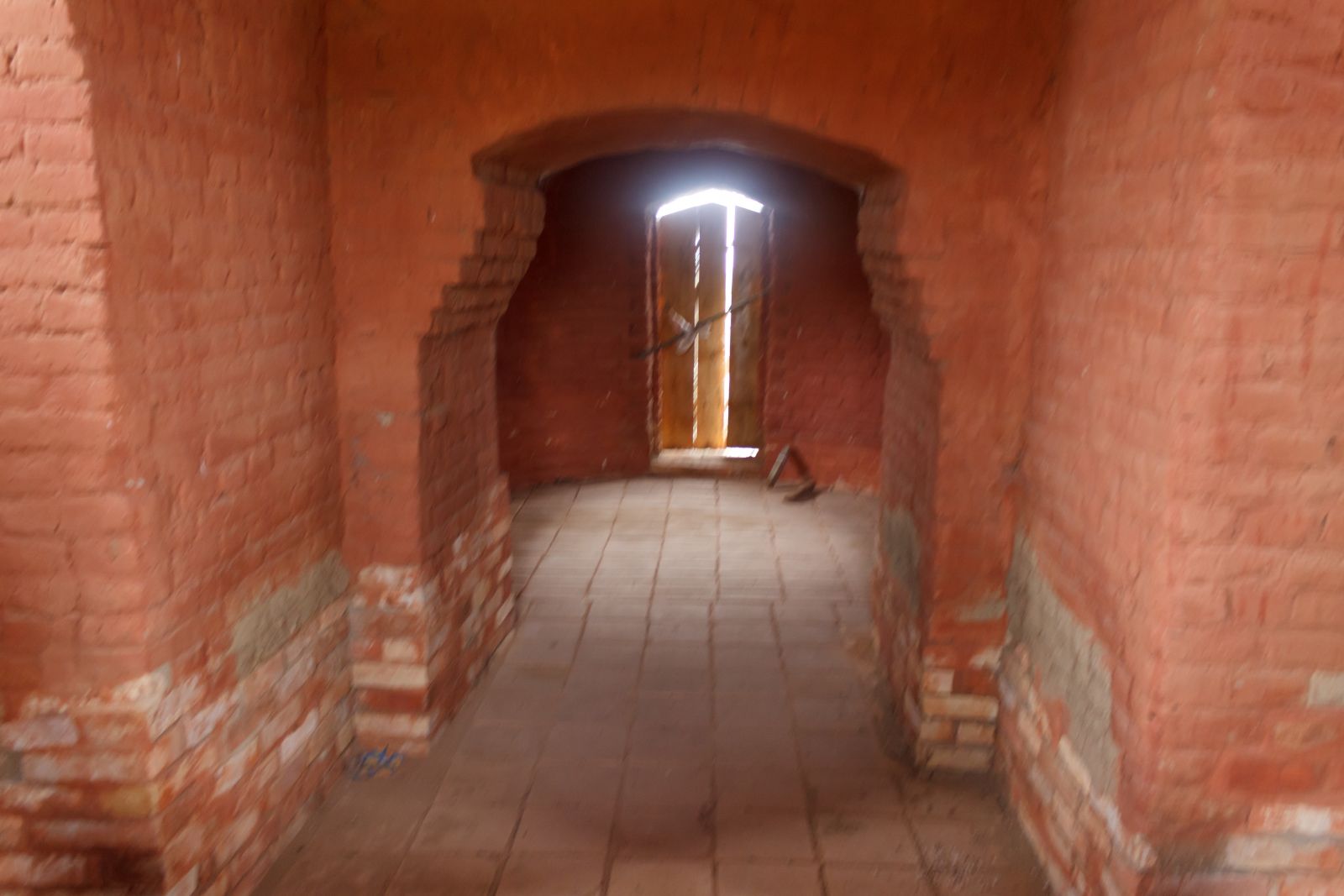 Who rests in the mausoleum?

One of our guides - Zhalel aksakal, though he changed the eighty decade, did not bend, he still goes straight and cheerfully, he told us different legends that are common among the people. "In the first years in these two rooms were buried the bodies of two people. According to the descendants, these were bodies of the most Zhazhen and his mother. There was no earth embankment", recalls Zhalel aga. 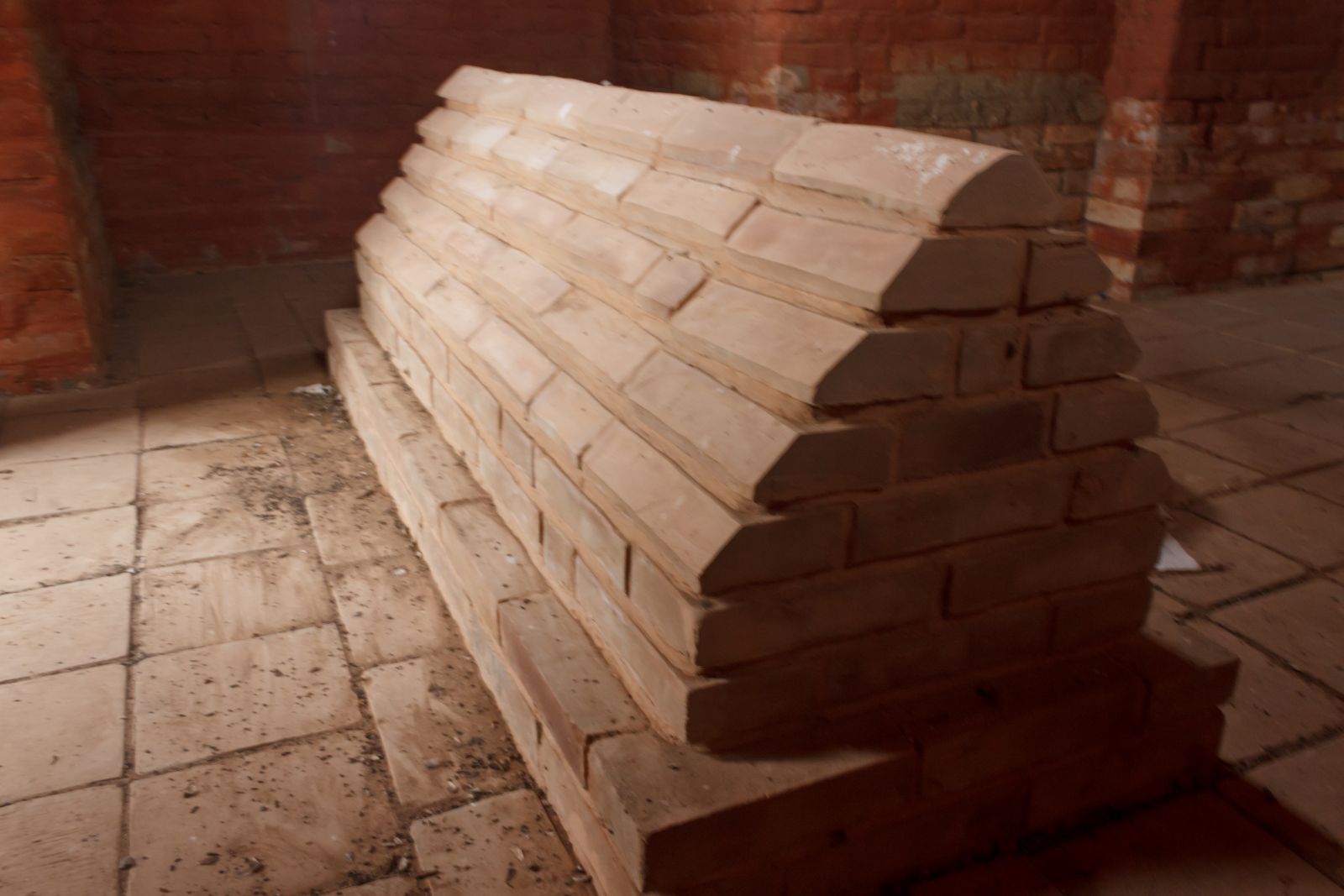 In the 1980s, KazRestoration carried out restoration work, and the work continued after the 1990-1991 earthquakes. The funerary monument is placed at the entrance to the first room, although it is known that two people rest there.

The mausoleum is fenced with a special fence, but inside it is still overgrown with thick grass. High thickets of cheegrass and nettle interfere with human movement. Visitors may not find a bench, installed especially for those who came to honor the memory of the ancestor.

Another feature - the monument is located at the border. Further Shilikti there are no settlements. And on the other side of the border as well, works of art of the national master, the famous architect Bayazit Satbayuly, whose creations truly know no borders, are still preserved.