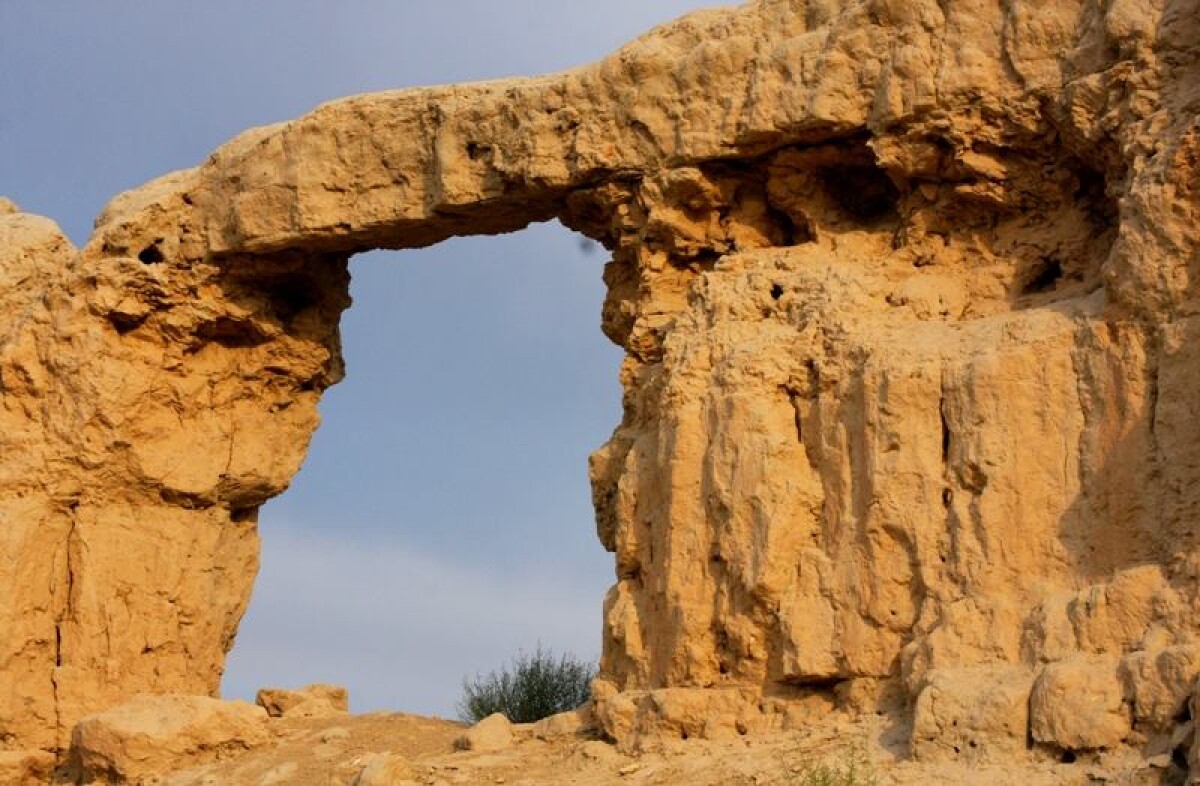 Kyzylorda region is a region with a rich history where the sage Korkyt-Ata found his peace, cosmonaut Yuri Gagarin conquered the cosmos here, the capitals of our ancestors were here

Since time immemorial, the Syrdarya River has been the cradle where civilization originated. The water artery served as the source of life. Out of gratitude to the river, locals from time immemorial call their land "The Land of Syr." The river has many branches; one of them is Zhanadarya, on the shore of which in the IV-II centuries BC the city of Chirik-Rabat was located.

Powerful fortress walls about 4 meters in height and deep ditch defended the city's inhabitants from enemies. Archaeological research has shown that initially the city was just a temporary refuge for travelers, but over time it began to expand, turning into an impregnable fortress. Through Chirik-Rabat there were caravan routes and later the city became a rate of the Saka tribes. The artifacts found here, the traces of building and strengthening the buildings, tell us about it with confidence.

If the powerful walls built were able to protect the Saka tribes from the raids of enemies, then the power of nature could overcome them. Such a natural phenomenon as "migration of rivers" dried up the influx of Zhanadarya and made Chirik-Rabat residents move to more favorable areas. According to the candidate of historical sciences Azilkhan Tazhikeyev and a number of other scientists, it was the residents of Chirik-Rabat who founded the settlements of Zhetiasar and Zhankent and originated the so-called Chirik-Rabat and Zhetiasar culture.

After millennia, powerful walls rise above the steppe, recalling the former greatness, and during the flood of the Syrdarya, according to the "old memory" the water runs along the channel of Zhanadarya to the walls of Chirik-Rabat, as if trying to revive the city.

More than ten centuries have passed. In Arabic written sources, the capital of Oguz Al Karyat was often mentioned, known in the Turkic writings as Yankigent. The locals called it Zhankent. The ancient settlement of Zhankent existed in the X-XV centuries. It had an advantageous geographical position, was at the junction of large agricultural oases of Central Asia - Khoresm and Mawarannahr. The settlement grew, becoming a major trade center where all the caravans of Central Asia sought. The city was protected by powerful walls with semicircular towers; the citadel of the city was 120 x 120 meters in size.

But a powerful storm called the Mongol invasion changed the course of history. In the XIII century, the eldest son of Genghis Khan, Juchi, besieged the city. After a long siege, the inhabitants had to make a difficult step - to surrender the city to the enemy. This act allowed saving the city from destruction so that we could see it now.

The history of the city of Zhankent became known thanks to the researches of P. Lerch in 1867. In 1946, a new stage of scientific research came, when the Khoresm expedition led by S. Tolstov began a study of the ancient settlements of the Syrdarya river bed. He united Zhankent and the nearby settlements by the term "marsh cities". Then the remains of the site were protected by powerful walls of reeds. According to legends, it was here that the sage Korkyt-Ata was born; hence he began his search for the "Promised Land". 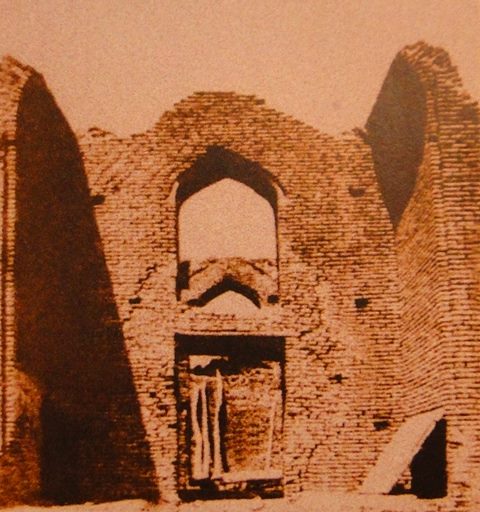 If you read Ilyas Esenberlin's immortal novel “The Nomads”, you can see that more than half of the events in the book take place in the city or near Syganak.

The city of Syganak is a city of military glory of the Kazakh people. It was the capital of the Kipchaks in the 12th-14th centuries and the rate of the Kazakh Khanate in the 16th-17th centuries. The fortress wall of the city has a height of up to 7 meters, according to legends even the siege weapons of Genghis Khan could not overpower them. In written sources and in the people's memory, Syganak is known as a city, with continuous caravans from the east to west, full of new and outlandish bazaar goods. Favorable position and ruined the city. The Timurids and Chingisids waged endless wars for the city. The last straw was the "Years of Great Disaster", when the Dzungars captured and destroyed the city.

Today, travelers traveling near the Shieli district of the Kyzylorda region can see the ruined, but also majestic walls of the city.

Centuries passed, the earth and people began to move away from the consequences of the Great Disaster, and again the Syrdarya River became the source of life for the new capital.

In 1817, Kokand Khan Omar ordered to build a fortress on the right bank of the Syr Darya, because there was a caravan route since the times of Chirik-Rabat. The architects approached the matter creatively and built a city of white stone, giving it the appearance of a mosque. So they decided to name the city Ak-Mechet (mosque). Constant increasing taxes and looting of Kokand and Khiva residents forced the local Kazakhs to appeal to the Russian Empire for protection. 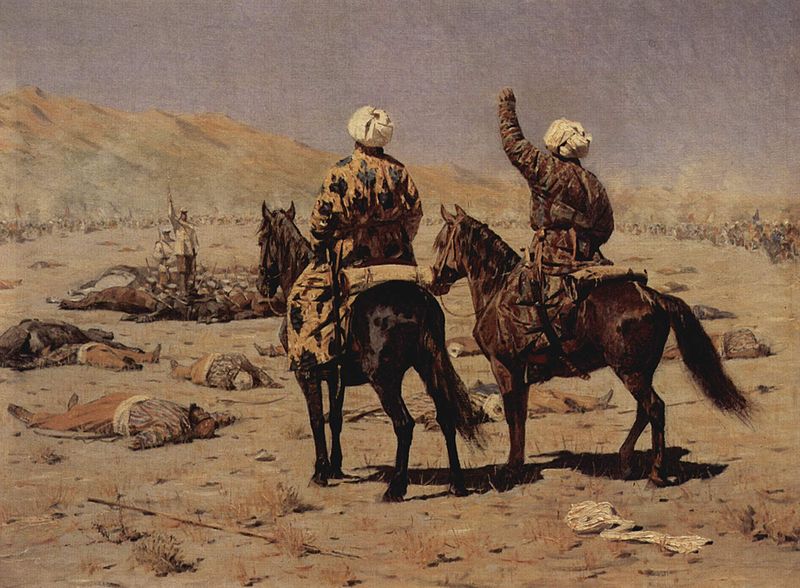 In 1853, the corps led by General Perovsky seized the fortress. Becoming part of the Russian Empire fortress, the city received the name Fort Perovsky, steadily grew and strengthened.

In 1862, Perovsky acquired the status of a city, and then became the administrative center of the Syrdarya District. The city has many buildings that still decorate the city.

In 1905, after the construction of the Orenburg-Tashkent railway, a railway station and a depot were built in the city, which still meet guests.

In 1917, the Bolsheviks seized power in the city and in the former empire. The city was given the name Ak-Mechet. But soon, in 1925 it was renamed into Kyzylorda (Red Capital) and the city became the capital of the Kazakh ASSR. Though only 4 years, this event became a symbol of the approach of the age-old dream of the Kazakh people about freedom and independence. In the Soviet period, the city was an industrial center. Here the rice and oil industry was born.

Now the city is growing with new strength and is not inferior to the pace of construction of the capital Astana. Since 2014, the whole city quenches the thirst with water from underground sources, and is heated by associated gas. Two bridges are laid across the river and the construction of the left - historical edge of the city began. According to the idea of ​​the head of the region Krymbek Kusherbayev and architects, the new city will resemble the ancient one, that is, modern buildings will have the stylistics of the medieval eastern city.

The full-water Syrdarya River, as thousands of years ago, gives life and sets the pace of development. New cities are being built along its waters, keeping the history of the old. Maybe Korkyt-Ata was right, and this land, really, has something special …