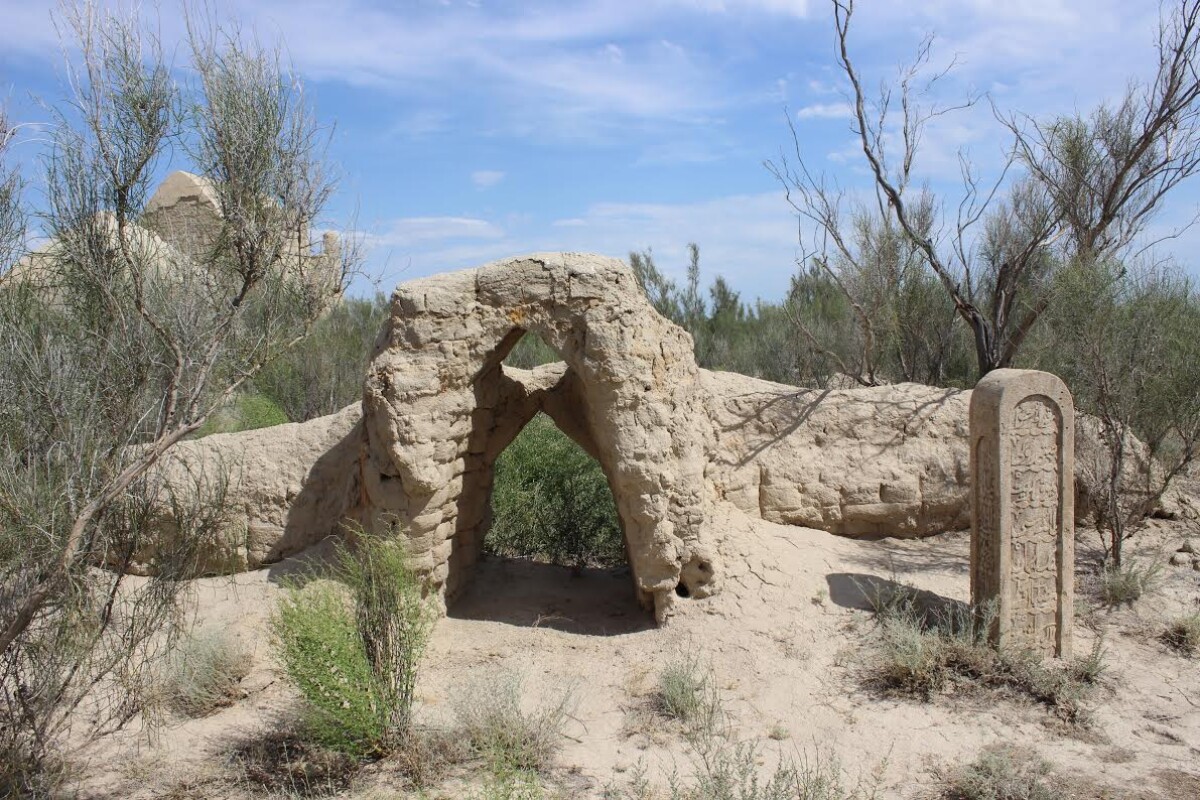 The expedition was organized with the support of the akimat of Kyzylorda oblast, the institution for the protection of cultural monuments in cooperation with the NDH portal.

In his article "Looking into the Future: Spiritual Renewal", Elbasy sets out the task of implementing the "Tugan zher" program. In it he says that every person should love and appreciate his native land, its national values, and know its history. Also this program provides for the restoration of historical and cultural monuments of local level, occupying a special place in the chronicle of Kazakh history. To this end, on June 13, with the support of the akimat of the Kyzylorda oblast, the institution for the protection of cultural monuments together with the NDH portal organized a historical and cultural expedition "Culture of Zhetiasar - a trace of history". 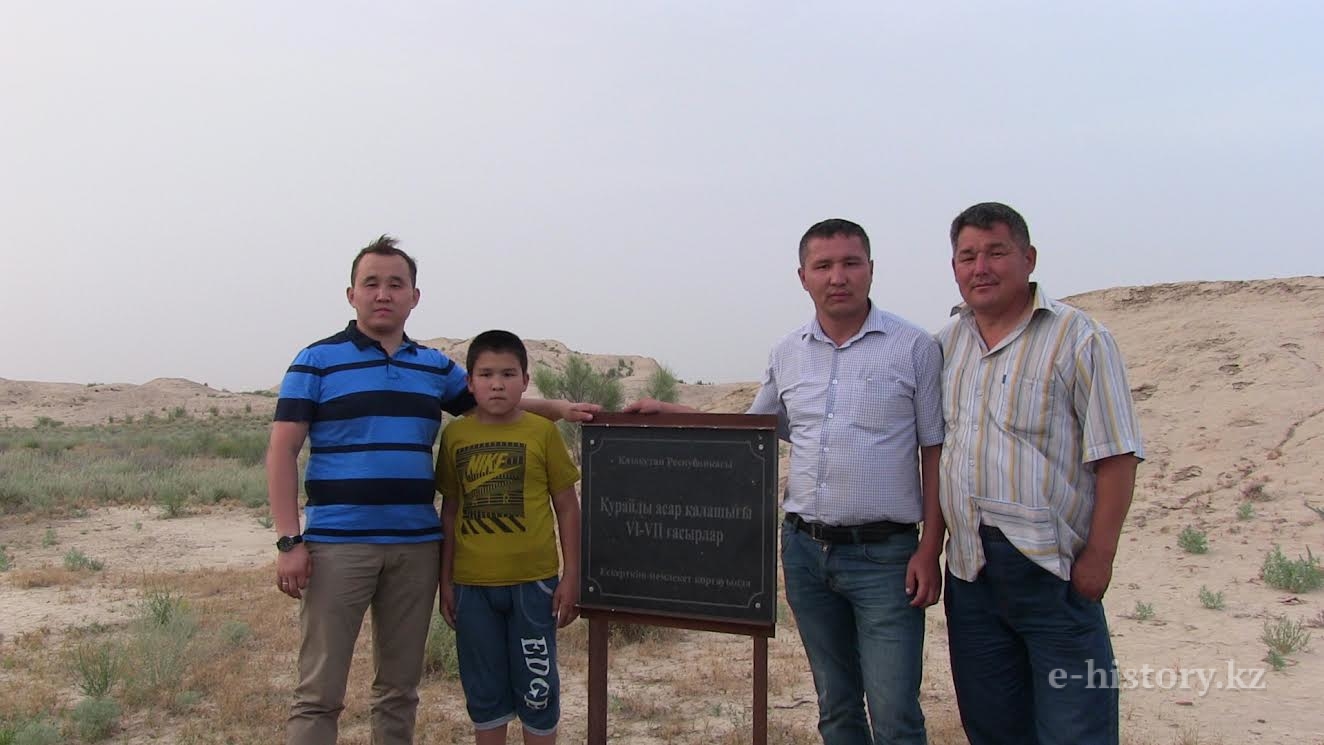 The event was attended by researchers and historians of the institution for the protection of historical monuments of Kyzylorda oblast, employees of the “Korkyt” memorial complex and journalists of the National Digital History portal. Syrdarya is a region rich in historical and cultural monuments, the land of ancient cities that have hidden the secrets of the centuries. The joint special expedition, organized to resume works on the restoration of historical monuments, propaganda of this priceless heritage to the general public, visited the places of ancient cities of the Zhetiasar culture - one of the monuments located on the southern geographic belt and along the Silk Road. According to the staff of the institution for the protection of historical monuments of the Kyzylorda region, today 532 historical and cultural monuments are under state protection. Out of them 21 republican, 274 local values, 237 objects are taken for preliminary accounting. 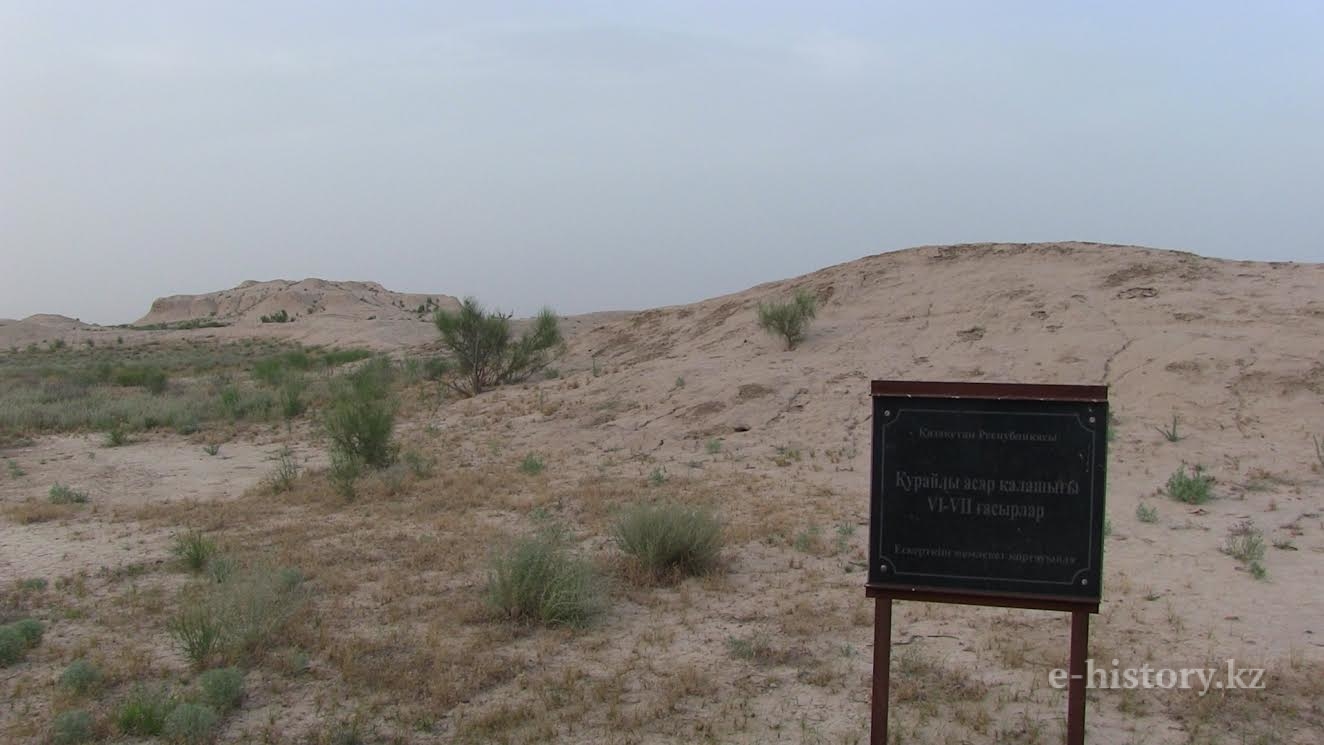 Initially, participants of the expedition visited the madrasah-mosque of Kalzhan Ahun in the Syrdarya district, and paid respect to their ancestor. Then they visited the “Korkyt Ata” memorial complex in the Karmakshy district. Having become acquainted with the history of the “Korkyt Ata” memorial complex, having rested and listening to the melodies of the kobyz located in the museum, they continued their journey and visited the complexes of the Zhetiasar culture.

Zhetiasar is an ancient settlement of the Kanly tribe of the 1st and 3rd centuries BC. The ancient cities of Kanly make up a group of ancient monuments located along the old riverbed of Huandarya, the lower reaches of the Syrdarya River. The city existed from the middle of the 1st millennium BC and prior to the beginning of the IX century AD. In their own common similarity of these monuments, the researchers attributed them to the same culture and named the Zhetiasar culture, after the name of the Zhetiasar gorge, where most of them were concentrated. Another interesting fact, if you climb to the top of the hill, then around you will see six large and small hills and at the same time a hill where you stand there will be seven. This is the main feature of culture. 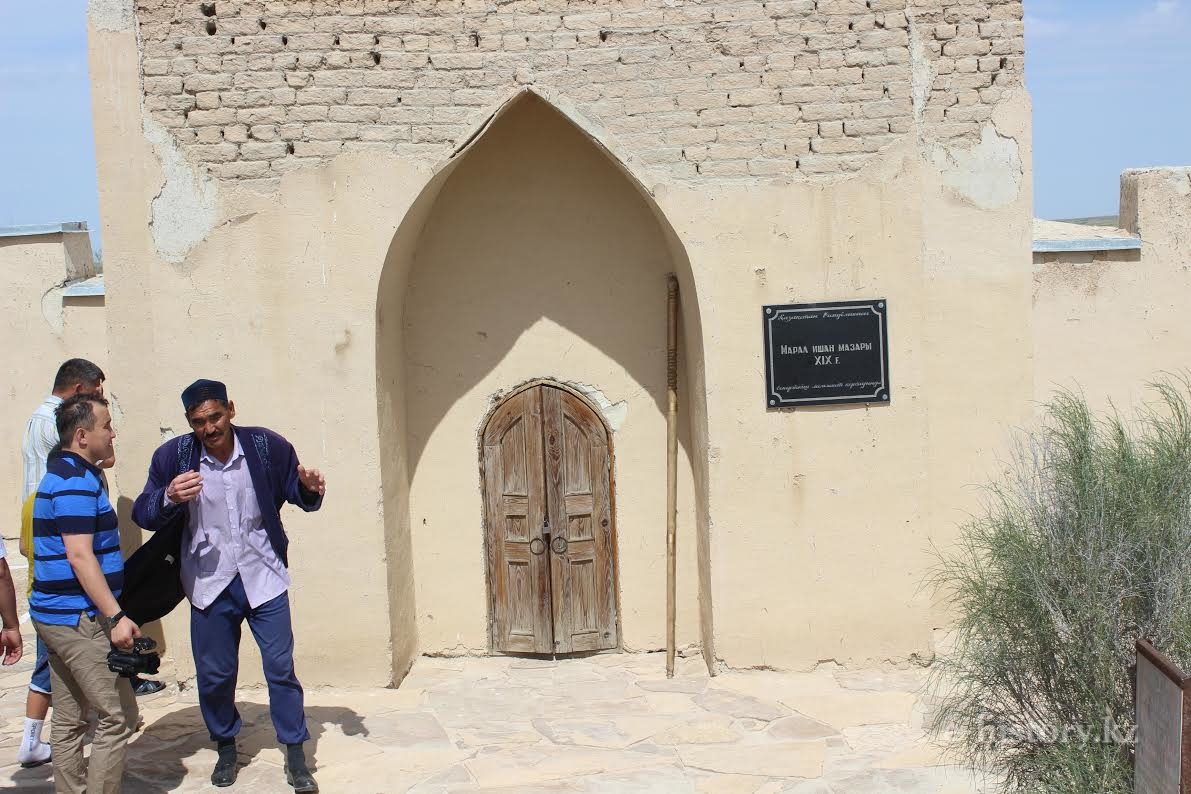 The historical and cultural expedition "Culture of Zhetiasar - a trace of history" through the district center of the Karmakshy district of the village of Zhosaly, reached the aul Turmaganbet - the homeland of more than 100 narrators and singers, and then drove off to the town of Zhalpakasar, located 10 km from the village. Climbing the hills, we saw scattered pieces of jugs and remains of bones. According to historians who are members of the expedition, the people living around the hills engaged in farming and animal husbandry. 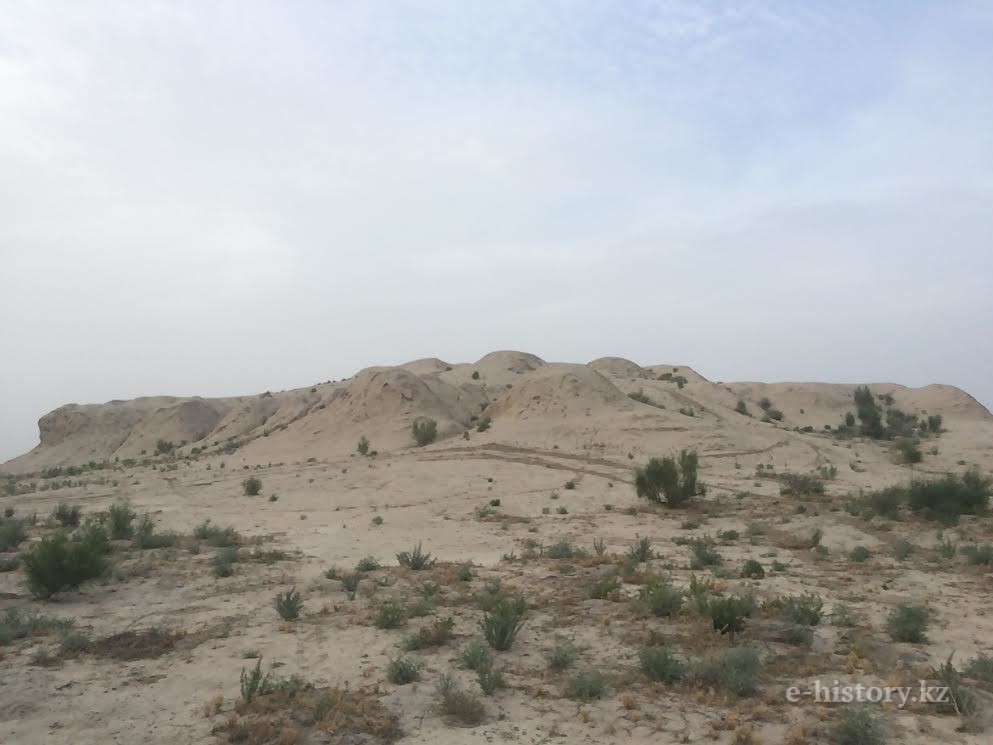 "S. Tolstov who was engaged in the study of historical localities, divided the hills into three groups according to the peculiarities of the structure. The first group is fortresses with buildings, the second - large fortresses without construction, with a powerful defensive system, and the third - a defensive system, with various living quarters," says E. Eleuov, researcher at the institution of protection of historical monuments.

The participants of the expedition seemed to plunge into the history of the ancient cities of Karmakshy and Zhalagash districts. The fortresses are located close to each other. Some hills are surrounded by ancient fortifications. We got acquainted with the peculiarities, the present state of these fortresses. For example, Kuraily Hill, where we stopped, used to be a defensive fortress. To protect the people from enemies from outside, sentries were along the hill. 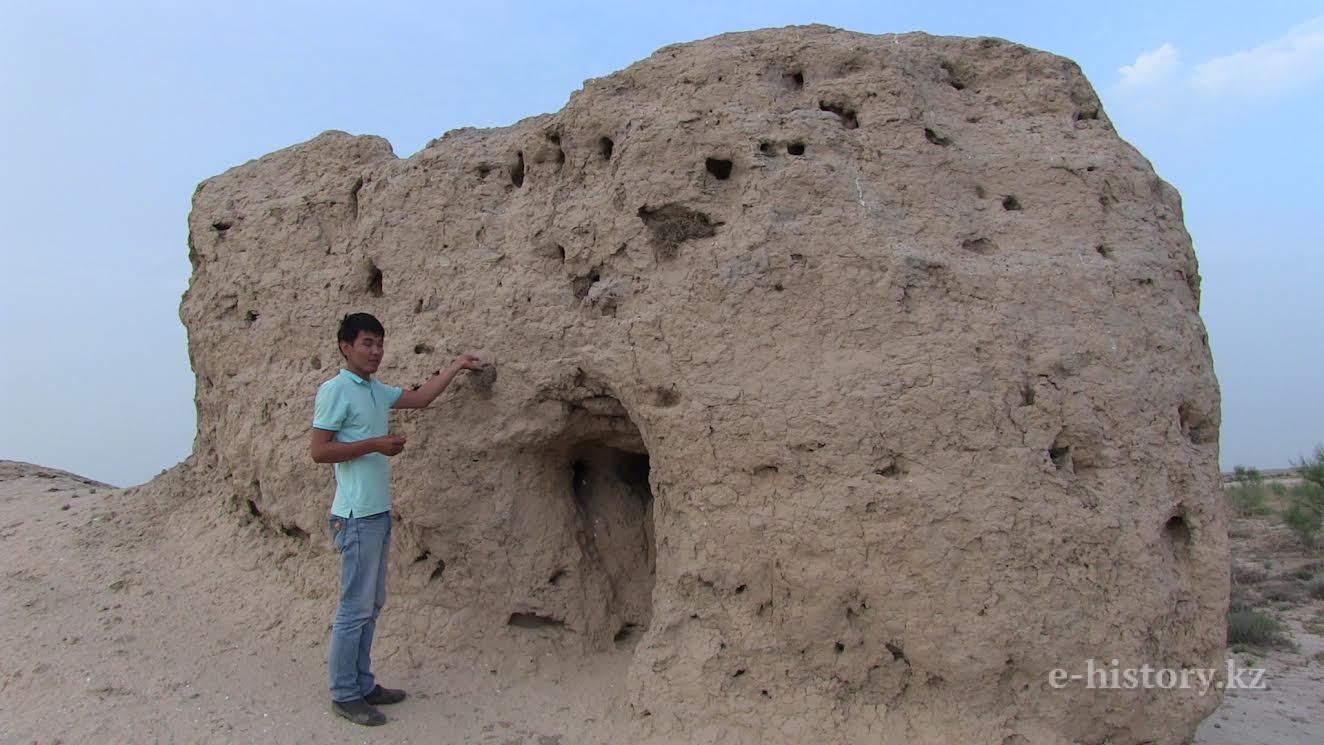 So, our historical and cultural expedition "Culture of Zhetiasar – a trace of history" visited three districts of the Kyzylorda region and came up with opinion about the need to provide state support to the Zhetiasar monuments. Among all the ancient sites, excavations and restoration works were conducted only in the settlement of Altynasar. All settlements of Syrdarya region are taken under the state protection and registered in the institution for the protection of monuments of historical heritage. The next goal is to acquaint the world community with the unique historical masterpieces of the Syrdarya region, place of living of our great ancestors and indicate the direction for their inclusion in the heritage protected by UNESCO.

The National Digital History portal informs that valuable information and archival documents regarding the Zhetiasar culture will be published for the readers of the portal in three languages.

The necessity of carrying out complex research works of fortresses which with the course of time began to lose its appeal is also evident. And the road leading to them does not tolerate criticism. If the representatives of the competent authorities would have taken up the solution of the problems of the Zhetiasar culture, including the repair of the roads leading to it, then tourists and historians would certainly be interested in this site of ancient settlement.