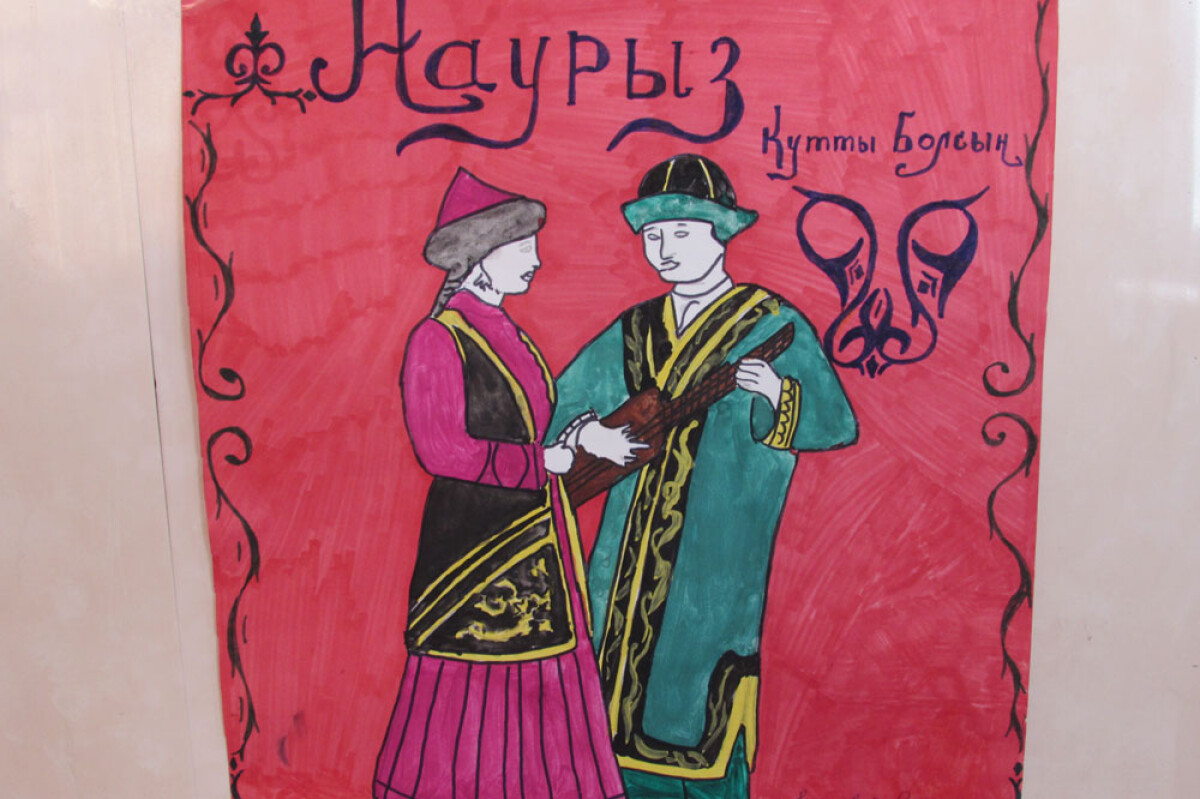 The history of Omsk is inextricably linked with the history and culture of Kazakhstan. Omsk Kazakhs observe traditions and annually celebrate Nauryz

Omsk fortress was founded 300 years ago for the defense of the South Siberian borders by the Buchholz expedition at the mouth of Omi. In the XIX century Omsk was the administrative center of the Steppe region, from where the control of the Kazakh steppe was carried out. But the historical ties of the Kazakhs with the southern regions of Western Siberia have a long history.

The Kazakhs penetrated into the settlements of Siberian Tatars in the 15th century in the days of Abulkhair Khan, when he was at the head of the association of "Uzbek Kazakhs", visited Tobol, Chimge-Tura (Tyumen), owned the region of Tara.

There is a legend that the father of the ancestor of the Siberian Khans of Taybuga was the Kazakh Khan Mamyk, who was killed by Genghis Khan. In the first half of the XVI century nomad camps of the Kazakh Khan Tugum were located on the Siberian lands. In the 16th century, in the basin of the upper Tobol, Ishim and Irtysh, there were nomad camps of the Kazakhs of the central regions of Kazakhstan. The Siberian chronicle reports Kuchum's conquest of the Siberian Khanate: "Come to the steppe from the Cossack Horde, Tsar Kuchum, Murtaseev's son with many military men". As part of the soldiers were Kazakhs.

In the memory of Omsk Kazakhs, customs and traditions that are very important in their meaning have survived. One of them is the celebration of Nauryz. The correspondent of the "NDH" portal managed to get acquainted with the "Omsk cuisine" of the holiday closer. 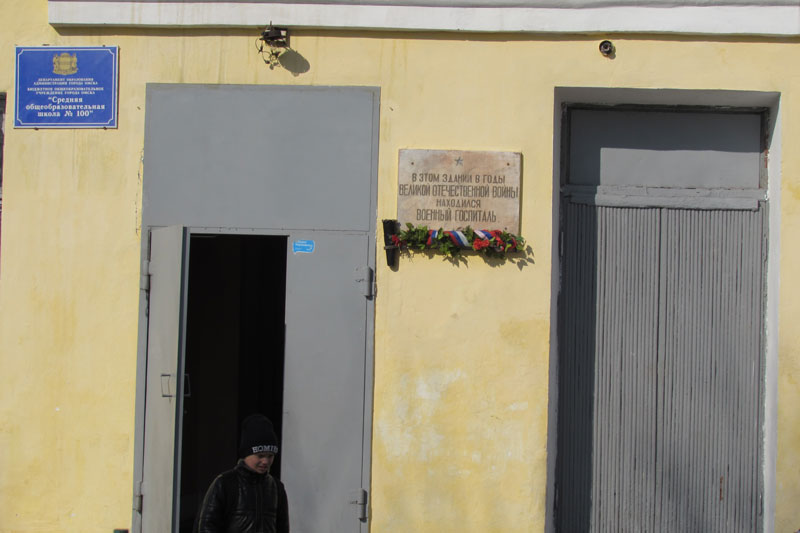 Dina Kaliakparovna Smagulova, methodist of the Siberian center of Kazakh culture "Moldir", told about the peculiarity of the celebration of "Nauryz-2017" in the Omsk region.

- Today, March 22, in the school № 100 in Omsk is a concert dedicated to the celebration of Nauryz. Tell us about this event.

- This school is not the first year hold such an event these days. This school is distinguished by the fact that children of Kazakh nationality here constitute a large percentage of pupils. And also the headmaster of the school Muratova Orynbasar Zaykimovna and the teaching staff of the same Kazakh nationality. Therefore, the spirit of this holiday is very close to them, and we are grateful to the administration for taking the initiative to hold the holiday.

Nauryz is being held at the city level in this school for several years already. I gather children, invite bands and our groups, tell on the class hours and introduce the children to the traditions of this holiday. 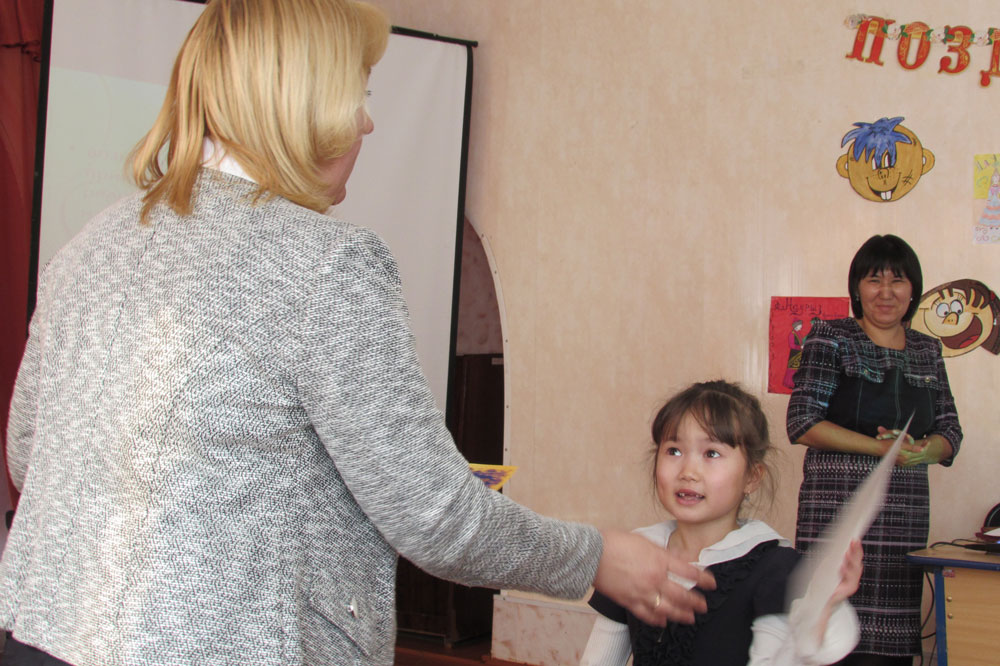 Rewarding the winners of the recitation contest

- Who else is invited as participants for this concert? 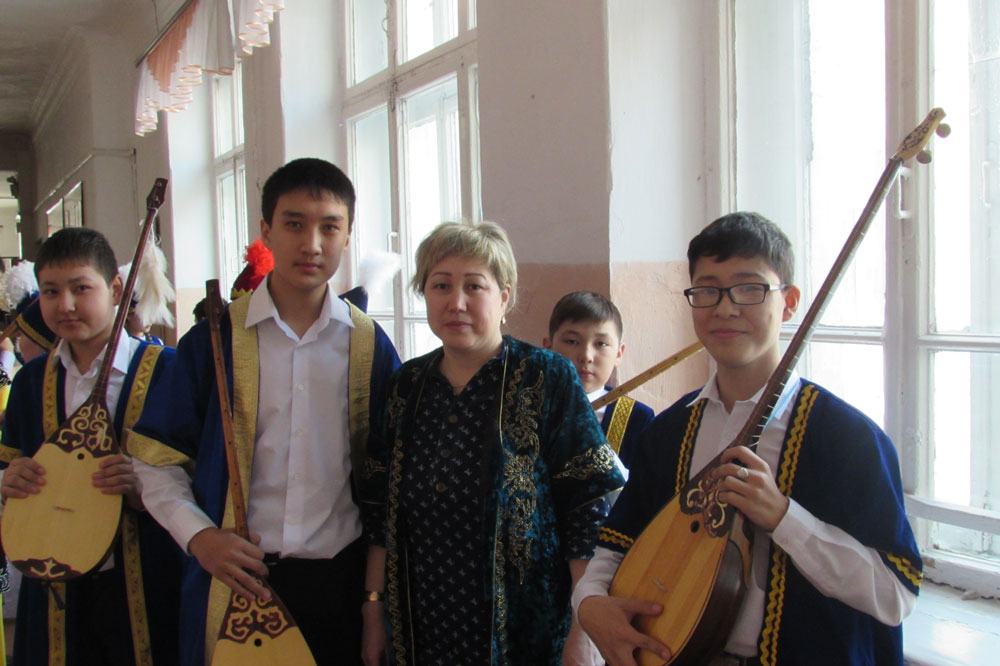 Dombrists of the "Sozvezdie" center with their creative leader A. Iksanova

- How does the local administration support you?

- Support is expressed in the fact that the holiday is gaining popularity, for the third year we have been holding a city holiday Nauryz, with the participation of many creative groups. This holiday was attended by more than 15 thousand guests. In the square, on the street folk festivals, traditional concerts, Kazakh national cuisine, yurts, Kazakh ethnic coloring of the holiday is very beautifying the life of our city. 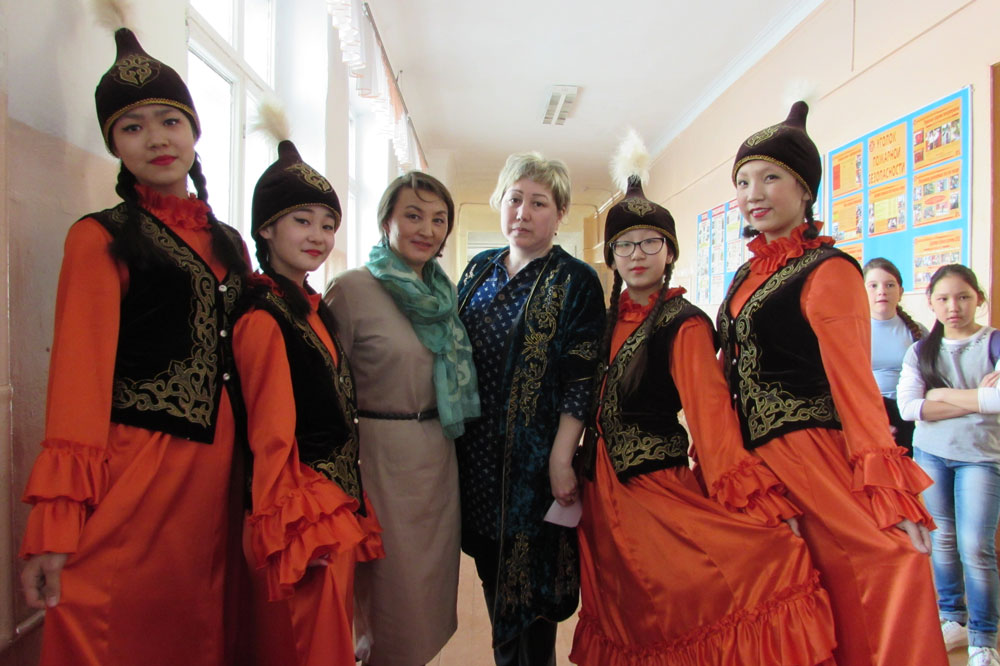 - Is this only one of the events dedicated to Nauryz?

- Yes, in recent years, there has been a growing popularity of the holiday. It is gratifying that the holiday covers schools, students of higher educational institutions. This holiday is celebrated at the level of the city and districts. 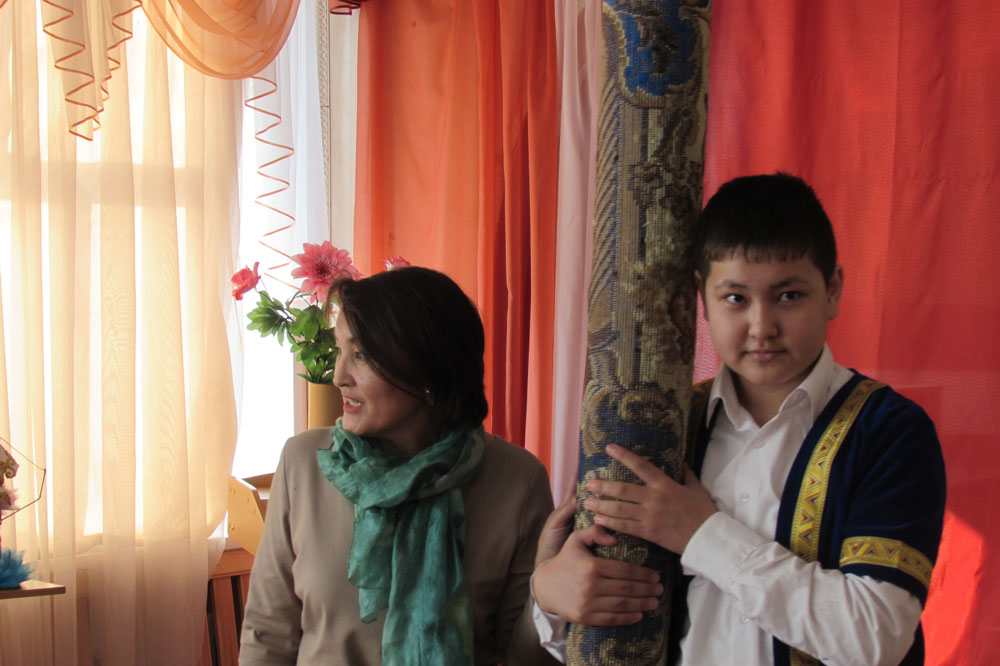 - On Sunday, March 19, 2017, the holiday of Nauryz was held by the Kazakhs of the Nazyvaevsk district. All guests were invited to celebrate Nauryz in the village of Pokrovka. A rich dastarkhan was racked with refreshments prepared by Kazakh women from Pokrovka, Baiymbet and Siryevka. Children swung on the Altybakan, played board games, which brought to them the representatives of the public organization "Kazakhs of Omsk". The festive program was full of sports competitions: kettlebell lifting, arm-wrestling, tug-of-war and wrestling.

The crown of the holiday was horse racing 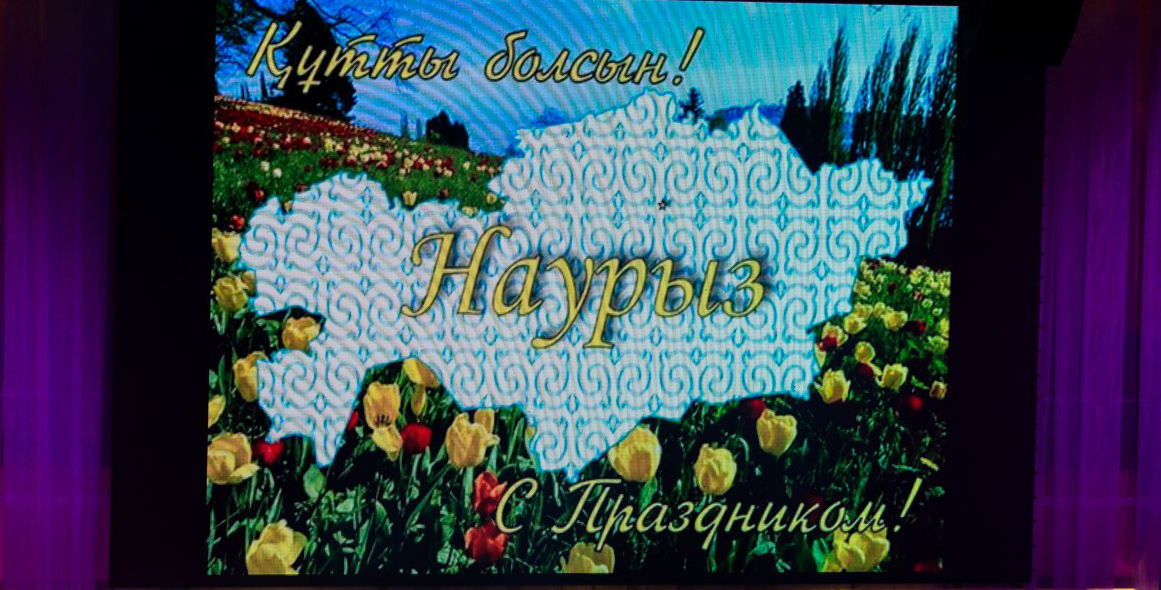 And on March 23, at one of the best Russian stages, in the Concert Hall of the Omsk Philharmonic, the cultural center "Moldir" gave a huge festive Nauryz show. In general, the center continues to celebrate Nauryz from 1989 without interruption. Already 28 times "Moldir" gathers Omsk citizens, guests of the city and guests from Kazakhstan. Among the invited stars, it is worth noting the honored figure of the Republic of Kazakhstan Askar Naimantayev, the finalist of the Moscow festival of the Kazakh song "Altyn Kuz", the singer from China Bazarbay Murat, the artists of the North Kazakhstan Regional Music and Drama Theater named after S. Mukanov (Kazakhstan), as well as the creative collective "Moldir", collectives and soloists from the Pavlograd, Shcherbakul, Azov, Maryanovskiy districts, students of music schools in Omsk. 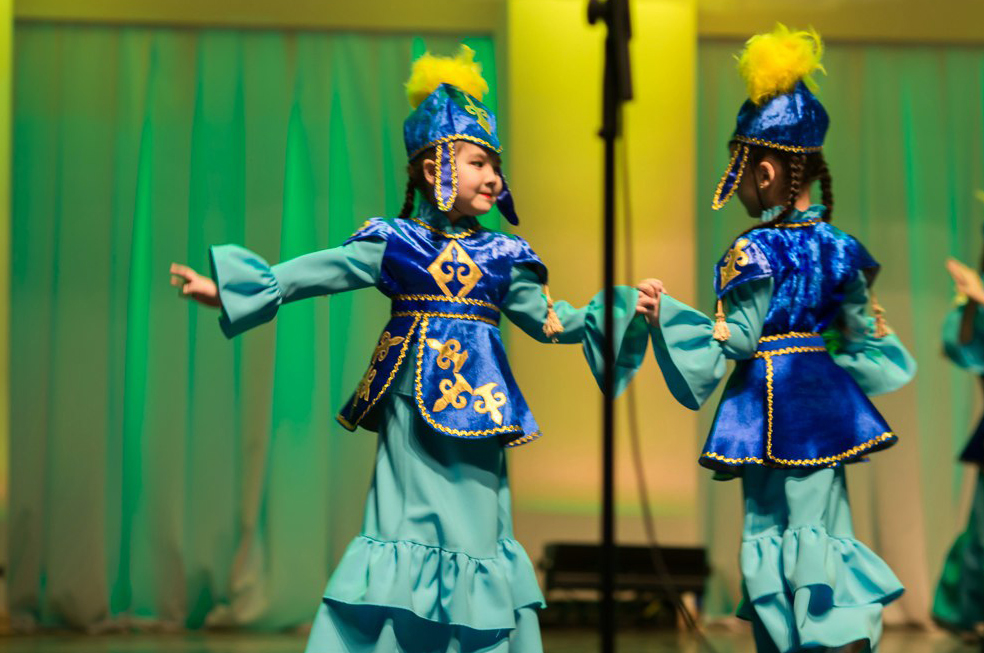 Performance of the concert participants

In the Concert Hall this evening the atmosphere of kindness, love, joy and spiritual uplift reigned. Artists from the stage gave their creativity and good mood to their favorite audience. 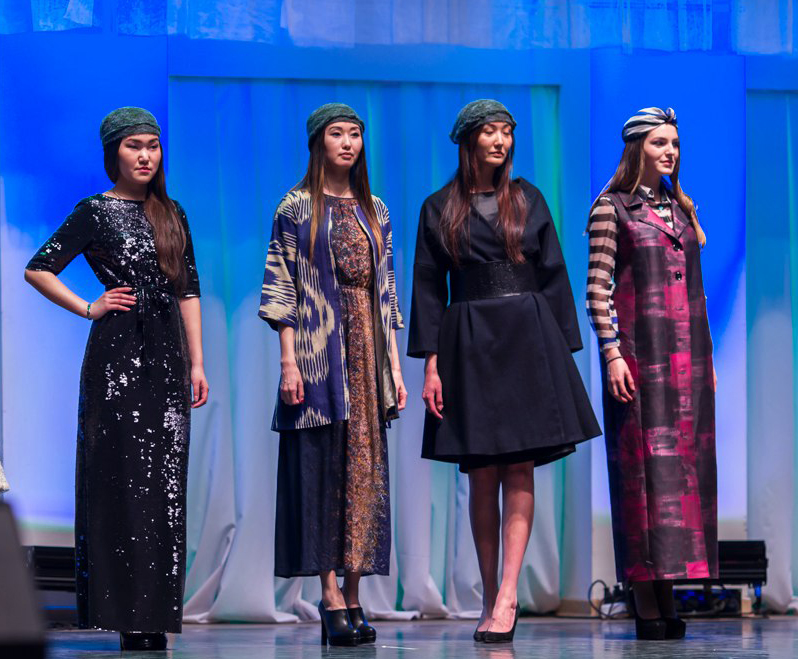 Models impressed the audience with their beauty

The program featured a collection of ethnic styles entitled "Rubai" by the winner of the International Design Contests, a member of the Union of Artists of Russia Yermek Khapizov. 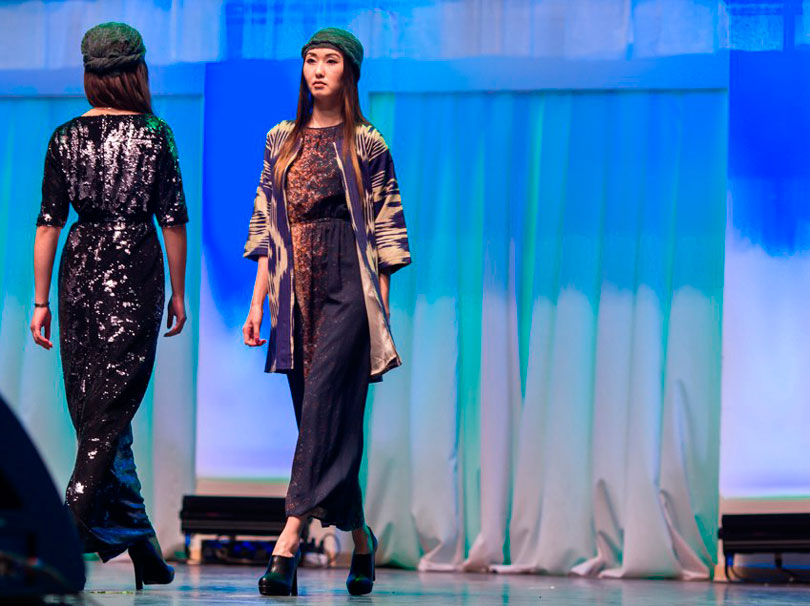 Speaking about the center's activity, it is necessary to note the merits of one person, the founder of the center "Moldir", the ideological mastermind, the head of the center Altynay Khayrullovna Zhunusova. By her efforts, strong will, positive energy, this holiday is held. 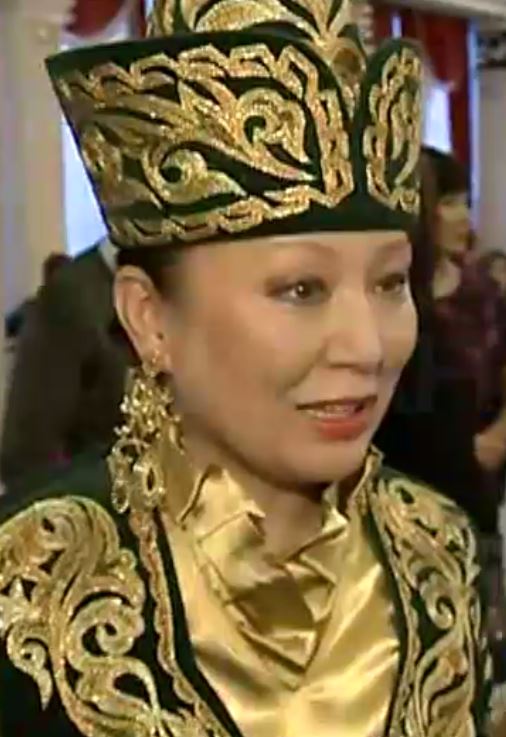 - More and more districts of the Omsk region are celebrating this holiday, in fact, the holiday was forgotten, but in recent years we managed to somehow activate people. People learn more and know what kozhe is - a national dish, which consists of seven components. Seven is in general the magic number among the Kazakhs, everyone should visit seven houses, seven guests need to be hosted" said the head of the Siberian Center of Kazakh Culture Altynay Khayrullovna. 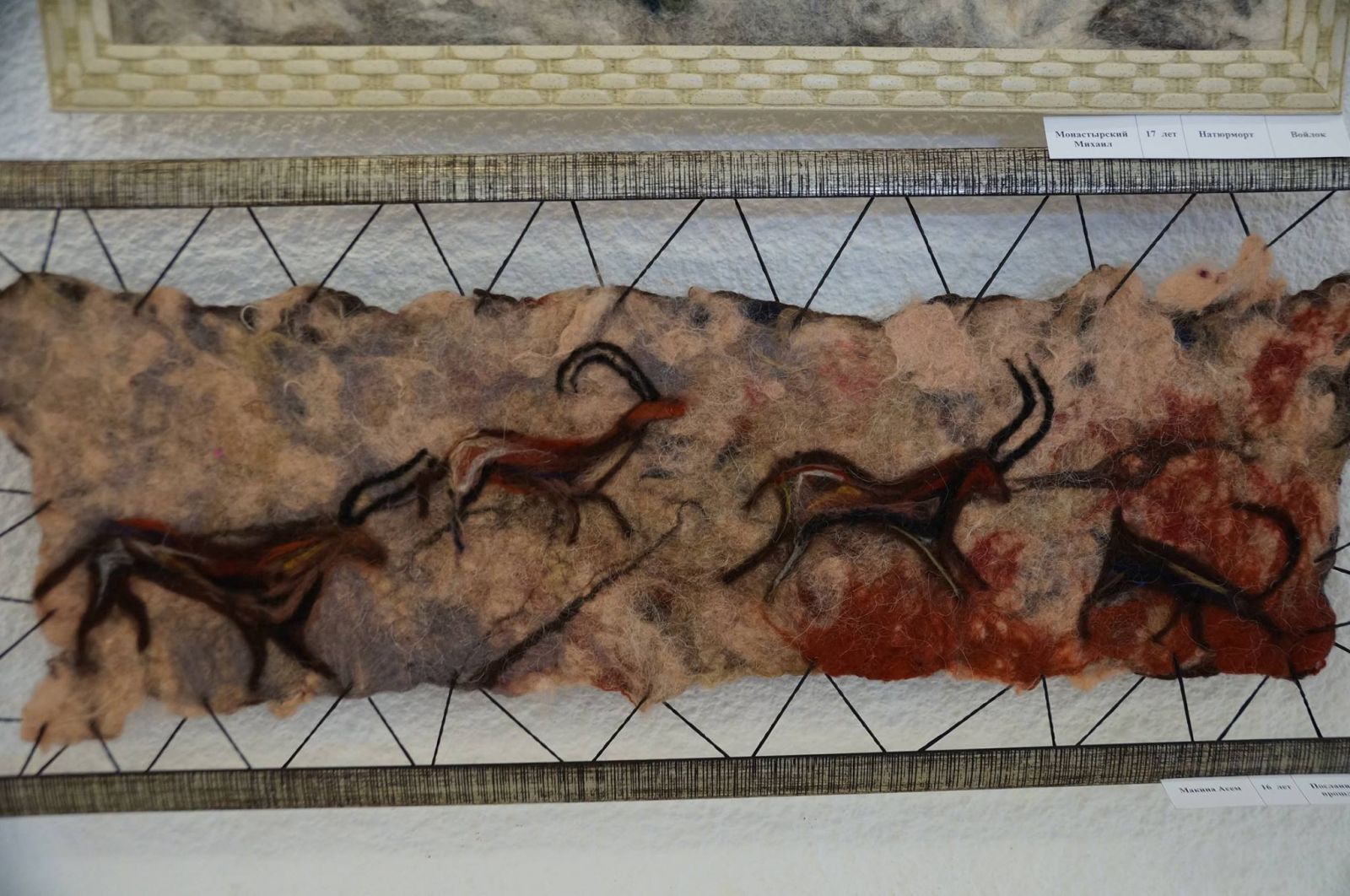 The next day, the “Moldir” Center continued the celebration of the Nauryz holiday in Kurgan, where the exhibition "Turkic Motives" was opened in the Kurgan Regional Art Museum. 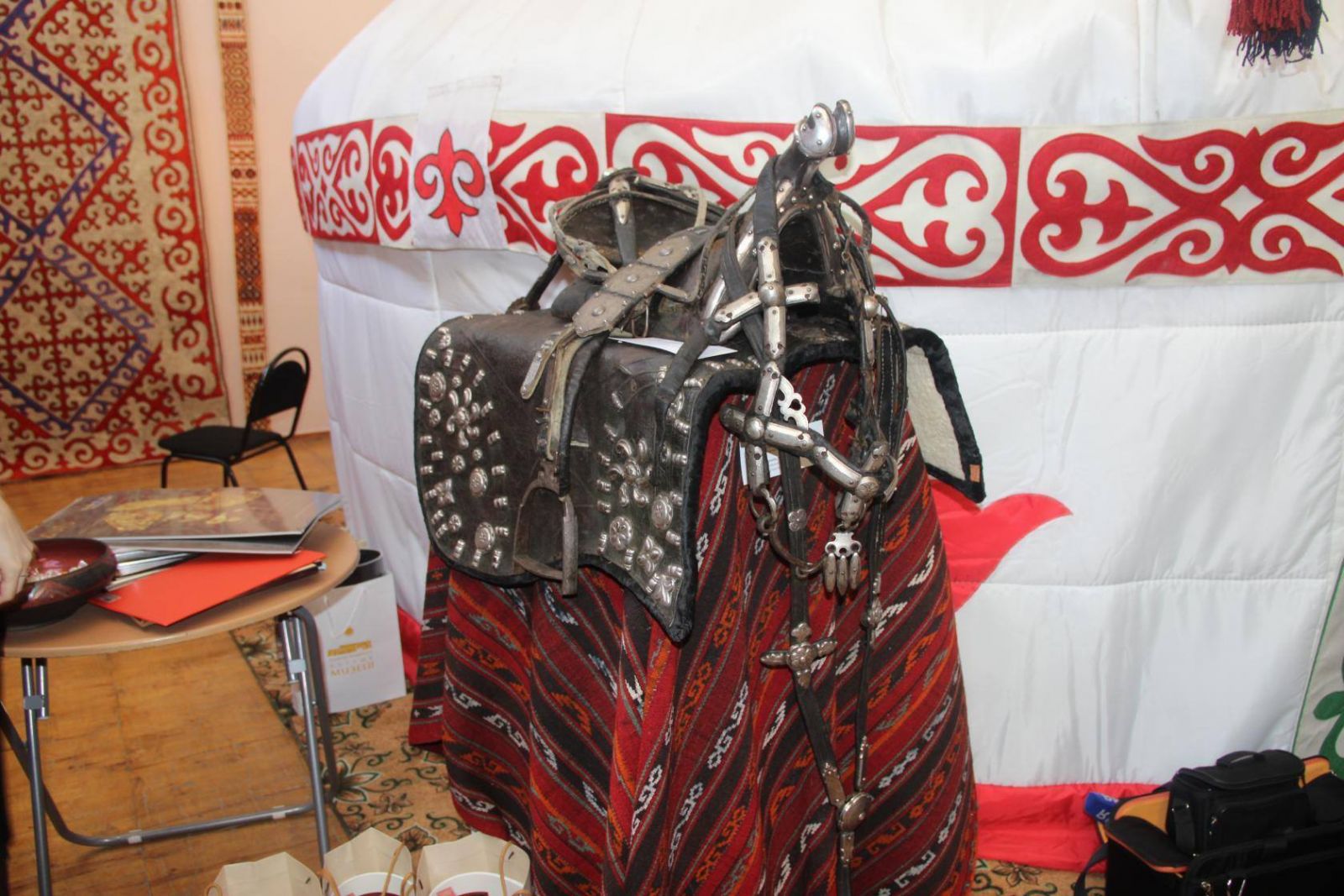 The exhibition is striking in its uniqueness. Museum exhibits provided by the National Museum of the Republic of Kazakhstan, demonstrate the unique and original color of traditional Kazakh objects of decorative, applied and jewelry art, objects of everyday life, costume and home. 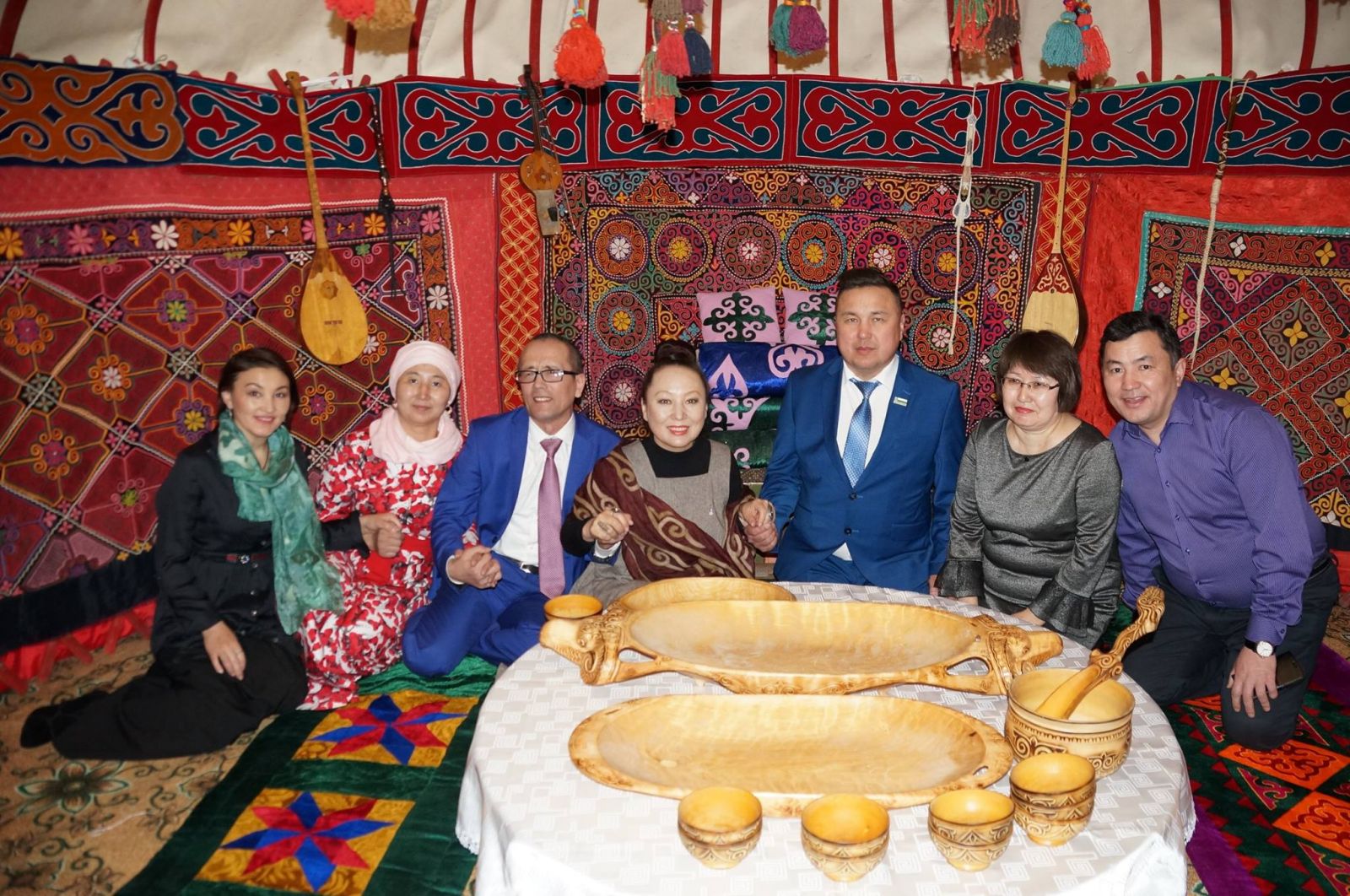 In one of the halls is represented the real Kazakh yurt with all its decoration. 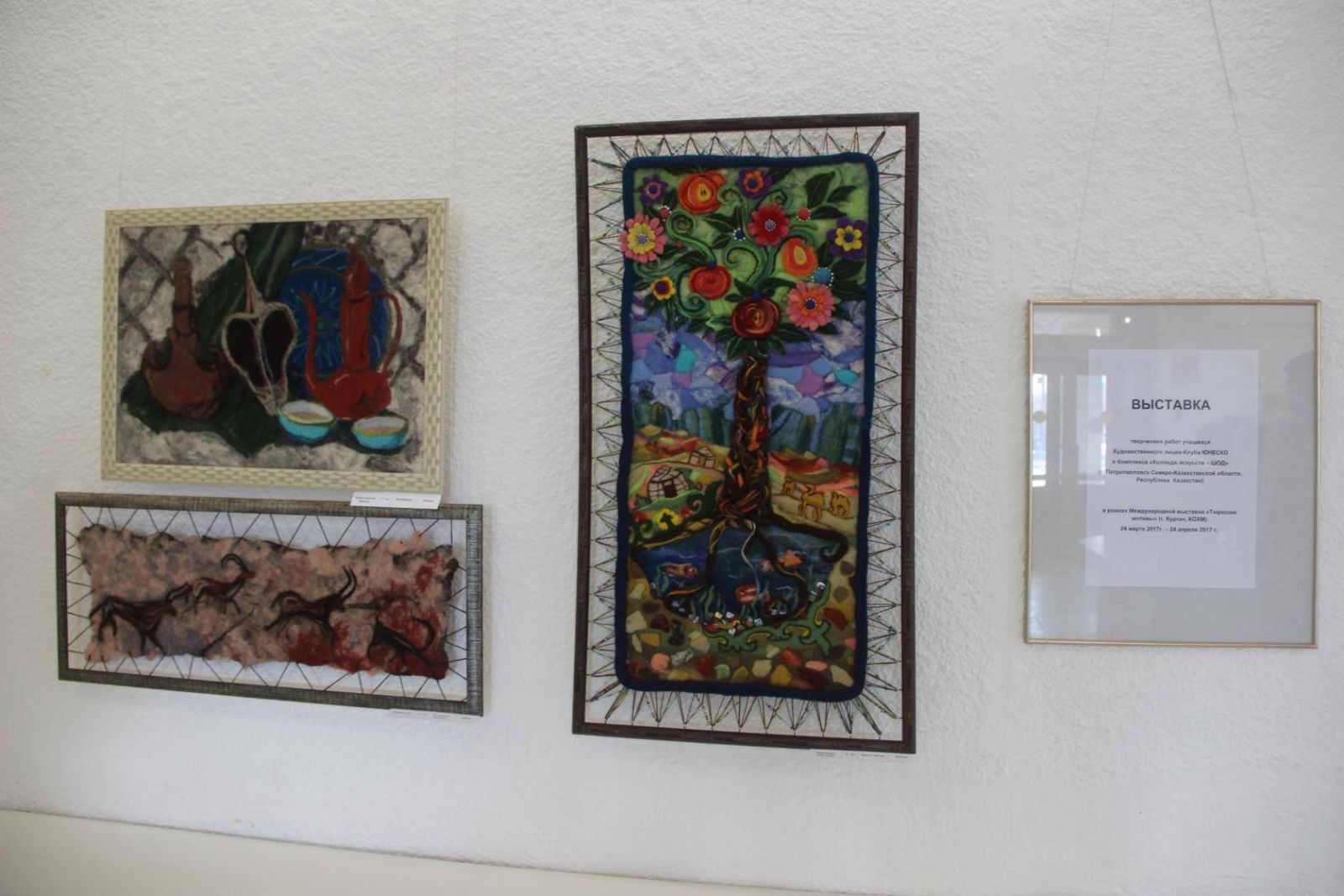 It is very pleasant that the Kazakh traditions are preserved on the Omsk land and they continue to be honored and respected!