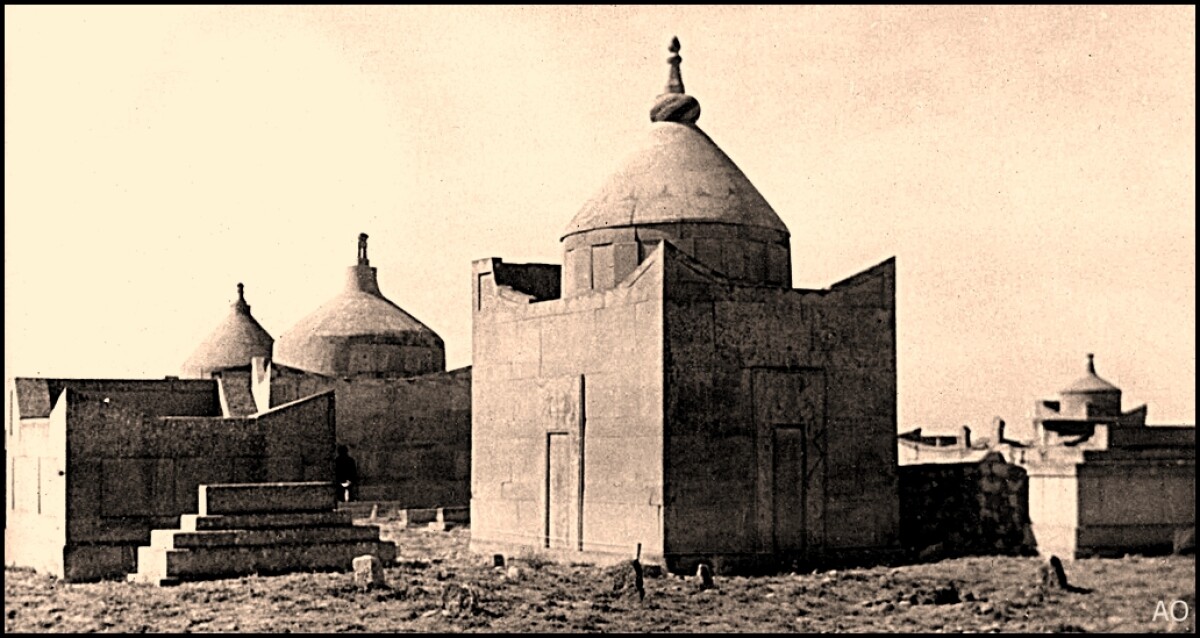 In the 19th century, in the architectural practice of the national masters of Mangystau, significant changes occurred, in the direction of significantly enriching the forms and improving the quality of their decoration. The appearance of long two-handed steel saws made it possible to easily obtain large facing plates from the local stone with a perfectly flat surface. Facades and interiors of dome mausoleums and Sagan-tams began to be decorated with contour carving and various polychrome paintings. For the paintings both mineral and organic dyes were used. Some of them were bought in the bazaars of Khiva, Astrakhan, Orenburg, and others - the masters prepared themselves using the colored clays with which the Mangystau Mountains are rich, and various plants. 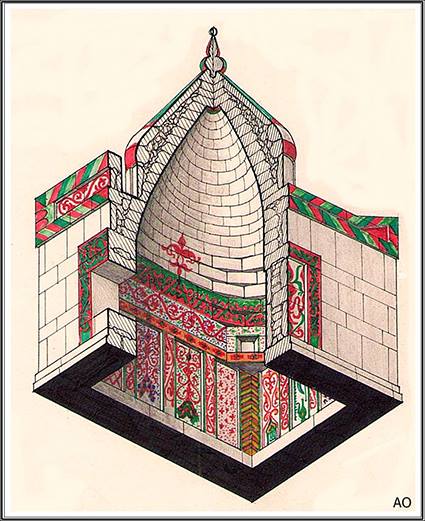 The type of the dome mausoleum, formed by the end of the 19th century

During the whole field season, which we conducted with colleagues on the necropolis, except for measurements and other types of fixation of the monument, the mural paintings of several mausoleums were carefully examined and copied. In the interiors of the dome mausoleums the murals have been preserved almost in pristine freshness. On the facades of the mausoleums and in the interior of the Sagan-tams, the colors under the influence of water, wind and sun changed. Some colors have burned out, leaving areas lighter than the stone itself, some have become oxidized, turning into black or brown colors. This gave rise to the first researcher of the monuments of Mangystau, M. Mendykulov, to consider them as mourning tones. 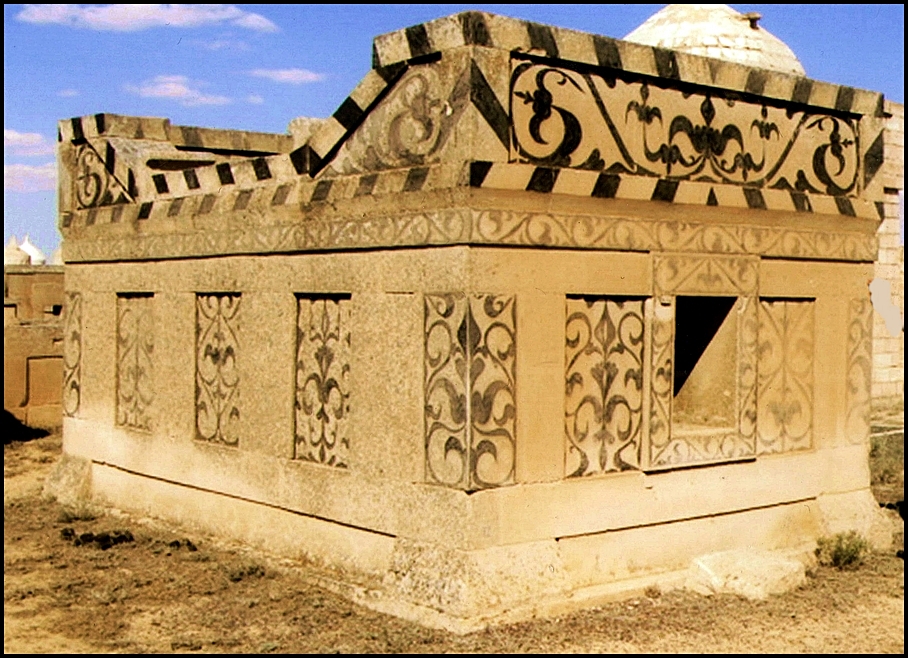 Comparing the murals in the interiors and on the facades, and also fixing the remnants of the colorful layers in the shadowed depressions of the relief, we made reconstruction of the paintings on the facades and in the interiors of the Sagan Tams. Apparently, the nature of the paintings was incredibly major - no "funeral" colors. This report presents the works of Usta Kalmukhanbet, an outstanding master who created dozens of large mausoleums and hundreds of small architectural forms in Mangystau. In addition, he created his local school in the person of several masters, among who were his sons. 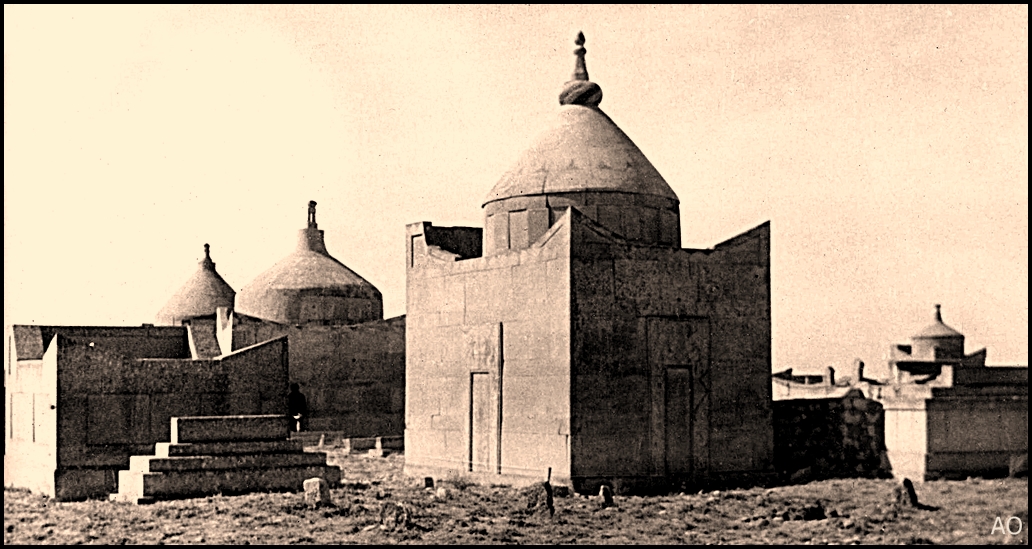 Kalmukhanbet was a universal master. He was an architect, a builder and decorator. Being a competent person and a good calligrapher, he made inscriptions on his works. Fixing the epigraphy of the necropolis of Kamysbay, I unerringly determined his handwriting. One of his inscriptions on a small kulpytas just shocked me. Typically, the standard inscription on the Mangystau gravestone begins with the Muslim formula "there is no God but Allah, Muhammad is his messenger." 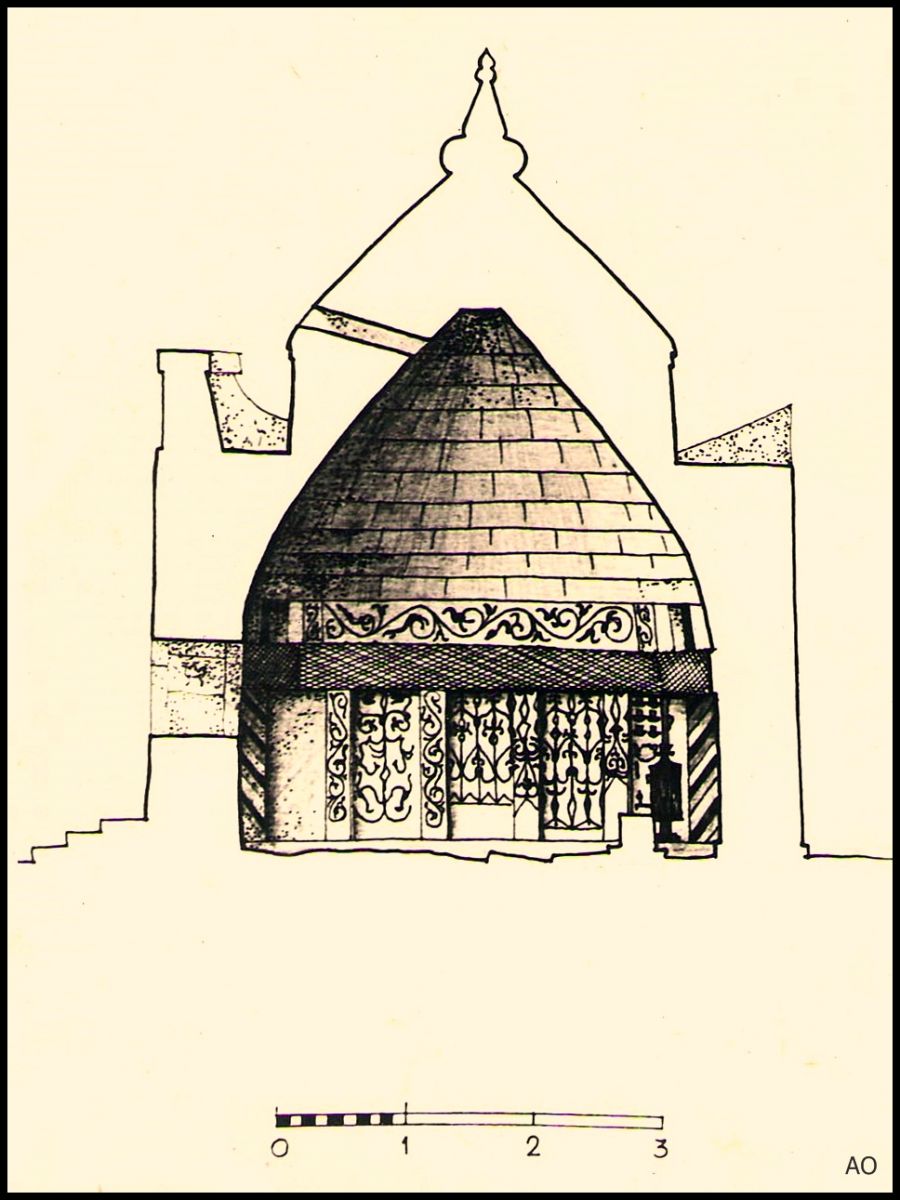 Next comes information about the buried and ends with the autograph of the master. Then I see - "There is no God - master Kalmukhanbet!" I have already said that the masters of Mangystau were genuine professionals. Only considering himself as the Creator, the architect could exalt so high. Mausoleum of Bibish is amazingly lyrical and light, distinguished from other dome mausoleums monument - Kalmukhanbet built for his wife in 1907. A few years later he was buried in this mausoleum. 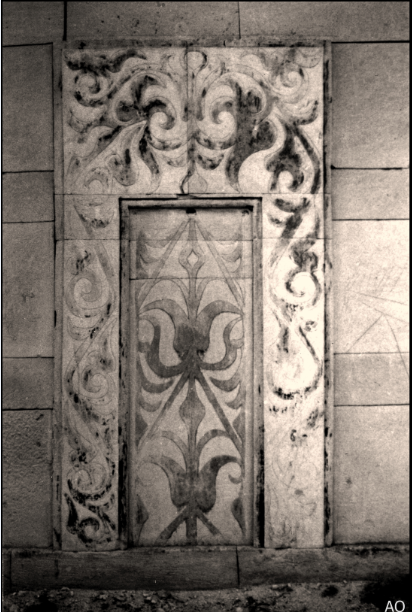 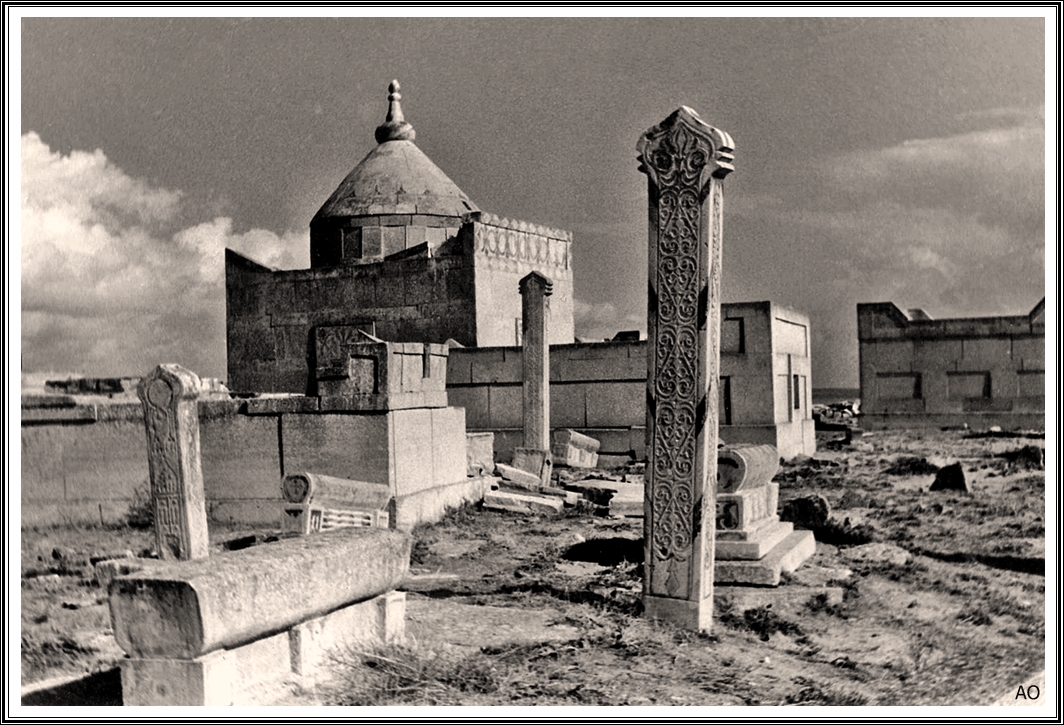 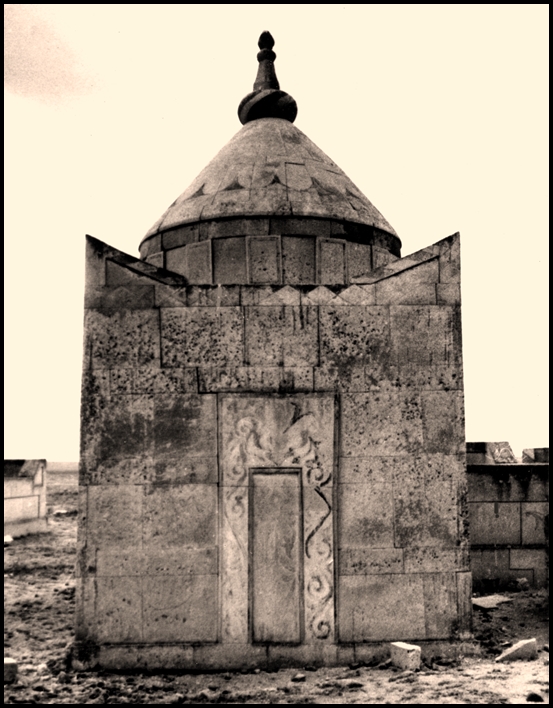 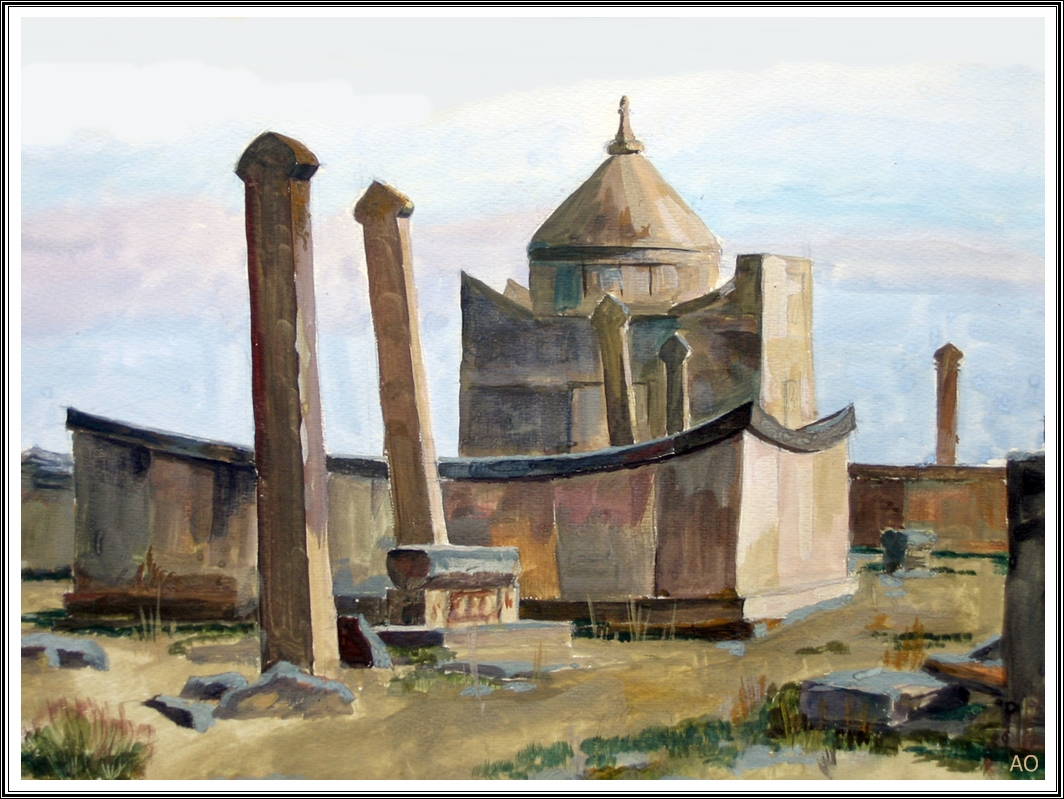 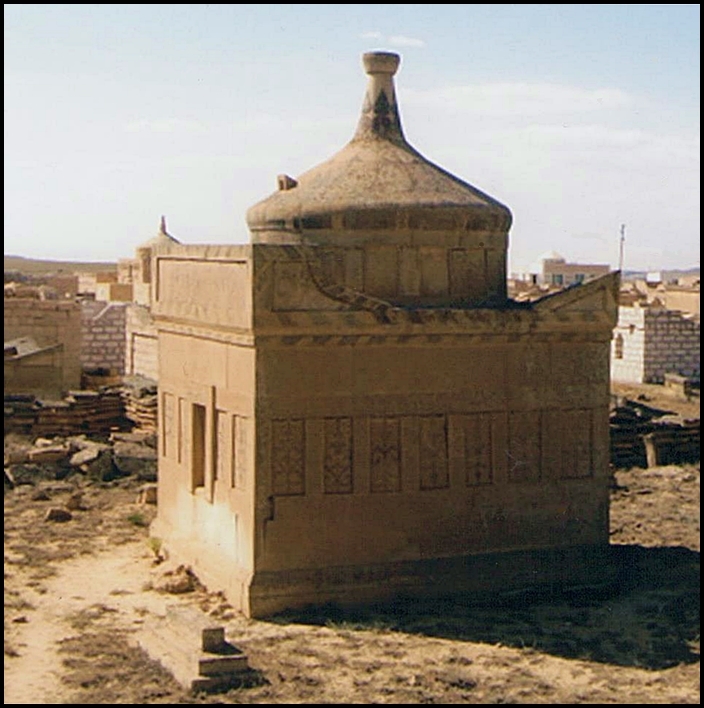 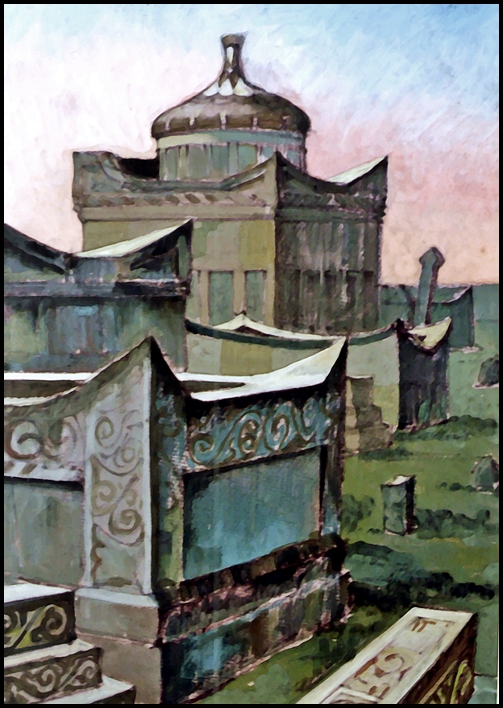 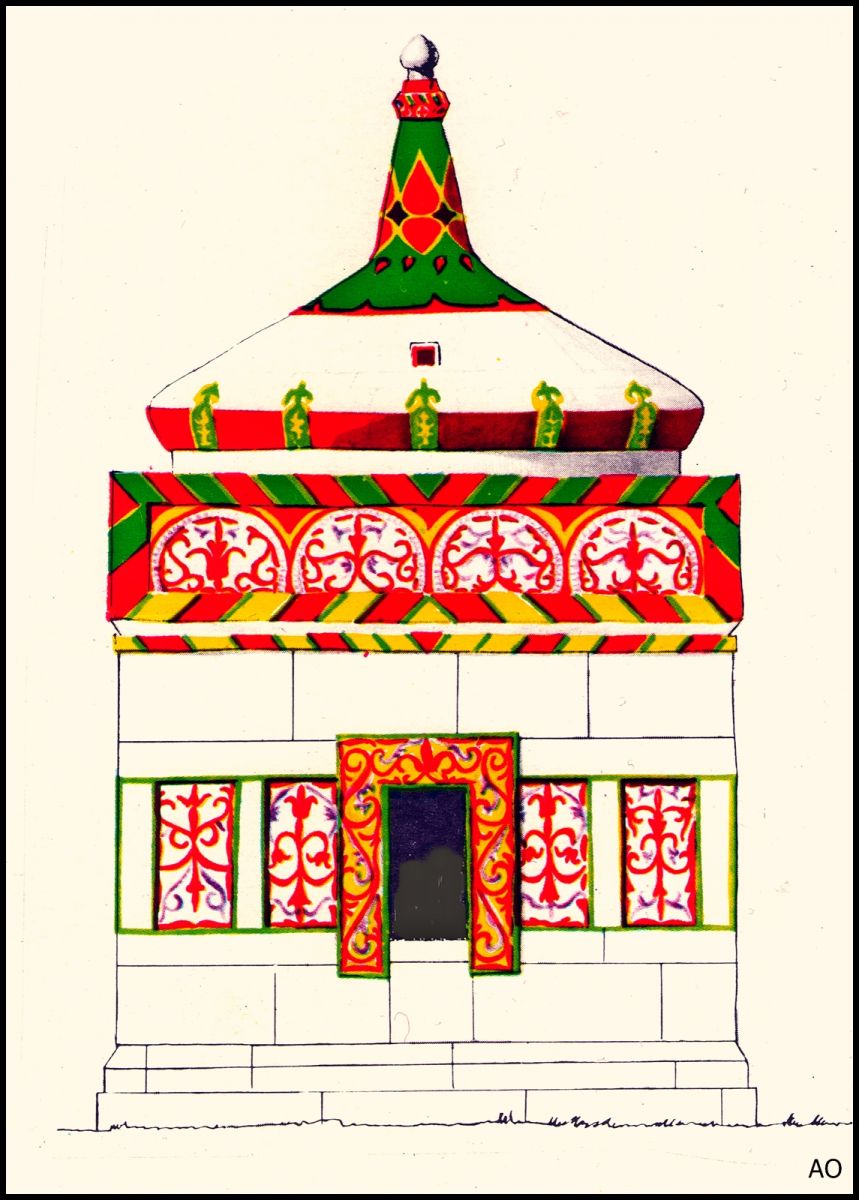 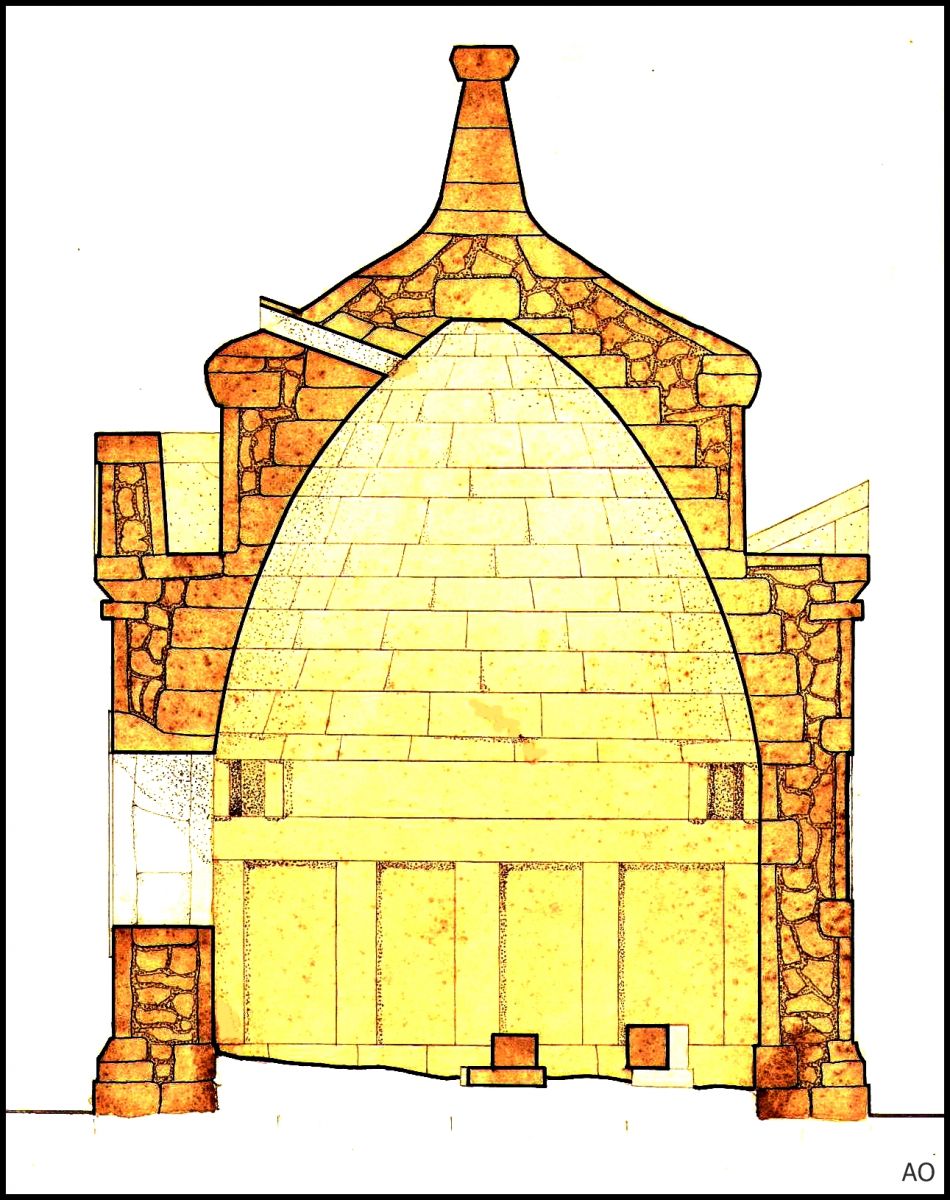 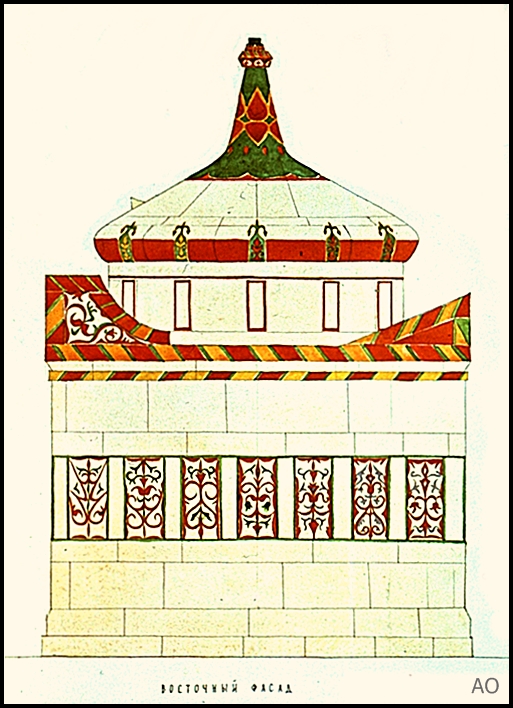 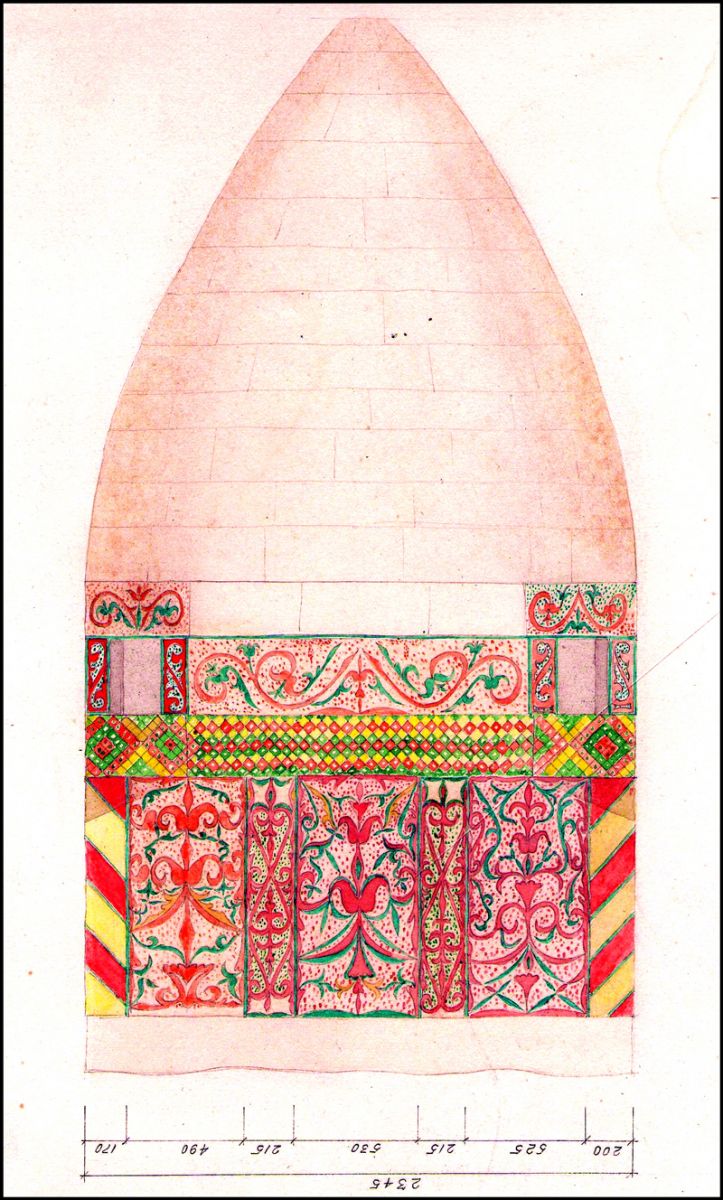 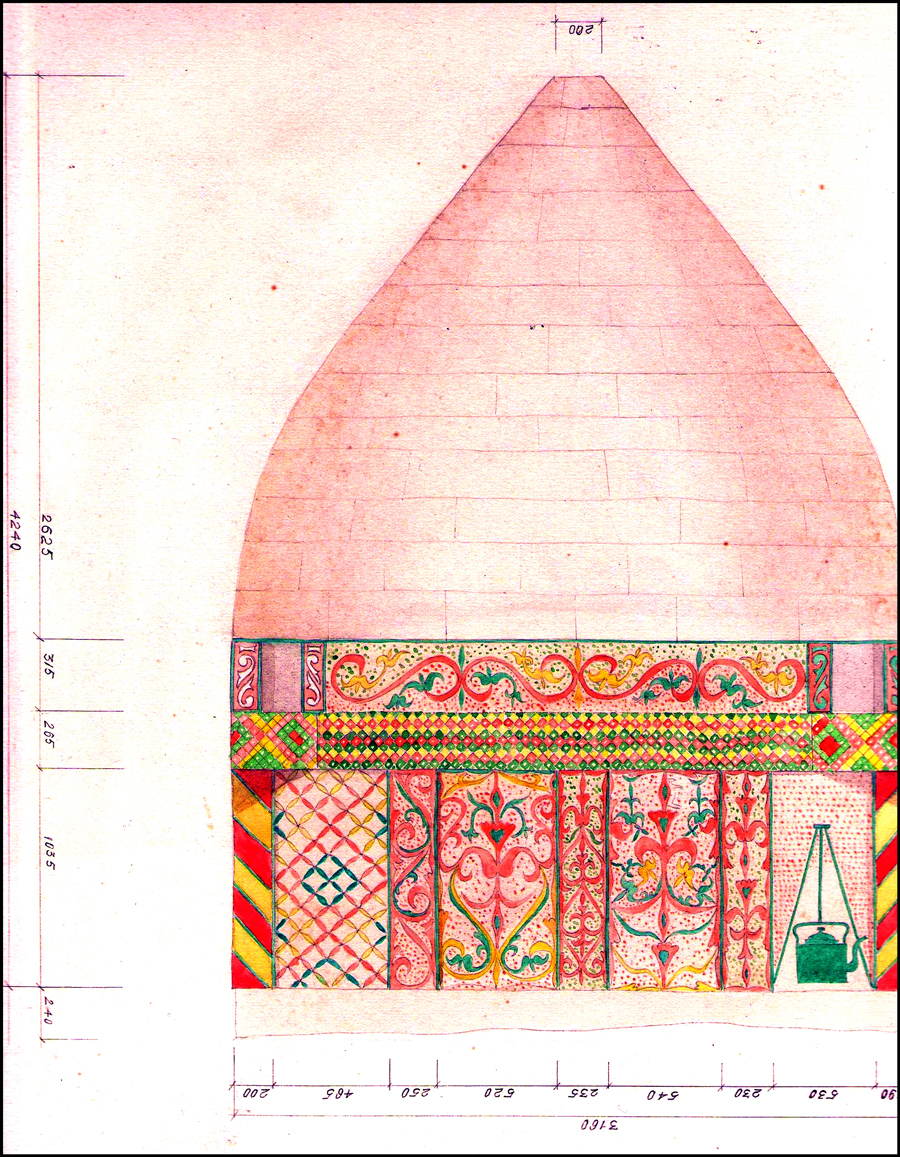 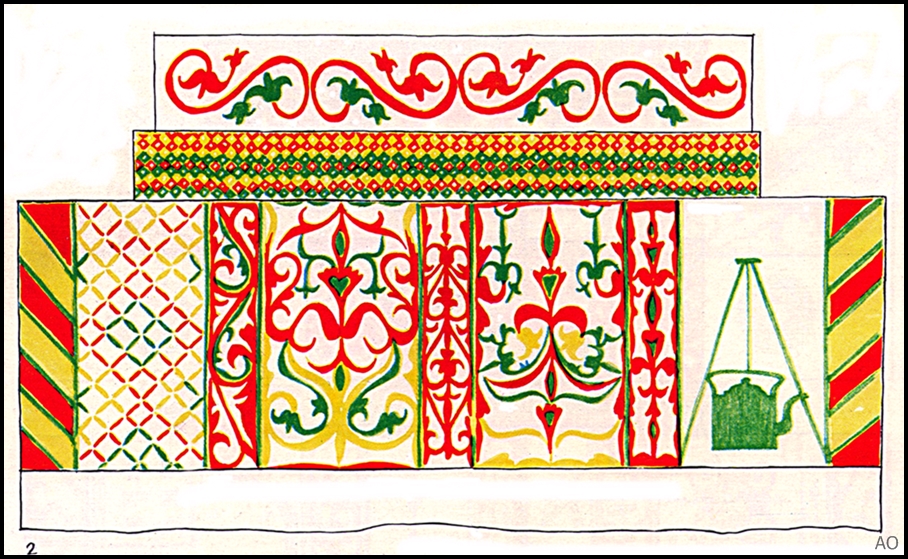 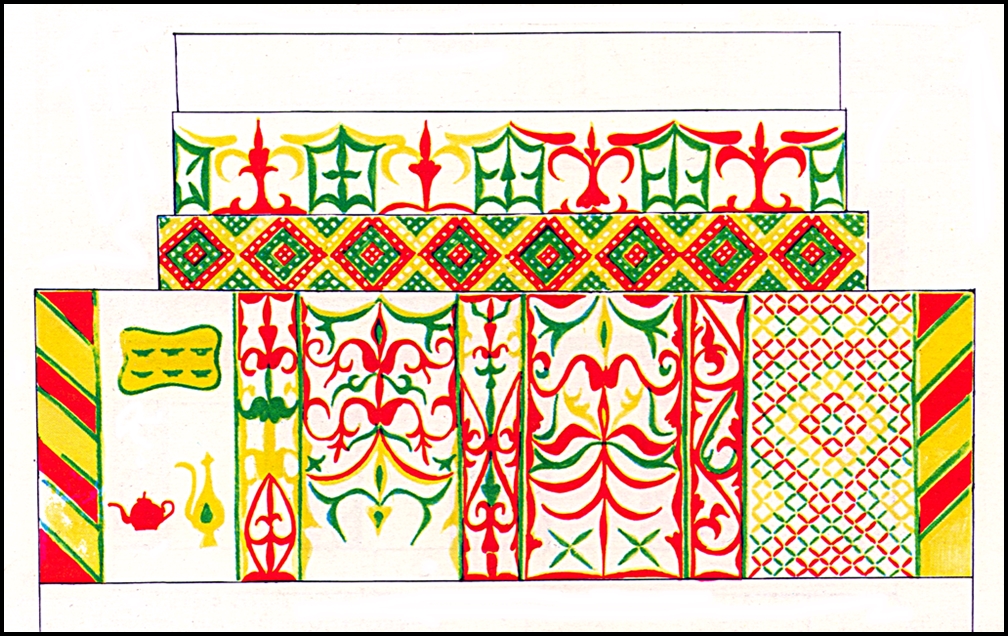 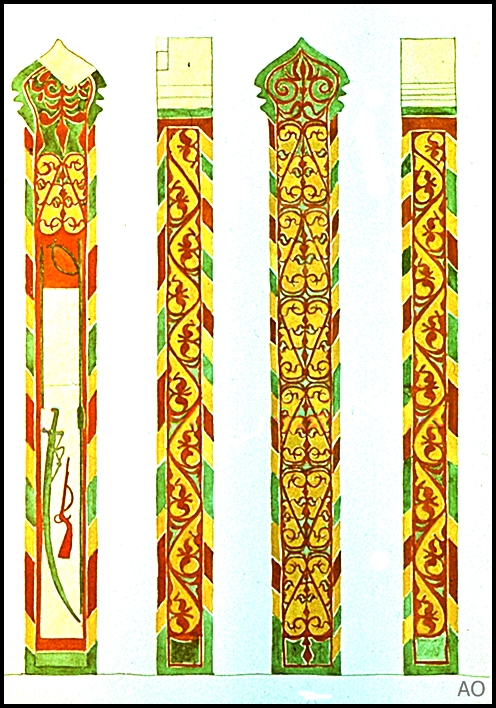