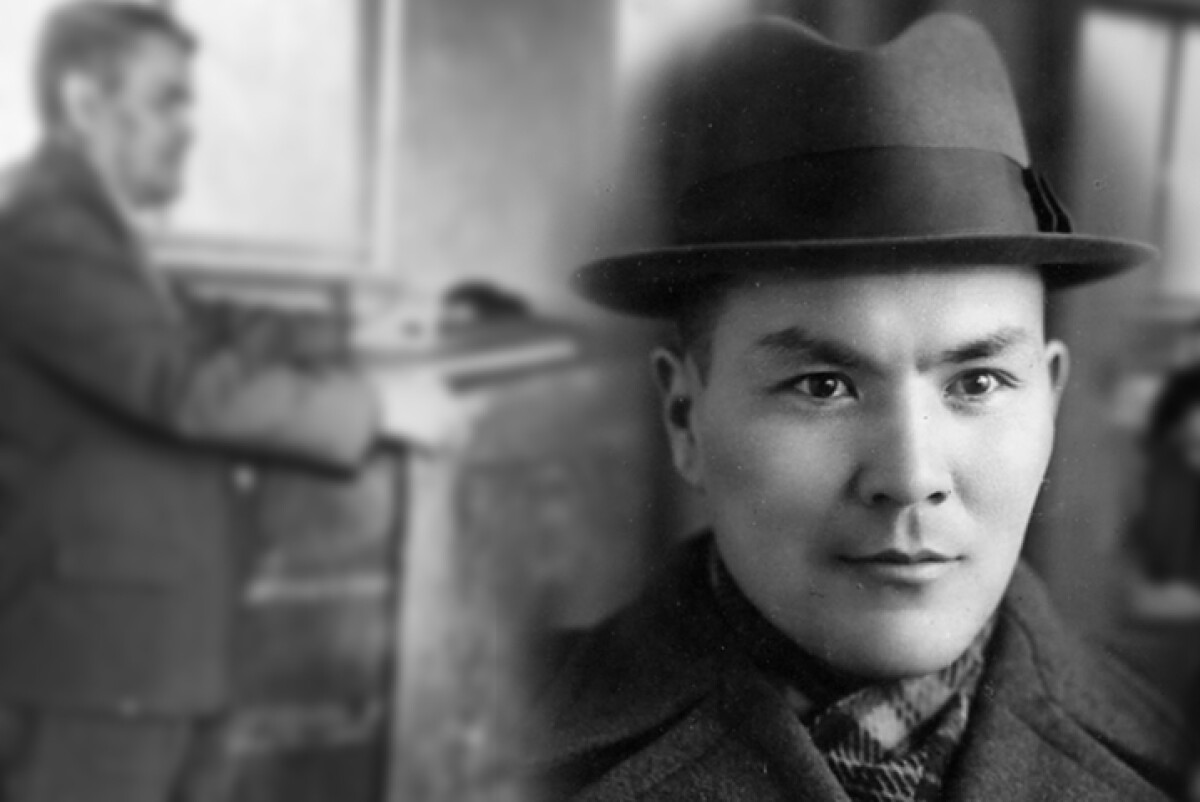 After the death of Ermukhan, his wife Halima apai turned to his friends, students, researchers, so that they remembered what a man he was. So the book "Memories of Ermukhan Bekmakhanov" appeared

After graduation Ermukhan was sent to Kazakhstan, in Alma-Ata. He began his career in the Institute of Teacher Training at the People's Commissariat of the Kazakh SSR, at the same time he conducted the lessons of history in the school № 28 (now the school is named after Manshuk Mametova). First, students who took lessons of Ermukhan Bekmakhanovich, were critical of the new teacher, as before him they taught an experienced teacher. Gradually Ermukhan Bekmakhanovich earned a great reputation among the students with his knowledge, ability to enthrall with stories about history. So recalls his school teacher Amina Esengeldina, who, unfortunately, was not able to issue her memories in writing.

1941. The Great Patriotic War. Ermukhan wanted to defend the homeland, but for health reasons (he was registered in the TB clinic and regularly undergo preventive treatment) was non-obliged. As a lecturer at the Central Committee of Communist Party of Kazakhstan, he made a great political and propaganda work in the rear, for which he was awarded the Order of the Great Patriotic War. Professor Zhumagali Ismagulov recalls Ermukhan-lecturer, how oratorical he lectured at Semiozersk without written text, setting out the situation at the front, how convincingly he answered questions from the audience. 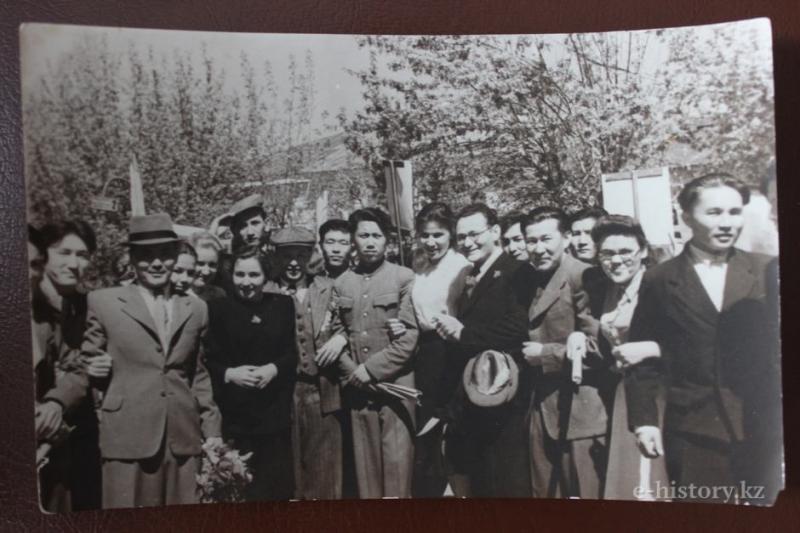 In 1942 Alma-Ata hosted evacuated scientists from Moscow, Leningrad. Ermukhan was appointed coordinator between scientists and the agitation and propaganda department of the Central Committee Communist Party of Kazakhstan. Among the scientists who came was a professor of the Latvian, Yan Yakovlevich Zutis who lectured at Voronezh Pedagogical Institute. Ermukhan recognized his professor, who was glad to meet his student, whom he had in his keeping in Voronezh. Ermukhan was thin, pale, poorly dressed. Ya Yakovlevich often lent him money and helped materially poor student could buy something to eat. Of course, Yan Yakovlevich told scientists how diligent, organized student was Ermukhan. And scientists themselves have noticed sociable, erudite young historian. So Ermukhan struck up a friendship with renowned scientists and historians. Anna Mikhailovna Pankratova, Nikolai Mikhailovich Druzhinin, Mikhail Porfirevich Vyatkin, Andrey Pavlovich Kuchkin became mentors to Ermukhan. They converted him to a science, and he with them, wrote the "History of Kazakhstan". Scientists helped Ermukhan defend his thesis. A.M. Pankratova, M.P. Vyatkin, Ya.Ya. Zutis were his opponents. Three years later (in 1946) Ermukhan defended his doctoral dissertation. Hes opponents were N.M. Druzhinin, M.P. Vyatkin, S.V. Yushkov. About how Ermukhan came to science, how ambiguous and difficult were his conditions, which formed his personality, wrote at length in his memoirs, Academician N.M. Druzhinin, Professor A.P. Kuchkin. 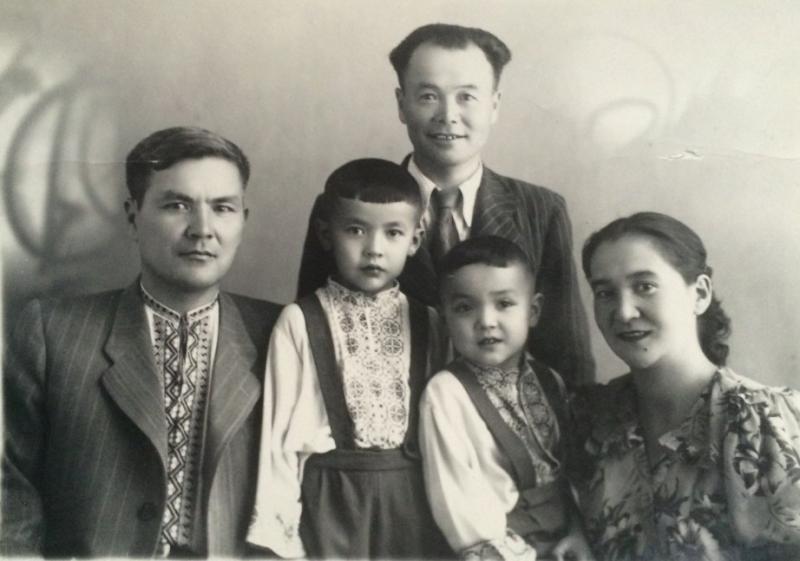 Two years VAK (Higher Attestation Commission) did not claim his doctoral thesis. Envious wrote that Ermukhan falsifies history, praised the Khans, the feudal lords, Bekmakhanov - nationalist, he was accused of plagiarism etc. Members of the Higher Attestation Commission, after hearing the author of dissertation, studied in detail its reviews, rendered a fair decision - to approve the degree of Doctor of Historical Sciences to E. Bekmakhanov. But the enemies were not calmed down. From 1946 to 1952 regularly appeared in newspapers and magazines devastating article about the monograph "Kazakhstan in the 20-40 years of the XIX century" and its author. The enemies had not only the deprivation of a doctoral degree, and Ph.D., expulsion from the party. The matter went to court; he was sentenced to 25 years' imprisonment in a strict regime camp. All this sustained Ermukhan. He was a very strong man endowed with enormous will. Two years in the camps of the Gulag had not broken Ermukhan. On his endurance, courage, optimism, I wrote in my memoirs, "Together for 20 years."

February 16, 1954 Ermukhan was released and did what he liked. He wrote a monograph "The accession of Kazakhstan to Russia", which was published in Moscow publishing house of the Academy of Sciences of the USSR in 1957. Again Ermukhan became a doctor of sciences, professor, head of the Department of History of Kazakhstan in the Kazakh State University, chairman of the Scientific Council for PhD theses on the history of Kazakhstan. This period of Ermukhan’s life recalled his student Issaev and graduate student T. Karataev, postgraduates Stambekov K., E. Mamiev, Turlygulov T., S. Sundetov. 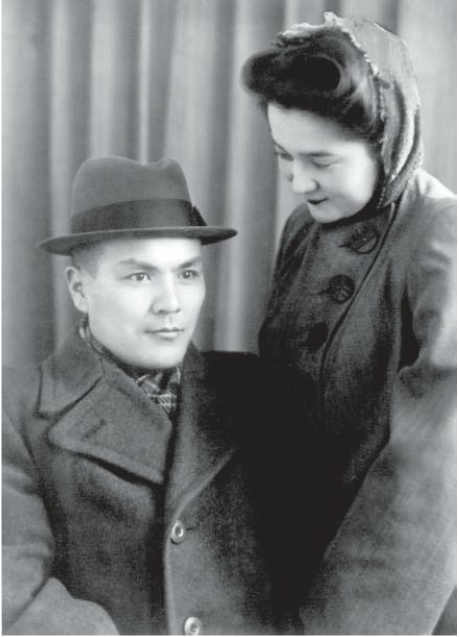 In 1962 he was elected a corresponding member of the Academy of Sciences of the Kazakh SSR. His last work "Essays on the history of Kazakhstan of XIX century." All this, of course, caused the envy of his enemies.

A lot of blood spoiled to Ermukhan A.A. Goryacheva during her deanship at the Faculty of History. Very critical was Professor S.N. Pokrovsky, he tried not to allow him to research the Institute of History of the Academy of Sciences of the Kazakh SSR, failed the defence of Ermukhan’s graduates’ theses. All this saw and felt Ermukhan, sometimes only in the privacy of his own mind found out relations with the enemies, but did not revenge, without the response of their intrigue, never wrote any anonymous.

Two schools are named after E. Bekmakhanov - one in the homeland, in Bayanaul district of Pavlodar region, another - in Tole bi of Zhambyl region where Ermukhan taught at school in exiles years (1950- 1952). Streets in Bayanaul, Pavlodar, and Almaty are named after Bekmakhanov. The bust-monument stands in Pavlodar in the alley of the Enlightenment.

Ermukhan Bekmahanov lives in the memory of the people as the person who wrote the history of his people. 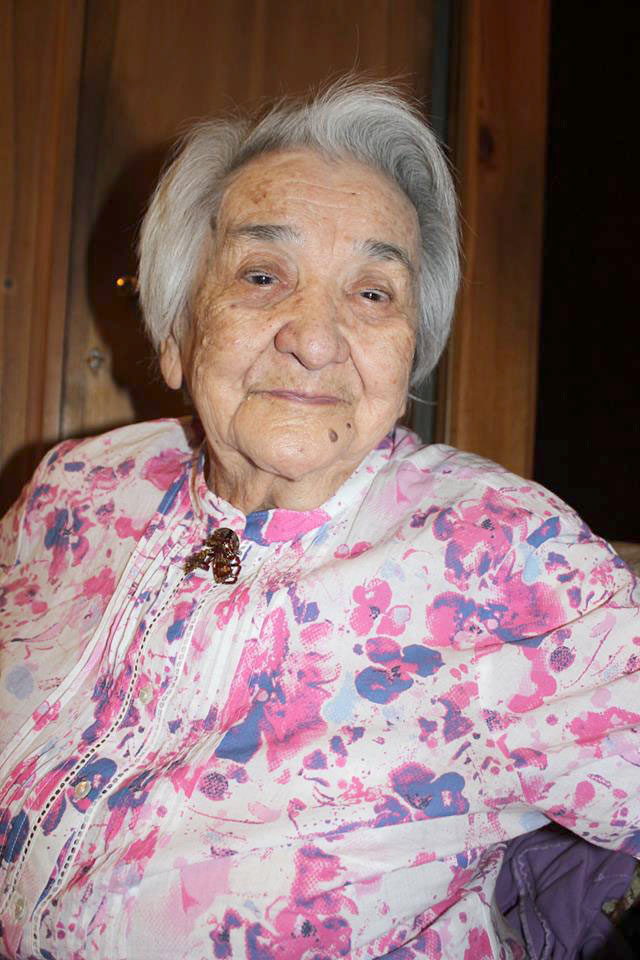 Today, the scientific community of Kazakhstan celebrates the birth of the great son of the Kazakh people Ermukhan Bekmakhanov. But on the Internet, there are two dates of birth of the scientist - February 15, 1915 and July 19, 1915.

The editors contacted with historian’s wife Halima apai and found some very interesting details. It turns out that the exact date of birth of E. Bekmakhanov is unknown. In his memoirs, he was born in 1916 in the early spring. To join the Komsomol, Ermukhan added to his age one year and became born in 1915.

A birthday of scientist his close relatives celebrate on February 16, because February 16, 1954 Ministry of Internal Affairs of the USSR handed to Ermukhan a certificate of dismissal. The man who dedicated all his life to the search for truth, restored the truth about the hero of the liberation struggle of the Kazakh people - Kenesary, he himself remains a subject of scientific research. Kazakhstan historical science should restore the truth about Ermukhan Bekmakhanov.