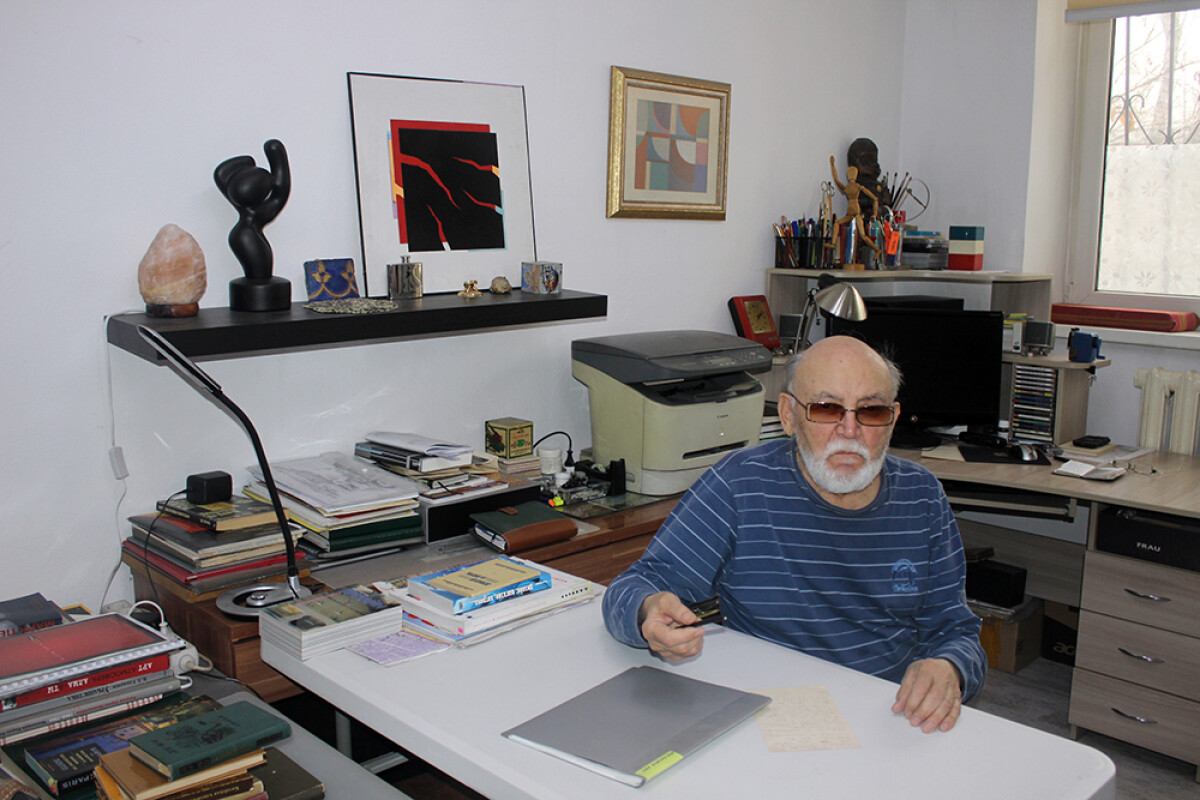 Advisor of this project is the honored architect of Kazakhstan, author of many valuable historical works Ordabayev Almas Baymukanuly.

- What is the difference in the architecture of nomads?

- In West Kazakhstan - Mangyshlak and Ustyurt - the region of absolute dominance of nomadic way of life - based on ancient traditions in the XVIII-XIX centuries was grown exclusively original architectural school. Kazakhs-nomads using the inexhaustible reserves of stone and the experience of Turkmen masters revealed to world a unique phenomenon of architecture of special quality stone. Monuments in the region perhaps are the most striking and perfect manifestation of the culture of the Kazakh people. Monuments of Mangyshlak and Ustyurt represent a huge reserve of natural and man-made forms that are in perfect harmony. With their inherent freedom of styling craftsmen created the architectural ensembles, in which archaic forms uniquely combines with the forms, born of plastic aspirations similar to trends in contemporary architecture. In the origins of Mangyshlak architecture clearly traced the echoes of the Bronze Age (built of huge stone slabs and blocks), and early medieval construction techniques of Turks (peaked mausoleums). In many variants of the mass type of tombstone - kulpytas - reflected all the possible plagued ancient protoform - vertical - from menhir to a complex three-part model of the world. This universal myth of the adoption of the Kazakhs Islam did not lose its designs for the role of religious architecture. 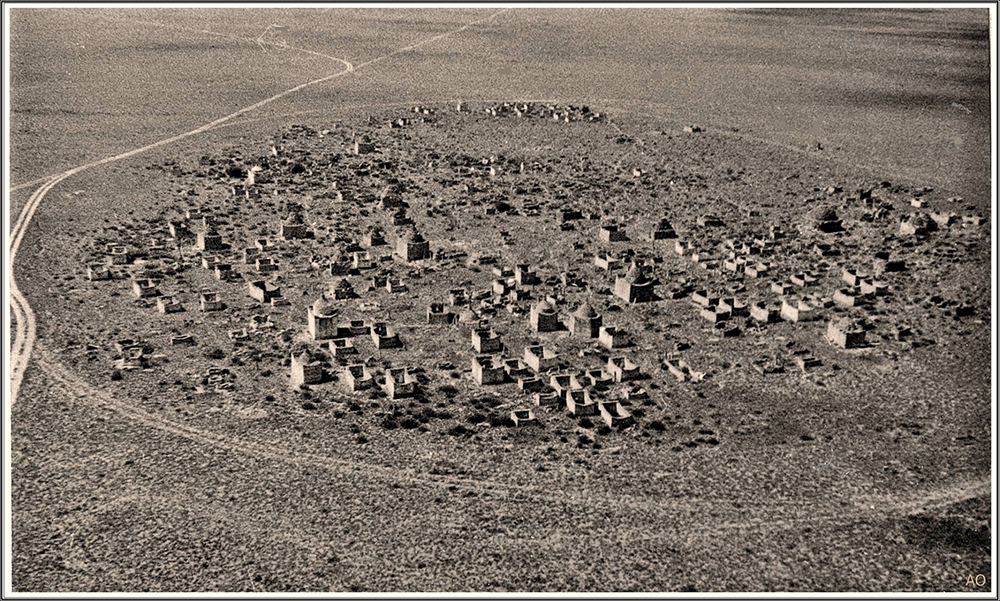 - Please tell us about the monuments of nomadic culture in the West.

- There is a huge number of monuments of stone architecture, the vast majority of which is concentrated in Beyits, the number of which reaches several hundred. The most famous necropoleis are Sisem-ata Shopan-ata, Karaman-ata, Kasymbay, Karagash, Beisembay, Sagyndyk, Senek, and others. Beyits evolved, usually around the ancient sacred sites often mounds. This indicates the presence of a thin composite flair at architects, many of whom were great professionals. With available resources they expressed their commitment to creation, reflecting their established concepts about the forms of space.

- What can you tell about the photos, what is the current state of these buildings?

- Photos of Sisem-ata necropolis were taken between 1969 and 1994. Now it is absorbed by a great many new buildings of extremely low architectural quality.

Masterpieces of Kazakh folk architecture on Sisem-Ata in Mangistau. 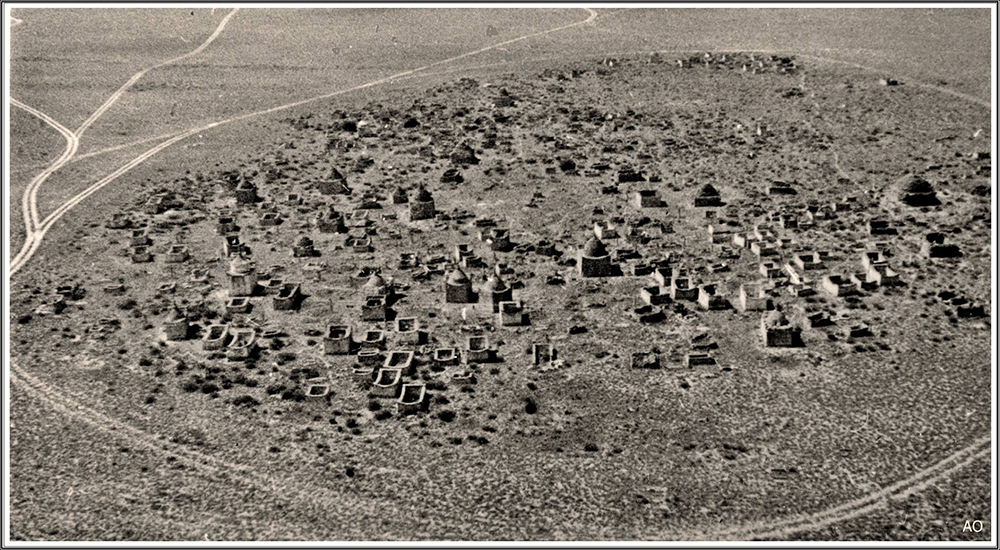 Sisem-ata represents all of the existing architectural variety of grave monuments of the Kazakh people. 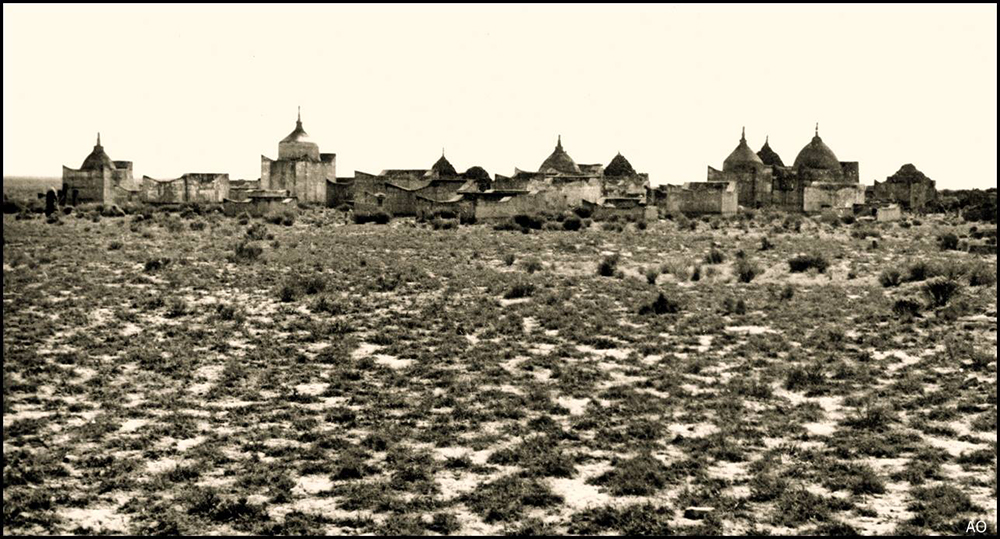 This necropolis is no coincidence concentrated a large number of graves, built in the form of a helmet. 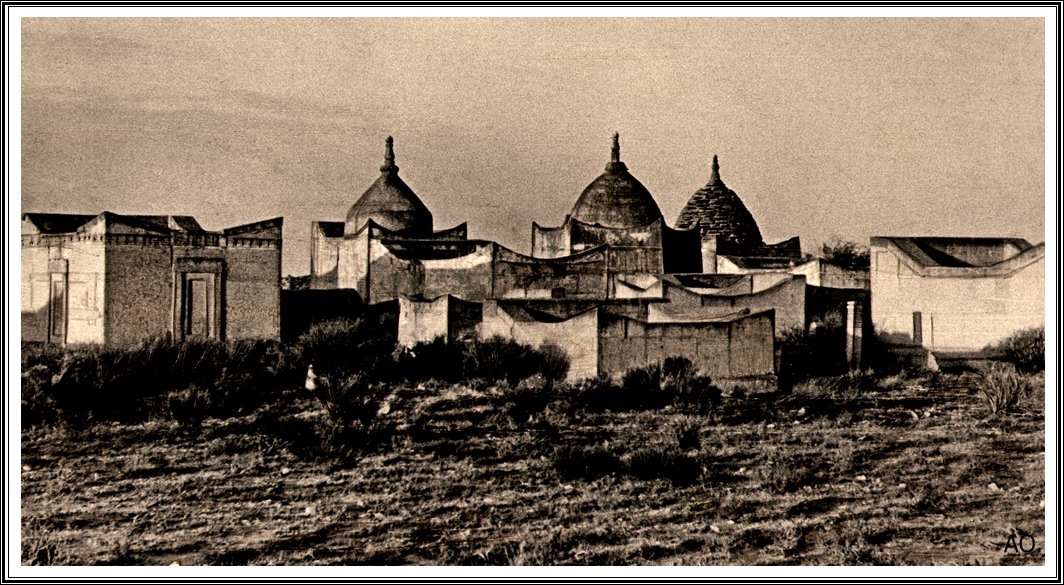 Sisem-ata is a valuable source for the history, ethnography of Mangistau architecture. 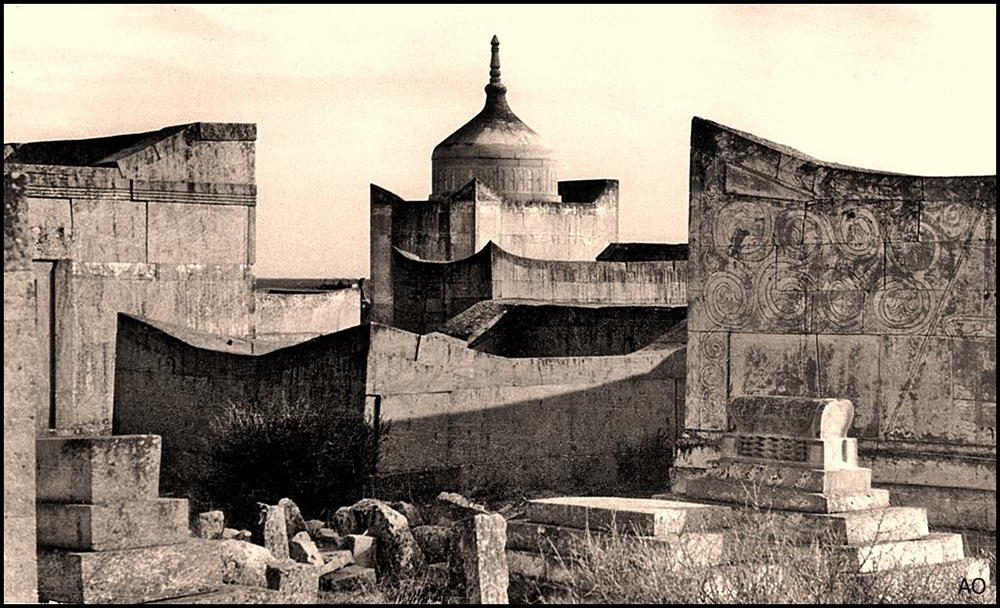 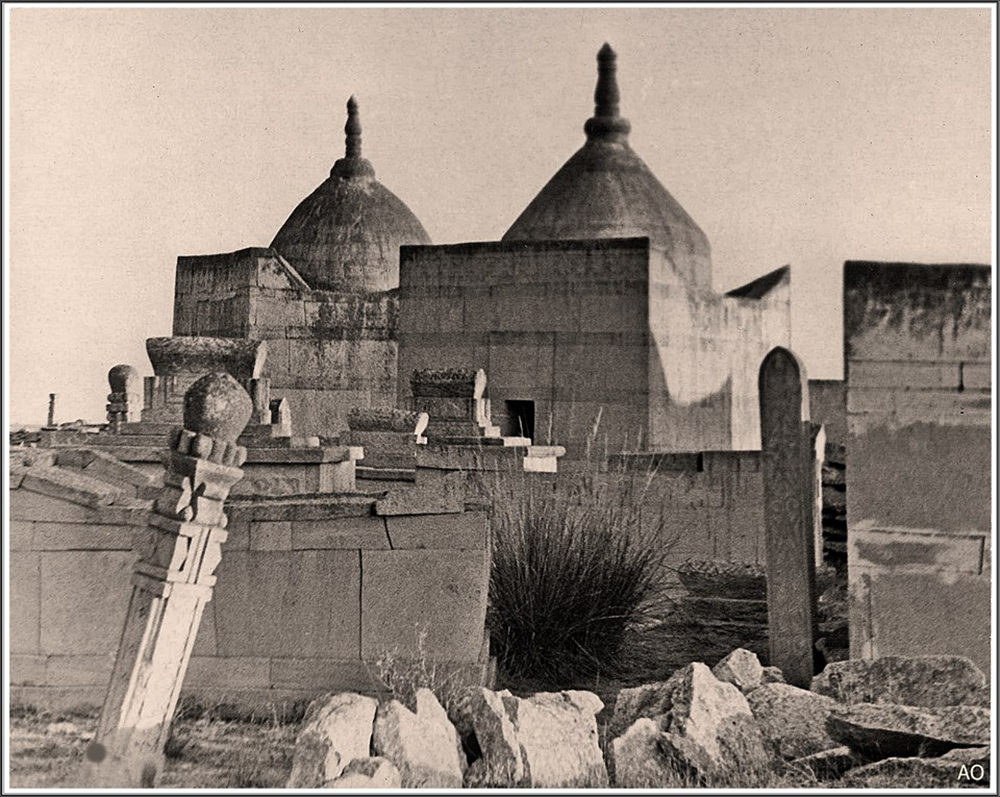 Sisem-Ata in 1982 was placed under state protection as a monument of national importance. 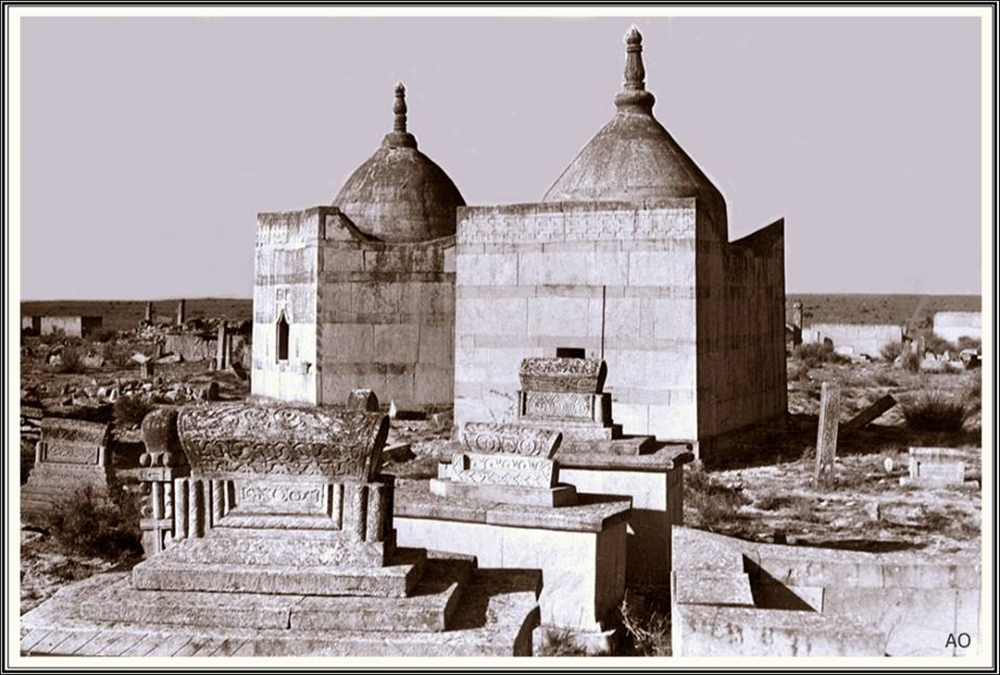 The main complex is formed around the grave of Sisem-ata - one of the preachers of Islam.

On the territory of the necropolis was made 1328 various monuments, including 22 domed mausoleums, 155 saganatams, 382 kulpytas, 129 sarcophagi, other objects - a stone stele and fences.

Mausoleums are divided into three types. 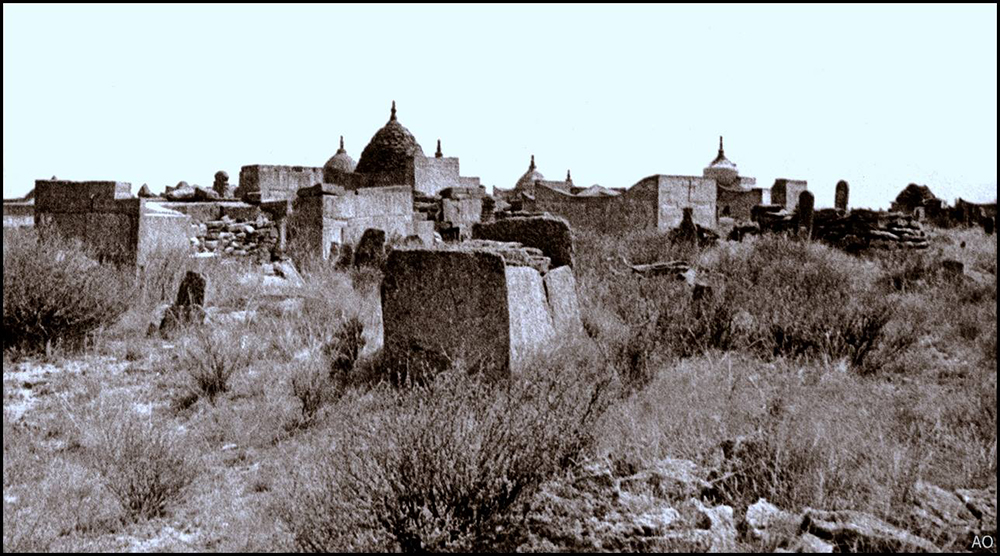 Photos from the personal archive of Almas ORDABAYEV