Home News Heritage History of kazan and two lamps of the mausoleum named after Kh.Y.Yassawi

History of kazan and two lamps of the mausoleum named after Kh.Y.Yassawi 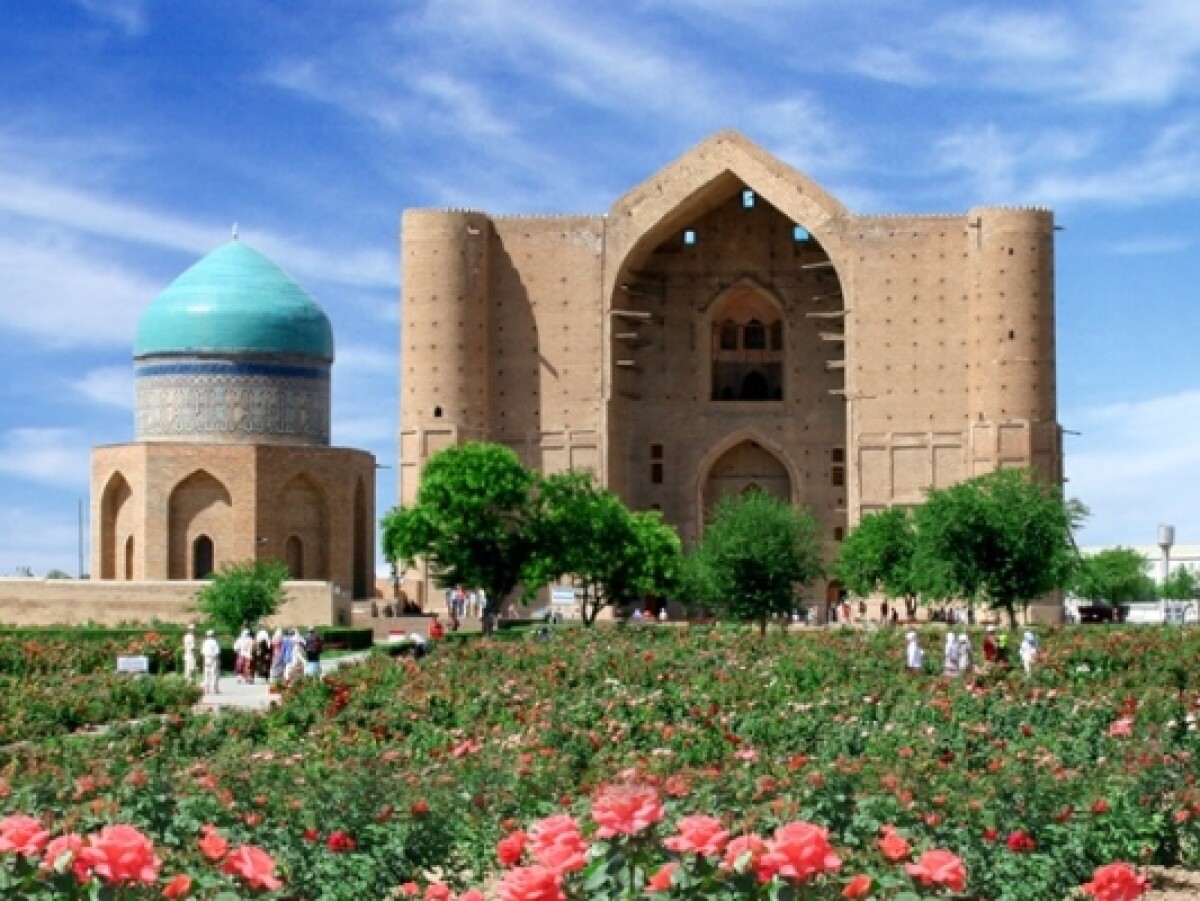 2016 was declared the year of “Khodja Akhmet Yassawi” within UNESCO, attention of the whole world was attracted to Kazakhstan, where the spiritual rebirth is happening

Mausoleum named after Khodja Akhmet Yassawi – amazing complex of palaces and temples, masterpiece of architecture, outstanding monument of Medieval architecture. The divison of the building into blocks testifies about the striving for provision of their independent setting. Various on weight constructions were based on different in depth constructions.

Domical constructions differed with great variety. Here are applied the intersecting vaults, sail, cantilever-cellulose and under the dome constructions. Parallel archs, united with each other by semi-archs, constructions are the nucleus of the idea of intersectional archs which gained final working out in the following stages of development of architecture in Central Asia. The building was constructed from square burnt brick. 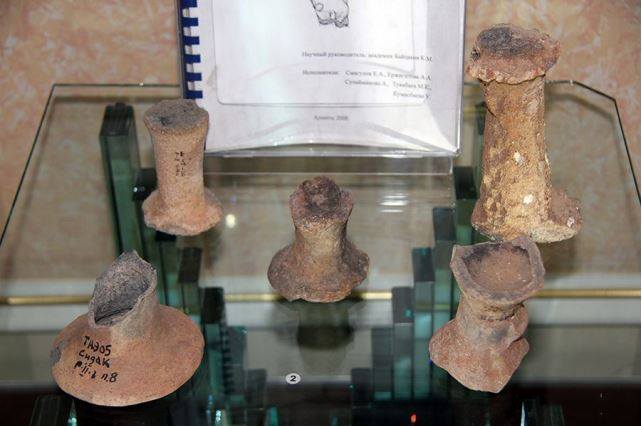 In 1937 in the foundation № 708 “CC CPC” of the Archive of the President RK was disclosed a very interesting document, which has historical value. The speech is about kazan and two lamps in the mausoleum named after Khodja Akhmet Yassawi in Turkestan.

These things were brought from the State Hermitage in Leningrad for the exhibition dedicated to Islamic congress held in August 1935. Kazan and two lamps were made under the instruction of Amir Temir. According to the inscriptions on the kazan, it was made in 1399 and master’s name – Abdulgaziz ibn Sharafutdin from Tebriz. 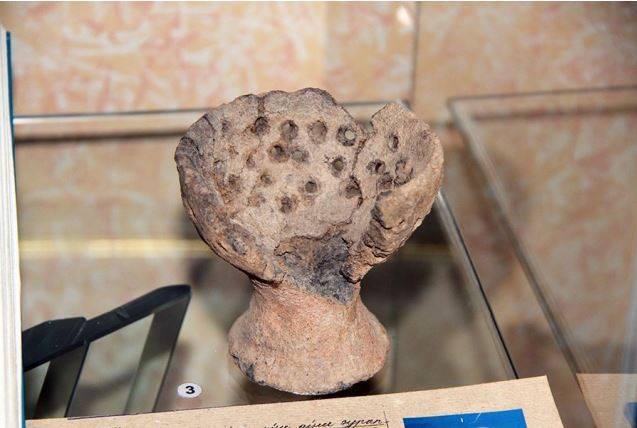 In the given place are set the lamps, some of them are still kept here, and two of them are kept in Louvre and Hermitage. Among them the most artistic value represents the monumental bronze lamp - also the Timur’ gift. It is decorated with plant ornamentation, graved with inscriptions and incrustation with silver and gold. Writing report about the name of the master – Izuddin ibn Tadzhundin and the year of production – 1937. The lamps, also kazan evoke the admiration from visitors of the Hermitage, because they are the monuments of high value and achievements of XIV century. The Eastern sector of the Hermitage was the most powerful among Eastern museums of the world. These monuments were also brought from the mosque named after Khodja Akhmet Yassawi for the exhibition. However, the believers of Turkestan demanded to return the cultural heritage to the motherland.

In September 1936 the Director of the Hermitage Joseph Orbeli made a suggestion to the CC All-Union Communist Party (b) with the request for giving the permission for the purchase of kazan and two lamps.

The correspondence on these issues started. In the affair there are three letters on these monuments.Joseph Orbeli offered to regulate this issue with the help of the division of art items from the funds of the Hermitage. 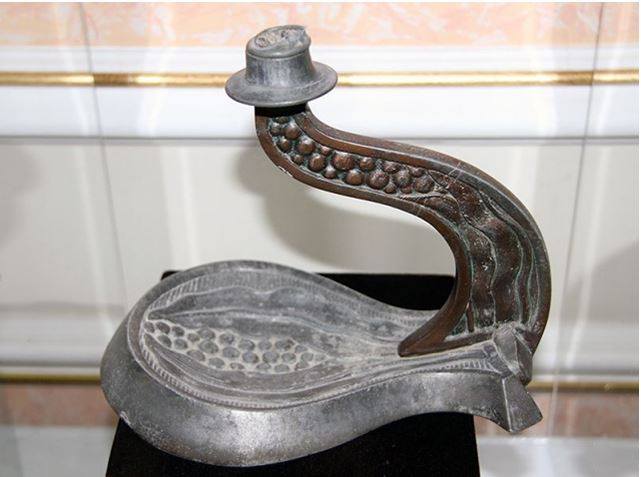 As a result of the correspondence the Committee on the affairs of arts at the Council of People’s Commissars USSR gave the consent instead of these monuments to distinguish artistic works for the completion of museums of the KazSSR.

The monuments, till now decorating the mausoleum named after Khodja Akhmet Yassawi were left in the State Hermitage in Leningrad. Cultural, spiritual rebirth at dawn of independence demanded to review and reevaluate many values. 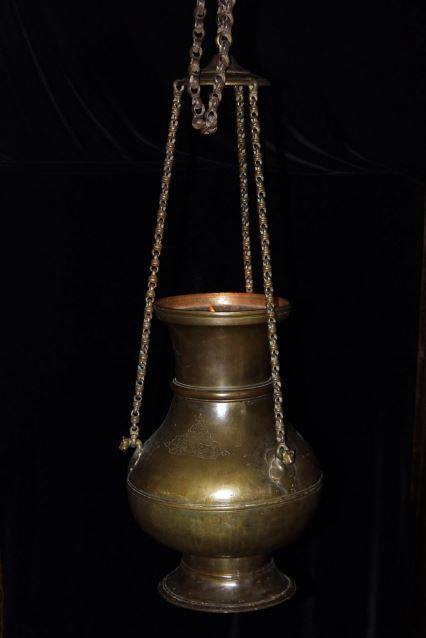 This law became the law defence and restoration of historical and cultural monuments. In 2016 we on a worldwide scale honor our great ancestor contributing to the spread of Islam from Turkestan to Turkey, from Turkey to Balkan lands.