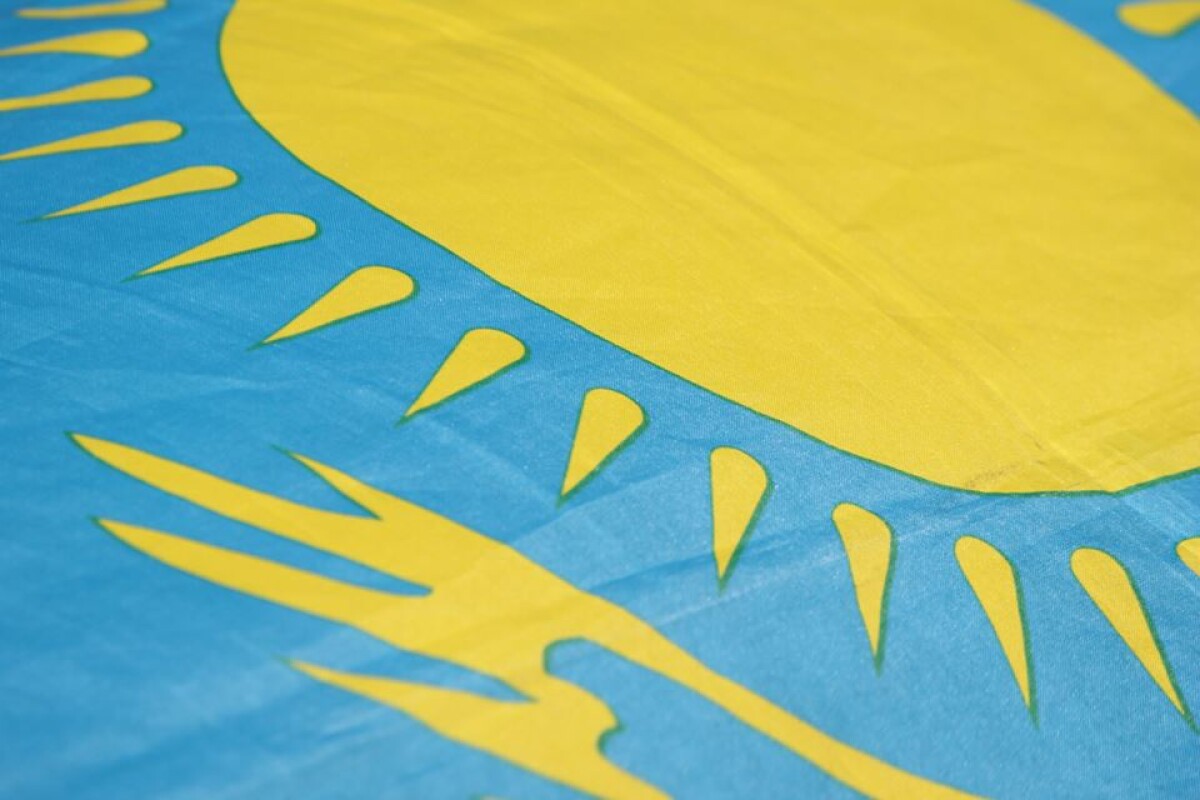 The activities of the Assembly of the people of Kazakhstan were aimed at solving the following priority tasks: - Promoting the preservation of inter-ethnic harmony and stability in the country; - Elaboration of proposals for the conduct of state policy that promotes the development of friendly relations between representatives of nationalities living on the territory of Kazakhstan, assistance to their spiritual and cultural revival and development on the basis of respect for the principle of equality; - Assistance in ensuring the consideration of diverse national interests in the national policy pursued by the state. With the creation of the Assembly, national cultural centers of the republic, consisting of representatives of more than 130 ethnic groups and ethnic groups for the first time had a real opportunity to revive their language and traditions. President Nazarbayev wrote in the book "The Kazakhstan Way’’ that the elites created a unique instrument of interethnic relations in the form of the Assembly of the People of Kazakhstan. No other country in the world has such an authoritative and representative instrument of national policy. The Assembly of the People of Kazakhstan has become an institutional coordinator of interethnic relations in a multicultural Kazakh society.

It contributed to strengthening the sovereignty of the state, integration into the world community, strengthening the image of the state in the international arena. On 4 April 1995, the President issued a decree on the formation of the State Committee of the Republic of Kazakhstan on National Policy. And on April 26, 2002, the Strategy of the Assembly of the People of Kazakhstan was adopted. The Assembly successfully dealt and coped with the difficulties of the first years of independence and made a significant contribution to the creation of a new society; it became a real institution of consolidation of the multiethnic people of Kazakhstan.

Two decades of its existence has itself confirmed the viability of the idea of ​​creating this body. Important issues related to further economic and political reform of Kazakhstani society are annually discussed during the Assembly sessions. The strength of the country in the unity of the people. Every session of the Assembly is a significant event for the people of Kazakhstan. Within the framework of its meetings, issues of state building are discussed, such as the unity and unity of the Kazakh people, the strengthening of social stability and harmony. The Assembly of the People of Kazakhstan was the initiator of a number of socio-political steps: two referendums to extend the powers of the Head of State and the adoption of a new Constitution. She actively participated in drafting bills: "On public associations", "On culture", "On languages ​​in the Republic of Kazakhstan" and others. The Assembly of the People of Kazakhstan is a unique instrument for implementing the national policy of the state, based on the principle of equal opportunities for all citizens. It allows to purposefully create a wide corridor of opportunities for the harmonious preservation of ethnic forms by ethnic groups within the framework of a single socio-cultural system, on the basis of a single civic position.

The role of the Assembly is to support principally and further develop harmonious cultural diversity, religious freedoms and interfaith dialogue. The Assembly, as a public institution, evolved to a constitutional body, gradually mastering the legislative activity. Nine deputies elected from the Assembly actively work in Mazhilis of the Parliament of the Republic of Kazakhstan.

This motto called for the use of Kazakhstan's experience in ensuring inter-ethnic and inter-religious harmony. The Assembly was tasked with targeting its participation in the implementation of state programs. The main of which for the Assembly in the coming years was the implementation of the State Program on Forced Industrial and Innovative Development of Kazakhstan. April 18, 2011 in Astana in the Palace of Peace and Accord under the chairmanship of the Head of State, Chairman of the Assembly of the People of Kazakhstan Nursultan Nazarbayev, the seventeenth session of the Assembly was held. Heads of republican and regional ethno-cultural associations, deputies of the Parliament, members of the Government, heads of political parties, religious confessions, diplomatic missions, scientific and creative intelligentsia, and mass media took part in the session. In the speech of the chairman of the Assembly of the people of Kazakhstan, one of the priority areas was the promotion of the mastery of the Kazakh language by representatives of all ethnic groups.

The goal was set that the number of Kazakhs who have mastered the state language will have to reach 80%, and by 2020 - even more. In ten years, 100% of school graduates should be able to speak Kazakh. The knowledge of Kazakh language by all citizens is not just a slogan, but a factor of strengthening the statehood, and fulfilling the only task - the improvement the well-being of citizens of Kazakhstan.

Since Kazakhstan gained independence, there has been a sharp discussion on the development of a national idea uniting peoples, which stimulates the country's progressive development. The intellectual elite of the society made many attempts to substantiate the need for a new national idea and to reveal its substantive basis. The vision of the national idea of ​​the Kazakh society was formulated by the President of the country Nursultan Nazarbayev in one of the speeches in 2011 at a meeting with representatives of the public. Its components are friendship, equality and equality of all ethnic groups of the republic. He formulated five basic principles. The first is the equality of all ethnic groups. The second is national identity, the desire to communicate in one's native language, to develop national culture and traditions. The third is religious identity. Let everyone profess the religion that is closer to him. The fourth is a law-abiding person, who is free until s/he transgresses the law. The final principle is the development of small and medium-sized businesses, in which 50-60% of the able-bodied population should be involved. Today, disputes over the fundamental principles of the new consolidating ideology do not subside. All new and new approaches, ideas and values ​​are offered. All new concepts are used: national, Kazakh dream and others.

A national dream is associated with hopes for a better life, the creation of a prosperous state, the social well-being of society. In the sphere of the internal policy of the state, the basic principles are formulated that meet the interests of the Kazakhstani society. This is the idea of ​​national security, understood in the broadest sense: from the security of the state, society, the nation to the security of the individual. It is connected with counteraction to extremism and terrorism. This is the idea of ​​its own historical path, the uniqueness of Kazakhstan, the country of the world, inter-ethnic and inter-confessional consent, the unity of its people. The new content of the national idea of ​​Kazakhstan, in recent years, was voiced by the President of the country as an idea of ​​the competitiveness of the country, the nation. The national idea of ​​Kazakhstan as an integrated idea common to all citizens of the country is logical to consider in the Eurasian context. Polyethnic Kazakhstan forms a new ideology of interethnic relations.

The main aspects of its concept have already been outlined: a new perception by national and ethnic groups of the concept of the Motherland, Kazakhstan as a common home for all ethnic groups living in it, as its own Motherland; the formation of a new ideology of thinking, based on the idea of ​​Kazakhstani patriotism, the formation of the responsibility of the citizens of the republic for peace, the consent and welfare of the country.

Despite the positive moments in the sphere of interethnic relations, it should be borne in mind that the balance reached in relations with representatives of ethnic groups is not a "frozen" phenomenon. They are constantly changing. Despite the commitment of the majority of Kazakhstanis to the idea of ​​intercultural and interethnic interaction, internal political stability, integration and harmony, destructive forces and tendencies capable of violating the fragility of fundamental life values ​​operate in the society. The ability to timely recognize and prevent the prerequisites of interethnic crises becomes one of the key tasks of the state. Kazakhstan’s model of interethnic tolerance and social accord is rightfully called today the model of Nursultan Nazarbayev.

An agreement was signed with the Assembly of the people of Kyrgyzstan, which determined a new vector of cooperation in the Central Asian region. The international joint project "Memory for the Future" was implemented with the Interstate Fund for Humanitarian Cooperation of the countries of the Commonwealth members and the Assembly of the People of Kazakhstan, in which representatives of 12 states took part. In the same place, the Astana Charter was adopted on further mutual cooperation of our peoples in preserving historical memory. An agreement on cooperation between the Kazakhstan magazine ‘Menin Elim’ and the journal of the Administration of the President of the Russian Federation entitled ‘Rodina’ has been signed. Within the framework of the agreement, a series of joint materials aimed at strengthening good-neighborly relations was issued. There is a 36-hour special course on the Kazakhstan model of interethnic tolerance and social harmony run at the Moscow State University, which speaks of the recognition of the Kazakhstan model by the scientific elite and the educational community of Russia.