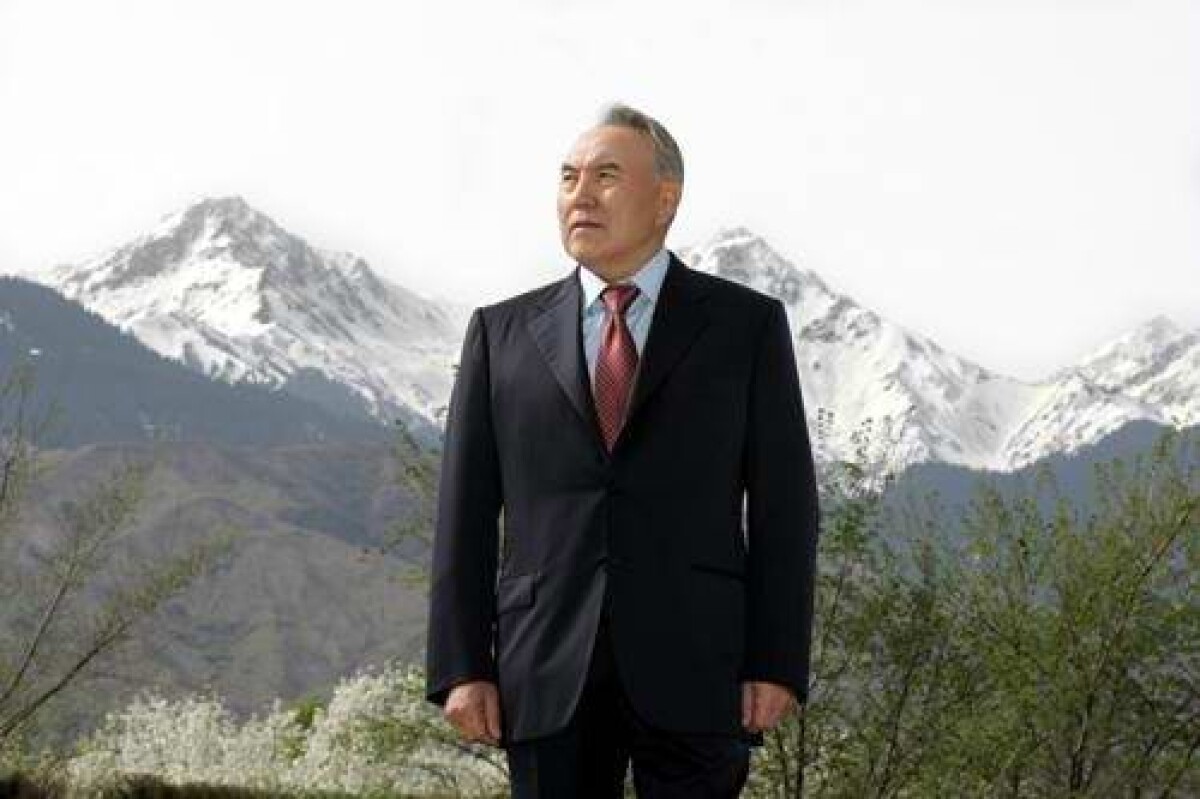 No matter how thorough the constitutional and other normative provisions of the status of the President are, their real significance is immeasurably richer than we could imagine.

The central figure of the state system of Kazakhstan is the head of state, Nursultan Nazarbayev. The practice of 1990-1995 testifies to the tendency of the President of the Republic of Kazakhstan becoming the main designer and executor of the country's policy throughout many years.

The definition and strengthening of the geopolitical place of sovereign Kazakhstan on the world map, the constitutional process, the dismantling of the one-party party system and the Soviet Republic based on it, the construction of the foreign policy apparatus, the Armed Forces of the Republic of Kazakhstan, customs, border, new law enforcement agencies, the introduction of the national currency of the tenge, legislative and executive branches of power, approbation of various branch and functional management structures in the search for effective working version, the parliamentary crisis of 1993, the withdrawal from the political arena of the Supreme Council of the thirteenth convocation as a result of the recognition of the legal basis for elections not in accordance with the Constitution, the resignation of the government, the implementation of judicial and legal reform - these and many other problems and phenomena of the country's life were under strict attention Nursultan Nazarbayev - the first head of state, stipulating his position in the use of certain powers.

To date, many are wondering, nevertheless, what contributed to the triumph of our national leader? Nursultan Nazarbayev successfully implemented the idea of the sovereignty of Kazakhstan and proved the possibility and necessity of peaceful and good-neighbourly coexistence of a multitude of nations and religions within the framework of one country.

The most important difference in Kazakhstan's development experience is stability. This stability was ensured by the validity and reliability of the model of state power that was built around the central figure - President Nazarbayev. 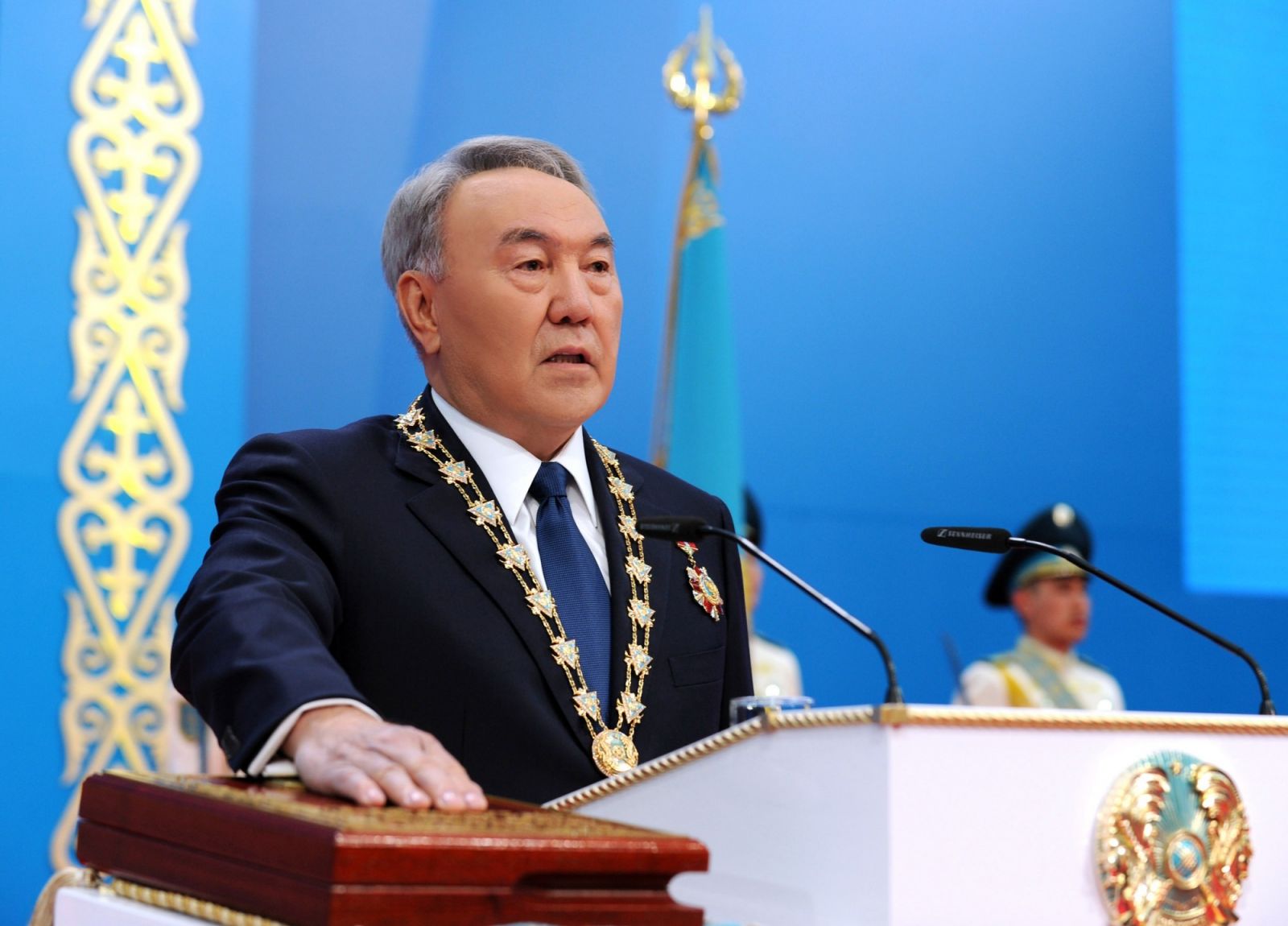 According to Nursultan Nazarbayev, the critical point in the formation of Kazakhstan's statehood has already been overcome, that we avoided radical denial and destruction of the administrative system of economic and social management until it was replaced. This, perhaps, is one of the main reasons for the economic and political stability of Kazakhstan.

The current heirs of the ancient Kazakh steppe - the Kazakhs, together with representatives of more than one hundred ethnic groups who recognized by the will of fate the ancient country of the nomads as their second Motherland, present today a new Kazakhstan.

During independence Kazakhstan, undergoing the difficult way of forming effective state institutions, socially oriented market economy, as well as a unique model of interethnic and inter-confessional consent, through democratic renewal and through the formation of civil society has become an example for many countries in the post-Soviet space.

The collapse of the once powerful Soviet empire led to the emergence of new independent states on its ruins. At that difficult time, before the people of Kazakhstan, and in the first stage of its titular nation, the task was to build a new state. At the head of such a complicated business, at the beginning of a great work, when the destiny of a whole country depended on their performance, there was, of course, the First President of the RK - the Nation's Leader Nursultan Nazarbayev.

Modern Kazakhstan is a successful, steadily developing country, occupying its rightful place among prospering nations. A stable internal political environment, interethnic and interreligious understanding, a wise and pre-conceived state structure are, of course, the results of Nazarbayev’s consistent policy.

Perhaps, the new president of Kazakhstan will criticize everything that was done in the first decade of independence. There may be, perhaps, those who will refute all the achievements of the republic, referring to the fact that the actual does not exactly correspond to the planned. However, the main merit of Nazarbayev is that he went down in history as the founder of Kazakhstan as a modern state. Nobody will dare to challenge the fact that the current head of the republic united the former repressed peoples of the Soviet Republic into a single nation of Kazakhstan, thanks to his support and confidence, turned the Kazakh SSR into a socially-oriented republic that was a raw material appendage of the Soviet state. 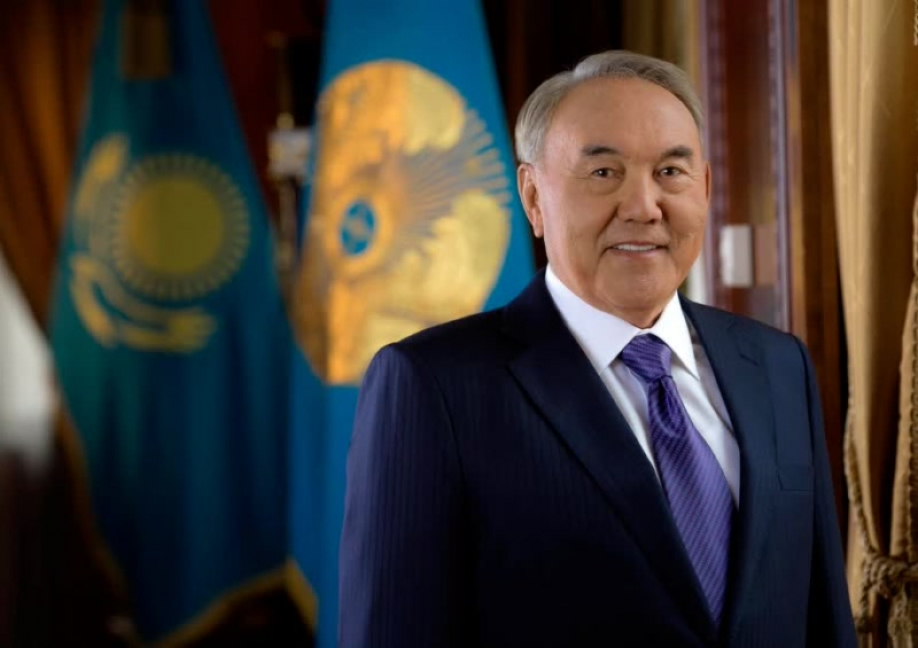 The construction of an independent state and the activities of the President are identical concepts. Of course, a lot has been done in our state-building business. Among them: many events that raise national pride and enrich our spiritual consciousness. About this, to some extent, it has been said and written many times. Undoubtedly, throughout the history of their statehood, the Kazakhs suffered severe trials of fate, experienced joy and sorrow, experienced happiness and sorrow. In the struggle for the political independence of the country, blood was spilled, souls were destroyed, fate was broken. However, our long-suffering people endured everything, and thanks to the perseverance and patient disposition of our ancestors, the present generation of Kazakhstanis found the happiness to be an independent country. Unprecedented for dozens, hundreds of years, great changes, the phenomena were realized in just a few years and became the property of the nation.

In a short time, the republic emerged from the crisis that became widespread after the fall of the Soviet empire. There was a national currency, new economic relations were formed. The production was adjusted by introducing new technologies, and as a result, the best working people grew up. The social well-being of the population has improved. The Kazakhs built their new Astana, with its beauty capable of surprising anyone. At the same time, today we are taking feasible measures to strengthen the facilities of higher education institutions, their material and technical base. A new health system is being created. Hospitals are equipped with the most advanced medical equipment in the world. The art is developing. Today, the Kazakh people have learned all over the world. With us they began to consult. They began to listen to us. Our statehood has become stronger. The international status of the state is growing stronger, the trust to the republic and its international authority are growing.

All achievements and benefits of Kazakhstan, obtained during the formation of modern statehood, strengthening and improvement of an independent republic are directly related to the name, activities and leadership of the First President of the Republic of Kazakhstan - the leader of the nation, Nursultan Nazarbayev.

Nazarbayev then showed himself as a promising politician who could choose the right direction for society. He owned the experience of party management in the vertical, which in that transition period was perhaps of decisive importance because there were still old cadres in the field who swore to him as the first secretary of the Central Committee. In the transition years, it is important to maintain a certain continuity of power. The newest history has proved the truth of this thesis". In accordance with the constitution, the President forms the administration. 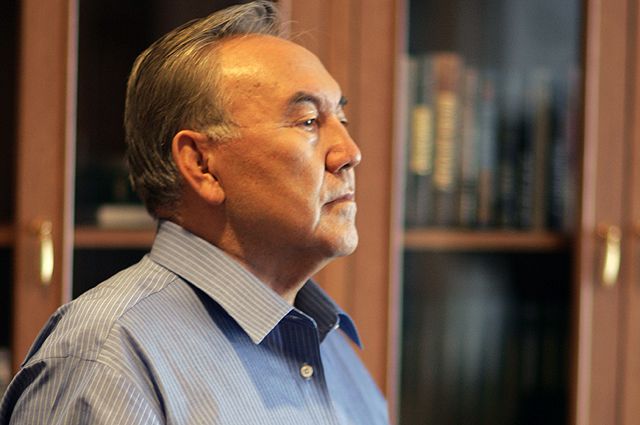 The Statute on the Security Council was approved by the Decree of the President on December 8, 1996. It was established to work in the field of ensuring the defence capability and national security, pursuing a unified policy in the field of protecting human rights and freedoms, the independence and territorial integrity of the Republic. Its tasks include: determining the scope of state interests, the main directions for their implementation and protection; identification and suppression of internal and external threats to national security; development of the concept of proposals and recommendations for national security. The Security Council coordinates the activities of law enforcement agencies, central and local executive bodies, as well as analyzes draft laws and controls the implementation of normative documents within the competence. Meetings of the Security Council are held under the chairmanship of the President. 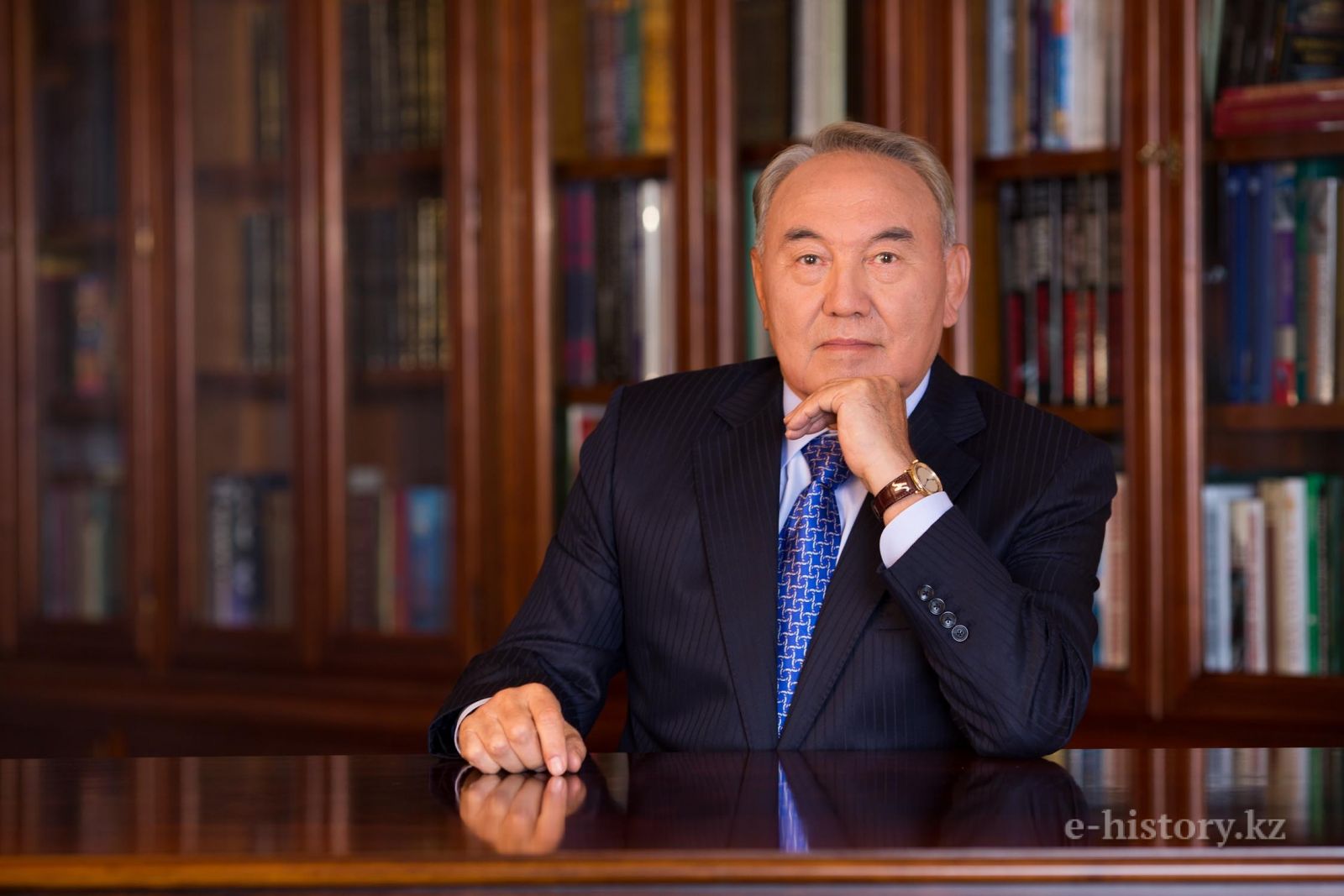 Taking into account the historical experience of whole civilizations, the transition to a democratic system should be rationally and purposefully accelerated, introducing many democratic procedures and principles that justified themselves. The democratic process is an inevitable historical necessity, for the realization of which society is being renewed. The process of democratic renewal must be accompanied by the formation of a rule-of-law state and civil society, the real equality before the law of all its citizens and governing bodies, the protection of society and citizens from illegal actions, i.e. the state system of powerfully comply with the principles of democracy. 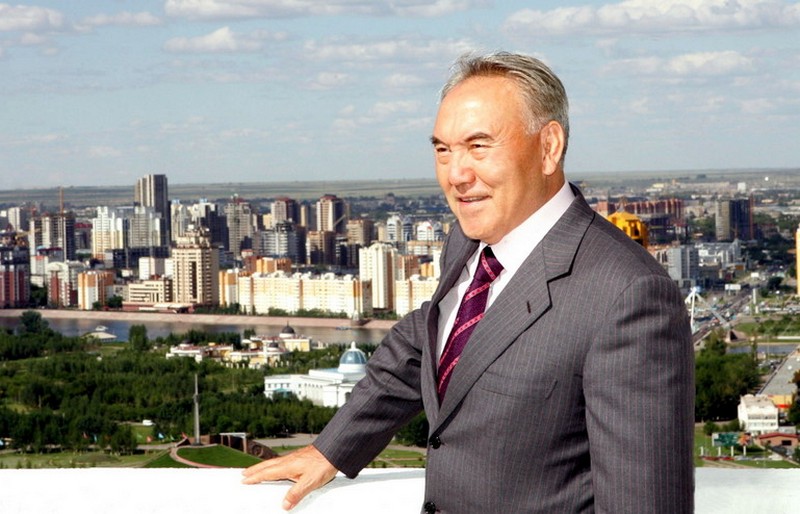 The country faced the urgent task of overcoming post-totalitarian forms of the state organization, forming democratic institutions of power in the absence of civil society. For Kazakhstan, it was also complicated by the fact that it had to be solved in a multi-ethnic and multi-confessional country. The question of the formation of self-determination, the new identity of people, the conscious, the only adequate choice of development was needed.

Social problems, identity crisis could lead to an acute ethnic crisis. In the society, socio-economic problems were riddled with a political crisis. Political battles were growing in the Republic to choose the further path of development, the inter-party struggle and opposition intensified. During that difficult moment, the head of state, Nursultan Nazarbayev, managed to take the full responsibility for the country's future.

Thus, vital political and market transformations were carried out, which in turn ensured stability in society and gave a powerful impetus to large-scale reforms that determined the logic of the country's development.

Modern society, which is characterized by a market economy and urban form of settlement, strongly requires a built-in mechanism for achieving civil harmony. This mechanism must evolve because, at every stage of the evolution of society itself, new tasks will arise before it.

In a very short time, Kazakhstan has achieved serious results in the formation of a new system of state power. Political institutions are developing in the country, free and open elections are held, political pluralism and multi-party system are ensured, and Parliament and branches of state power are formed in accordance with the Constitution of the Republic of Kazakhstan. The state takes steps to fully ensure the rights and freedoms of the individual.

Further development of the republic will take place in the framework of strengthening statehood, economic prosperity and democratization of the entire socio-political life of society. And if, as recent world experience has shown, the state system of power should develop in stages, by the evolutionary way, in relation to the economy, such as the "breakthrough" in the relations of democratization and public administration reforms. Not breaking the balance in society, not destabilizing it, but serving to strengthen Kazakhstan's independence, its integrity, stability and prosperity. Therefore, as Nursultan Nazarbayev noted in his message that it is necessary to take into account both the general laws of building democratic and prosperous states and the important cultural and historical features and traditions of our society. 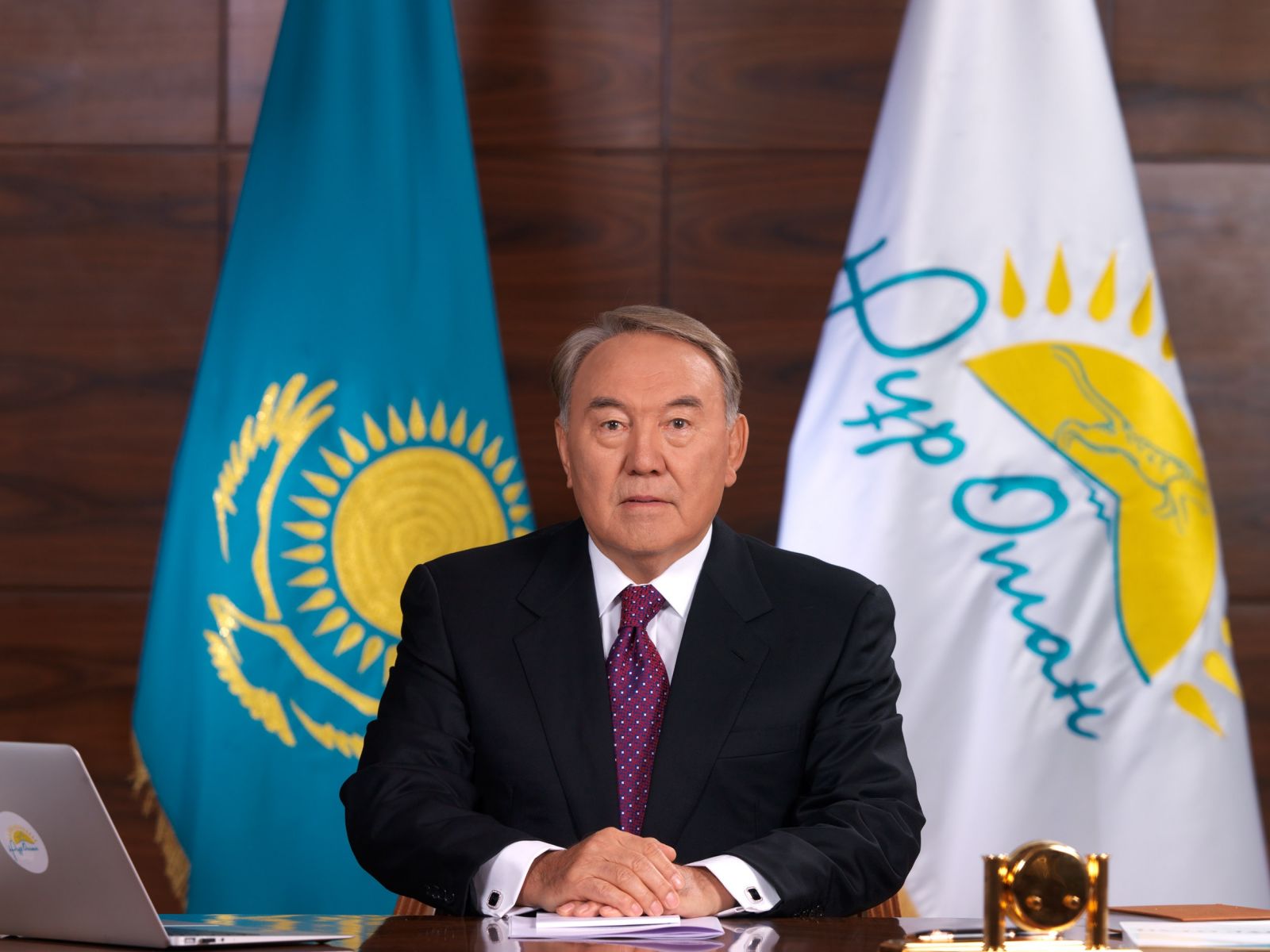 The specificity of Kazakhstan is that it possesses the features of a developed country (general literacy of the population, a wide network of scientific research institutions, space research) and developing (the raw material orientation of the economy, the environmental pollution of many regions, the need for foreign investment and the import of new technologies, infrastructure lag). Next to this - hyper territoriality, intracontinental location, huge reserves of natural resources, a motley ethnic composition of the population. The totality of all this determines our place in the world community, the strategy of formation and development of Kazakhstan as a sovereign national state for the most difficult transition period.

Back in the1990s, in the newspaper "Izvestia", there was an article by A.Andreev entitled "The phenomenon of Nazarbayev is not solved". The author notes distinct features of our President such as the independence of judgments and behaviour, a pragmatic approach to solving political and economic problems, the ability to put oneself in the shoes of others ... Nazarbayev does not use the fashionable in our country to raise the importance of his figure - ambitious, disturbing statements on political or economic topics. His speeches are reasonable and calm. He avoids confrontation. However, if someone allows hurting the interests of Kazakhstan, Nursultan Nazarbayev gives a sharp and unambiguous answer.