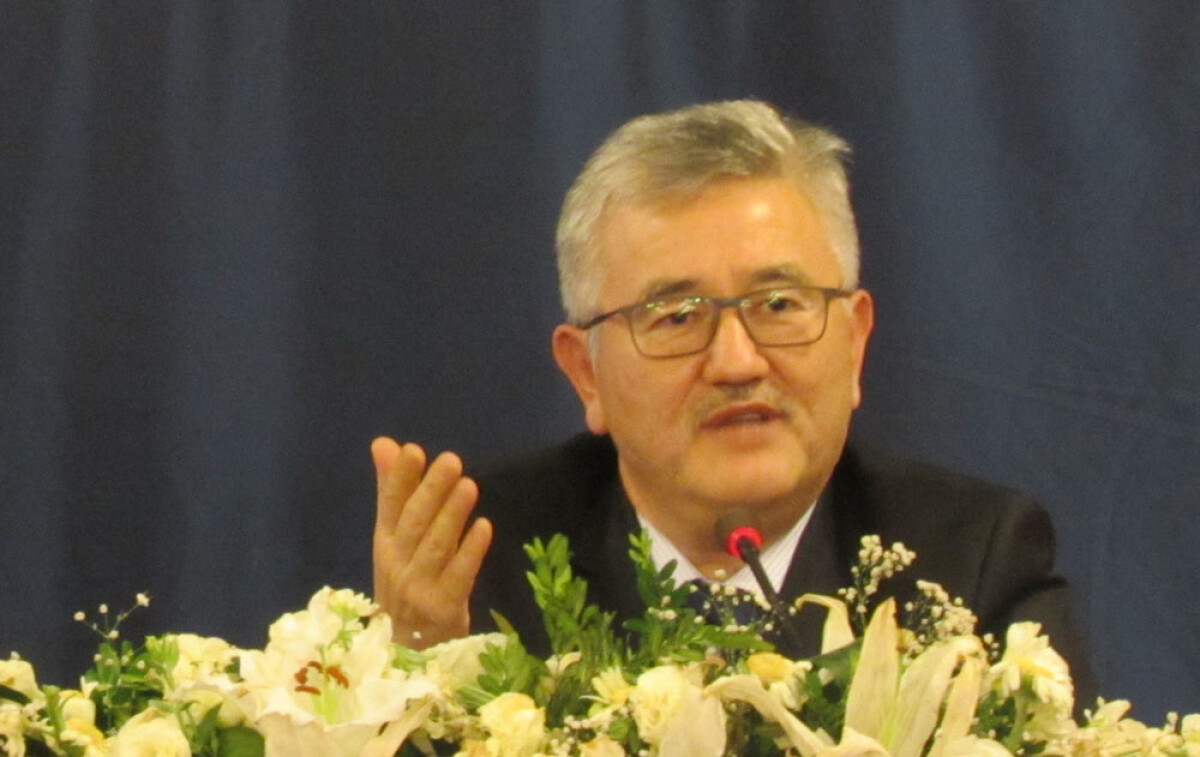 Today we want to talk about the book of Turkish historian A. Kara "The truth of the Turkestan Legion - between the swastika and red star" about the fate of Turkestan-legionaries suffering during WW II

The twentieth century brought the Kazakh people a lot of hardship: the brutal suppression of 1916, the civil war of national liberation movements, hunger of 20s and then 30s, Terror of 1937, the Great Patriotic War. And all this was carefully hushed up by Soviet propaganda. All that was not consistent with the spirit of communist ideology, cruelly persecuted by the authorities. A. Bukeikhanov, S. Seifullin, S.Sadvokasov, T. Ryskulov, E. Bekmakhanov and other glorious sons of the Kazakh people sacrificed their lives to the truth. But the historical truth will become known to the public. 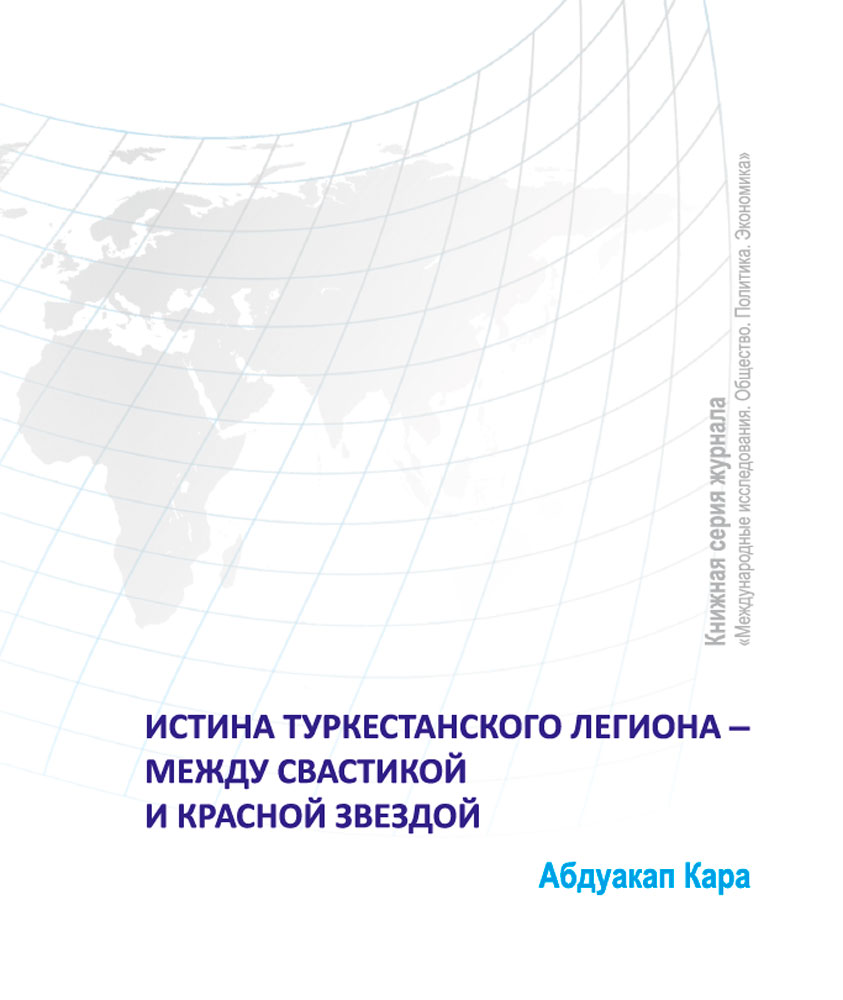 Today we want to talk about the book of Abduakap Kara "The truth of the Turkestan Legion - between the swastika and the red star." This is the research of the fate of Turkestan-legionaries who suffered during the Second World War, both the Soviet regime and by the Nazi.

World War II caused suffering to many nations, including the Turkic peoples of Central Asia who had undergone painful persecution and passed through the ordeal. These pages of history until now were neglected, it is the bitter truth. We know little about the tragic fate of those soldiers who suffered not only from the Nazis, but also by the Stalinist regime. Their uneasy fate hardly attracted the attention of scholars and writers, in their works it is mentioned only in passing. For a long time, they were regarded at best as "traitors" who were to be punished. The Soviet propaganda presented these unfortunate people as the hated "traitors".

Works of the true fate of the soldiers, who were captured by the Nazis during World War II, and forced later to serve in the ranks of the Turkestan Legion, were rarely published. Destiny of Legionnaires of Turkestan are still without proper attention. That’s why the works of Cengiz Dagdzhi, emigrated after the war to the United Kingdom and lived there until his death, are of particular value. Experienced all the tortures of the Nazi regime, and survived all the turmoil of the war, Cengiz Dagdzhi further dedicated years of his life to writing novels and memoirs, to draw attention to the tragic fate of his colleagues. 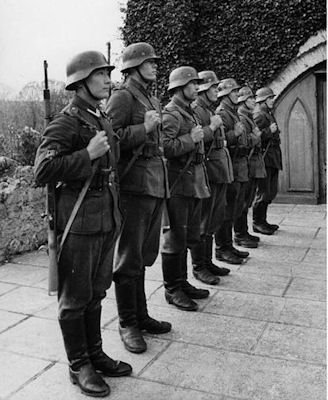 His works he began to write during the war in 1944, when Berlin was subjected to bombing, and he described the events happened to him not in the form of memoirs, and novels. These works are particularly important for understanding the inner experiences and suffering of Turkestan legionnaires, caught in the grip of the most ruthless tyrants in human history - Hitler and Stalin. His first works in this field were published in Turkish in 1956 in Istanbul. Unfortunately, despite the fact that since that time passed more than half a century, these works are still unknown to the audience of Kazakhstan. Moreover, even the name of Cengiz Dagdzhi, the author of over 20 papers in Turkish, who died in 2011 in London, is unknown in these countries today.

In 2006 Abduakap Kara wrote a book about Turkestan legionaries described through life of Cengiz Dagdzhi. A. Kara explored Dagdzhi memories of World War II because, in his memoirs, he openly recounted all the pain and suffering of many Turkestan, soldiers from Central Asia. In Turkey, this time came to light not only the memories of Dagdzhi, but also memoirs of two soldiers who fought in the Soviet army. One of them Hussain Ikram Khan is the author of book «Bir Türkistanlının İkinci Dünya Savaşı Hatıraları» - «Memoirs of Turkestani of the Second World War", which was published in Istanbul in 1999. Second - Jabbar Ertyurk, author of memories, «Kızılordu'dan Kafkas Milli Lejyonuna Bir Türk'ün II. Dünya Harbi Hatıraları» - «Memoirs of a Turk of the second world war by the Red Army to the Caucasus National Legion," published in Istanbul in 2005. Also, all the hardships of the war survived Sapar Aymergen who wrote such novels as «Son Köprü» - “Last Bridge" (1992), «Tayga Mahkumları» - “Prisoners of taiga" (1995), «Sisli Körfez» - “Misty Bay" (1997). Memories of the above authors are written 40-50 years later, after the war. It is quite natural that during this time a person may forget the details of the war years. 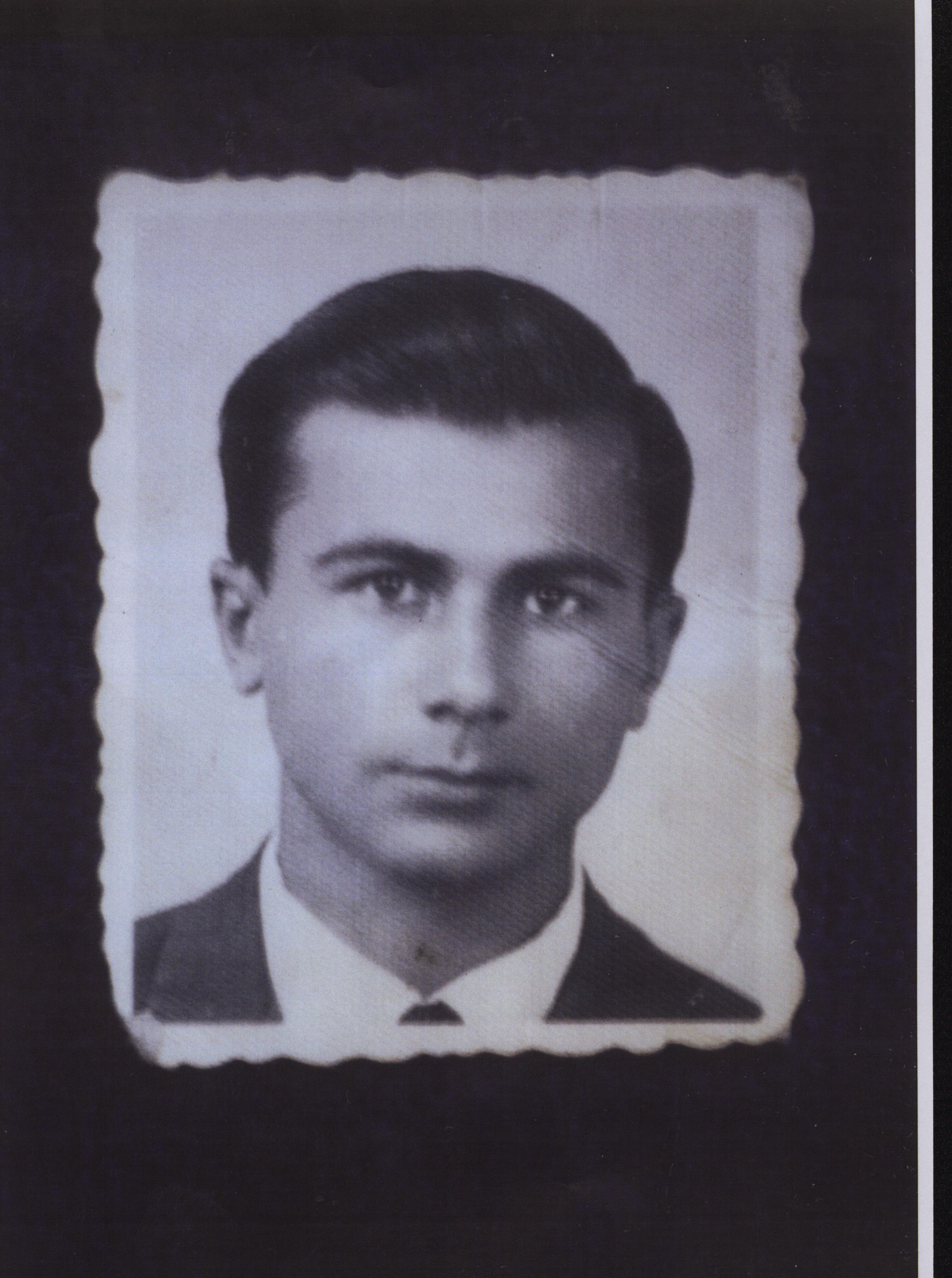 In the works of Cengiz Dagdzhi is one feature. Dagdzhi wrote his memoirs during the war, so all of the events in his works are shown in great detail. Dagdzhi began to write his memoirs in years 1944-1955. When A. Kara began work on this material, he took as a basis for it a book published in 1998 in Istanbul, «Hatıralarda Cengiz Dağcı» - «Cengiz Dagdzhi in the memories". In addition, the novels of Dagdzhi, telling about the war period «Korkunç Yıllar» - "the terrible years”, «Yurdunu Kaybeden Adam» - “A man who lost his homeland" and «Biz Beraber Geçtik Bu Yolu» - “We passed this way together" were used. Of course, any novel, is first and foremost a work of art. So, how would Dagdzhi claimed that the facts set out in his novels were very faithful, the historian could not take all the truth. True events of the novel, we tried to be based on historical facts. From this point of view, the main guide became Dagdzhi memories. If Dagdzhi did not publish his memories, it would be very difficult to distinguish fictional from the historical events.

At the same time, for the veracity of the described events and the circumstances were studied historical memory and historical research of the period, and other personalities. So, through the person of Dagdzhi was born another work of the events and moods, which survived the Turkish soldiers during the Second World War.

In the chapter "Life in captivity and Nazi camps" the state of the soldiers, who were captured was described. After the captivity, on the river Bug, Dagdzhi together with a group of two hundred prisoners was taken to the concentration camp in Kirovograd. After two months spent there in the first week of November he was transferred to the camp in Uman. Spent the first day without deaths in captivity, Sadik Turan perceived like a paradise. However, the joy of taken prisoner was short-lived. He realized that the life of a prisoner of the Germans, frightening than the most severe and harsh conditions of war. In the evening, the first day of entering the captive, the Germans locked them in a dark barn in a village near the Bug River. There were other prisoners in the barn.

August 11, 1941 here another group of people captured by the Germans was brought. As a result, the number of prisoners reached five hundred people, in the barn was so crowded that people had to stand until dawn. The next day, the Germans gathered the prisoners at the site on the outskirts of the village. Armed German soldiers surrounded them. Newcomers among the prisoners knew the latest news from the war fronts. According to the newly arrived prisoners, German troops advancing eastward from the speed of an arrow. It was suggested that such rates Moscow would fall just in two or three weeks.

Most of the prisoners shared this view. Sadik Turan believed that if Moscow would be taken, the war would end, his people would find freedom. "The war will end and my people will rise again. Oh, God, is all I see the truth? I see my people, my country, reborn after the unimaginable sufferings, tragedies and hardship! I can see in free, independent country our smiling mothers stop crying, smiling children, happy fathers. I see the minarets of mosques, brightly shining in the sunlight, sunlit school, buried in green dress villages. What are my tears next to all this? Even if vile and cruel enemies shoot me, shed my blood, and now I do not care. All my troubles worth absolutely nothing to the freedom of my people!"

Mustezhip Ulkisal who for seven months negotiated with the Nazis in Berlin for the establishment in Crimea the national-democratic power, eventually realized the futility of his intentions. Ulkisal clearly understood that the Germans do not think to provide the Turkic regions of the Soviet Union any democratic rights. Like the Bolsheviks, the Germans planned colonization of Turkic countries. In addition, the Germans would have implemented these plans much faster and tougher than the Russians. Summing up, we can say that the German authorities for the Turkic peoples of the Soviet Union would be a change of the "masters".

According to the book of Kara A. The truth of the Turkestan Legion - between the swastika and the red star. - Astana, "Public Opinion", 2015.