Home News Interview Ozgezhan Kesizhi: I want to research the issue of nationalism of the times of Alash Horde

Ozgezhan Kesizhi: I want to research the issue of nationalism of the times of Alash Horde 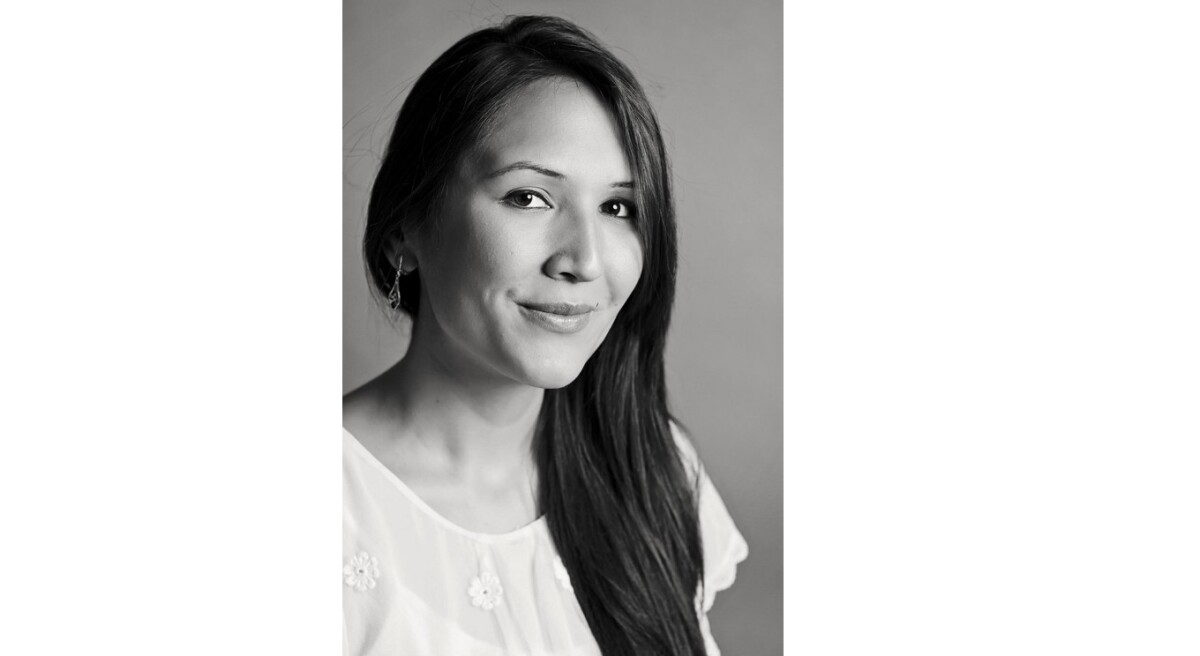 - My name is Ozgezhan Kesizhi and I defended the Doctoral Dissertation at Faculty of Sociology. The theme – “Movement “Alash Horde”: nationalism, which came till our days”. I worked on the dissertation for four years and this year I successfully defended it. I finished Bachelors and Masters programs in Munich University, Germany. The basic education is the Political Science. At that time I studied the issues of nation in Kazakhstan, wrote a number of research works.

After that I wanted to research the theme of nationalism of present days in Kazakhstan, specially, for the point of view of history. So, I came to the theme of Alash Horde. Upon the graduation of Masters program in the aim of the development of  materials regarding my theme I visited Eurasian National University in Astana. “At the same time I decided to study national issues in the time of Alash Horde”, - tells our compatriot Ozgezhan Kesizhi. It became possible to talk to her by skype. Nowadays, she studies in Dublin, Ireland. Her father Kayim Kesizhi – active public activist, who united Kazakhs of Europe and devoted life to the service to interests of the Kazakh people. 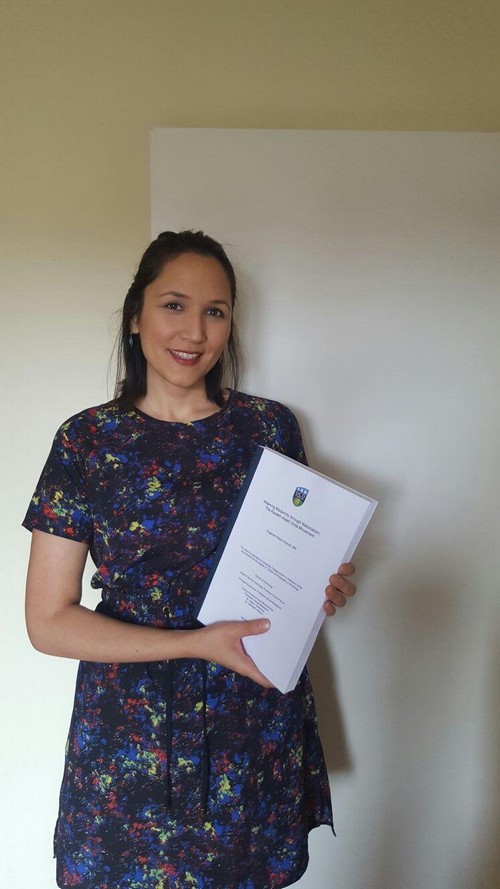 - You wrote the dissertation on the theme of Alash Horde. Scientific field,  scientists of Kazakhstan evaluate Your work as high achievement. What is the novelty of Your dissertation? On what unknown for us data is it based?

- For getting facts concerning these issues  in 2014 I visited Central Archive in Almaty. In view of the fact that it was necessary to study this issue not from the point of view of history, and his social aspect, I could use much information kept in the four-volume work under the name of “Movement Alash”. My main aim was the study from social point of view, that’s why much needed to work on the clarification of historical-social point of view.

I worked much in the Central archive, and I think that I could to use the collected material effectively. In Europe in the science of sociology exists the category “nationalism”. European sociologists consider: “Nation can be the nation when it will be the model”. In the west nationalism appeared after industrial revolution.

Kazakhstan was a colonial country, it succumbed to Russia and that’s why it is possible to meet a lot of information about the date how their liberation movement was developed, why they were blamed in nationalism and about suffering harm. For example, there are many works about national struggle of other foreign colonial states, such as African states.

However, we keep silent when it touches upon Alash Horde. That is why I invested much work to the study of that issue. If to take into consideration the social state in the time of formation of Alash Horde we understand that Kazakh people that time did not escape from nomadic way of life, and this intelligentsia tried to leave behind the ancient way of life, open eyes to illiterate people and create powerful state, became a model of the basis of nation. Such thoughts can be conclusion of that theory about which I said before - “Nation can be the nation only when it becomes the model”.

- History of Alash Horde is mysterious and full in secrets history. Which methodology you proposed for the study of that theme?

– In the study of this theme I took for the base much data, published in Kazakh printed editions. For example, I wrote articles, research of Alikhan Bukeikhan, Akhmet Baitursynov, Mirzhakip Dulatov, poems of the poet Magzhan Zhumabayev and used them in the expression of some of his thoughts.

And I can say that my method was successful. Besides, for the last time I started reading publications of the theme of nationalism greedily.

- You say that you based on scientific works of Kazakh scientists during writing of Your dissertation. What unknown for us European scientists could you name? And about their works…

- We have got a scientist Steven Sobol, he is a true historian. He studied the theme of Alash from the point of view of history and in 2003 he published the research as a book. In this work he analyzed the aims and tasks of the Alash movement, political views of his leaders and at the end he wrote the biography of three most famous activists of Alash: Alikhan Bukeikhanov, Akhmet Baitursynov and Mukhamedzhan Seralin. In my opinion, this book was written in a great way.

Also, the scientist Pete Thier also defended the dissertation on the theme of Alash. However, he did not issue his work as a book.

Also there is the historian Gulnar Kendirbay who wrote many articles in English. The works of these scientists became the base of my dissertation. 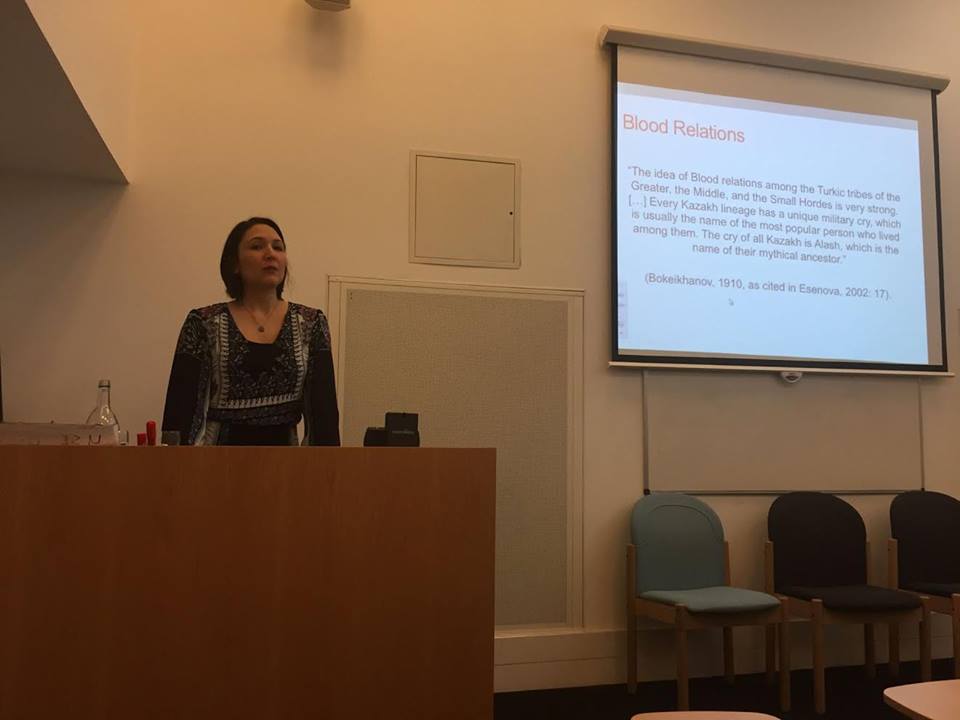 - What archives did You visit during the work on dissertation? With what documents did you get acquainted?

I got acquainted with the notes of activists, strongly striving for defending of  native land and expressing revelatory words to the address of the Tsarist Russia. I read about the fact that M.Dulatov was arrested when his book “Oyan, Kazak” was published , as Stalin held under supervision the party Alash. Also, purposefully stopped on the theme of nationalism in the newspaper “Ak zhol” closed on the order of Stalin and studied it.

For that I had to visit the Museum of Victims of Political Repressions in South Kazakhstan.

- Thanks for the conversation. Wish you success!​

The interview was conducted by Zangar KARIMKHAN