Cultural walk: Central State Archive of the Republic of Kazakhstan 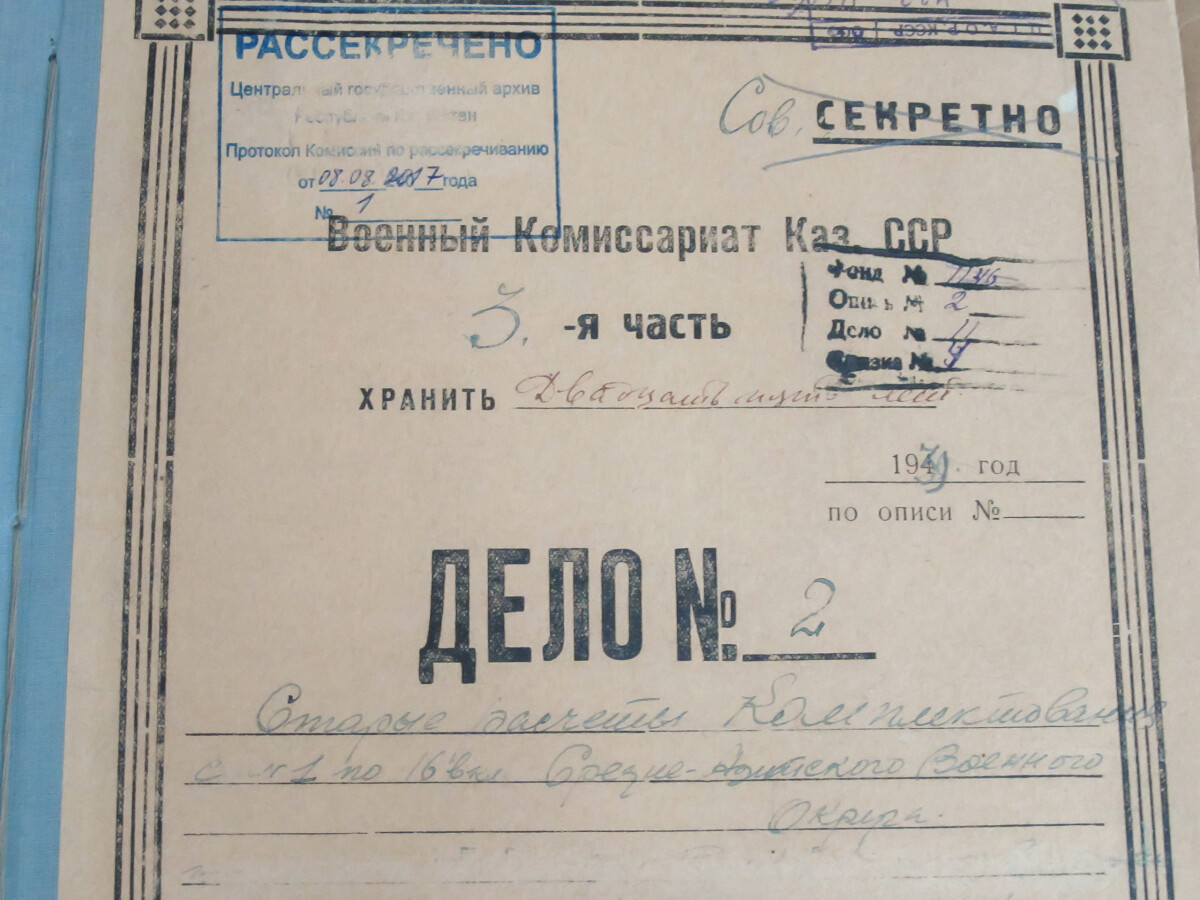 Every historian is familiar with the Central State Archive. All scientific works are based on archive documents

The walls of the archive corridor are decorated with portraits of its first leaders who headed it from the moment of formation. As it turned out, work to restore names and photos of managers is a difficult task.

Deputy Director of the Central Archive told about what a laborious work it is. The history of the largest archive of Kazakhstan was restored bit by bit. 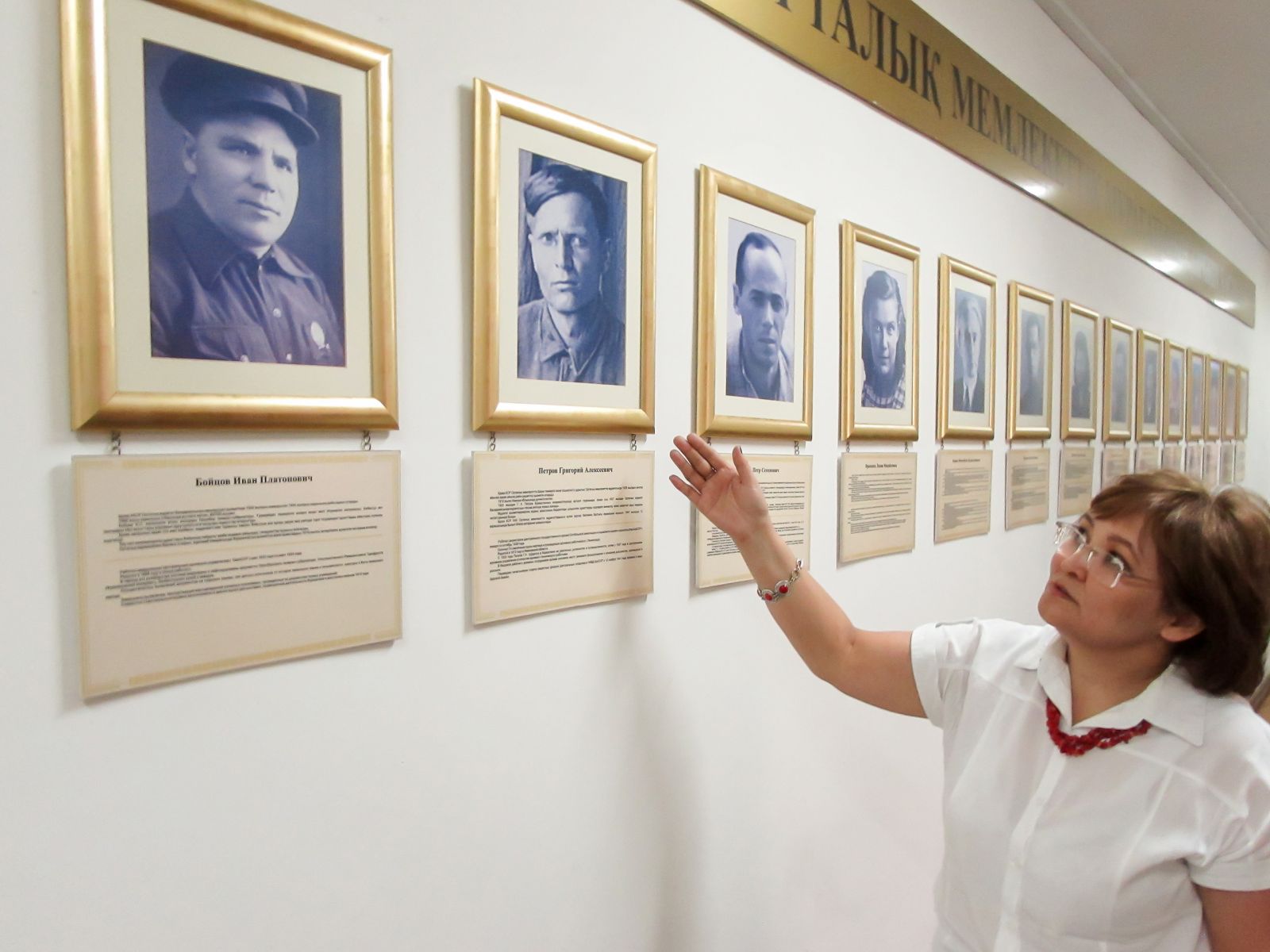 The first head of the archive was Boytsov Ivan Platonovich.

Fedorov Evgeny Georgiyevich was a descendant of the nobility and was dismissed for non-proletarian social origin. Balpanbayeva Gulbaram worked for 2-3 months, and then she was also fired. 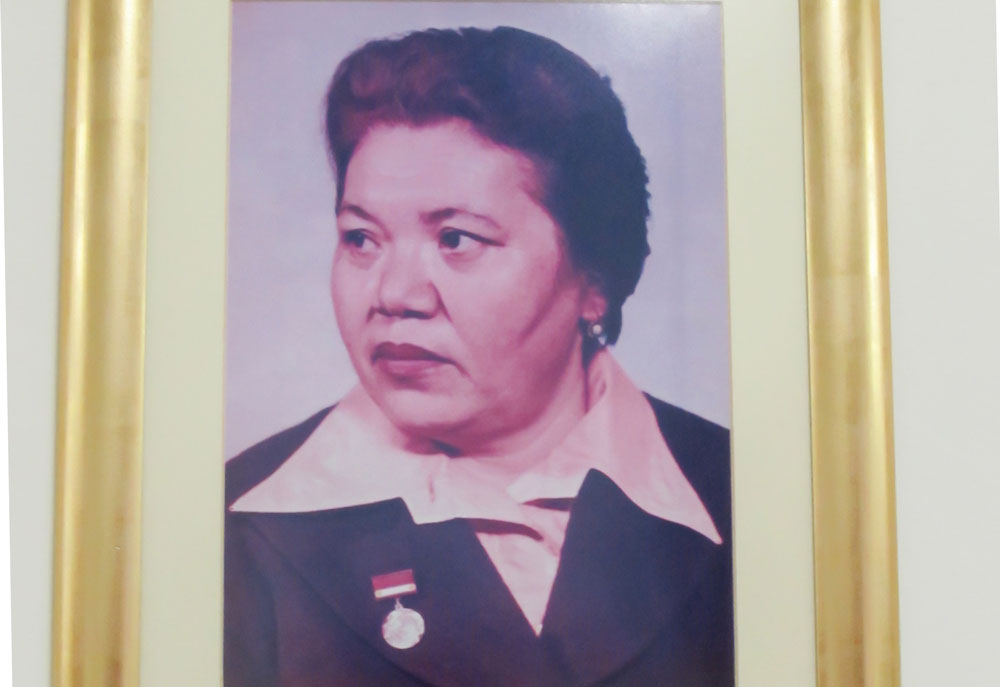 The first Kazakh leader was Abileva Medesh, a native of the West Kazakhstan region. She led the Central State Archive of the Kazakh SSR from February 1963 until the end of 1979. 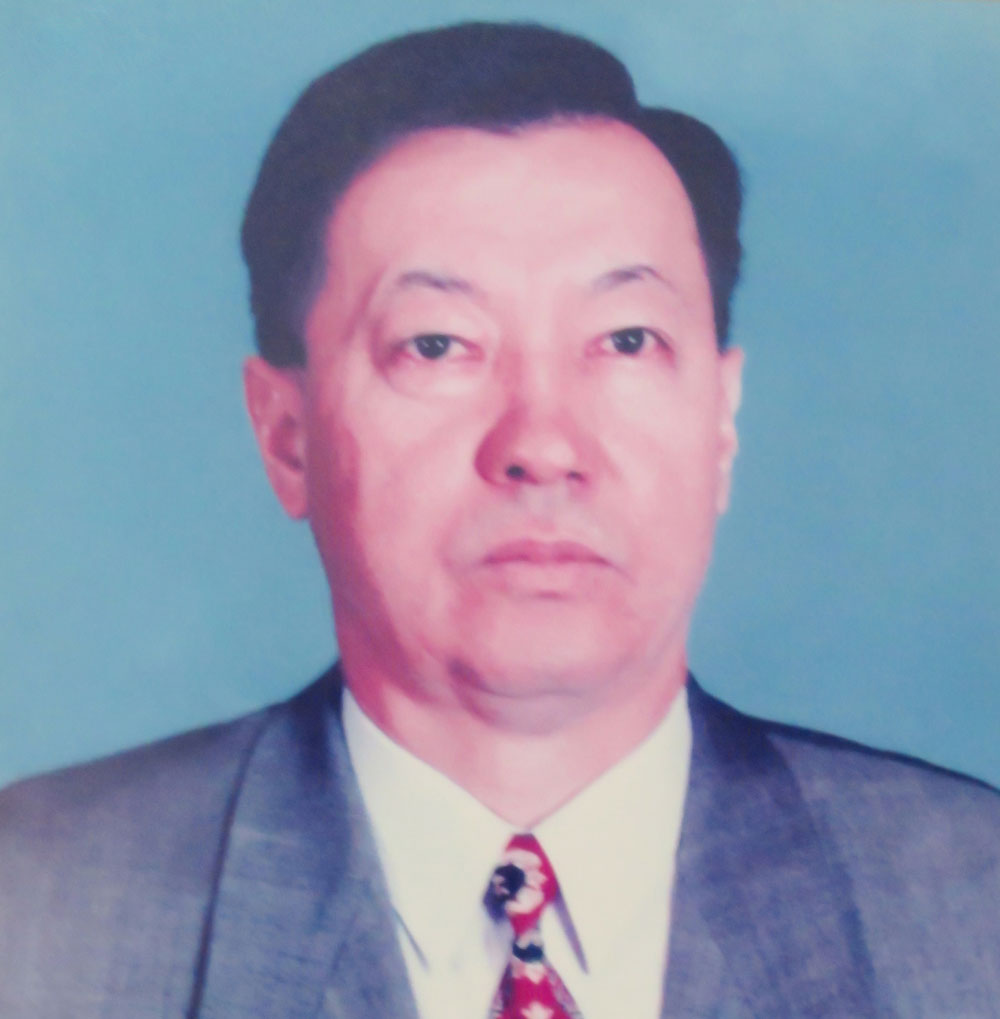 Nina Vassilyevna worked in the archive for many years, she knew all the employees by heart. She was under 80 years old, and from the photo she identified many figures of the archive. Kireyev F.N. headed the archive in 1941-1954, he did much for the archive, and he published the first book about the uprising of 1916. Khassanayev Marat headed the Central State Archive from January 1980 to August 1994, and then in 2000-2002. 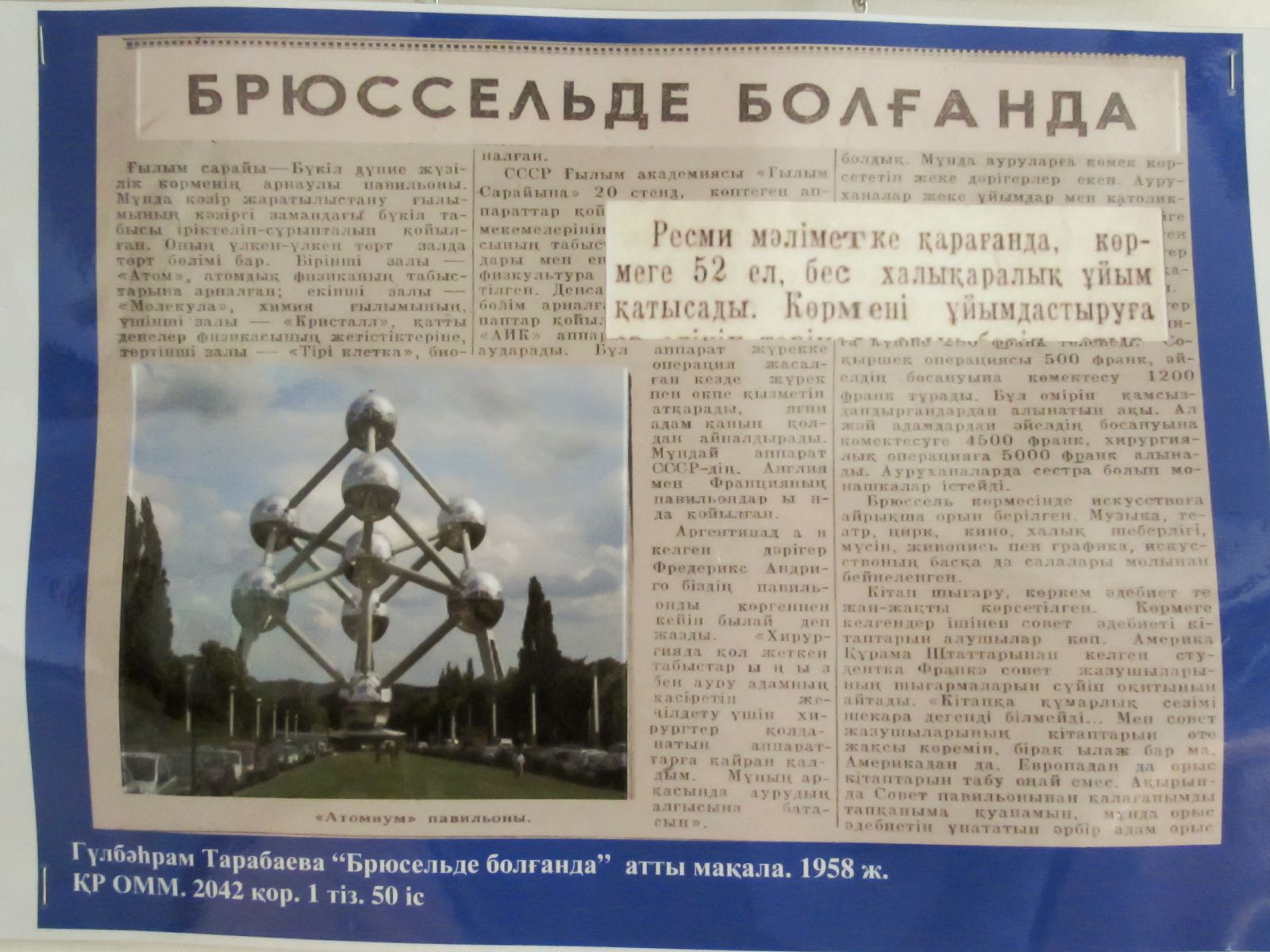 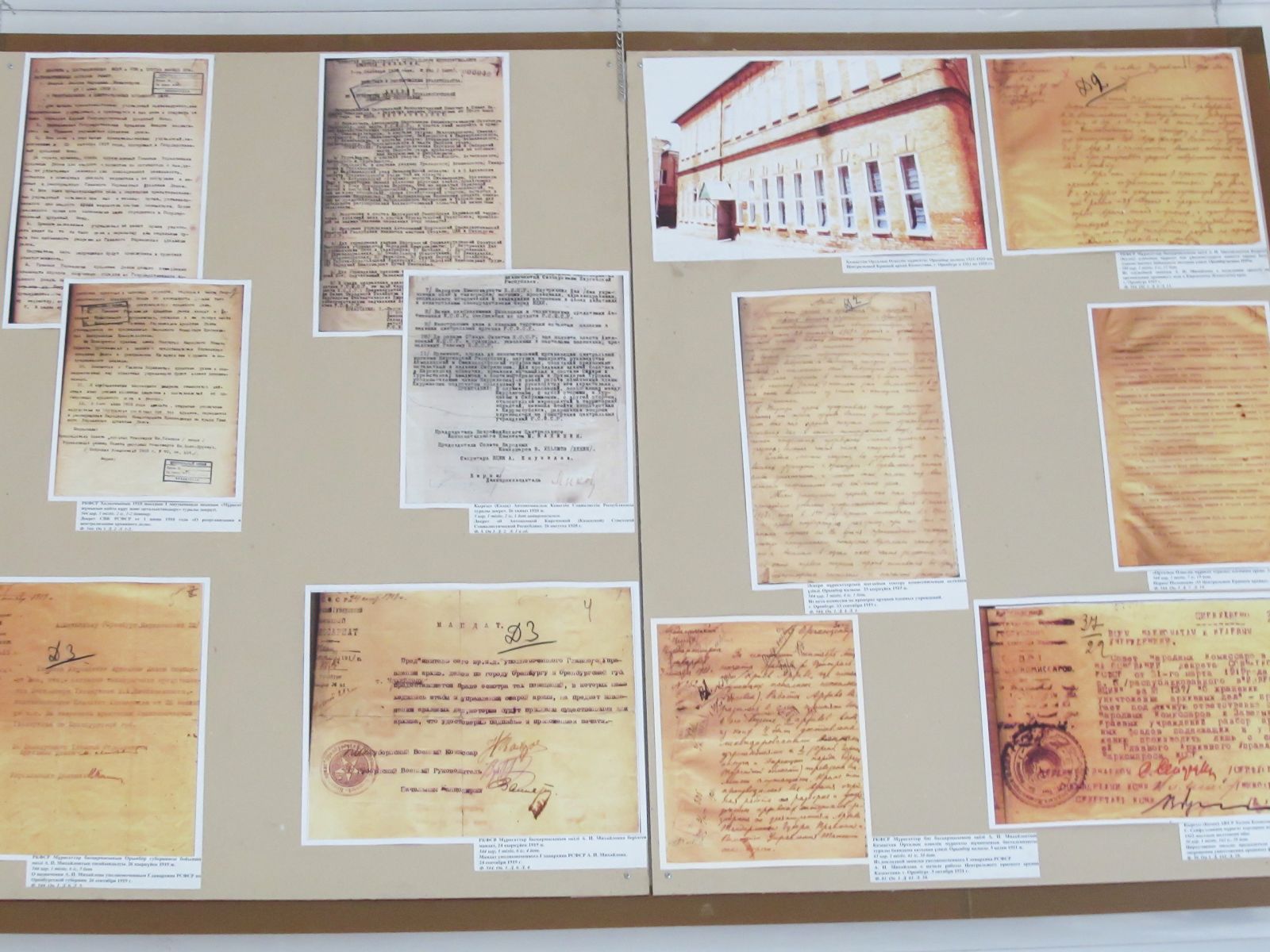 The next exposition presents the history of the Central State Archive, starting from the Orenburg period and up to the present. 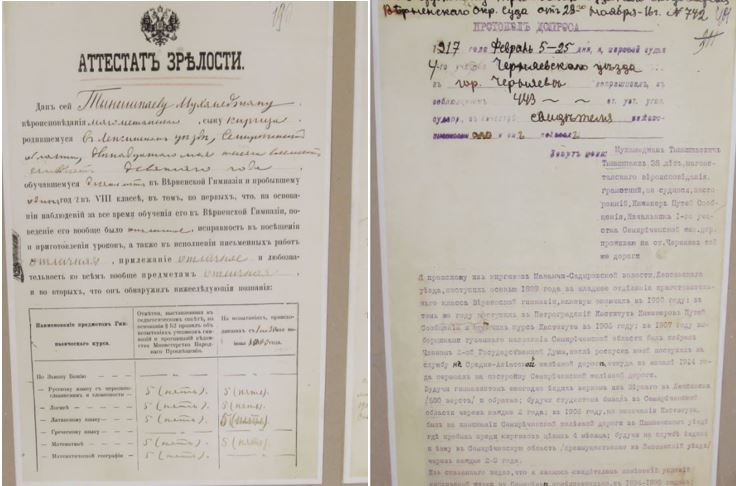 The archive contains unique documents of repressed state figures: for example, the certificate of maturity of Mukhamedzhan Tynyshpayev, the protocol of his interrogation as a witness in February 1917. 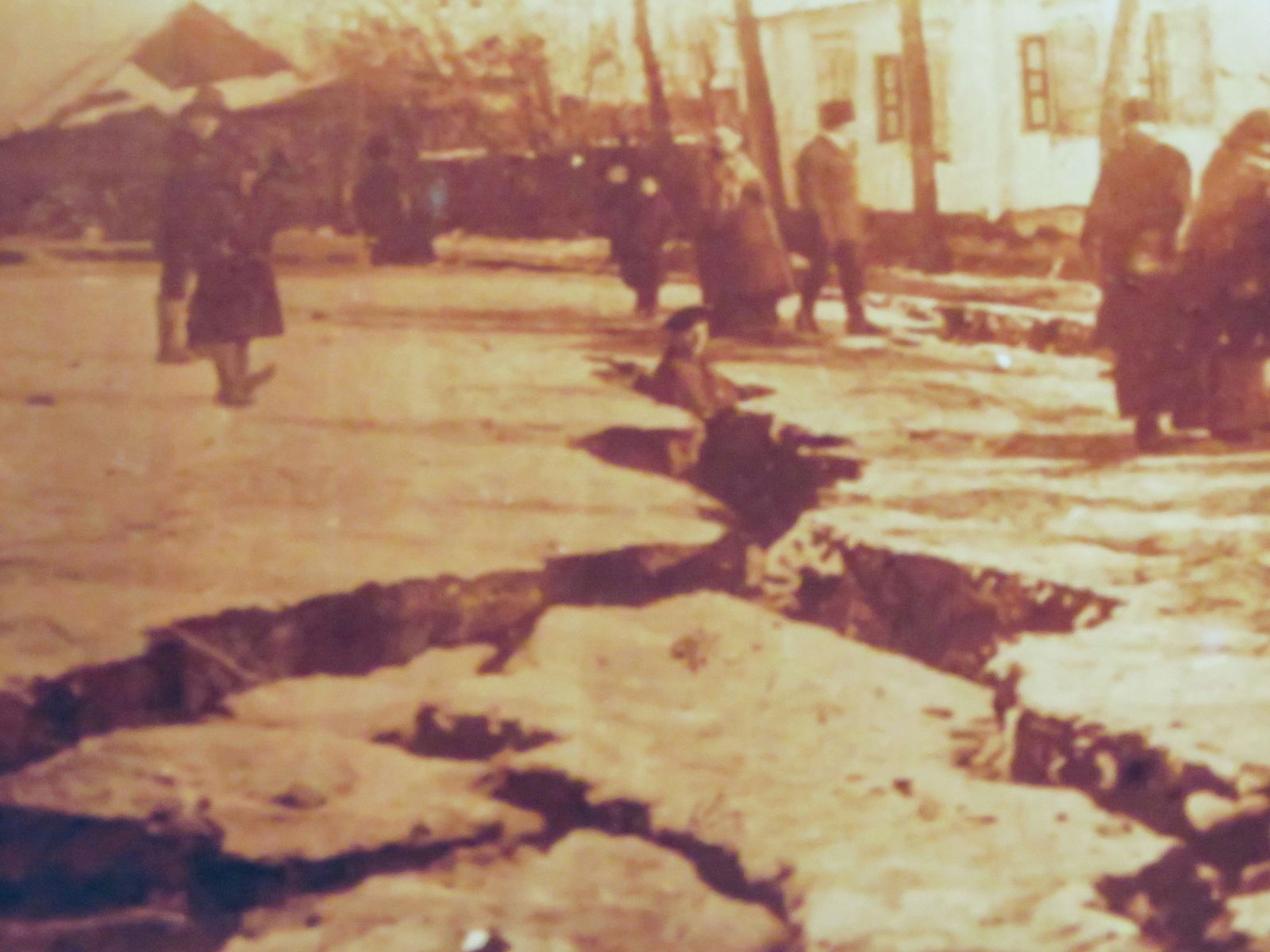 One of the photos shows the aftermath of the 1887 earthquake. 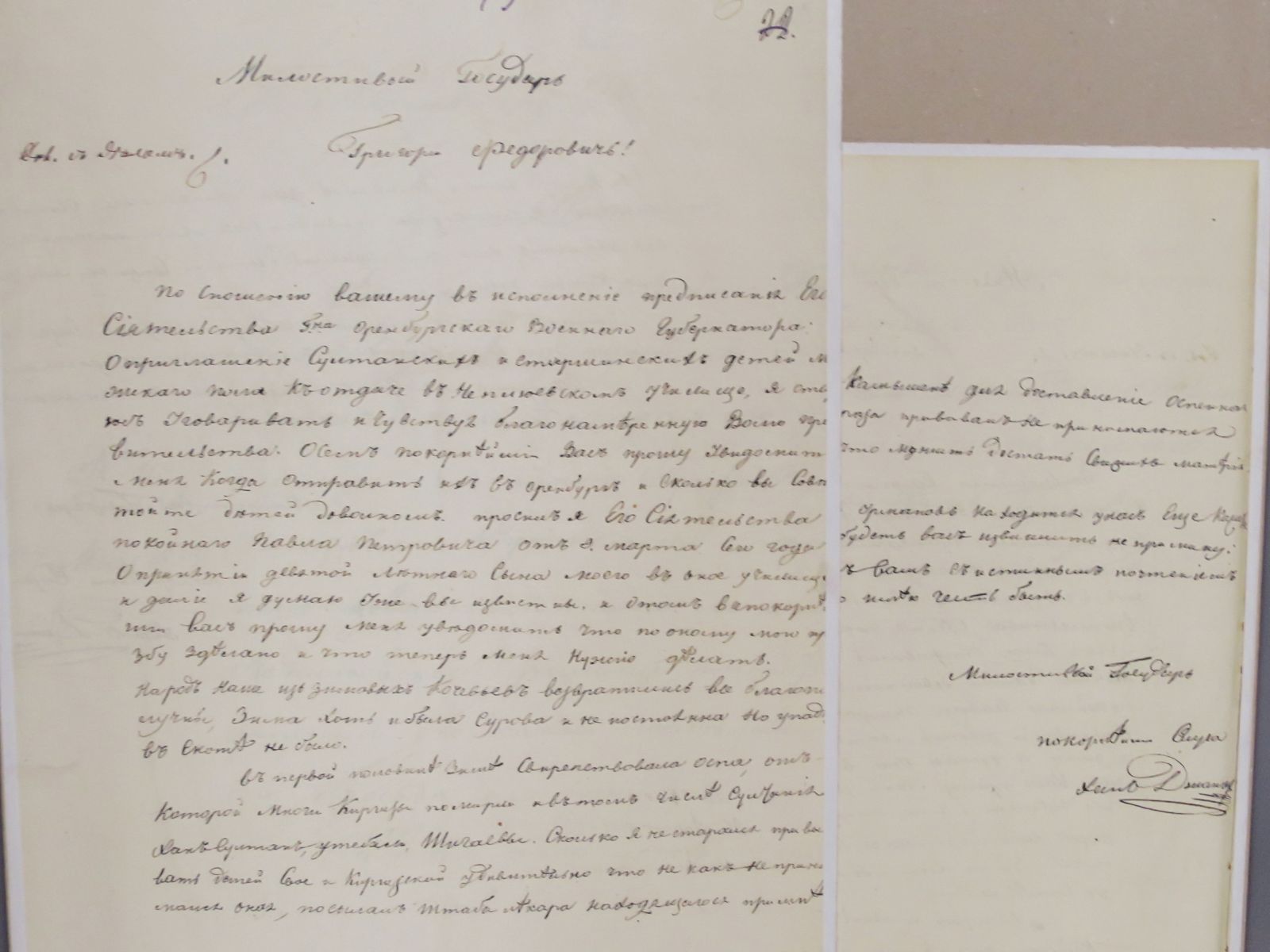 Here is Zhangir Khan's letter about the need to teach children. Zhangir Khan was accepted as an honorary citizen for active enlightening activity in Kazan. 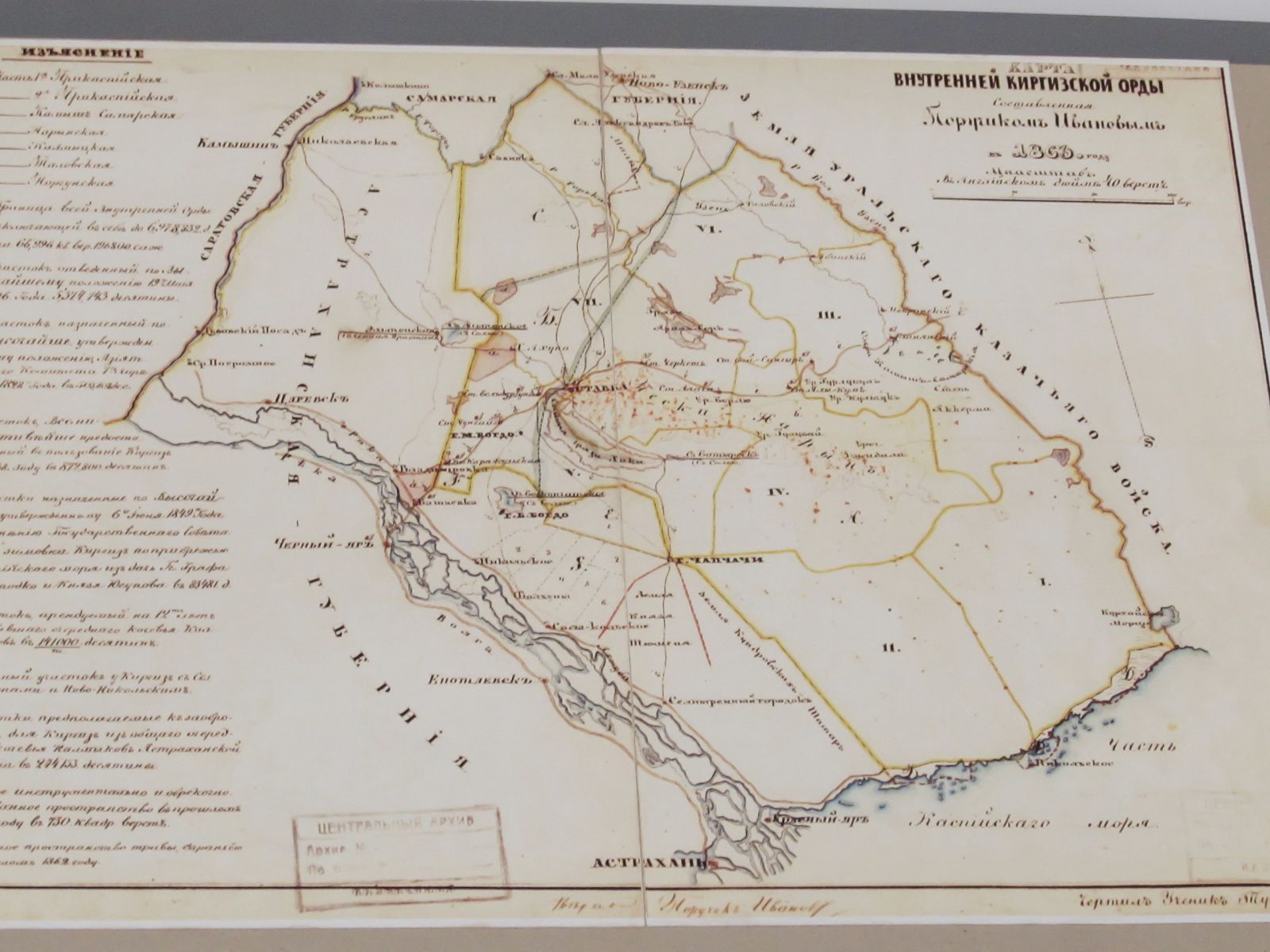 Map of the Inner Kirghiz horde. 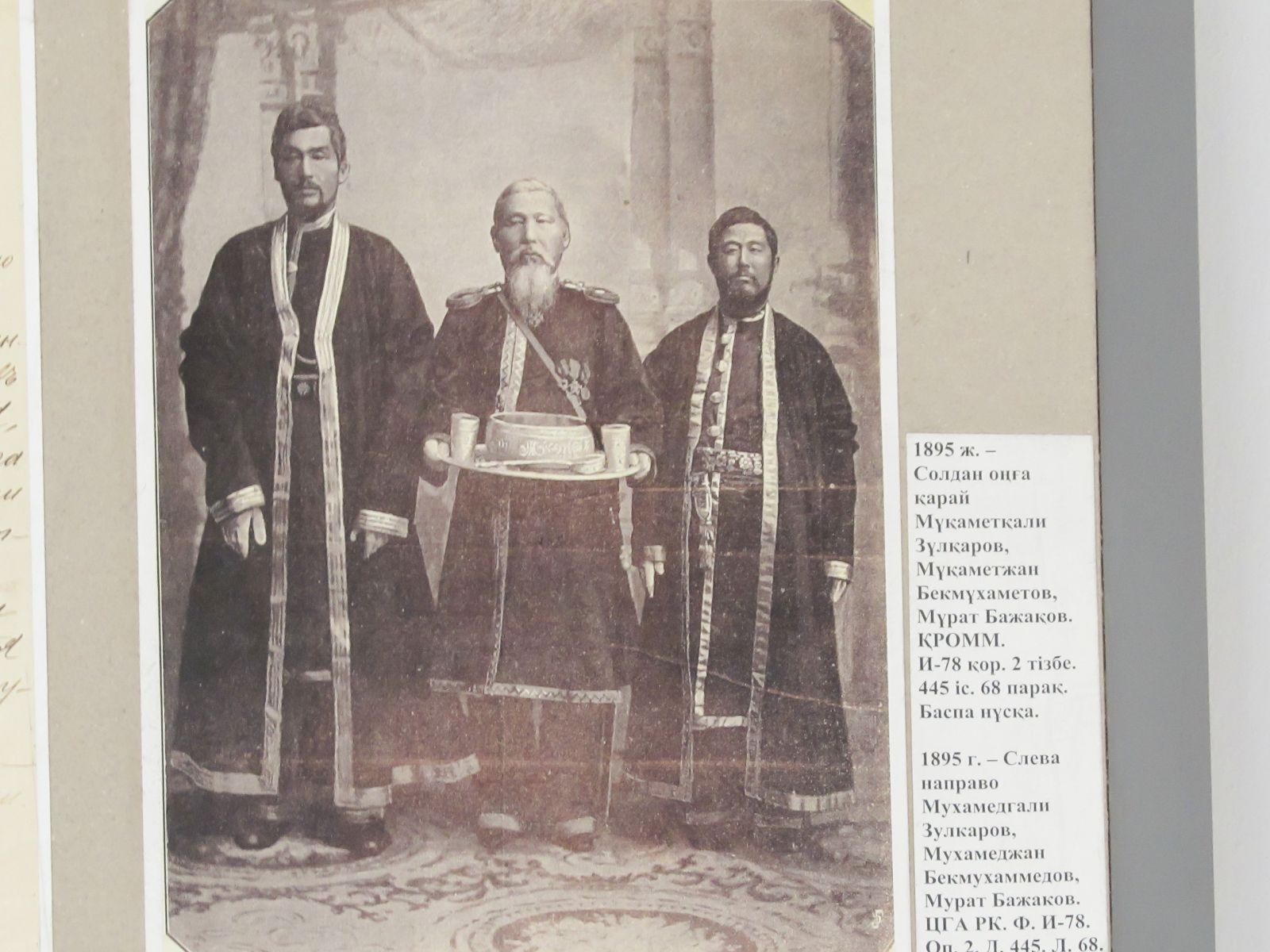 Typographical copy of the 1895 photograph: it depicts a deputation from the Kazakhs of the Bukey Horde to Petersburg with a gift for the Emperor. 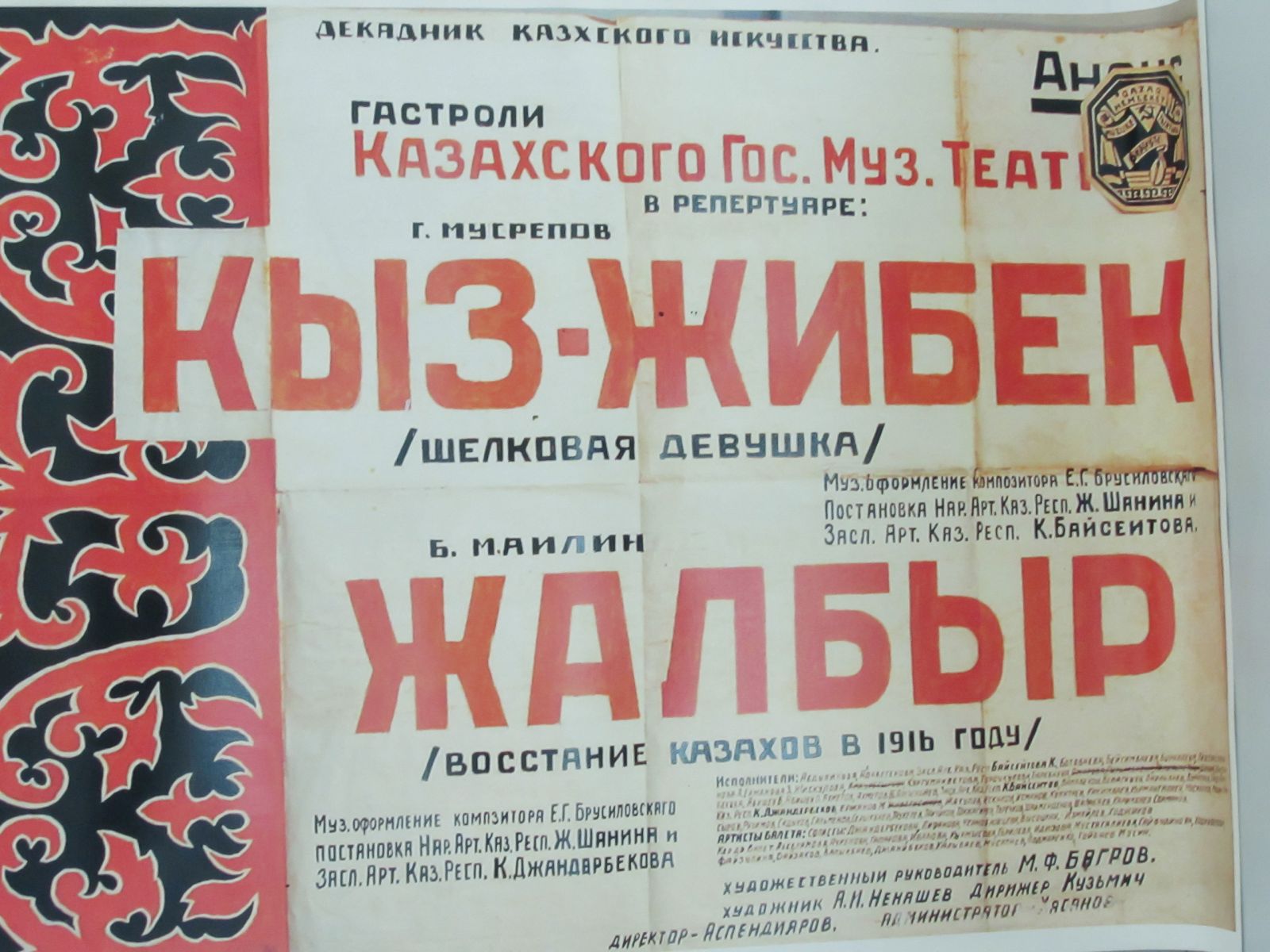 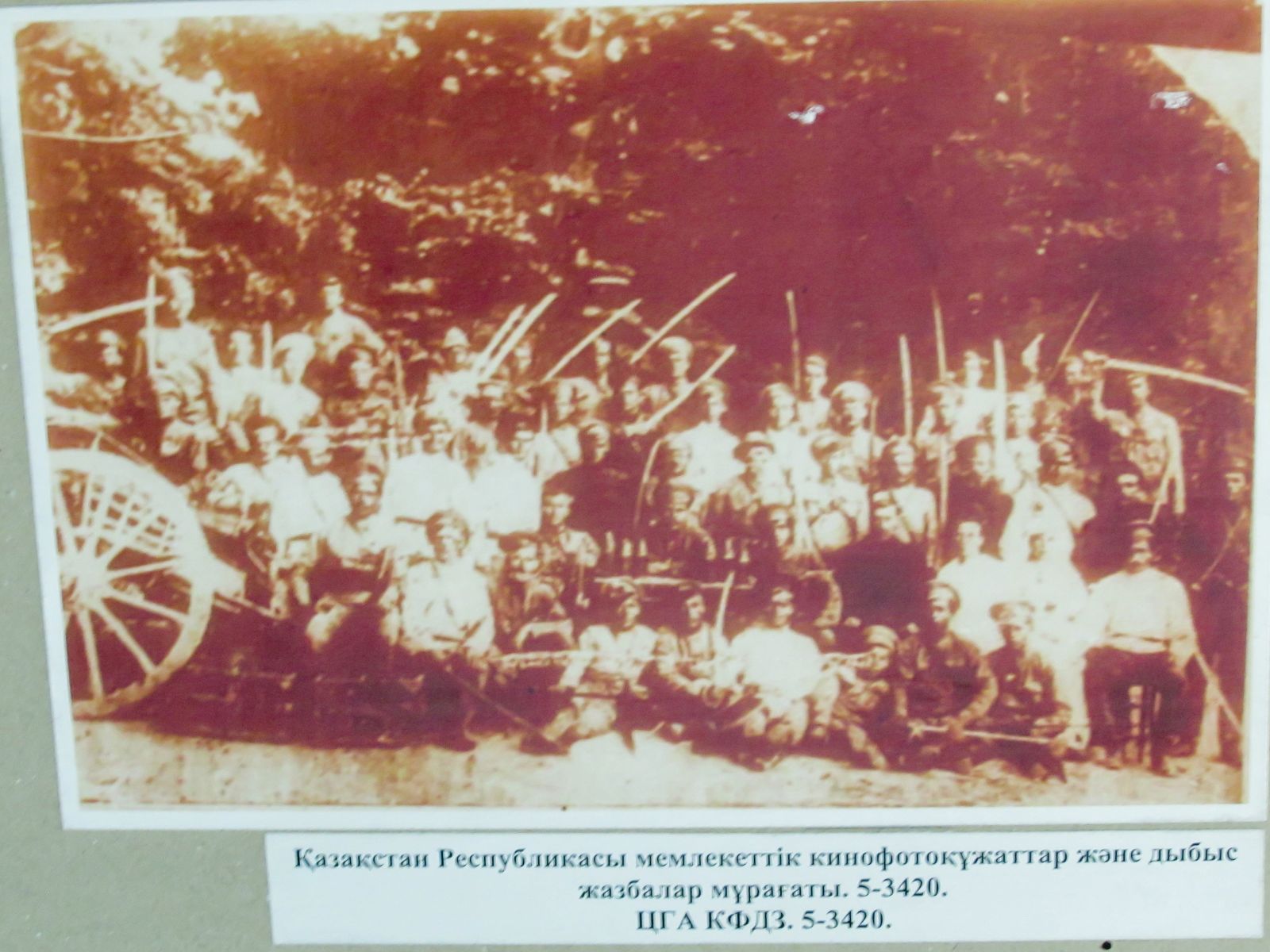 Documents of the Soviet period reveal the revolutionary events of 1917, the beginning of the civil war in the steppe, the history of the formation of the Kyrgyz region. 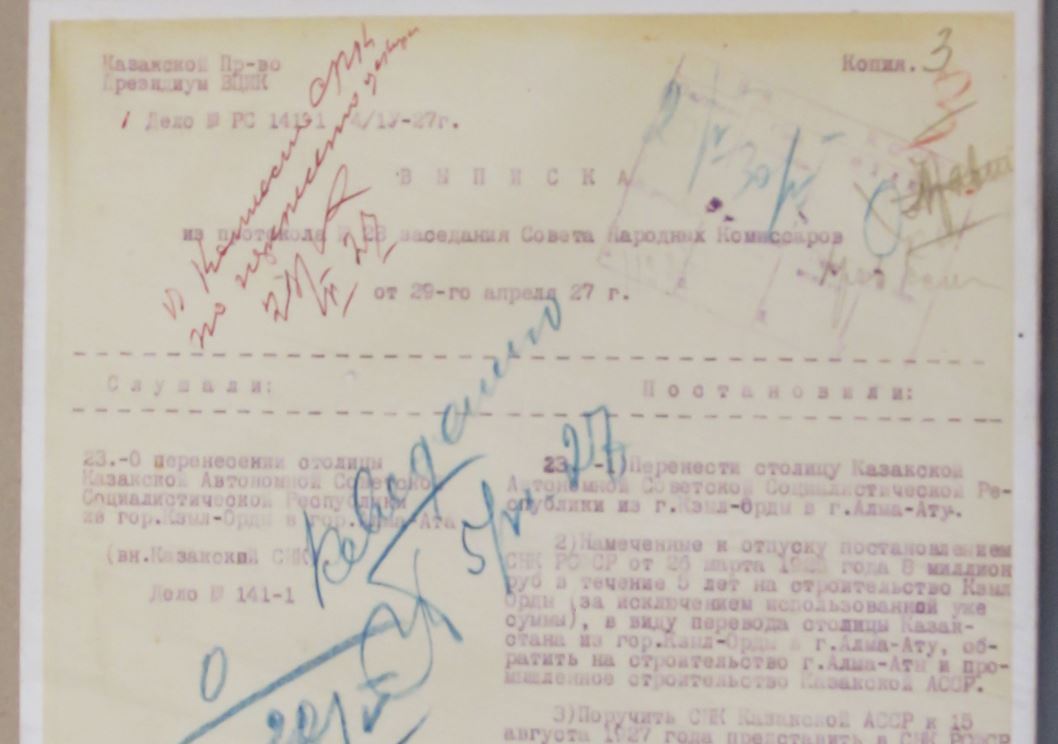 Documents of 1927 contain information about the transfer of the capital to Alma-Ata. 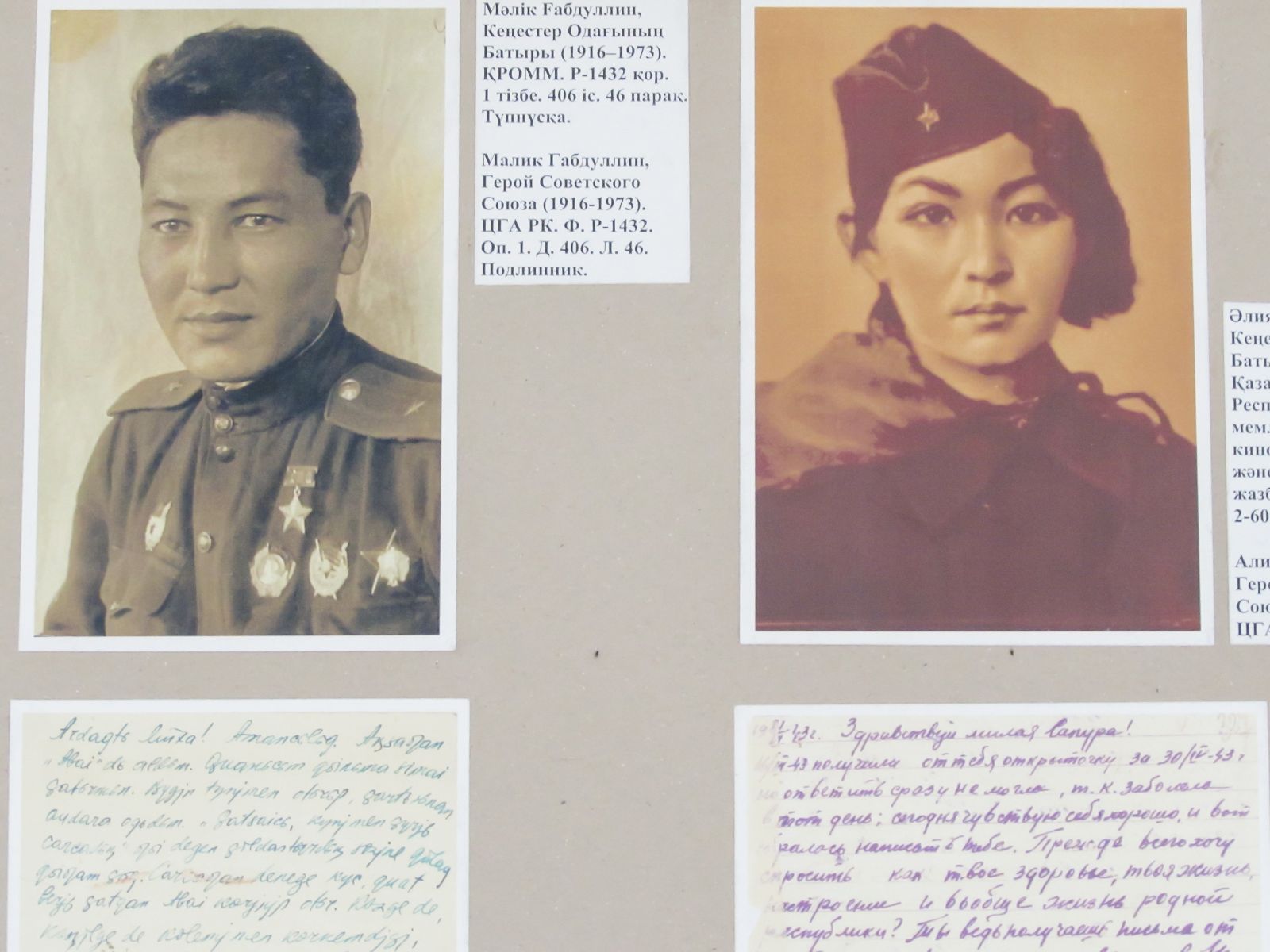 Here you can see the collection of documents of the Great Patriotic War period; it is represented by unique documents and letters from Malik Gabdullin, Aliya Moldagulova, Manshuk Mametova. There is a personal fund of Talgat Bigeldinov. 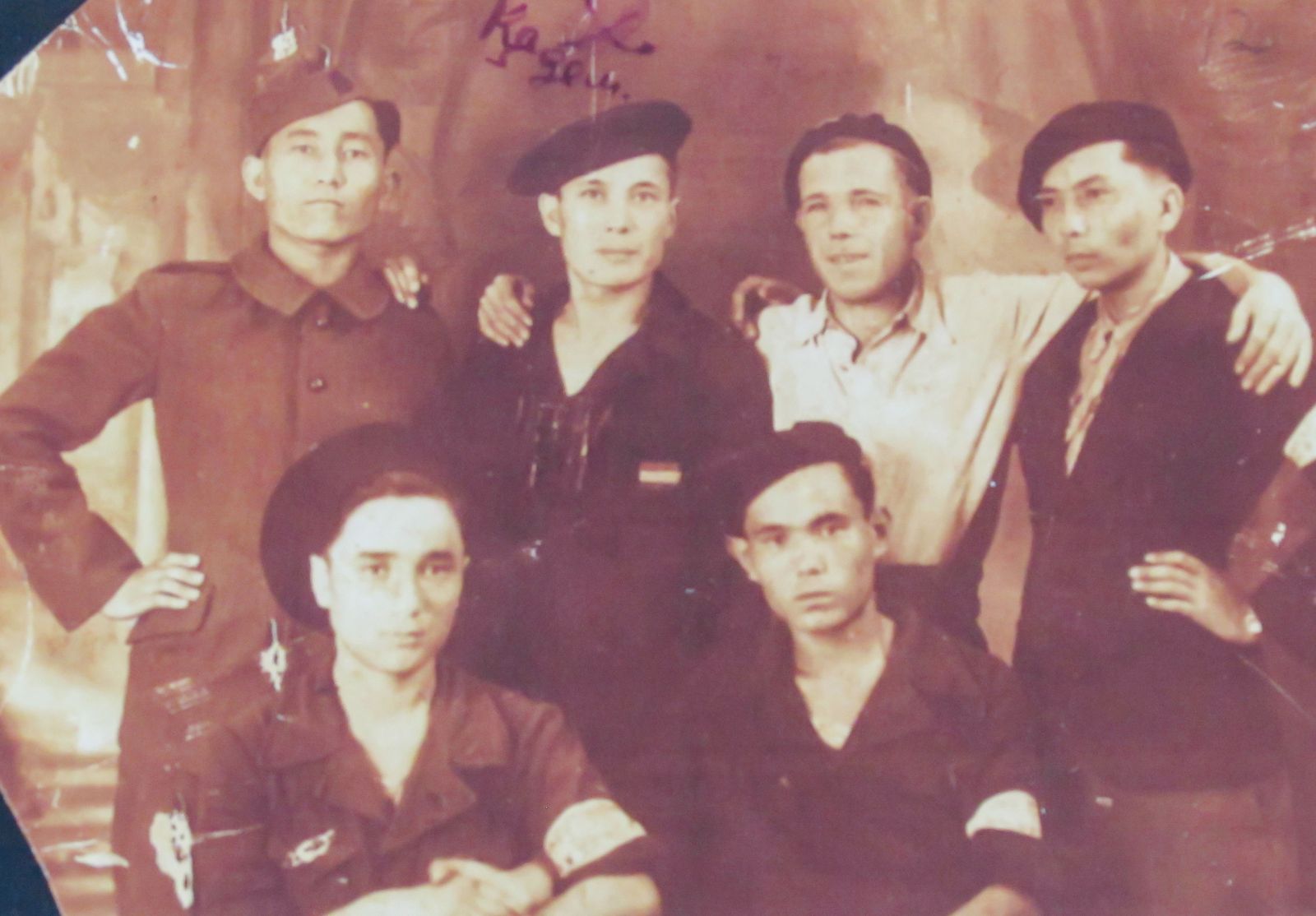 During the Second World War, Kazakhs who fled from fascist captivity were participants in the Resistance movement in Italy, Poland, France, and Greece. They headed partisan detachments. Kazakhstan archivists are conducting a prospecting work in Poland and Belarus. 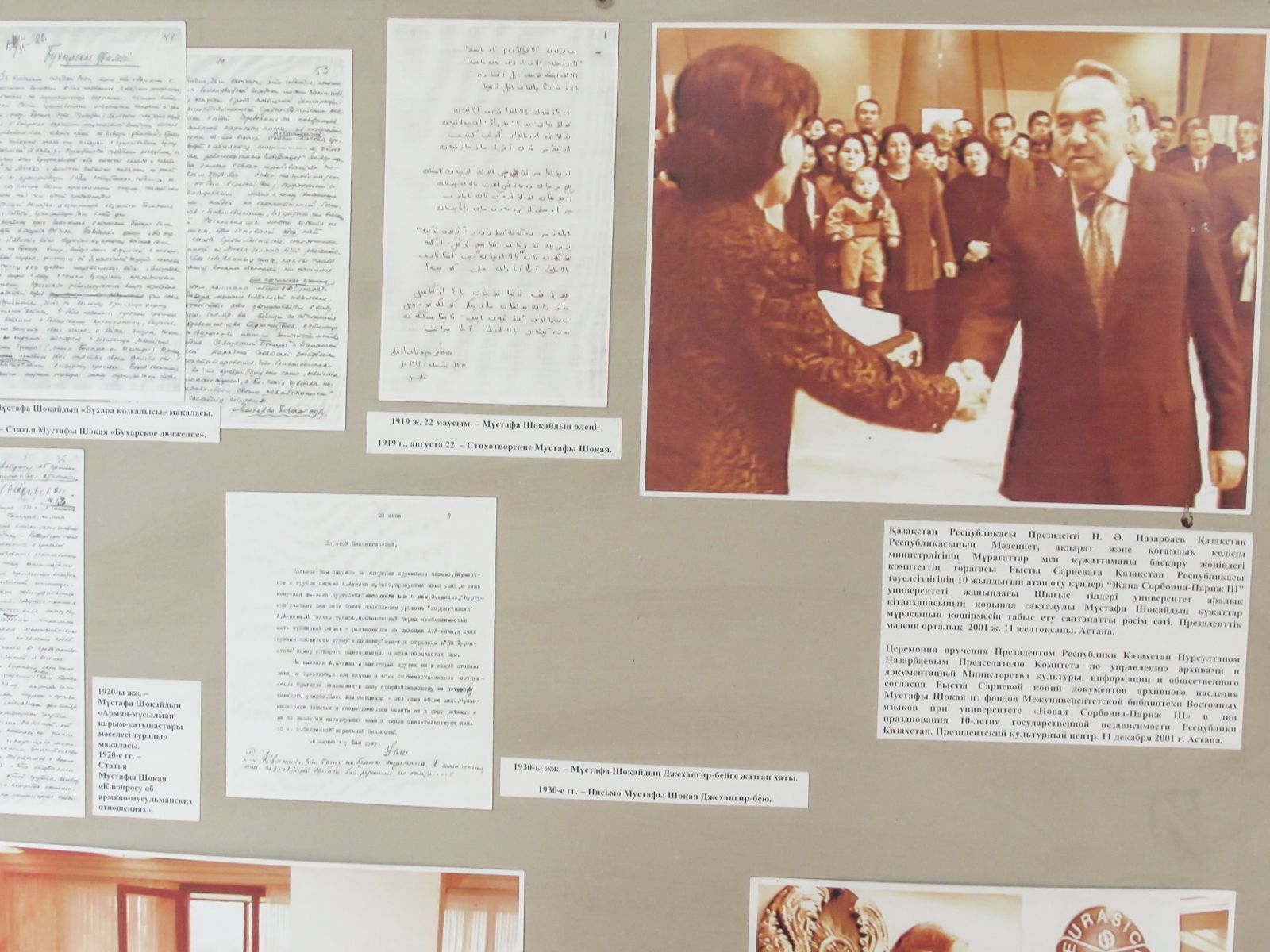 Copies of little-known documents by Mustafa Shokai were acquired in France, from the funds of the Inter-University Library of Oriental Languages ​​at the University "New Sorbonne-Paris III", during the celebration of the 10th anniversary of independence of the Republic of Kazakhstan in 2001. 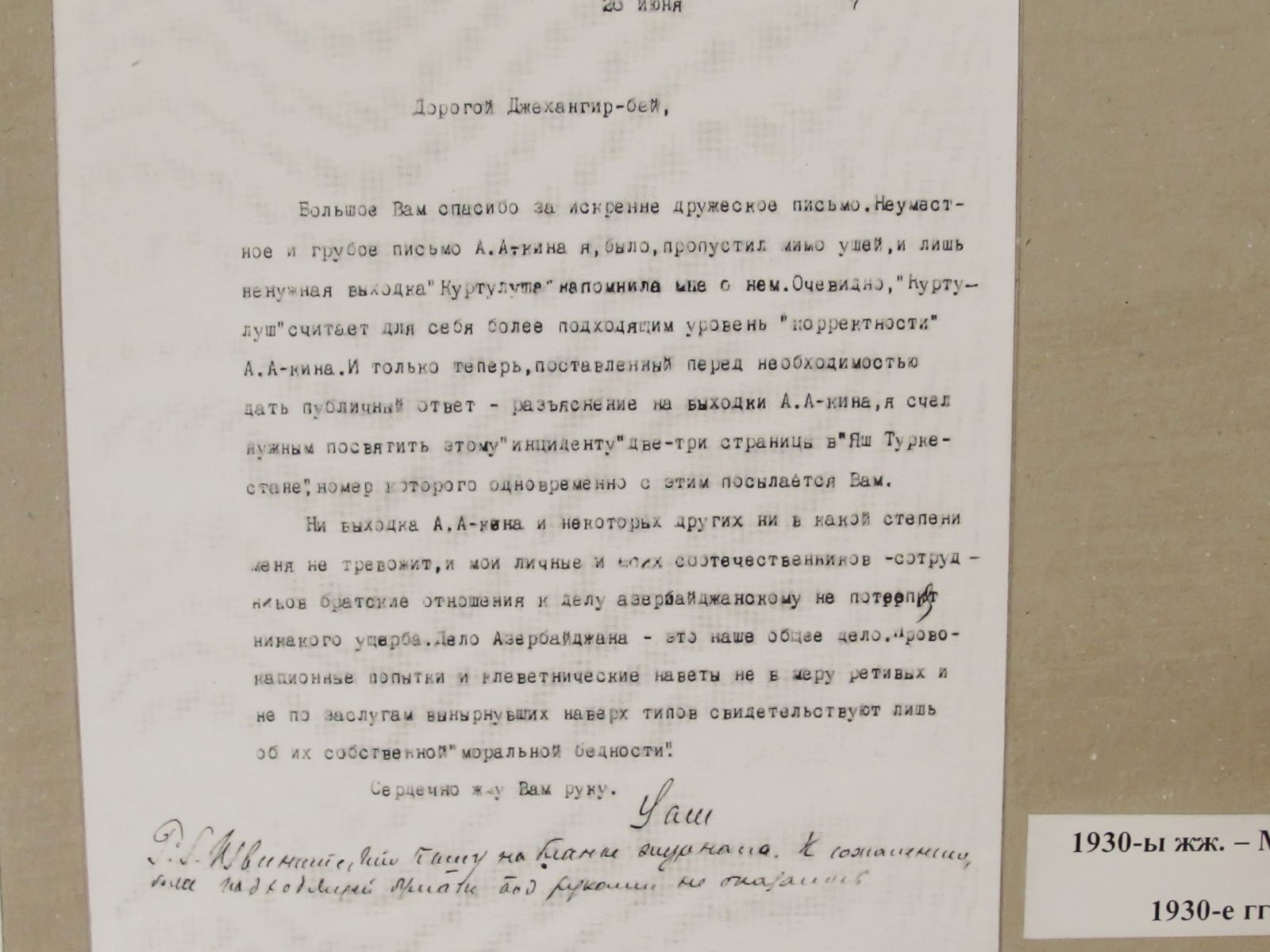 Central State Archive is one of the largest archives in which secret information is stored in a large volume.

The archive makes a lot of efforts to ensure that researchers can fully engage in their research.