Alikhan Bukeikhanov: "While I'm alive, I will serve the Kazakhs" 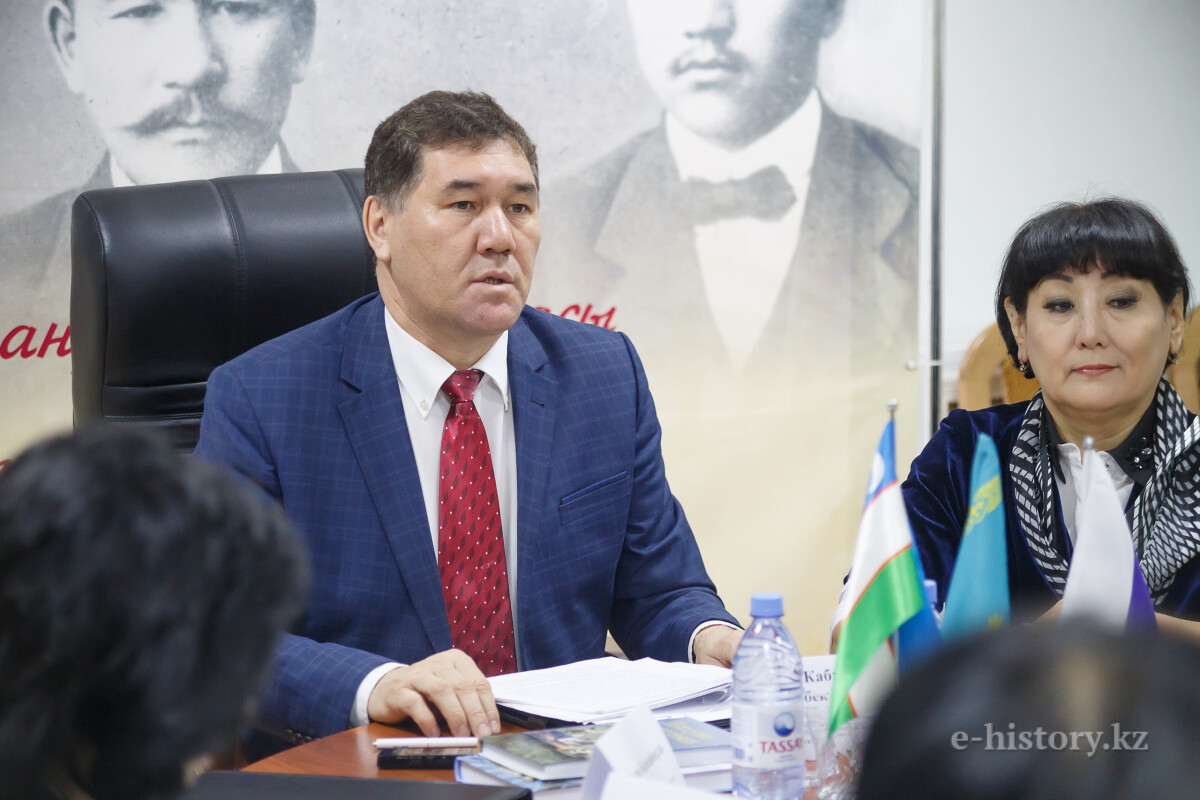 October 6, an international scientific and practical conference dedicated to the 100th anniversary of Alash on the topic "Alash: the view of contemporaries" was held in the State Archives of Astana

"The history of the Alash Party and the Government of Alash Horde are special pages in the memory of the generations of the Kazakh people about their struggle for an independent state. Representatives of the national intelligentsia such as Alikhan Bukeikhanov, Myrzhakyp Dulatov, Zhussypbek Aimautov, Zhakyp Akpayev, Halel Gabbasov, Ahmedzhan Kozbagarov, Mukhamedzhan Tynyshpayev, Alimkhan Yermekov and many others played a significant role in this struggle. Unique documents of the representatives of the movement and the Government of Alash Horde, preserved to this day, are clear evidence of the left indelible trace in the formation of a new, Kazakh statehood." 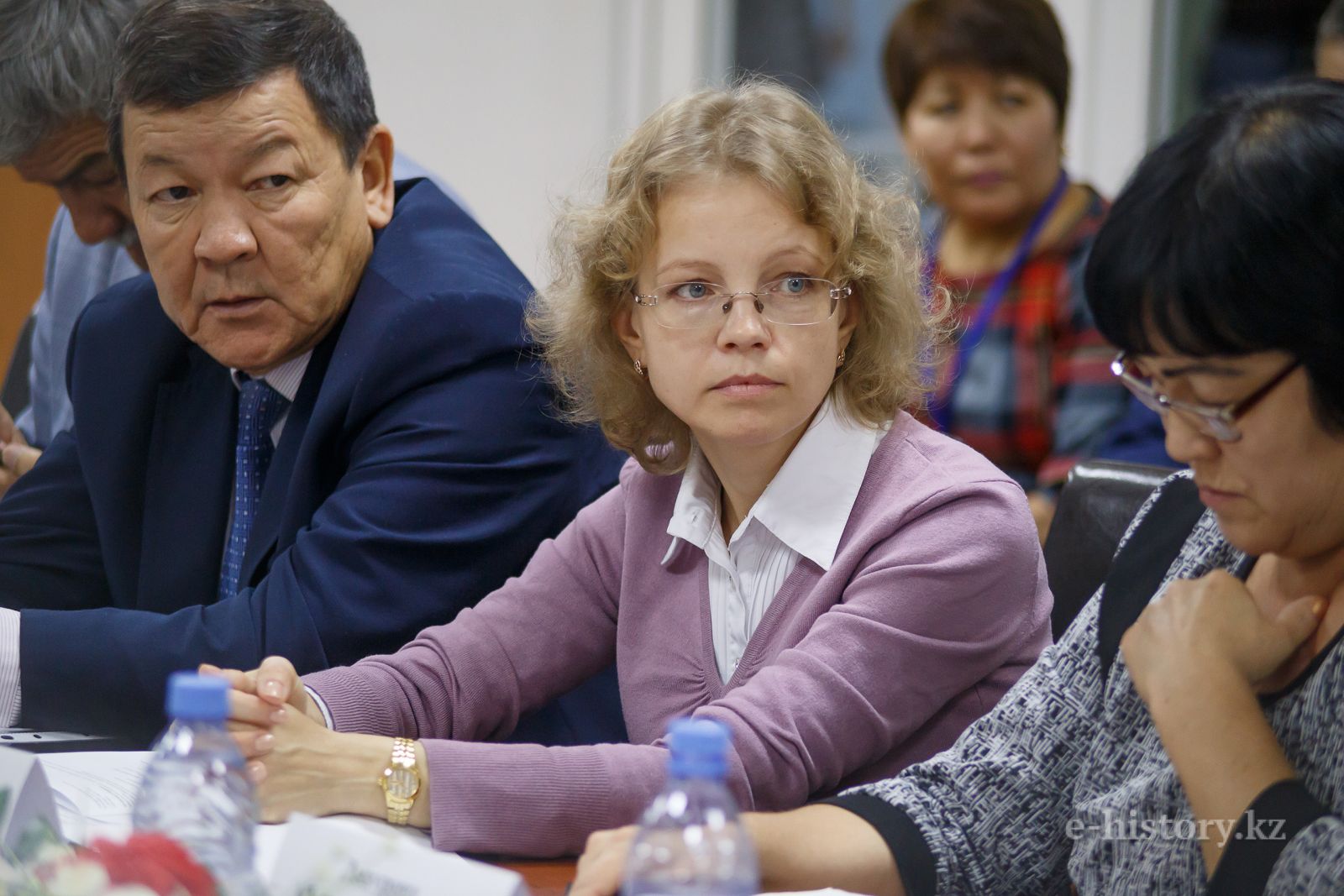 Domestic and foreign historians, archivists from Tomsk, Omsk, Orenburg regions of Russia, Tatarstan and Uzbekistan took part in the conference. Also, deputies of the Parliament of the Republic of Kazakhstan, representatives of the Astana city branch of the People's Democratic Party "Nur Otan", researchers of higher educational institutions, representatives of the public were also invited. 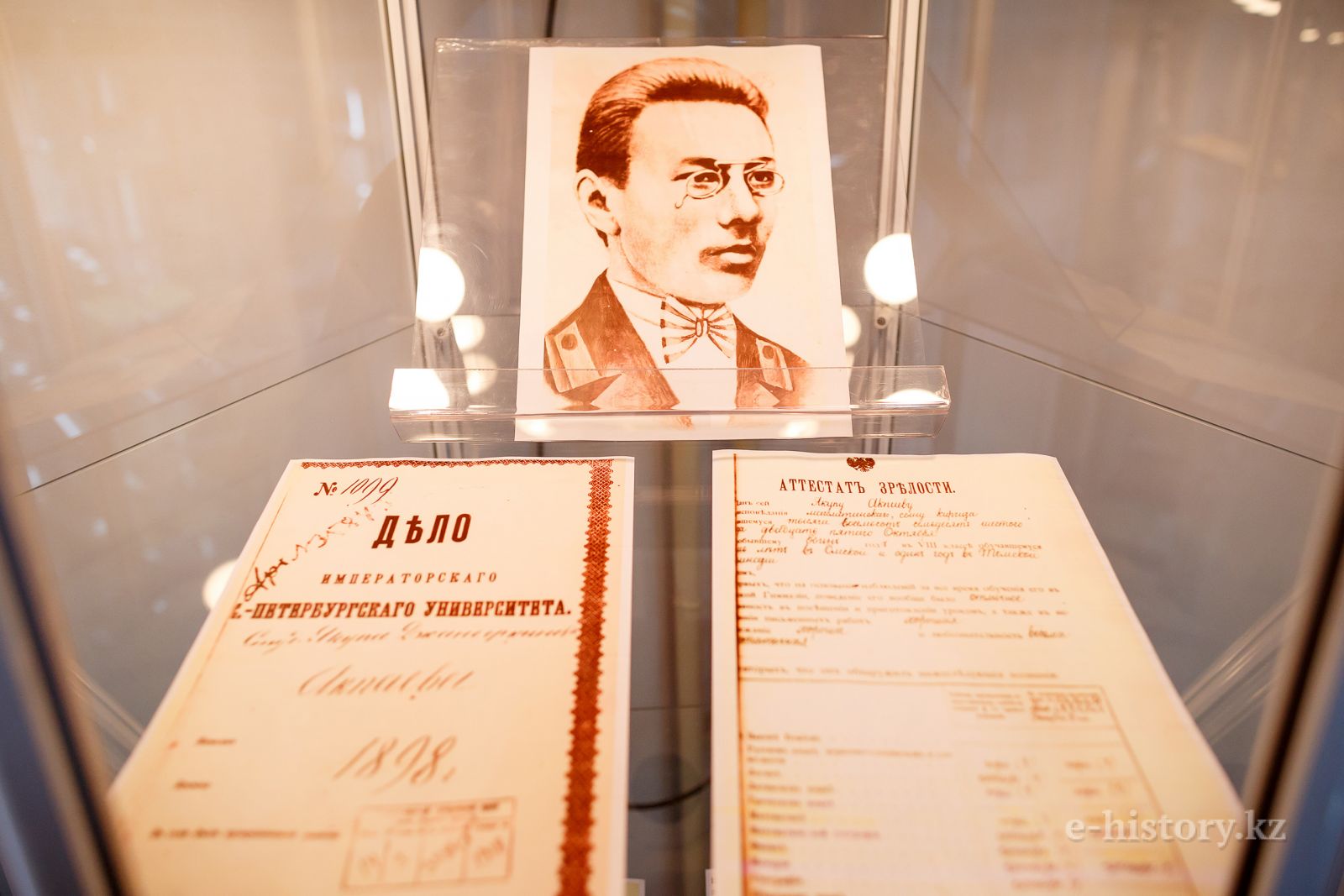 Participants of the conference presented documents that were found in foreign archives.

Director of the Institute of History and Ethnology named after Valikhanov, Doctor of historical sciences, Professor Kabuldinov Z.E. presented his report "The Alash intelligentsia - the spokesman of the interests of the Kazakh people at the beginning of the 20th century". Here are some of its theses:

- At the beginning of the XX century, the situation is radically changing, and religious figures are gradually replaced by the educated part of the Alash elite led by Alikhan Bukeikhanov. First of all, they raised religious issues - permission for hajj, free construction of mosques and madrasah, which the tsarist government limited in its time. Further, they advocated a greater number of mullahs in Kazakh regions, not limited to one person; the permission of the return of the Kazakh neophytes to the Islamic faith. 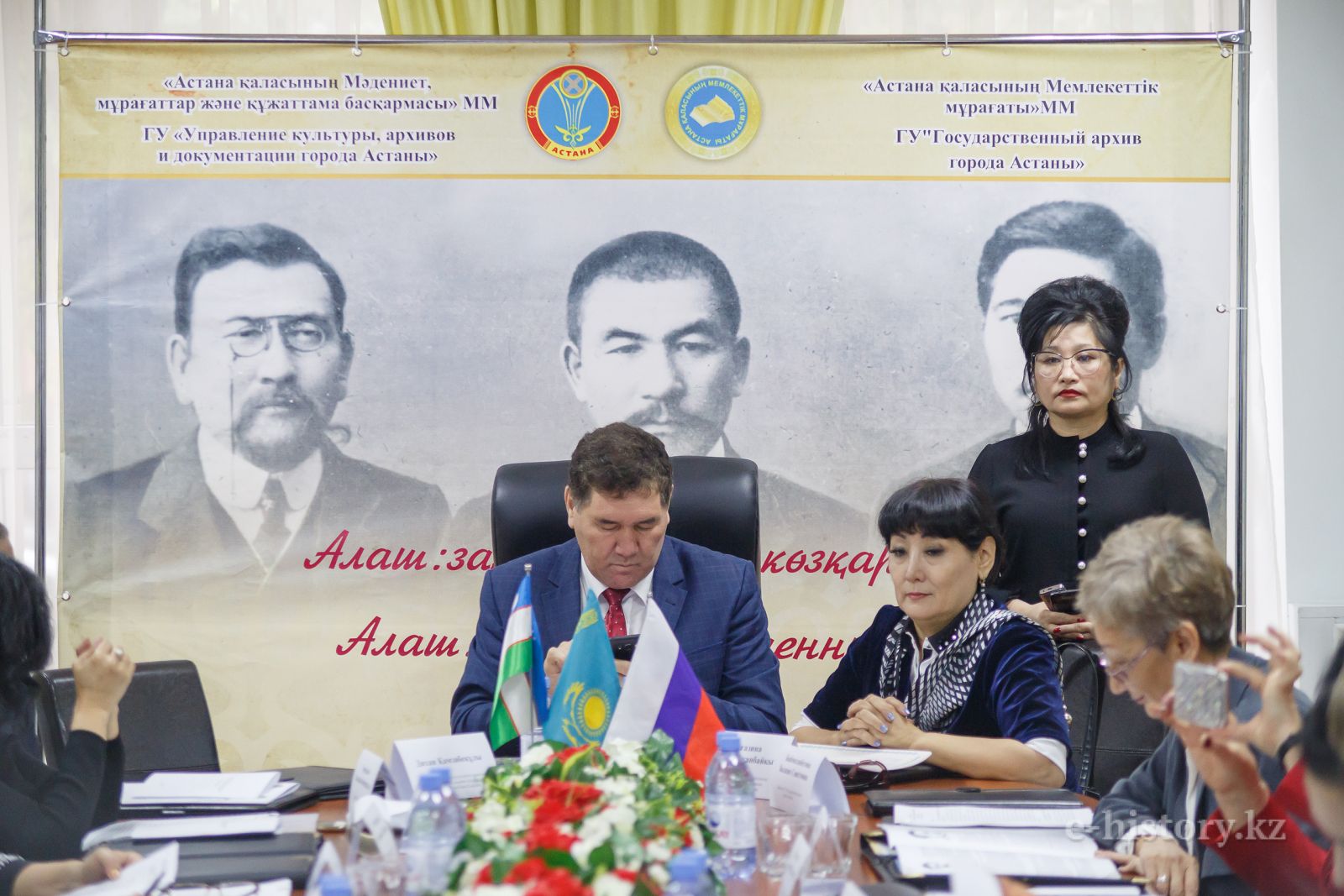 There was such a situation that the Russian Empire in 1881 created the "Kyrgyz mission", which began to intensively Christianize the Kazakhs, therefore, according to the census of the Russian Empire in 1897, there were 660 neophytes in the territory of our Republic at that time, that is, people who adopted Orthodoxy according to various reasons. Some of them wanted to return back to the bosom of Islam, but the tsarist government categorically forbade it. Therefore, the Alash intelligentsia demanded that they be allowed to return to the bosom of traditional Kazakh Islam. Moreover, the representatives of Alash were against visiting the Kazakh nomads by missionaries, with which the entire Kazakh steppe was flooded. They asked that the religious affairs should be submitted not to the Minister of Internal Affairs, but solely to the Civil Office, the Ministry of Justice, and obeyed, as before, the Orenburg Muftiyat. The Kazakh intelligentsia advocated the creation of funds for the education of children from low-income families in the educational institutions of the Russian Empire and beyond. Therefore, they demanded that in Kazakh schools, which were massively open at the beginning of the 20th century, they were allowed to teach Turkish, Persian and Arabic.

As for the land problem, the Alash elite raised issues of resettlement of Kazakhstanis from the European part of Russia. They wrote, for example, the Karkaralinsk petitions: "If you want to resettle, then resettle our coreligionists, from the Volga region - the Bashkirs and Tatars or the Muslim peoples of the North Caucasus" - if the state adhered to this policy. 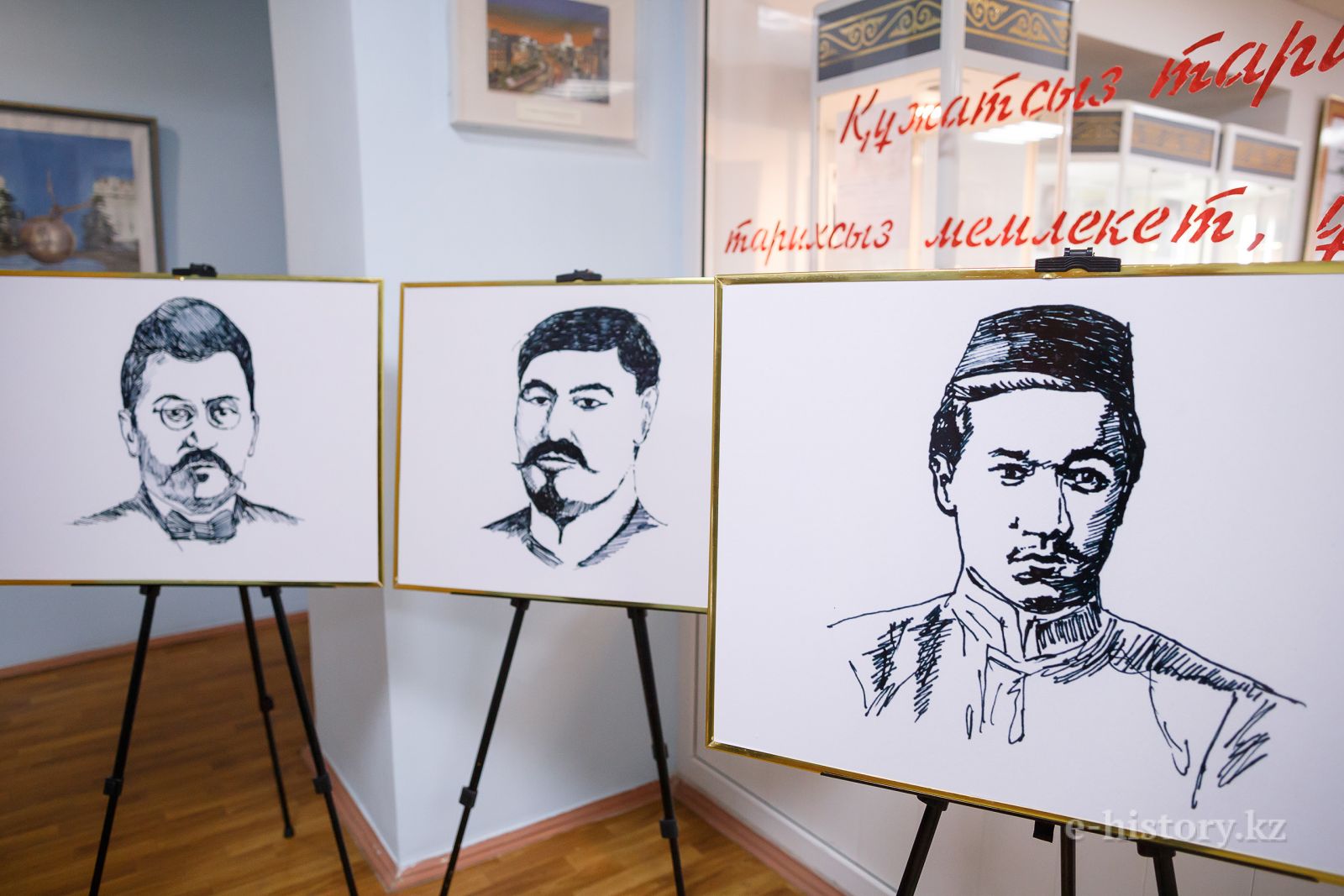 The problems of education and the Kazakh language were raised; in particular, the Alash intelligentsia demanded a categorical abolition of the teaching of the foundations of Orthodoxy in Kazakh-Russian schools. This practice was, and Alikhan Bukeikhanov, Akhmet Baitursynov, Myrzhakyp Dulatov demanded: "we do not need Kazakh children in primary school to teach the basics of Orthodoxy – it is not our faith, it is not the faith of our ancestors."

Moreover, the Kazakh intelligentsia advocated that in primary school, that is, the first three years of education, children necessarily received knowledge exclusively in their native language, without mixing other languages, including Russian. I think that it is necessary to admit that the state educators, the advanced Russian intelligentsia supported the Alash activists at the annual state congresses in Nizhny Novgorod, Moscow, and St. Petersburg, they wrote to Kazakh children, the children of non-Russian people - at the initial stage of schooling categorically forbid the study of foreign languages, and the Russian language, too. Therefore, the problems of the Alash elite are still relevant to this day. Apparently, to implement educational reform of Kazakhstan we need experience and traditions formed by Alikhan Bukeikhanov and others – do we need to take it into account? Is it not difficult for our children at the age of six to study three languages ​​at once? It is necessary that the children first work out a conceptual apparatus in their native language, and then, as they grow up, add second, third, and tenth languages. 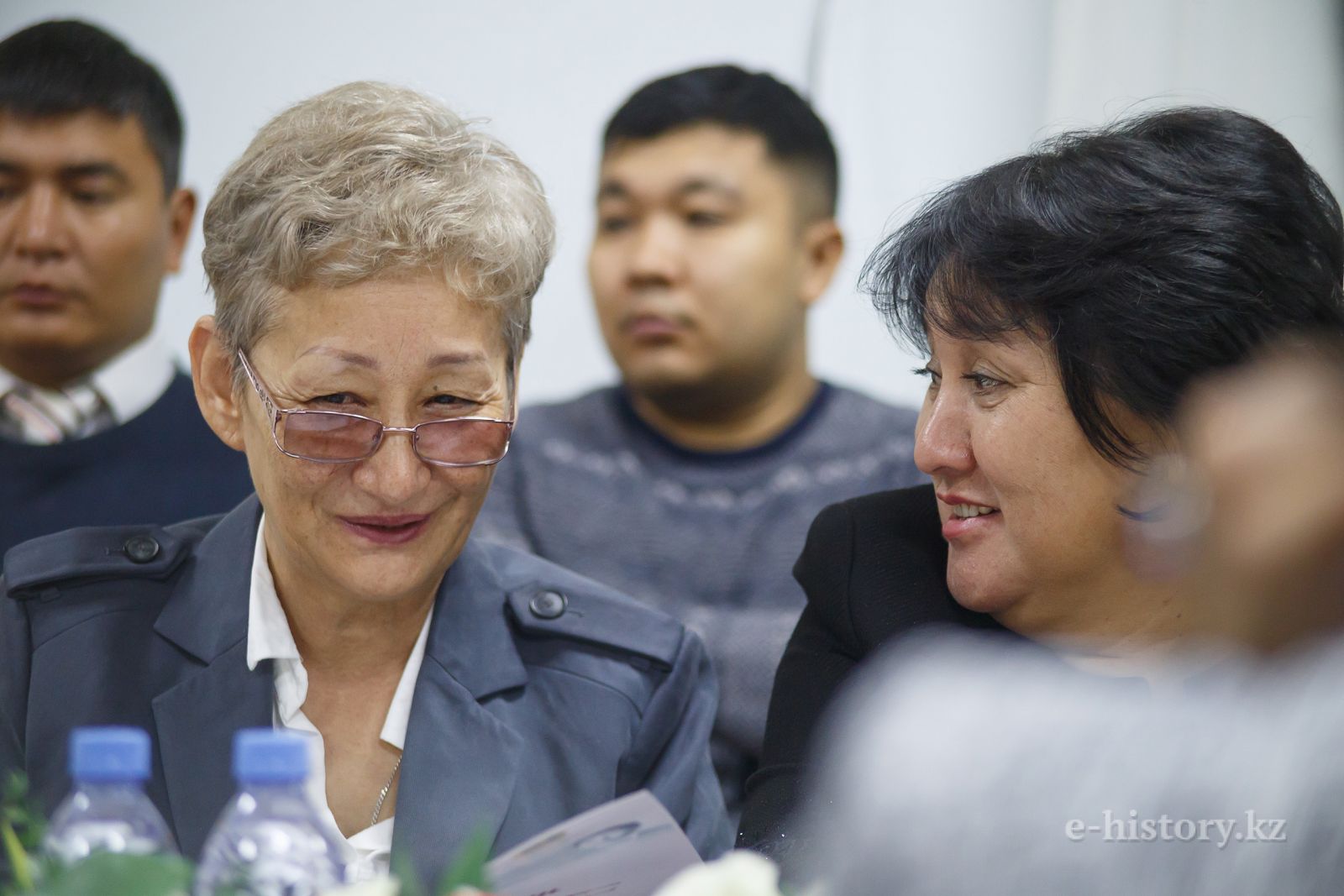 Alikhan Bukeikhanov wanted to devote his whole life to serving the Kazakh people. He said: "While I'm alive, I will serve the Kazakhs." Bukeikhanov was a Chingisid and felt guilty, because his ancestor Abulkhair Khan in 1731 swore an oath and persuaded the Kazakhs to take Russian citizenship.

During the conference, guests from other countries were given memorable gifts and commendations. After the conference the best speakers were awarded.

The National Archives of the Republic of Tatarstan, in the person of the Head of the Department of Archives Fayezova Guzel Nailevna, presented to the State Archives of Kazakhstan a record of aytys "Birzhan and Sarah", made in Arabic graphics, a magazine, and a diploma of Dzhussup Izbassarov, the graduate of the Kazan Veterinary Institute. 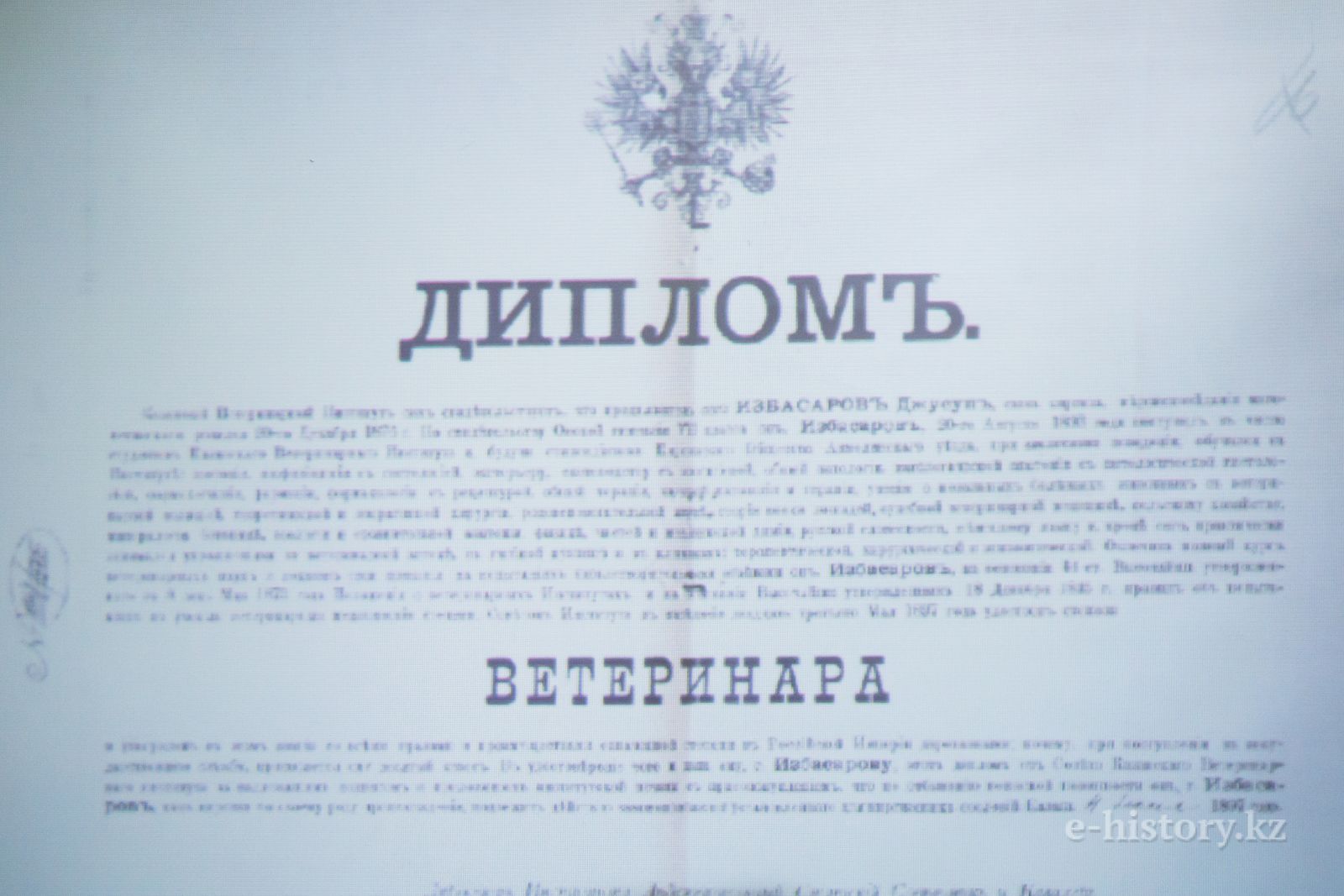