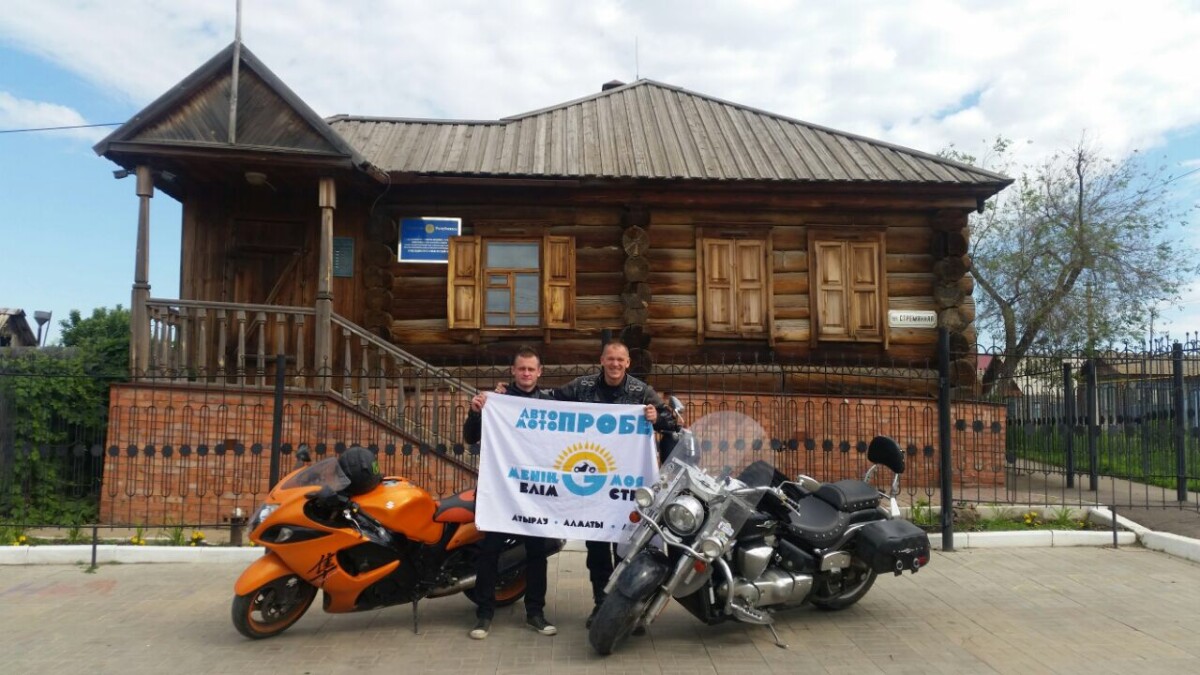 The participants of the motocross made a cultural break. They visited the famous house-museum of E. Pugachev and Khan’s Grove

Uralsk became the second city in which the expedition-motocross arrived, within the framework of the project "Menin Elim - My Country". The guests began their motocross through the streets of the regional center. Here they met with citizens and local journalists.

As part of the expedition, nine people, mostly members of the club "Wheel brothers", as well as those who joined, are amateur bikers from the western region of Kazakhstan.

According to the head of the motor club "Wheel brothers" Oleg Shmal, there are real professionals with whom you can safely go to the reconnaissance.

"While fulfilling the purpose of the expedition, communication is very expensive for us at a simple everyday level, and when we come to any local community we are greeted very warmly. It is surprising that absolutely different people show their keenest interest to us," O. Shmal shares. 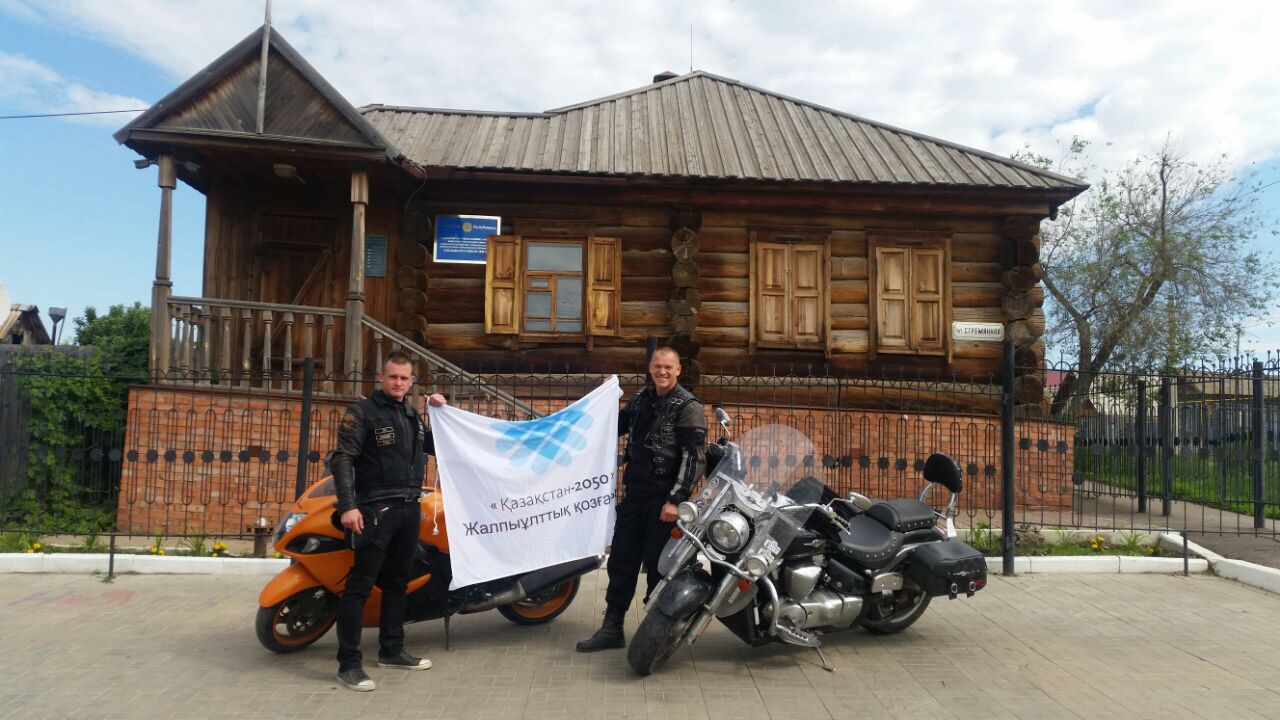 Also, in Uralsk, bikers visited the unique house-museum of E. Pugachev. It is a monument of history and wooden architecture of the XVII century; among the museums of the city it is very popular.

In the house since 1967 there was a library, and in 1991 it was transferred to the department of the regional museum of local history. In this museum are kept the original things of Cossack life and weapons, guns, banners, valuable royal gifts.

Then the participants of the motocross visited with pleasure the amazing corner of nature - the Khan’s grove, the ornament of the city of Uralsk, and the favorite place of rest for the townspeople.

As the guides told, the history of its creation goes back centuries and is connected with the name of Zhangir Khan. An enlightened, progressive ruler, he was so called among the people, because he did much for the culture and education of his subjects. 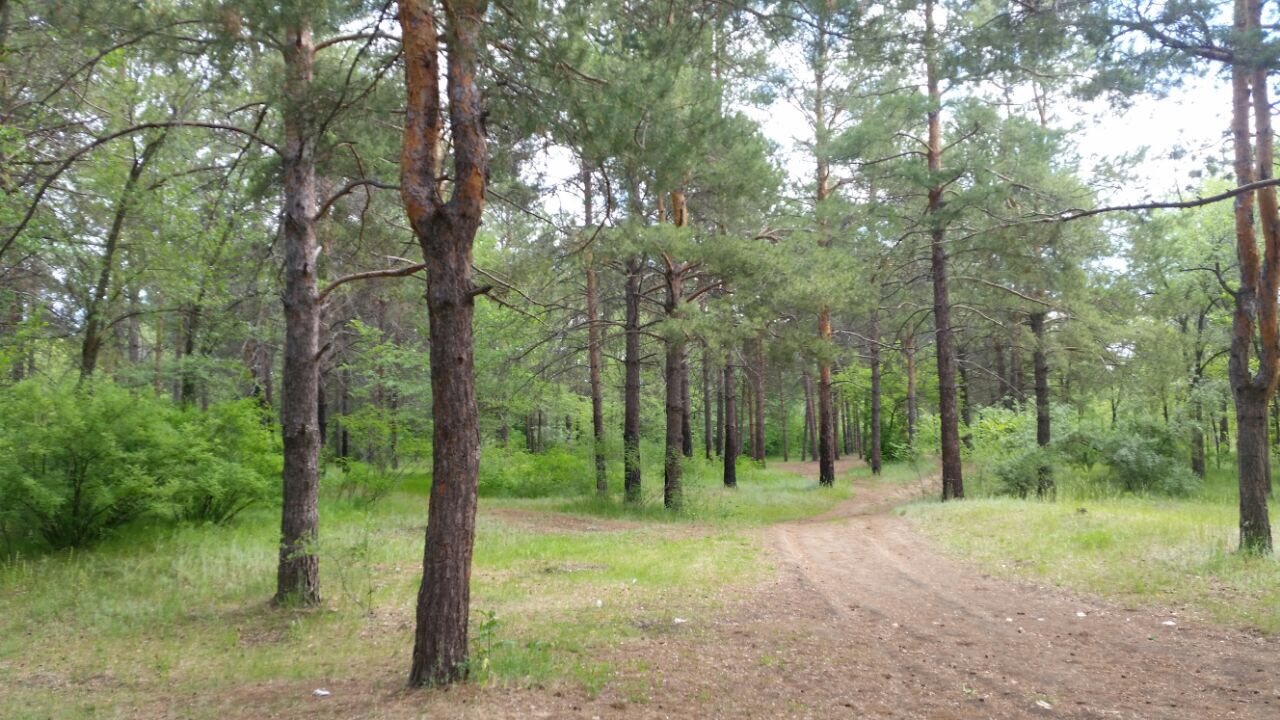 A century and a half ago, on his initiative, to protect from the coming sands, his own shady forest was planted around the khan's rate. In addition to planting the forest, the khan also prohibited grazing and cutting down perennial shrubs that strengthened the sands. Two special inspectors controlled the protection of the forest.

As you know, gang of E. Pugachev, and heir to the Russian throne, the prince Nikolai Alexandrovich strolled around the grove. Now it is under state protection of local significance, as a historical monument. 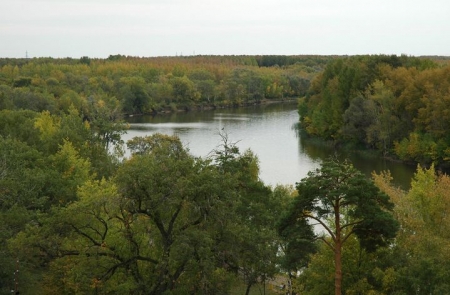 After the tour, the expedition members were impressed. According to them, they plunged into the past; everyone learned something new for themselves.

"Being in the middle of the Khan’s Grove, you imagine yourself somewhere in the mountains of the Caucasus. An unusual place, an amazing smell, I'll be happy to come back here," said Oleg Shmal.

We recall that, expedition-motocross in the cities of Kazakhstan, within the framework of the project "Menin Elim - My country", is organized on the initiative of the National Movement "Kazakhstan 2050". Information support is provided by the portal "NDH".

After Uralsk, the motocross visited Aktobe and now goes to the city of Kostanay.