"The Breath of China" 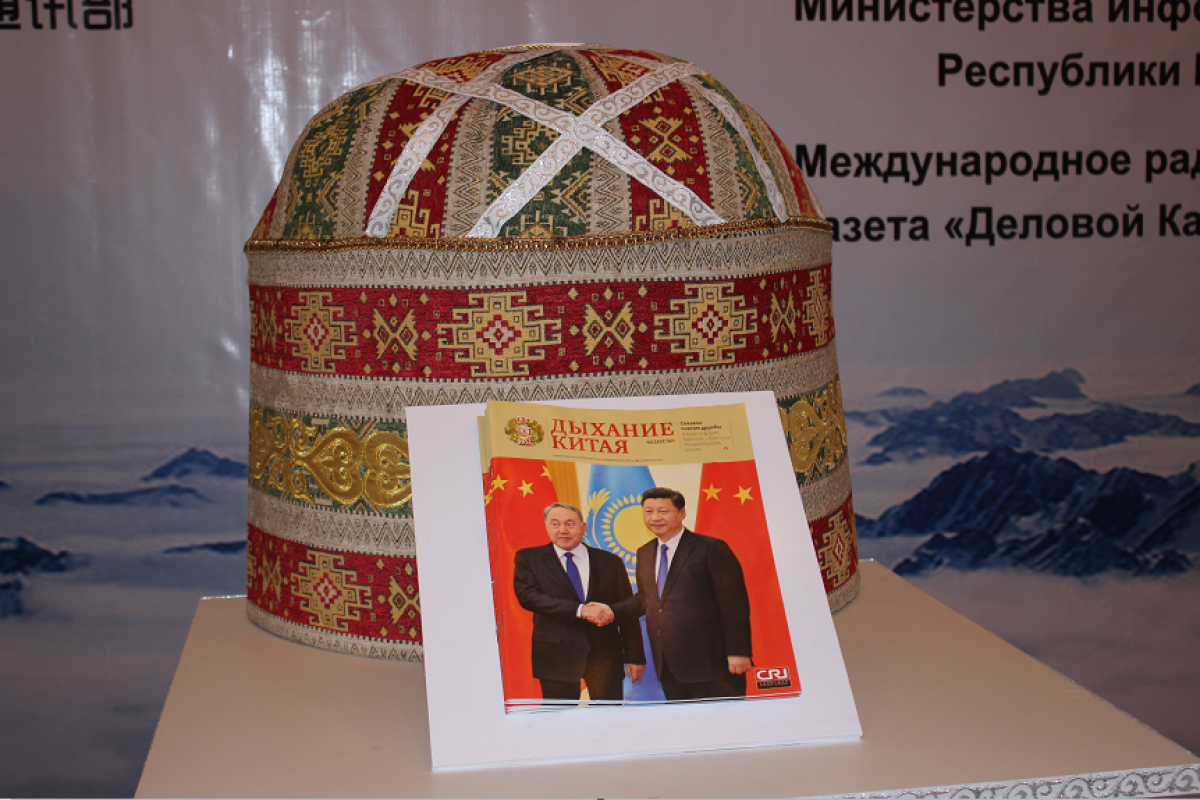 Kazakhstan is the first country along the economic belt of the Silk Road. Kazakhstan is China's strategic partner in implementing the "One Belt, One Way" development initiative. The growing mutual understanding between the peoples of the two countries creates a powerful foundation for further strengthening and expanding the established relations in different planes. For example, the issue of the special magazine "The Breath of China - Kazakhstan" is an excellent example of innovative media cooperation, a bridge that involves the rapprochement of our countries.

The presentation was held with the participation of the deputy head of the propaganda department of the CPC Central Committee, To Zheng, the public figure Olzhas Suleimenov, the director of the republican state institution "Kogamdyk kelisim" Alexander Tarakov, the chairman of the information committee of the Ministry of Information and Communications of the Republic of Kazakhstan Nurgul Mauberliyeva. 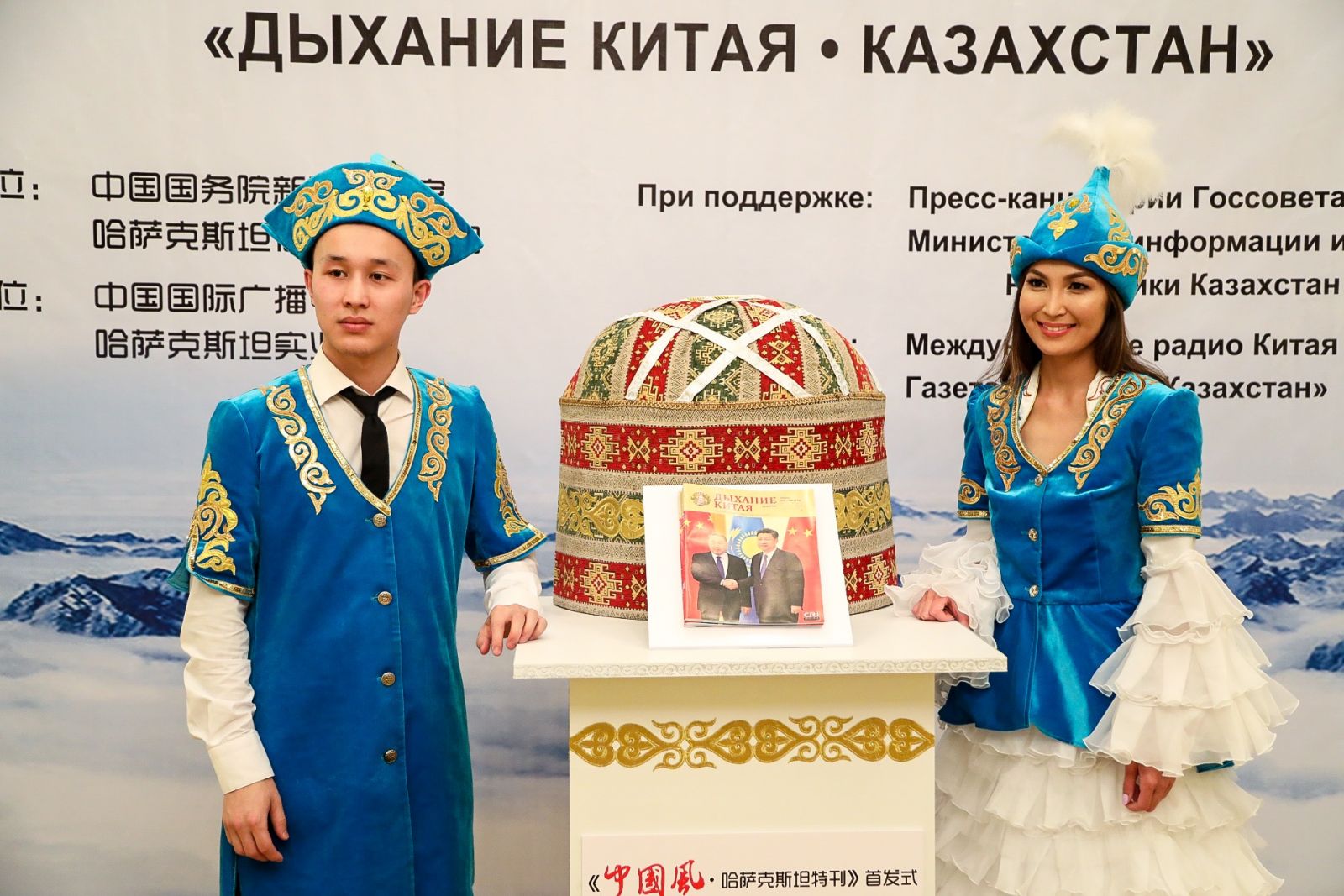 It should be noted that the special issue included interviews of the Chairman of the Senate of the Parliament of the Republic of Kazakhstan Kassym-Zhomart Tokayev and the popular Kazakhstan artist Dimash Kudaibergenov.

Chairman of the Senate of the Parliament of Kazakhstan Kassym-Zhomart Tokayev sent a congratulatory letter on this event.

"The joint project "The Breath of China - Kazakhstan" is a unique platform for analyzing and demonstrating the past, present and future of the Kazakh-Chinese relations," Bibigul Zheksenbay read out the welcome words.

As noted in the greeting, "the edition published today should become a source of reliable information and qualitative analytics on all relevant aspects of our interaction."

"It is gratifying that the magazine has highlighted the SCO's activities, the implementation of transcontinental transport and infrastructure projects, and the deepening of ties in the humanitarian sphere. I am confident that the book that was published will make a serious contribution to the strengthening of mutual understanding and cooperation between our countries. I wish all the participants of the project, its authors further creative successes," is said in the greeting of Kassym-Zhomart Tokayev. 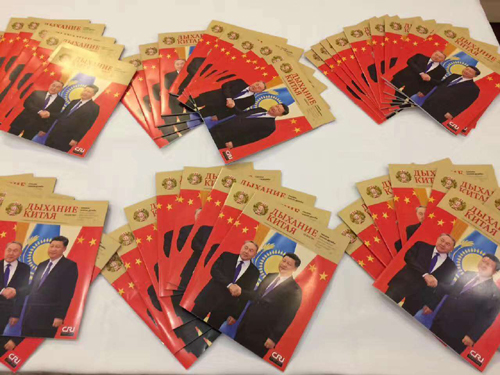 The special edition was prepared thanks to the joint efforts of the employees of the International Radio of China, the newspaper “Delovoy Kazakhstan” and “Russian Gazeta”. The keynote of the special issue is the 25th anniversary of diplomatic relations between China and Kazakhstan, a retrospective, achievements and a look into the future.

Speaking at the presentation of the publication, Deputy Director of the International Radio of China Hu Bansheng stressed that the presentation of the special issue "The Breath of China - Kazakhstan" is taking place against the backdrop of the 25th anniversary of the establishment of diplomatic relations, on the eve of the meeting of the Council of Heads of States of the SCO and the opening of Expo 2017 in Astana, which is very symbolic. In recent years, as the "One Belt - One Way" initiative and its interface with the new economic policy of the national development of Kazakhstan "Nurly Zhol" (The Light Road) have been growing, the needs of the peoples of both countries for expanding mutual communication and deepening mutual understanding are growing, which makes new demands in the work of the media. To meet the new realities of the development of China-Kazakhstan relations and the aspirations of the audience of the two countries, China's International Radio has prepared a special issue of the magazine "The Breath of China" in a timely manner. 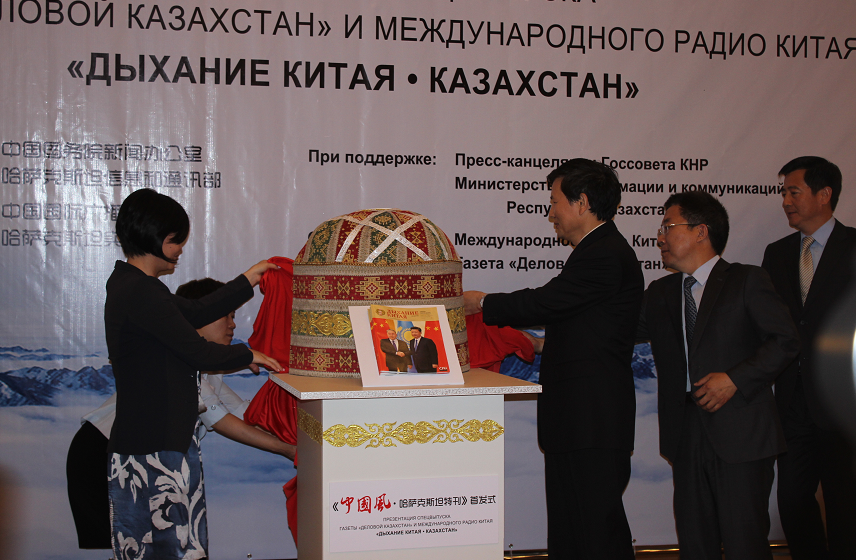 Hu Bansheng noted that China's International Radio intends to use its resources to fully cover the various events within the framework of EXPO-2017 in Astana, in particular, in the National Pavilion of China.

"We want to give the whole world the opportunity to feel not only the "Breath of China", but also the "Breath of Kazakhstan," Hu Bansheng said. In addition, the IRC will make efforts to implement joint projects within the "Year of Tourism of Kazakhstan in China" and the interface of the "One Belt - One Way" initiative with the Kazakhstan program "Nurly Zhol".

"We are striving for continuous expansion and deepening of cooperation with Kazakhstani media," Hu Bansheng stressed. According to him, the IRC will make a new contribution to the sphere of deepening mutual understanding and mutual trust between the peoples of the two countries, as well as to strengthening the social base of the China-Kazakhstan strategic partnership. 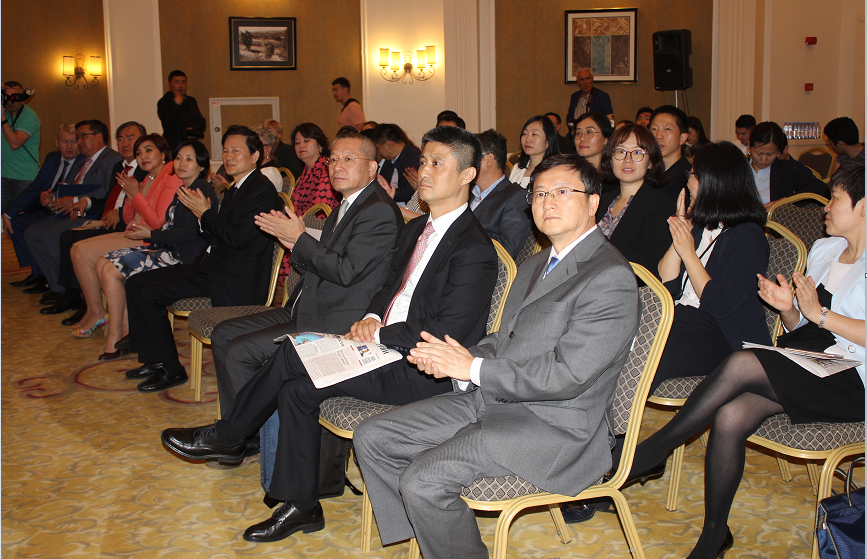 Serik Korzhumbayev, the editor-in-chief of the newspaper “Delovoy Kazakhstan”, stressed that the special issue is dedicated to the upcoming visit of Chinese President Xi Jinping to Kazakhstan and the implementation of bilateral cooperation projects. The publication promotes the strengthening of friendship between Kazakhstan, China and other SCO member states, as well as mutual understanding between peoples. In his opinion, the release of the special issue is the result of a long-term fruitful cooperation between the newspaper “Delovoy Kazakhstan” and the IRC, demonstrating the successful implementation of a new model of interaction between the media structures of the two countries. According to Serik Korzhumbaev, the magazine was released in a month. 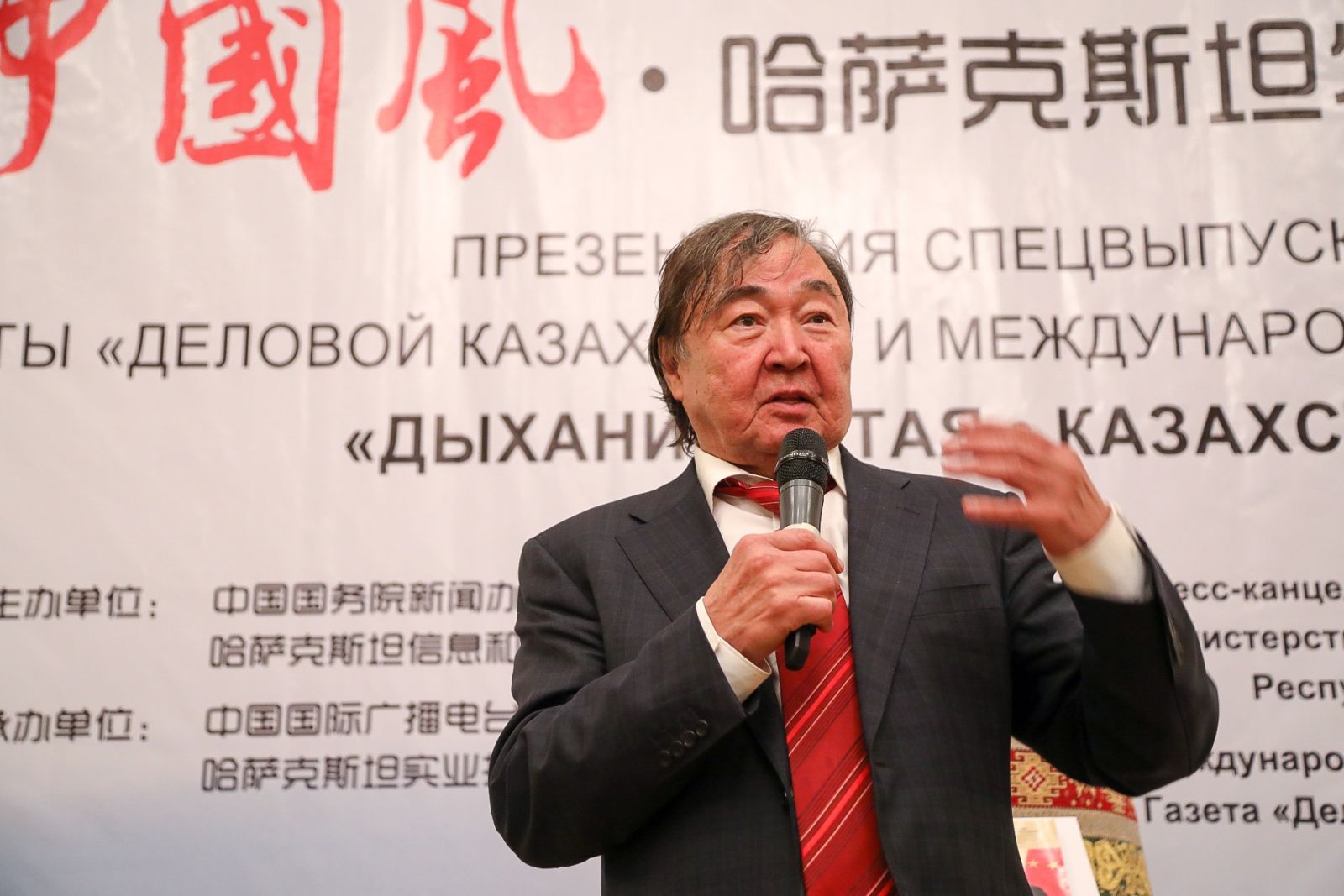 Olzhas Suleimenov, in his welcoming speech, noted the importance of strengthening the China-Kazakhstan strategic partnership of our countries and gave his parting word to the new project.

We recall that the Russian-language magazine "The Breath of China", which is published every two months, is published since 2004. This is the only periodical printed edition of the PRC, jointly prepared by the IRC and the official printed organ of the Government of the Russian Federation “Russian Gazeta”. Today the magazine is published in Moscow, St. Petersburg, and Yekaterinburg and in three other Russian cities. The annual circulation of the magazine in Russia is 360 thousand. At present, the magazine "The Breath of China" was first made available to the readership of Central Asia. The editorial board plans to expand geography to other Russian-speaking countries of the “One-Belt-One-Way” initiative, as well as increase of influence in these countries.