DAY OF THE REPUBLIC OF AZERBAIJAN WAS CELEBRATED IN ASTANA 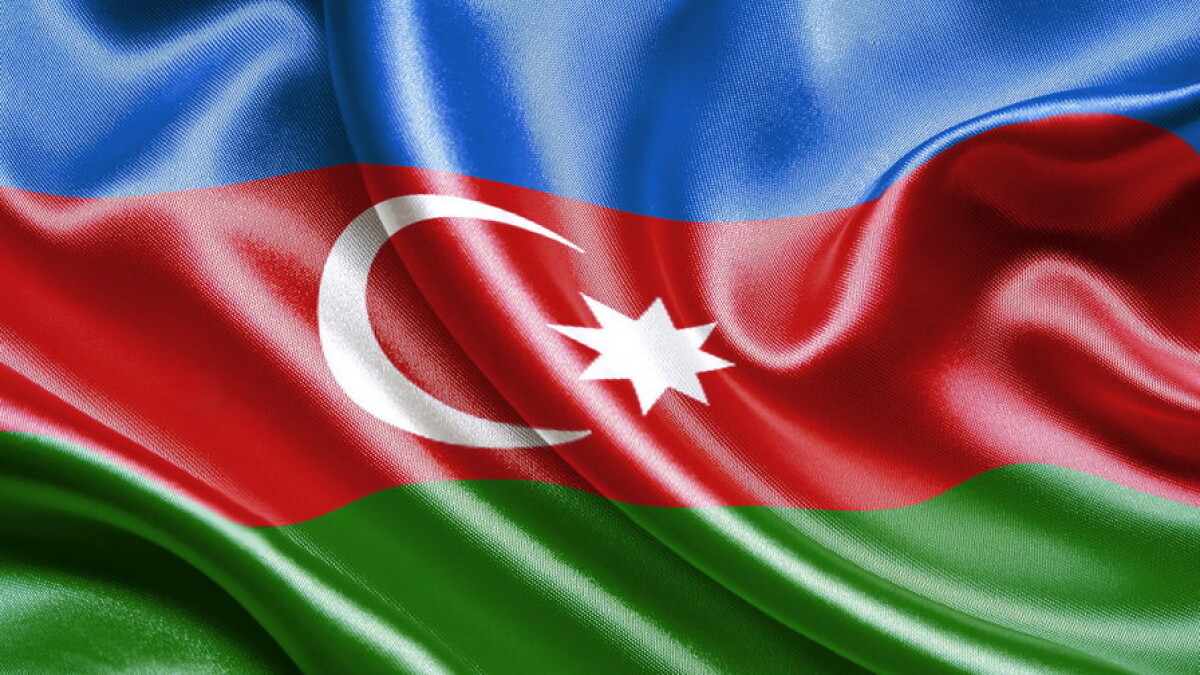 The Azerbaijani Embassy in Kazakhstan held a solemn evening dedicated to the national holiday - Republic Day.

May 28, 1918, in Tiflis, a temporary National Council of plenipotentiary representatives of the Azerbaijani people was formed - the true elite of the nation. It was this council headed by Memmed Emin Resulzade who proclaimed the independence of the Azerbaijan Democratic Republic (ADR). It became the first democratic republic in the Muslim East, where women received the right to vote. 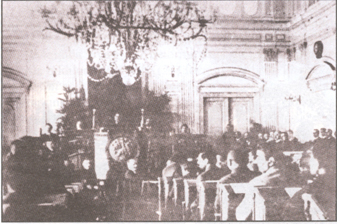 Announcement of the Declaration of Independence. Tiflis 1918, May 28

On the same day, the Declaration of Independence was signed in the hall of the palace of the former governor of the Russian emperor in the Caucasus in Tiflis.

The document signed on that day said: "From now on, the Azerbaijani people are the bearer of sovereign rights, and Azerbaijan, embracing the Eastern and Southern Caucasus, is a full-fledged independent state. The Democratic Republic is established as the political organization of independent Azerbaijan. ADR seeks to establish good-neighborly relations with all members of international communication, and in particular with neighboring peoples and states. ADR guarantees within its limits civil and political rights to all citizens without distinction of nationality, religion, social status and gender. ADR to all nationalities inhabiting its territory, will provide wide scope for free development.

Prior to the convocation of the Constituent Assembly, the National Council, elected by popular vote, and the Provisional Government responsible to the National Assembly are at the head of the administration of all Azerbaijan."

This declaration was signed by the National Council of Azerbaijan in Azerbaijani and French. For the first time the anniversary of the proclamation of Azerbaijan's independence was celebrated on May 28, 1919. 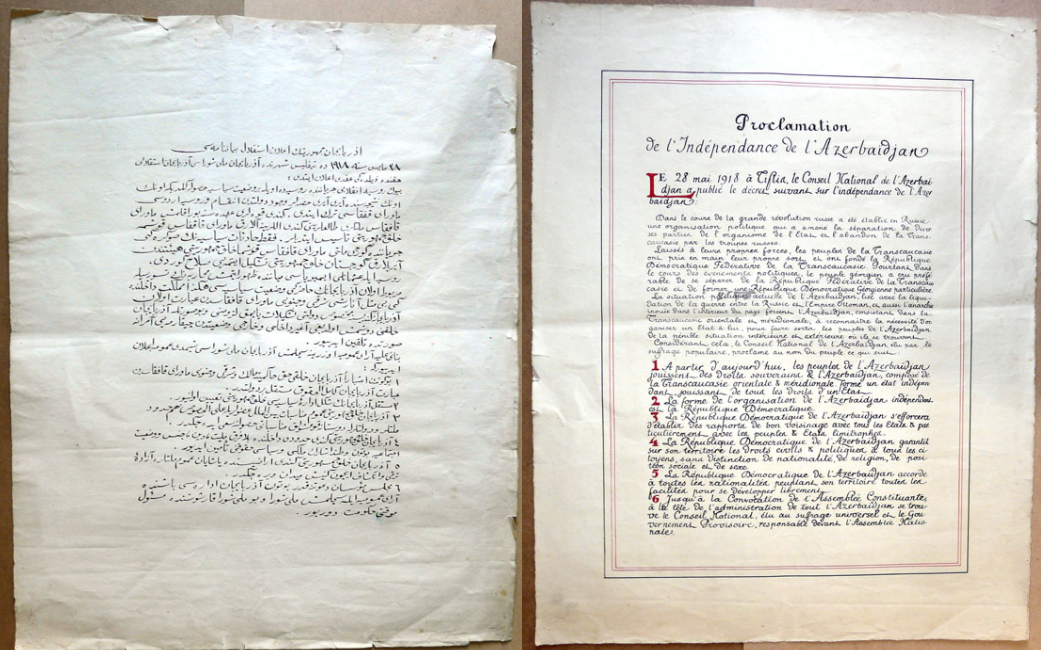 Original copies of the declaration in Azerbaijani (left) and French (right)

The state lasted only two years. Formed in its place, the Azerbaijan SSR soon became part of the Soviet Union. It was only in 1991 that it was possible to restore its independence.

As part of the reception, an exhibition of Azerbaijani carpets was held, along with tasting of Azerbaijani wines and national dishes was conducted. The culmination of the event was the performance of musicians who came from Azerbaijan who performed Azerbaijani ethnic music in an exclusive author's improvisation. 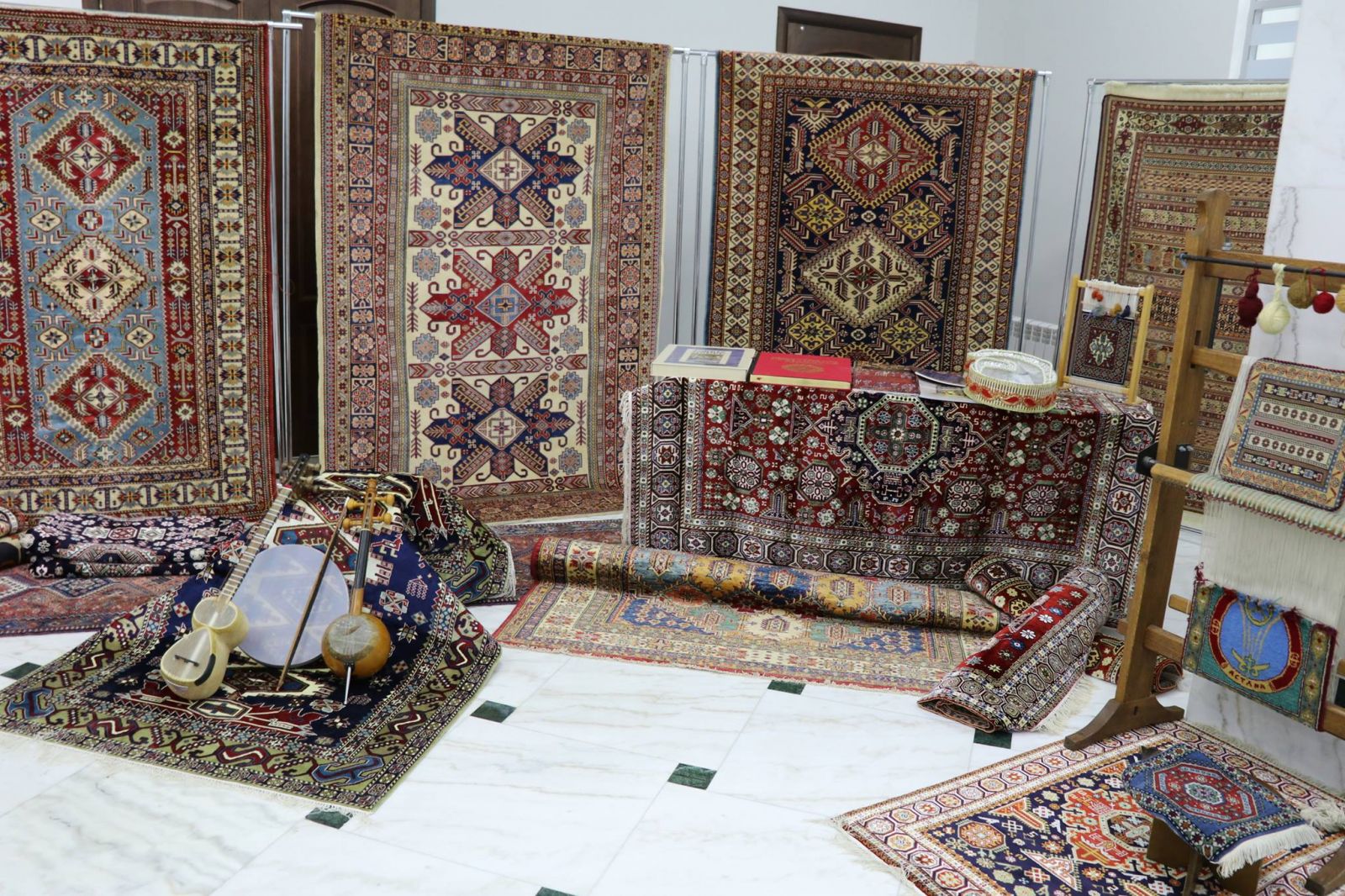 Azerbaijan and Kazakhstan are fraternal countries and strategic partners. Baku and Astana always support each other at international venues. This was stated by the extraordinary and plenipotentiary ambassador of Azerbaijan in Kazakhstan Rashad Mammadov at the official reception.

The event with the participation of public figures, representatives of local intellectuals, national diasporas and mass media was held in Astana in a new building of the Azerbaijani embassy.

While many countries at the end of the last century failed to secure their state independence, Azerbaijan under the leadership of the national leader Heydar Aliyev managed to realize his ideas and strategy. 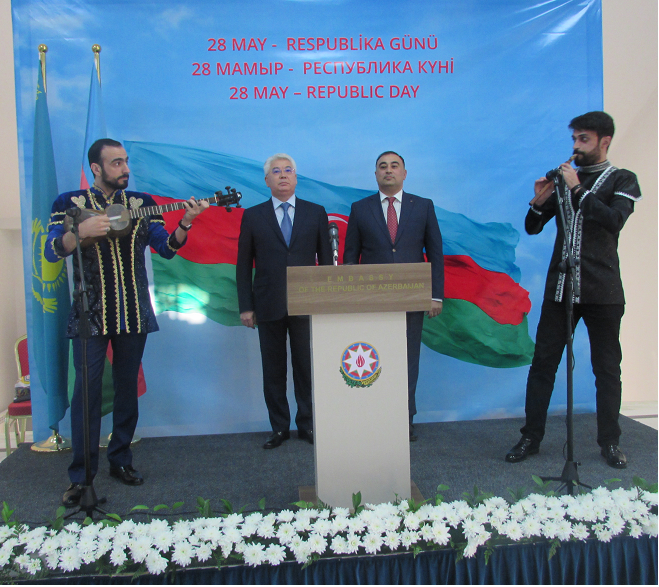 "The peoples of Azerbaijan and Kazakhstan have deep historical roots that go back centuries. In the period of independence, political and economic relations between the two countries have continued to develop successfully. Today our relations are of a strategic nature. We are particularly pleased to note that at present a large Azerbaijani diaspora resides in Kazakhstan, which are citizens of Kazakhstan and integrated into Kazakhstan society. It is gratifying that recently one of the leaders of the diaspora Abulfaz Hamedov was elected deputy chairman of the Assembly of People of Kazakhstan, which is a sign of great confidence in the Azerbaijani community," the ambassador said. 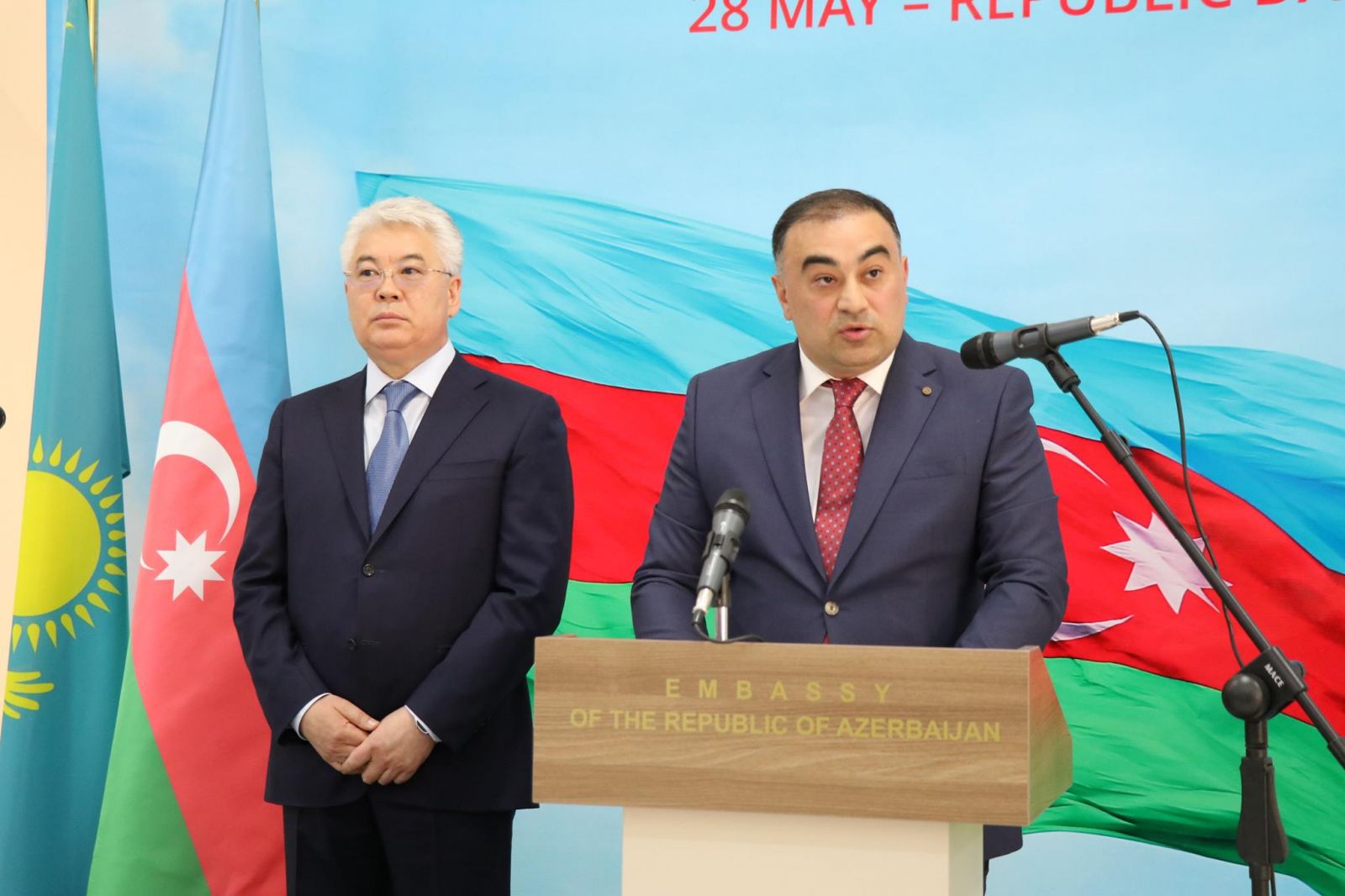 "You know, R. Mammadov continued, that in early April of this year, the president of our fraternal state Kazakhstan, Nursultan Nazarbayev, the aksakal of the entire Turkic world had a two-day official visit in Azerbaijan. And the results - here they are - the result of the agreements that were signed, in Azerbaijan are a clear indicator of the level of relations between our states."

To congratulate the fraternal people on behalf of the Government of Kazakhstan, a solemn dinner was attended by the Minister of Defense and Aerospace Industry of Kazakhstan, Beibut Atamkulov.

He noted that over the years of diplomatic relations the countries have established a fruitful, constructive political dialogue, a solid contractual and legal framework has been created.

"Today Kazakh-Azerbaijani relations continue to demonstrate a high level and dynamics of development in all areas of cooperation. We are reliable political partners. (...) It is important to note that there are no political or other disagreements between our republics," the minister said. 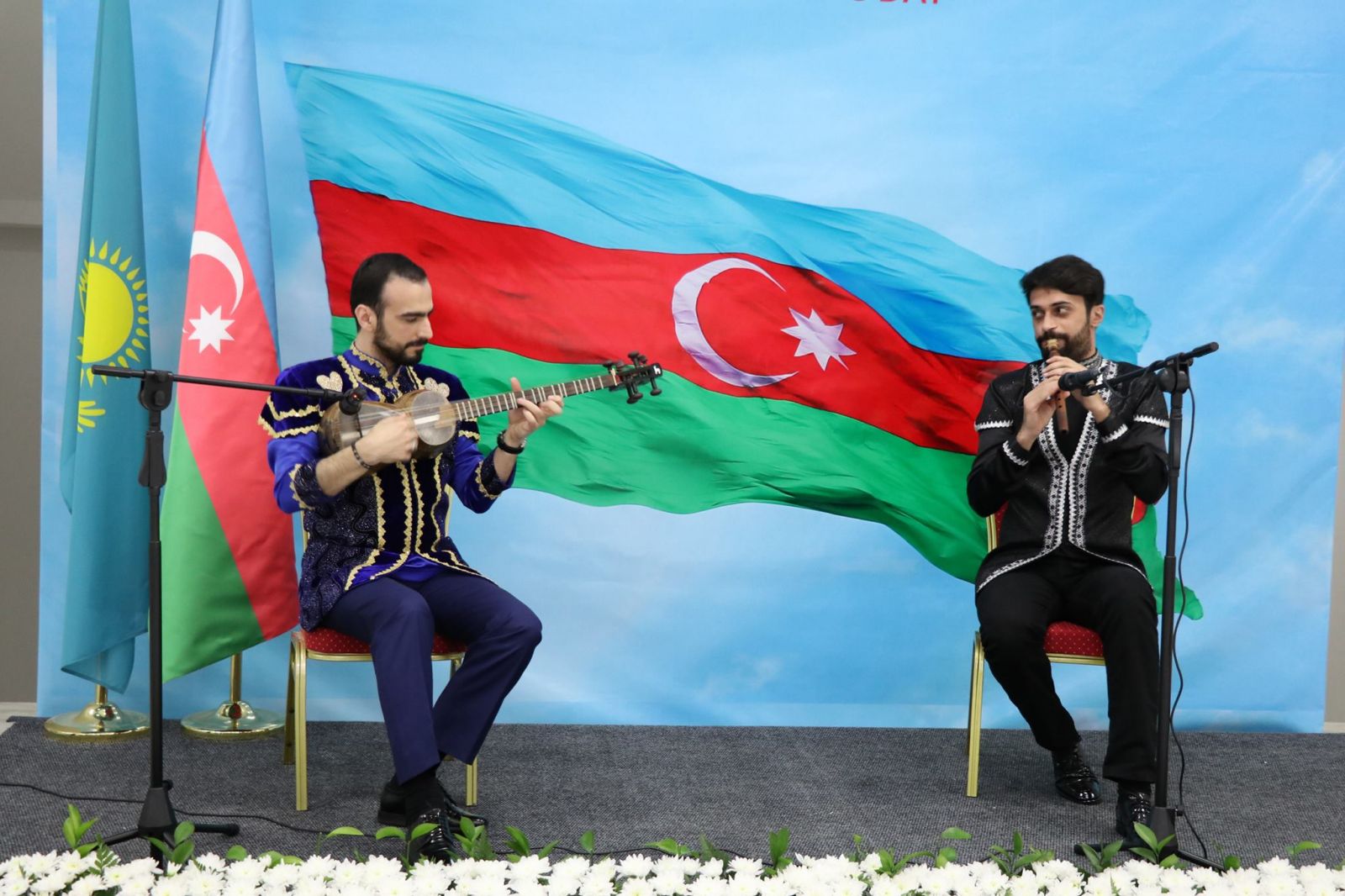 Both Azerbaijan and Kazakhstan are now self-sufficient and full-fledged members of the international society. And at a time when there is a lack of tolerance and multiculturalism in the world, the two republics are vivid examples of how representatives of different peoples, nationalities, religions and faiths live in peace and harmony.

Both states became platforms for holding political forums, sports competitions, high-level events. Today in Baku, the IV Games of Islamic solidarity are over, and next month the Azerbaijani capital will host the Formula-1 Grand Prix. In Astana, this summer, the international specialized exhibition EXPO-2017 will start and on July 9 within the framework of the exhibition the national day of Azerbaijan will be held.