Historians in the forefront 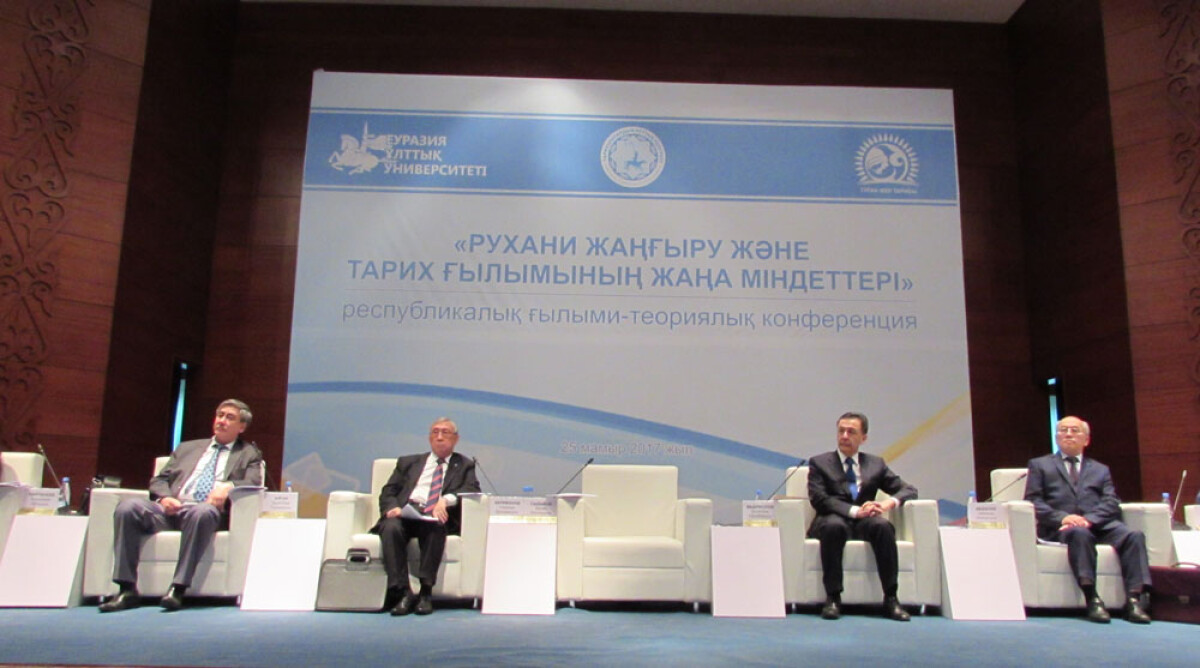 May 25, 2017 in the ENU named after L.N. Gumilyov, National Congress of Historians held the IV Congress "Modernization of Public Consciousness and New Tasks of Historical Science"

Representatives of the history and humanitarian science and education of the republic from all regions of Kazakhstan, deputies of the Parliament of the Republic of Kazakhstan, as well as foreign guests took part in the Congress. Delegations of museums, archives, general schools, military, veteran organizations were also represented.

Rector of the ENU named after L.N. Gumilyov E.B. Sydykov opened the event with a welcome letter from the head of the administration of the President of the Republic of Kazakhstan, the chairman of the National Commission for the implementation of the program for modernization of public consciousness under the President of the Republic of Kazakhstan, A.R. Dzhaksybekov participants of the IV Congress of Historians of Kazakhstan, which noted that the new modernization should not as before arrogantly look at the historical experience and progress, but on the contrary, it should make the best traditions a prerequisite for the success of modernization. Scientists-historians should be at the forefront of research and educational work to preserve and develop the national code that connects the spiritual foundations of the people, its past, present and future. 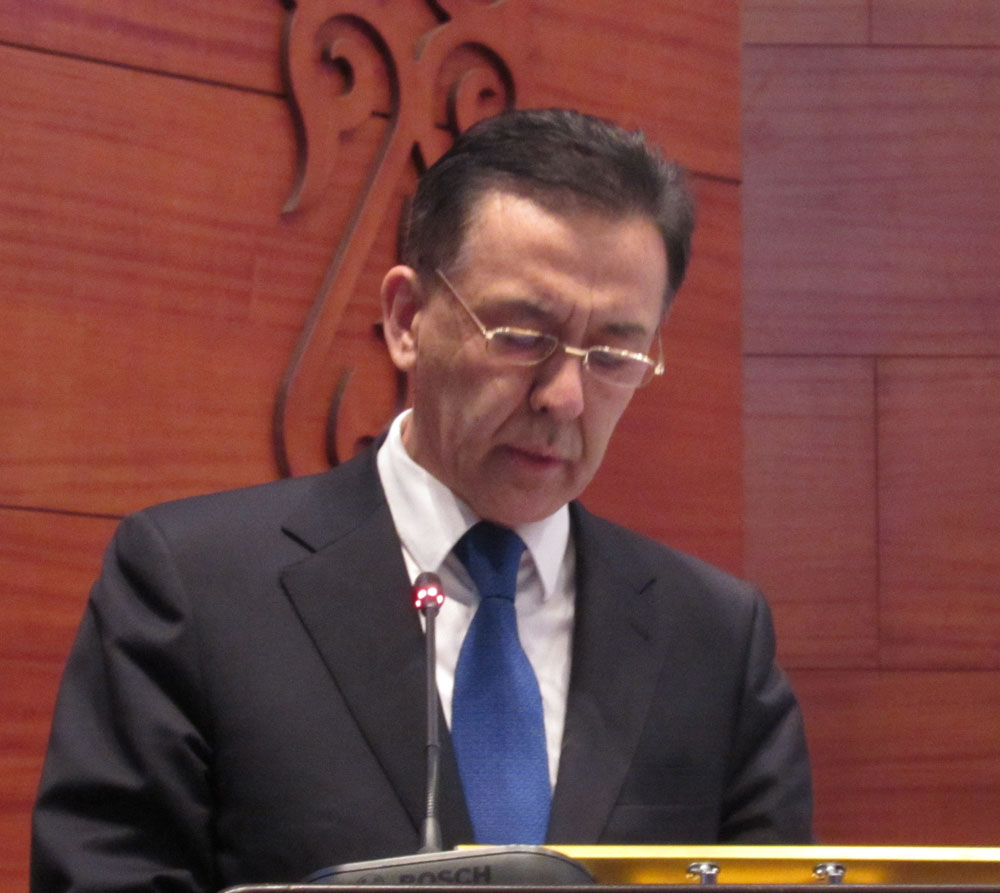 Chairman of the Science Committee of the Ministry of Education and Science of the Republic of Kazakhstan B.S. Abdrasilov noted positive trends in the development of Kazakhstan's historical science.

First, there has been a marked increase in the involvement of scientists in studies funded from the state budget. There are 1551 projects on grant financing and 56 on a program-based basis. More than 20,000 scientists are involved in these studies. About 46 grant projects are implemented by our scientists in the field of history.

Secondly, over 25 years of Kazakhstan's independence, the network of scientific organizations in the country has expanded almost 2-fold. Today there are more than three hundred scientific institutions, research institutes.

Thirdly, the system of higher and postgraduate education is being reformed in accordance with the standards of the Bologna Process. The result of this was the transition of Kazakhstan to a three-tiered system of training scientific personnel. The training of historians is conducted in 42 universities of the country. In recent years, considerable efforts have been made to restore the lost potential. If last year the state order for the preparation of masters was 7000 people, in doctoral studies 485, this year the number of places in the magistracy is increased to 9,500 places and to the doctoral studies - 1,250 people. 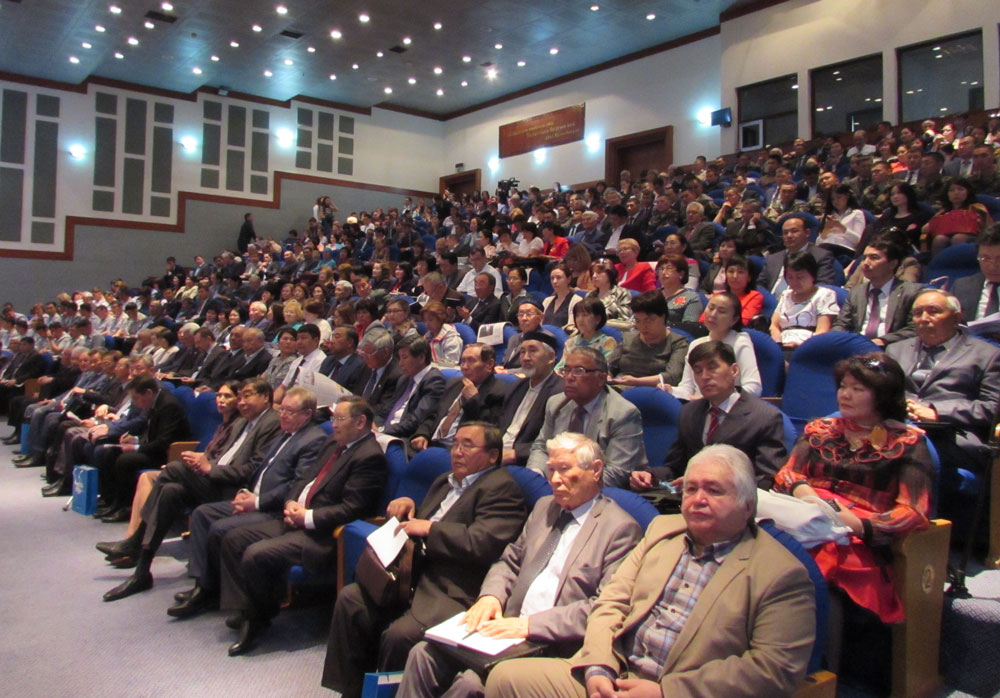 Our historical science will receive a good recharge, both in the face of undergraduates, and in the person of doctoral students. Bolatbek Abdrasilov shared with the participants of the Congress good news. The training of scientific personnel on the basis of scientific institutions has been resumed. This allowed to qualitatively improve the training of future scientists. Moreover, a bill was submitted to the Parliament on introducing amendments and additions to the law "On Education", where one of the innovations is the transition to the training of researchers in magistracy and doctoral studies on the basis of research institutes. If the amendments are adopted, Kazakhstani scientific research institutes will also train scientists.

Fourth, the integration of historical science into the international scientific space continues. The dynamics of publications has a positive trend. The number of publications in the world's rating journals in 2016 is more than three times higher than in 2011. 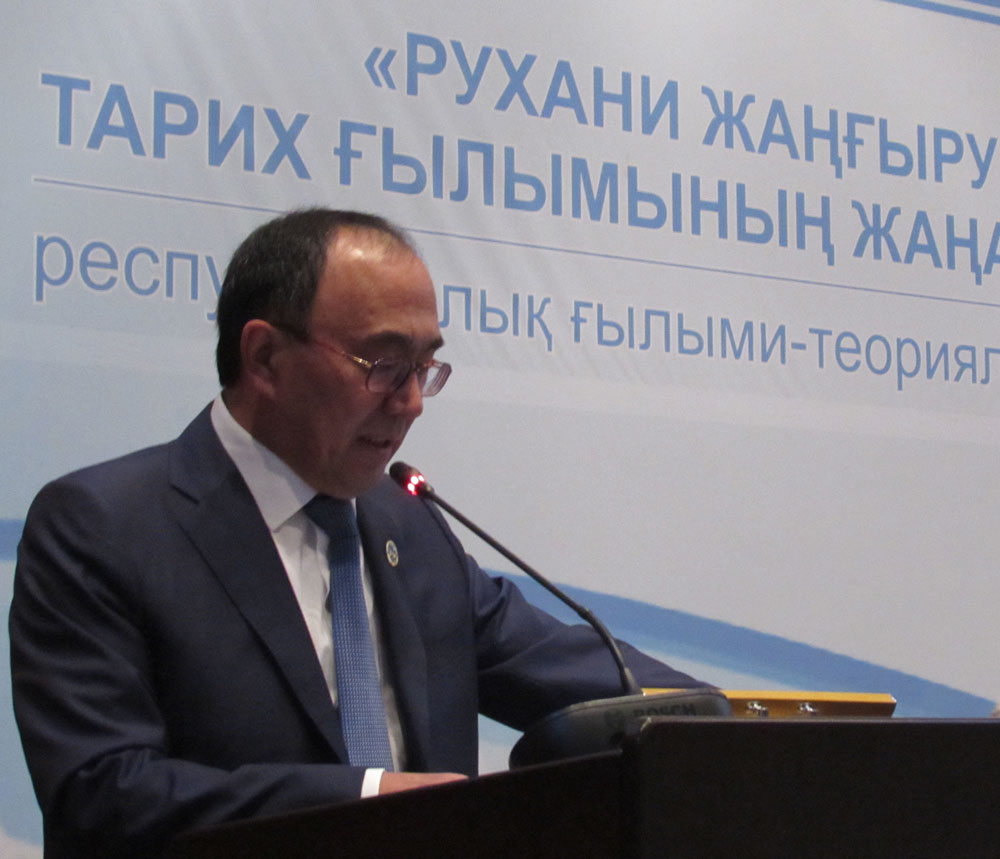 Rector of the ENU named after L.N. Gumilyov Professor E.B. Sydykov noted that on April 12, 2017, the President came out with a historically and strategically significant program article "Looking into the Future: Modernization of Public Consciousness." Modernization of public consciousness as the basis of spiritual revival is offered through comprehension of positive historical experience, customs and traditions of the people, preservation of the national code. In this regard, specific cases and projects await us.

Work in this direction has already begun. In the regions and a number of ministries special commissions have been set up, and expert councils operate. On the basis of the ENU, a meeting of the central expert council was held headed by the rector of the Eurasian University. E.B. Sydykov made a number of proposals concerning the program article of the Head of State.

On the project of gradual transition of the Kazakh language into Latin script. On behalf of the Congress, the rector supported this proposal of Nursultan Nazarbayev. This is one of the most integrative ideas of the President of the country. Historians at this stage need to develop a list of world literature needed for translation into Latin. This list can consist of 80 thousand books.

Implementation of courses and programs in local studies on the project "Tugan Zher". It is necessary to develop a program and publish textbooks for schools and colleges in local history. We offer regional universities and colleges to send students in the summer period to folklore, historical and archaeological expeditions. ENU will release a series of books "Tugan Zher Tarikhy".

There is a need to create specialized thematic museums. For example, the museum "Gold of the Great Steppe", or "Nomadic civilization", even the theme of a separate museum "Kazakh yurt". Such museums accumulate the spiritual beginning of museum expositions. 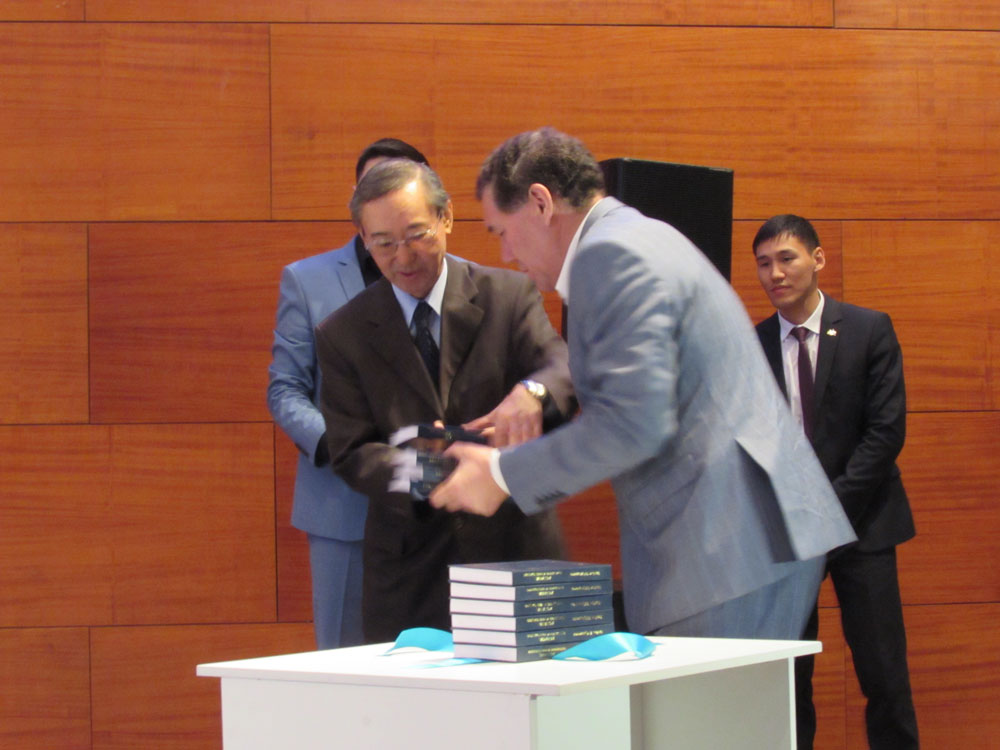 Within the framework of the project "Spiritual shrines of Kazakhstan" I propose to form a plan for providing these objects with the necessary printed, methodical, media literature under the single name "Sacred Geography of Kazakhstan". In this work, the participation of scientists from regional universities should be a priority.

Under the project of 100 new persons of Kazakhstan, we would like to see the faces of young scientists who have received recognition in the world. 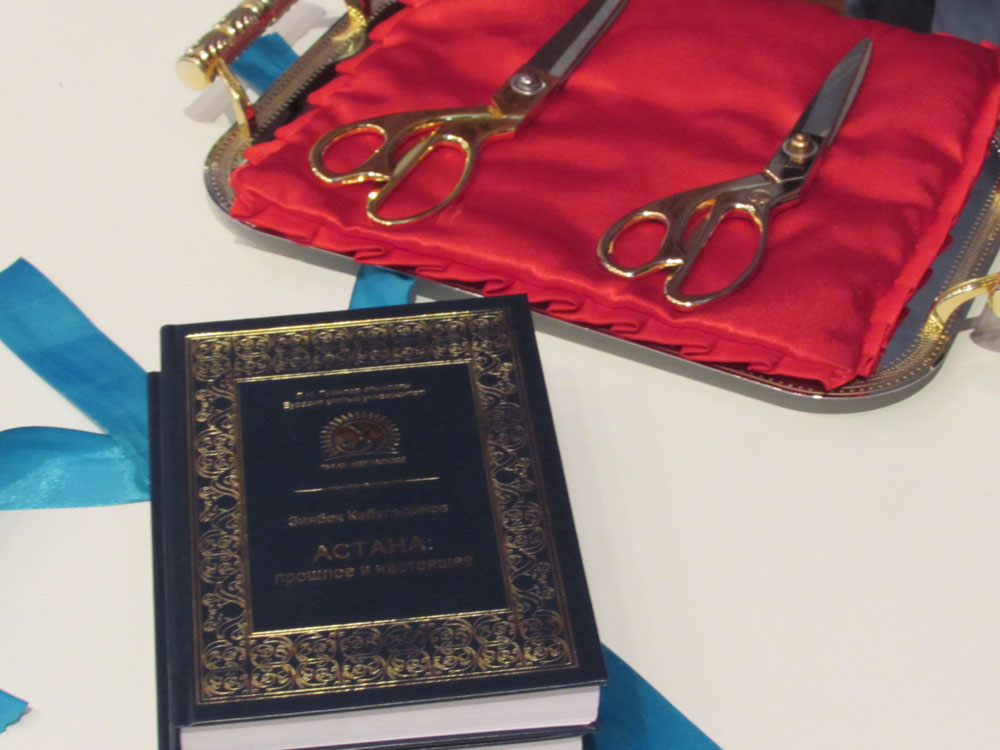 During the work of the Congress books were presented in the framework of the implementation of the presidential program "Tugan Zher": "Astana: past and present" (Z. Kabuldinov), "Sarzhal" (B. Temirov), "Alash movement" in 2 volumes (M. Koigeldiyev).