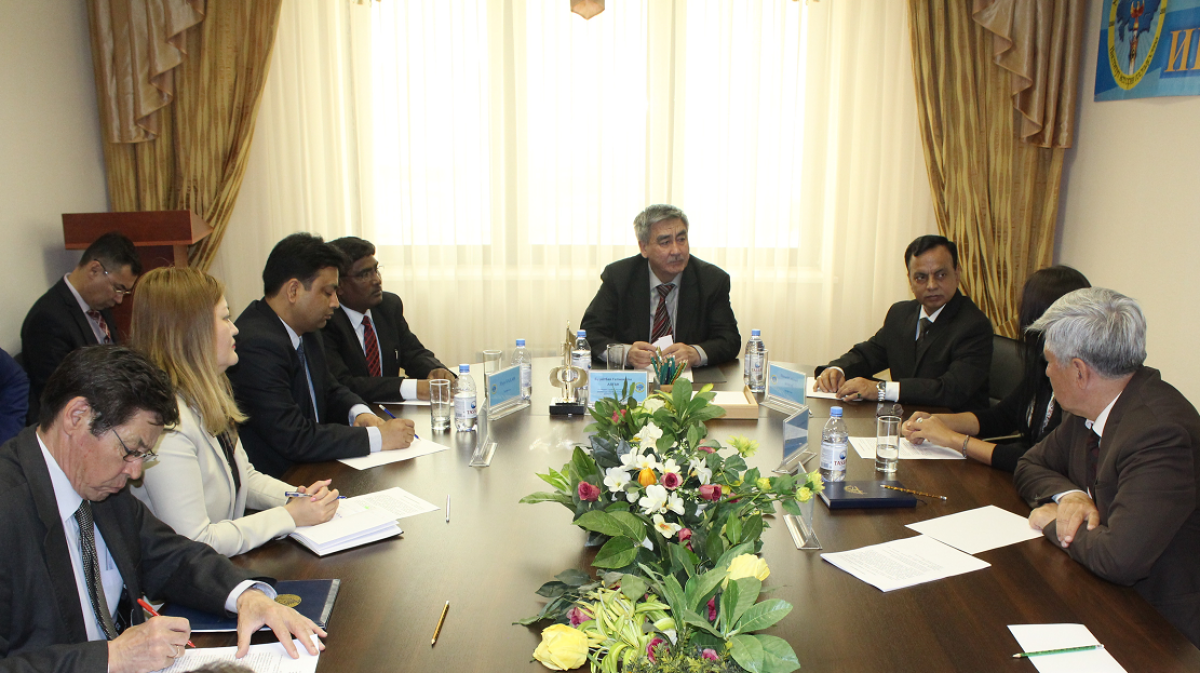 At the present stage of its development, Kazakhstan is in the mode of large-scale modernization of the economic system, political institutions, public consciousness. In these conditions, the role of professional scientific expertise of current processes is increasing, the need to assess the prospects for modernization in the context of foreign research experience and modern international relations.

The Department of Eurasian Studies and Political Researches on the basis of the Institute of History of State organized an international round table on the topic "Integration Potential of Kazakhstan in the Context of Modernization of Public Consciousness". 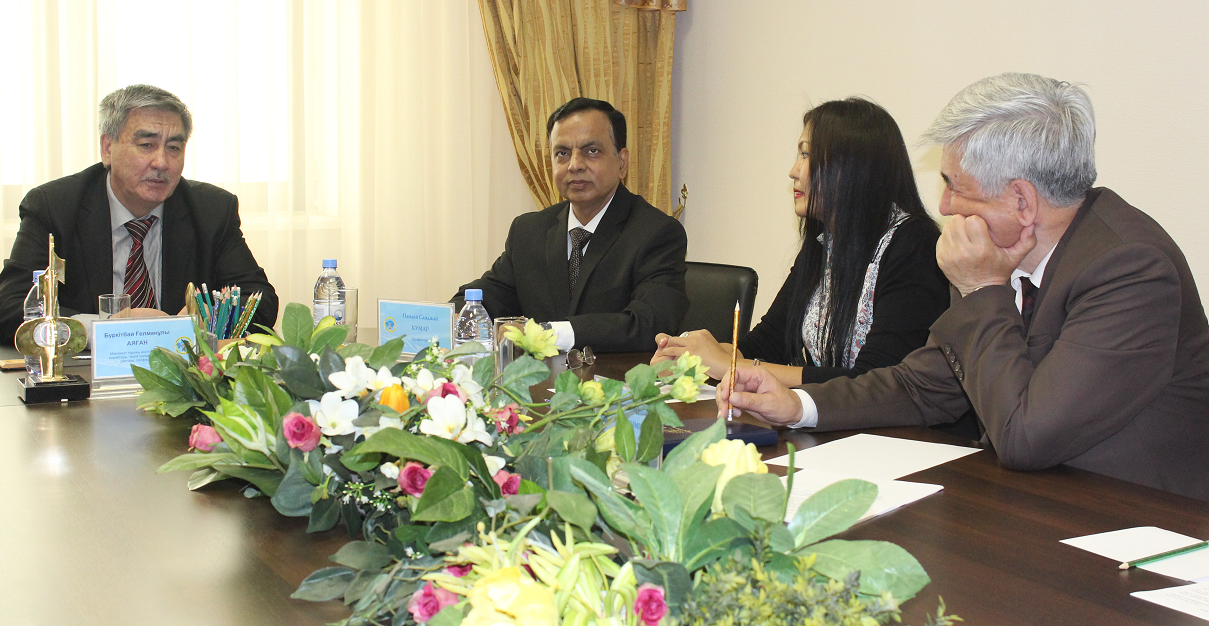 The agenda of the roundtable included a wide range of issues related to the comprehensive modernization of Kazakhstan in the 21st century, modernization of public consciousness, integration initiatives and foreign policy of Kazakhstan, Kazakh-Indian relations, the role of India in the region, the world, etc. 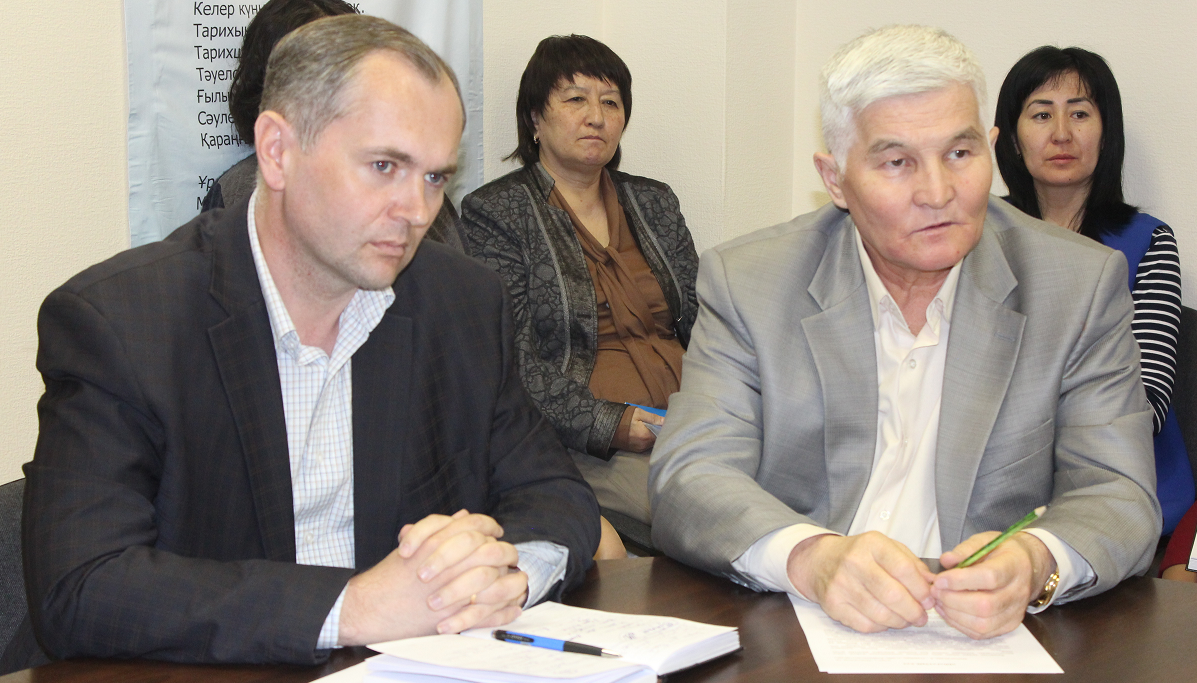 Director of the Institute of History of State, Doctor of Historical Sciences, Professor Burkitbai Ayagan, opening the work of the round table, told his Indian colleagues about the tasks, achievements and current activities of the Institute. He noted the importance of establishing strong scientific contacts between the research centers of Kazakhstan and India, and also called on Indian scientists to develop and implement joint scientific projects.

He also noted the dynamic development of bilateral interstate relations, the increasing volume of Indian investments in the economy of Kazakhstan, and intensive cultural and humanitarian contacts. In addition, according to the director of the Institute of History of State, in the history of India and Kazakhstan, with all ethno-cultural, confessional, natural-climatic differences, there are many parallels, points of contact. 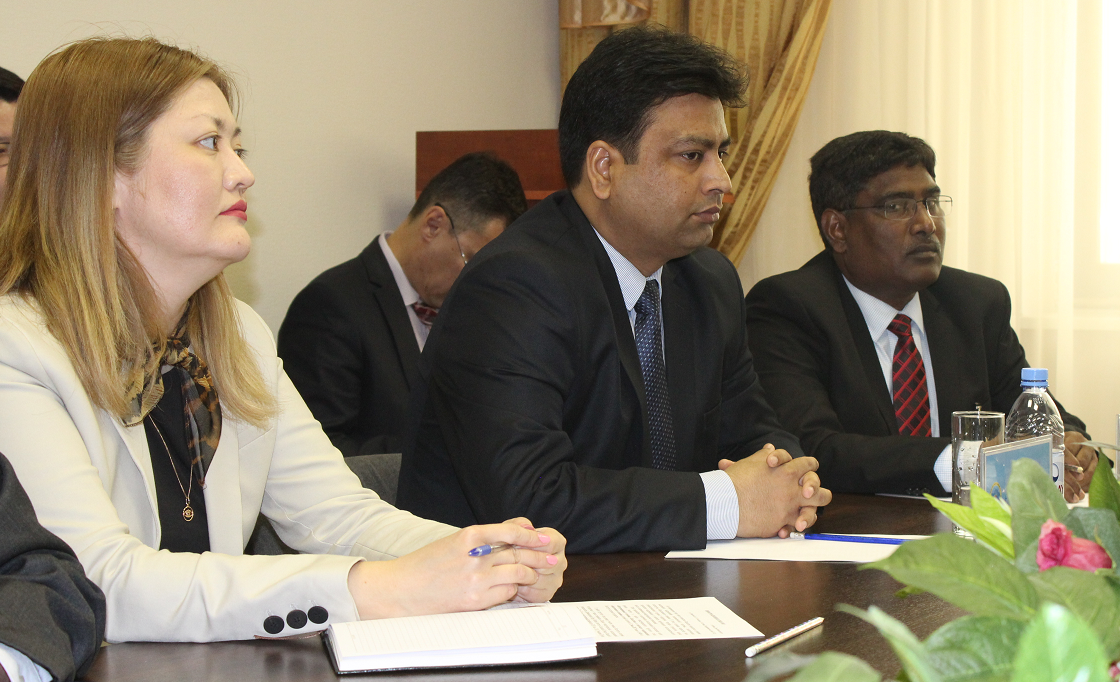 Dr. Sanjay Kumar Pandey developed this idea, noting in this context the formation, development and decline of the Empire of the Great Moguls, which included part of the territory of modern India; Mutual influence of Sufi culture and Indian civilization, Buddhism and Saks.

The importance of bilateral relations between Kazakhstan and India, Sanjay Pandey illustrates with the fact that President Nursultan Nazarbayev made the first official foreign visit to India in February 1992. And in 2009, on the 60th anniversary of India's independence, N. Nazarbayev was among the main and honorable guests among the heads of foreign states.

The Indian scientist noted that Kazakhstan's foreign policy is distinguished by its integrity, its strategic character. It primarily takes into account its own national interests, while Kazakhstan always stands for mutually beneficial cooperation. An example of this can be the practically implemented initiatives of Kazakhstan to strengthen global and regional security, establish economic cooperation, resolve interstate conflicts, etc.

The key role in these processes Professor Pandey assigns to the President of Kazakhstan. According to him, N.A. Nazarbayev is the main inspiration and creator of Kazakhstan's foreign policy, which is based on strict and clear domestic political principles, consisting in the diversity of the Kazakh people, their commitment to stable evolutionary development, unity and tolerance.

The article of the President of the Republic of Kazakhstan "Looking into the future: modernization of public consciousness" in this aspect continues the strategic course of the country in the 21st century.

Dr. Phul Badan in his speech stressed the high level of cultural, humanitarian and educational ties between Kazakhstan and India, dynamic political and economic cooperation. According to him, Kazakhstan plays a leading role in Central Asia, as an economic locomotive and an initiative political partner. In many respects, it became possible to implement effective political and economic reforms in Kazakhstan. Visiting professor of the ENU named after L.N. Gumilyov Punith Gaur accentuated the attention of the participants of the roundtable on the activities of the Assembly of People of Kazakhstan as a unique institution in the world that ensures the stable development of a multi-ethnic and multi-confessional Kazakhstani society. For India, a country with a mixed composition of the population in a linguistic, ethnic and confessional context, this experience is extremely interesting, - believes Punith Gaur.

The scientists of the Institute expressed their views in the context of the development of Kazakh-Indian relations, which amounted to the fact that the potential for cooperation is colossal both in the political and economic sphere and in the field of cultural and humanitarian cooperation.

At the end of the meeting, agreements were reached on deepening cooperation between the Institute of History of State and the University of Jawaharlal Nehru, an exchange of books and memorable gifts was held.