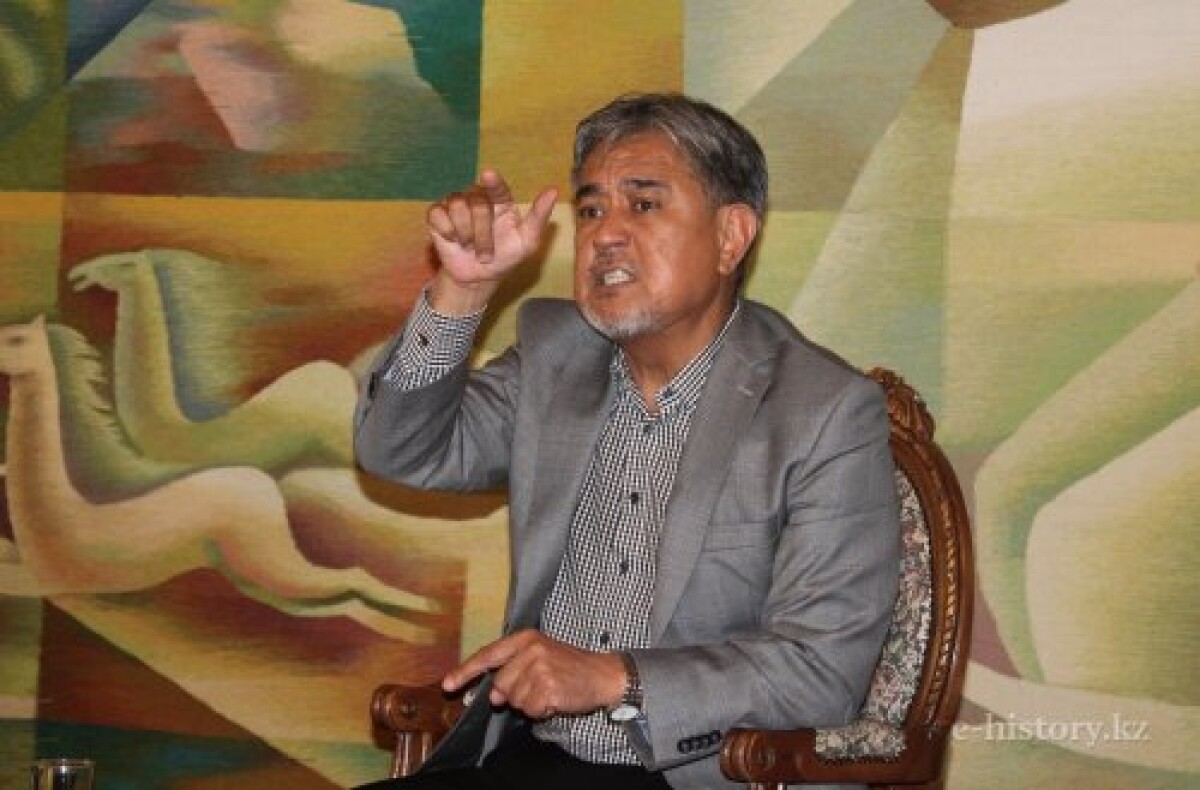 Various events dedicated to the 150th anniversary of Alikhan Bukeikhanov are held across the country. The latest event was held by Saken Seifullin Museum staff in Astana.

A famous scholar of Alikhan Studies, Sultan Khan Akkuly Zhusup myrza gave a lecture on the life and work of the outstanding person.

Students and young scholars attended the event. They listened to the story of the famous scholar with the particular emphasis, whose scientific research was entirely devoted to the theme of Alikhan Studies.

The lecture covered a variety of themes: celebration of the 150th anniversary of Alikhan, Abai and Alikhan, relations between the Turkestan autonomy and Alash Orda Government, Alikhan’s activity in the effort to form a nation-state, external communication between Alash and Japan, Alash Orda and the Soviet government, last days of Alikhan’s life. 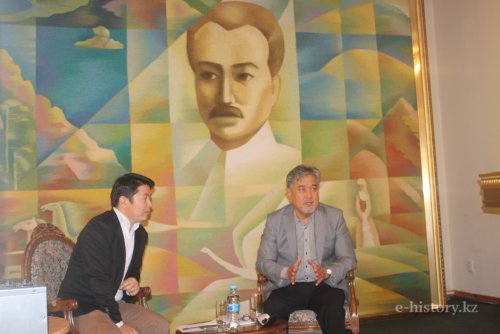 Speaking of ‘Last days of the life of Alash leader’, 79 years ago the sentence of execution issued on that day, which was immediately executed. This faithful son of Kazakh people made a plan, according to which the nation would gain equality, the country’s borders would be secured and the native land would become a rich and strong state in 25 years. He frightened Bolshevik leaders with his ideas and actions and had to spend more than 10 years under house imprisonment. In the last moments of life, he said sacred words: ‘I did not like the Soviet government, but acknowledged it’.

The stamp issued by the National Company ‘Kaspost’ and the coin ‘Alikhan Bukeikhanov’ made by the National Bank of the Republic of Kazakhstan were introduced into turnover. The 150th anniversary of Alikhan was celebrated in the native land Aktogai. The handful of soil from the mass grave in Moscow was brought in Taldybeit, where his father Nurmukhamed and mother Begezhan are six feet under. A memorial board was placed in Zheltau, where he was born. The bust of the Leader of the nation with the marking of the rising sun was placed in front of the district school. 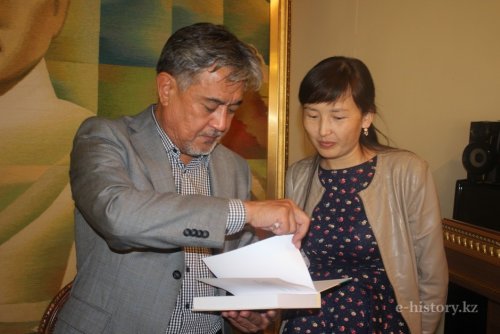 Alikhan is a scholar and public figure, who studied Abai for the first time. ‘The majority tend to believe that the founder of Abai study was a writer Mukhtar Auezov. Telling the truth, Alikhan discovered Abai for us’,-S.Zhusup said. We do not consider what a huge work he had done, when he published a book with the poems of Abai in 1909, it is impossible to lose sight of his article in the newspaper ‘Dala uyalaty’ dated by 1889-1890, on the people and volost governance, where he along with Abai sharply criticized volost and other executives. Modern historians spread opinion that leaders of the Kokand autonomy and Alash Orda did not listen and obey each other. S.Akkuly who carefully studied this issue, refutes this view, moreover, he proved that Alikhan Bukeikhanov had contributed to the creation of Turkestan mukhtariat.

The government with Prime Minister Mukhamedzhan Tynyshbayev and Minister of Foreign Affairs Mustafa Shokai was created by Alikhan’s special assignment. Mustafa Shokai was invited to all-Kazakh Congress in Orenburg. Forward-looking predictions on the accession to the national autonomy were made there. 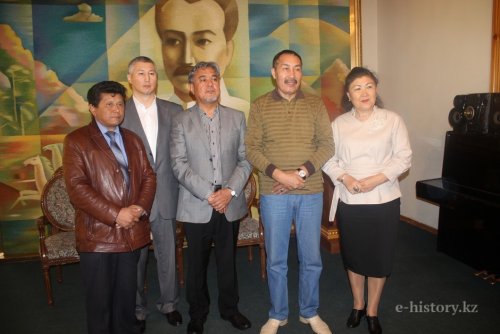 The scholar made comparison on the topic of Kazakh population and its economic status. For example, the Kazakhs measured their economic profit by the number of horses. Millions of sheep (according to some sources, 36 million) were grazed on the pastures, and the number if horses exceeded 20 million. Each family had a t least 1700 head of cattle. The data shows eloquently the economic situation of the Kazakhs of that time.

Most of Alikhan’s articles devoted to the themes of village, cattle had reference character as well. He compared cattle farm and meat industry of Denmark, Australia and Japan. In addition, a scholar-polymath made proposals on the improvement of Kazakh people’s lives in the articles ‘Kooperativ’, ‘Pravoe delo’.

His lectures were full of interesting information. The controversial sides between great personalities – Alikhan and Turar, Alikhan and Saken were revealed and the answers on Alikhan Studies were given too. Students were given a lot of information for thought.