Home News The historical discourse in the Addresses of President N.A.Nazarbayev

The historical discourse in the Addresses of President N.A.Nazarbayev 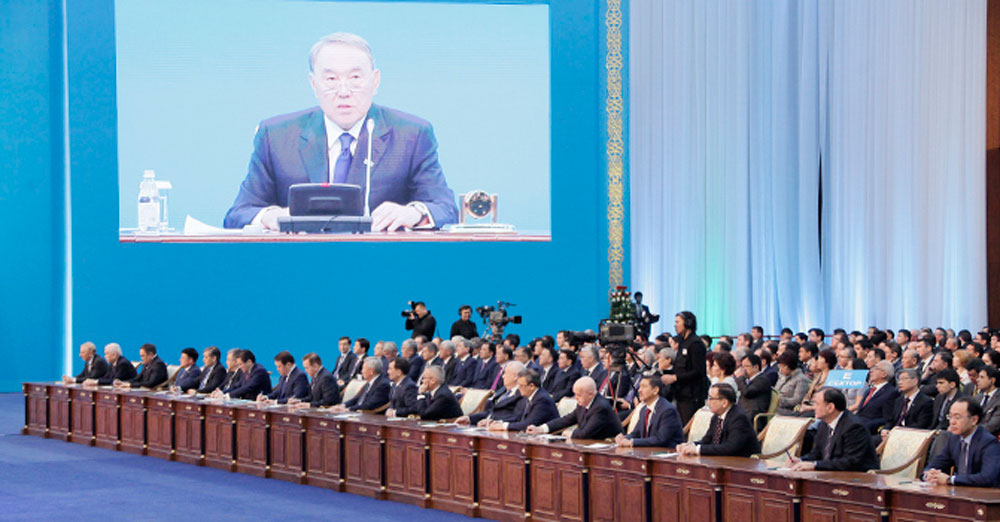 Occasional emergence of ‘history’ in the political discourse is a common phenomenon all over the world.

It is well known that forming historical consciousness and collective memory, history plays and important role in the formation of identity and forming national idea and ideology of the country. Therefore, the occasional emergence of ‘history’ in political discourse is a common phenomenon all over the world.

History is given a significant place in independent Kazakhstan and various public events, large-scale programs as ‘Cultural heritage’ and ‘People in the flow of history’; celebrations of anniversaries of historical dates, commemoration of the tragic events can be the evidence of it.

President’s Address is a traditional that started in 1997. 20 addresses have been issued during that period (1997-2015). The following should be noted in the analysis of address content:

-Address of the President of the Republic of Kazakhstan N.A.Nazarbayev to the people of Kazakhstan (December 14, 2012) — ‘Strategy ‘Kazakhstan −2050’: New political course of the established state’ emphasized the necessity of works on formation of the nation’s historical consciousness.

-The national idea of ‘Mangilik El’ is revealed in the Address of the President of the Republic of Kazakhstan (November 11, 2014) — ‘Nurly zhol — a way to future’.

Historical discourse is more common in Addresses of the President of the Republic of Kazakhstan N.A.Nazarbayev than it was mentioned above. The word ‘history’ is found 71 times in twenty Addresses, ‘tarikh’ — 5, ‘historical’ — 44, ‘tarikhi’ — 3.

Being an integral part of the public consciousness, history represents a unique phenomenon — human memory, which serves as a lesson and example for the next generation. Through the comparison of historical events and eras, analysis of past experience, President called for an objective assessment of sociocultural, political and economic challenges of our time. For instance, it states in the Address of the President of the Republic of Kazakhstan N.A.Nazarbayev to the people of Kazakhstan (October, 1997): ‘Many of us are having difficult times. But when it was easy? Was it easy for our grandfathers and fathers in this century: in civil war, in times of famine and pestilence, in the years of mass repressions, in the Great Patriotic War or in the post-war devastation? It is history, of course. Even today 800 million people are starving every year, many hundreds of millions people have no roofs over their heads. Millions are dying in bloody wars...’.

Another aspect of the use of history is directly related to the celebration of anniversaries, for instance, the 550th anniversary of the Kazakh Khanate, the 20th anniversary of Constitution and Assembly of People of Kazakhstan, celebration of victory in the Great Patriotic War (occurs several times in connection with 60, 65 and 70th anniversaries of victory). Thus, the analysis of Address texts emphasizes the special role of history in public policy, where it appears in various forms: history — lesson, history — memory, history —experience.