Presentation of the book about the statehood of Kazakhstan 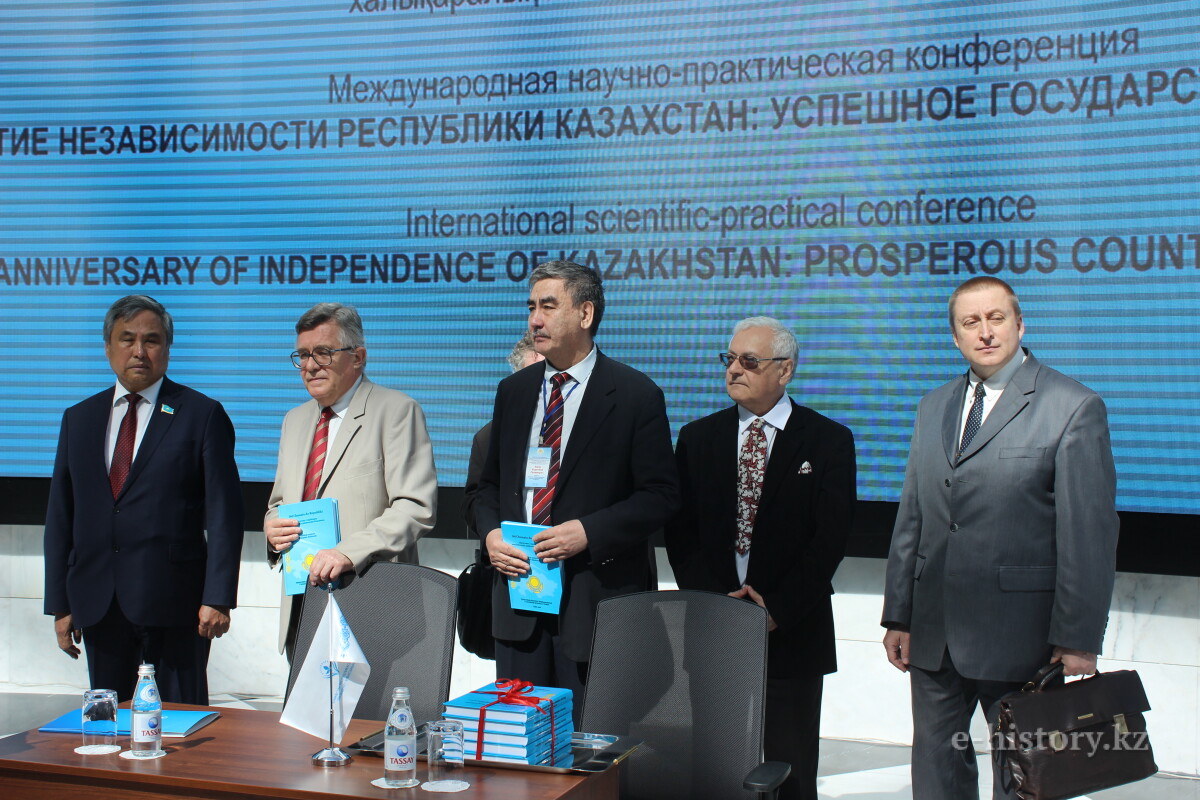 There are specific measuring instruments in the historical consciousness of the Poles. The instrument that allows to measure the feeling of independence, its own sovereignty. The instrument which is the reason for different reactions, different behavior, different thinking about yourself and others. The special feature appeared in XVIII century, when the country disappeared due to external and internal causes. The big country, which became an opponent towards the neighboring countries, the Russian Empire, Austria, Hungary and others. The country ceased to exist, the Poles and the Kazakhs stayed in one country. When people ask me about general history, I tell them that there is one history for the Kazakhs and the Poles. Many people were deported to the Kazakh steppes, mainly those, who participated in the uprisings.

During the period of XIX-XX centuries, there were no books related to history of Kazakhs and Kazakh statehood in our historiography and research. The high position of Polish orientalists is highly emphasized, who studied Middle East, Transcaucasia and others. There is Bogdan Baranowsky, an author of the interesting hypothesis about the reasons of establishment and dissolution of state organization in the steppes.

In the 90s, there were books related to the Poles who lived on the territory of Kazakhstan, with the help of these books we knew a lot about the formation of statehood of independent Kazakhstan. Several years passed and now issues about Kazakh statehood are studied in research centers of Poland universities from the point of view of modern political science, the books are published and conferences are organized.

The main trend data in the research is the question how we look at the statehood of Kazakhstan. A kind of eurocentrism is prevailed in thinking and approach of scholars, which began 2000 years ago. However, it was confirmed by the state theory and criteria that characterize the state. A state is the territory, borders, population and power. Modern research tries to get away from such concept and includes new factors and criteria such as law. Therefore, we study Kassymkhan, Essimkhan’s code of laws, «Zhety Zhargy» by Taukekhan and others. It is possible to notice the transition from eurocentrism and expansion of understanding the statehood. I see fine perspective to this approach as it will allow studying statehood issues better.