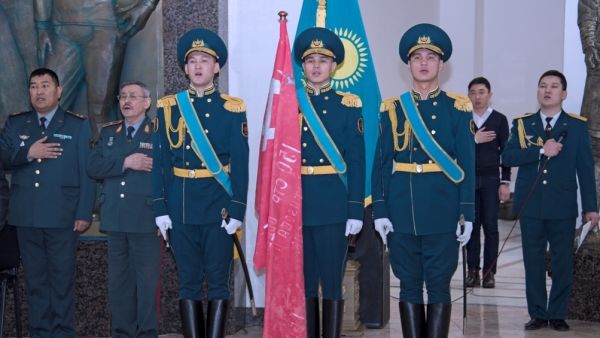 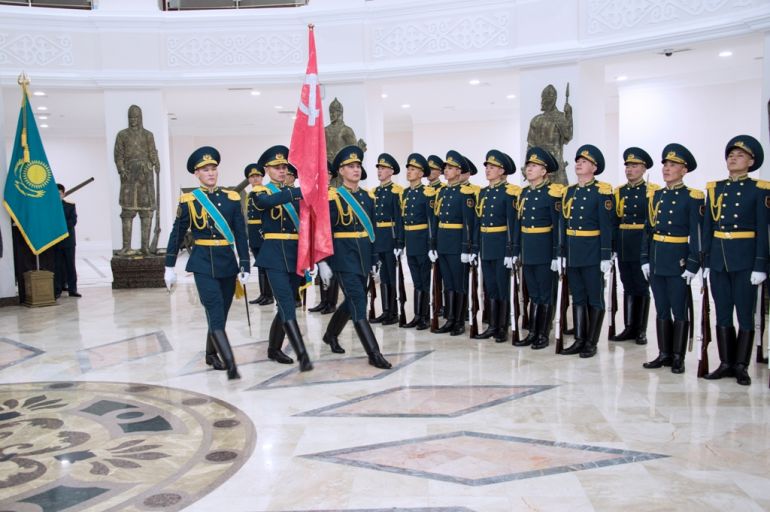 It is emphasized that the banner has exceptional historical significance for our country, history of Kazakhstan’s army, in which heroic past of our fathers and grandfathers are concluded in, who fought bravely on the fields of the war. Now the relic will take its worthy place in the Military-historical Museum of the Armed Forces. It will places in the display devoted to the Great Patriotic War as a bright symbol of might and permanence of the Soviet people, its morale and will also be used in the military-patriotic education of the younger generation. 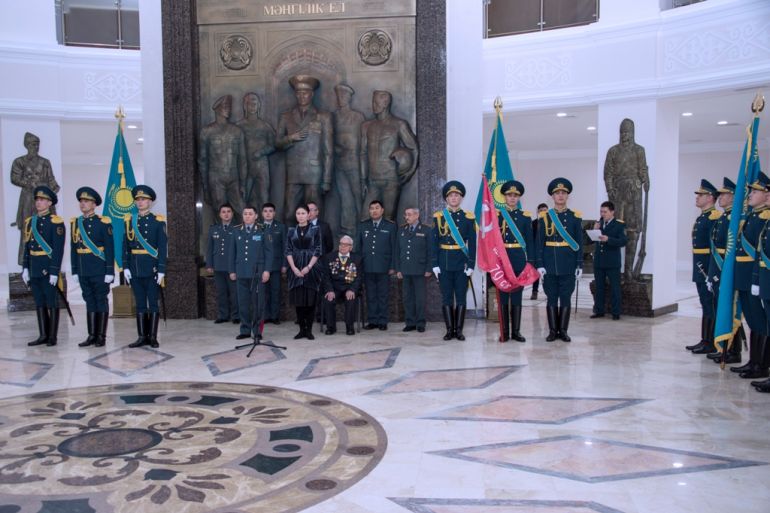 "The war was very difficult, it took millions of lives. This banner was carried by our soldiers through all war from Moscow to Berlin and planted it over fascist Germany. Our comrades went into battle under this banner regardless of life, nothing and performed their duty. The Victory Banner is a symbol of the fact that we won«,-said a participant of the Great Patriotic War Oleg Linik.

Veterans of the Great Patriotic War, Afghan War, students of the Republic School «Zhas Ulan» named after general Nurmagambetov Sagadat, as well as military servicemen of the military unit 68665 attended the official event on the transfer of the banner.

It should be noted that the fund of the Military-historical museum of the Armed Forces of the Republic of Kazakhstan consists of about 6000 and continues to grow. Valuable items of historical importance are given by different people from the different regions of our country, who have something to say and contribute to the history, stages of formation of the Armed Forces of independent Kazakhstan from ancient times to the present day.

Photo: website of Ministry of Defense of the Republic of Kazakhstan

Materials on theme
The issue of the book about famous Kazakh scientist
Presentation of the first issue of “Kazakhstan-Russia” anthology
The culture of national Kazakh craft
FRANK ALBO: ASTANA SOLVES THREE GLOBAL ISSUES