The exhibition dedicated to the 155th anniversary of Nurpeis Baiganin 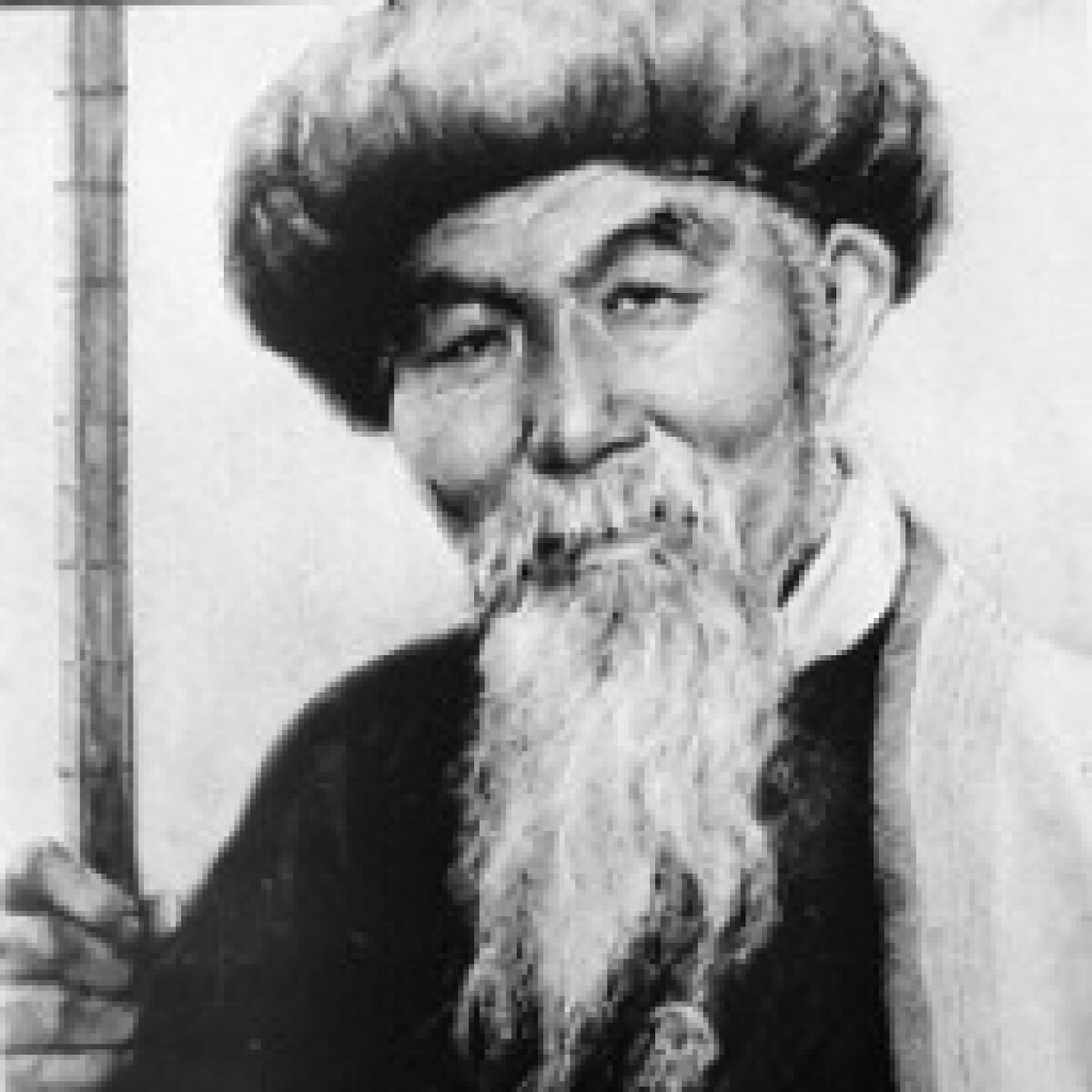 Nurpeis Baiganin (1860-1945), one of the greatest Kazakh akyns, the brightest representative of the folk epos, was born in 1860 in Temir District of Aktyubinsk region.

Nurpeis learned to sing and play the dombra from his mother. The singer’s talent appeared so vividly that he was called «zhyrshy bala» («a boy-narrator»). Having an extraordinary memory, Nurpeisov listened to the poets of West Kazakhstan with great interest: Abyl Tleululy, Alash Baitok, Sherniyaz Zharlygasuly, Nurym Shyrshygululy and sang their songs by heart. By the age of 17, Nurpeis Baiganin had already entered into competitions with well-known poets, where he always came out as a winner, no event was held without his participation.

His name and his works, such as: «Akkenzhe», «Narkyz» were known far beyond his native region: in South Ural, on the banks of the Syr Darya, in Karakalpakstan, Khiva, Turkmenistan. Akyn was a passionate performer of the folk tales — epics and heroic legends about glorious Kazakh batyrs. His repertoire consisted of masterpieces of Kazakh epos «Kubygul», «Torekhan», «Orak-Mamay», «Karasay-Kazi», «Er-Targyn», «Alpamys». Most of the recorded 26 variants of the epos «Kobylandy-batyr» belongs to Nurpeis Baiganin.

In 1936, N.Baiganin in the delegation of masters of art of the Republic took participation in I Decade of Literature and Art of Kazakhstan in Moscow, where he performed a the Bolshoi Theatre and on All-Union Radio of the USSR. In 1939 akyn took participation of II Congress of writers, took participation in the work of the Republican meeting of akyns. In 1940 was held a big celebration in Aktobe, dedicated to the 80th anniversary of Nurpeis Baiganin, where he was awarded an order «Badge of Honor». He dedicated a poem «Kuanysh zhyry» to this joyful event.

In difficult years of the Great Patriotic War, Nurpeis Baiganin encouraged people with his creativity, he raised the morale of people traveling around the viallges in the membership of propaganda team performing his works «Batyr turaly zhyr», «Batyr ulga», «Zhenis ushin», «Kazakhstan-maidanga» and others. The remarkable creative legacy of people’s akyn of Kazakhstan was included into Gold Fund of Kazakh Literature and Art.

The streets in Almaty and Aktyubinsk, the administrative district in Aktyubinsk region, a library and others were given his name. The photographs and documents from the personal archives of Baiganin’s family and Central State Museum of RK were presented on the exhibition, a documentary «Nurpeis Baiganin» was demonstrated, akyn’s grandson performed and N.Baiganin’s works performed by leading artists of Kazakhstan. The exhibition lasted until 12th November 2015.

Use of materials for publication, commercial use, or distribution requires written or oral permission from the Board of Editors or the author. Hyperlink to Qazaqstan tarihy portal is necessary. All rights reserved by the Law RK “On author’s rights and related rights”. To request authorization email to or call to 8 (7172) 57 14 08 (in - 1164)
Қазақша Русский English
THE MOST WIDELY READ
Month Year
Top 10 national dishes you should try in Kazakhstan Master class was organized for the workers of the National Museum of the RK at Botay settlement Jewelry art Women that left trace in the history of Kazakhstan Kazakh yurt – a house without corners Kazakh wedding traditions: uryn kelu Cultural walk: Museum of Turkic Academy The great Kazakh scientist-educator, historian, ethnographer Shokan Ualikhanov was born The story of one photo. Nikolay Panin Cultural walk: in the footsteps of the Hero of the Soviet Union Timofey Pozolotin Address of the President of the Republic of Kazakhstan. Expert opinion – B. Ayagan They proved that Kazakh Art was important for them
Philosophy of the Emblem President of Kazakhstan took part in the opening ceremony of celebrations dedicated to the 175th anniversary of Abai Kunanbayuly Abdurakhman Aitiyev and his struggle Nurmukhan Zhanturin. Actor who played himself Ydyrys Mustambayev. Defender of Abai and Magzhan Online documentaries Kassym-Jomart Tokayev sent a telegram to UN Secretary General António Guterres History of pandemic in Central Asia THE GREAT SON OF THE GREAT STEPPE What was the composition of the country’s Supreme Soviet of the XII Congress Armenians and their kinship with the Kazakh people Nurtas Ondasynov. Kunayev’s Chief
Polls
Materials on the topic
Living for the Kyrgyz account
Heroic mothers of the great steppe
Stolypin about the worries and hopes of immigrants to the Kazakh steppes
A tireless explorer of the Kazakh land