Presentation of the first issue of “Kazakhstan-Russia” anthology 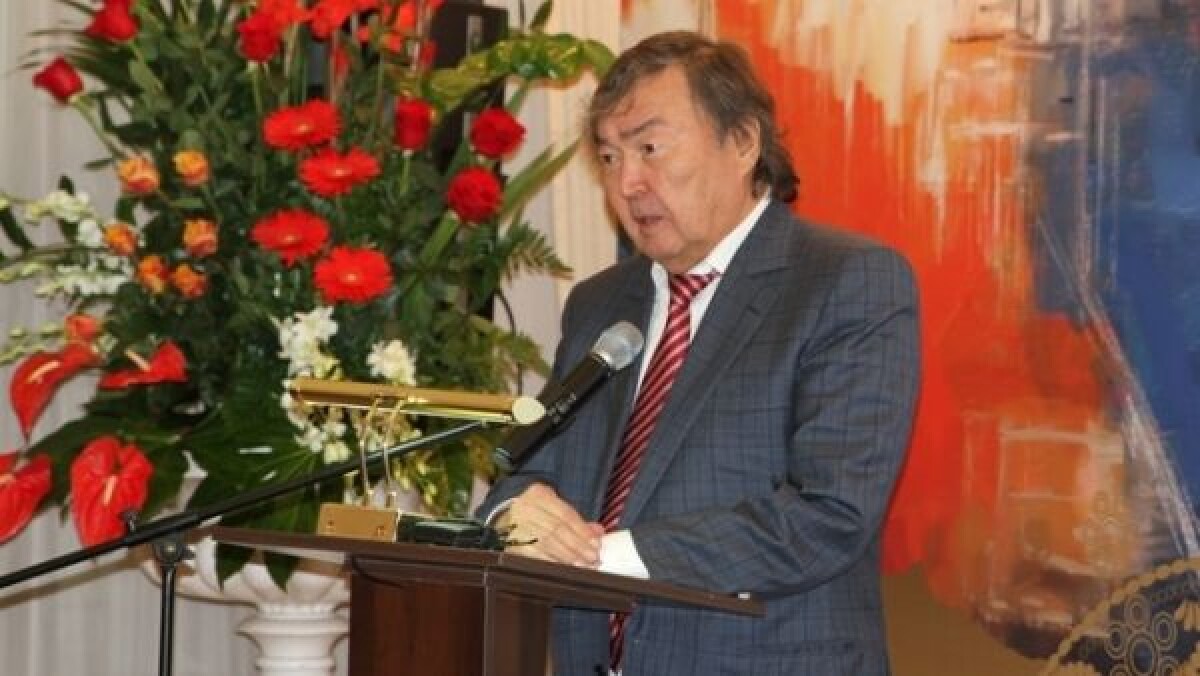 Anthology is published jointly with the Union of Writers of Kazakhstan, “Literaturnaya gazeta” and “Roman-gazeta” with assistance of Kazakh diplomatic mission in Moscow

The first issue of literary anthology «Kazakhstan-Russia» was presented in the Center of Oriental literature of Russian State Library (RSL) in Moscow, reports Kazpravda.kz with a reference to the Embassy of the Republic of Kazakhstan in the Russian Federation. 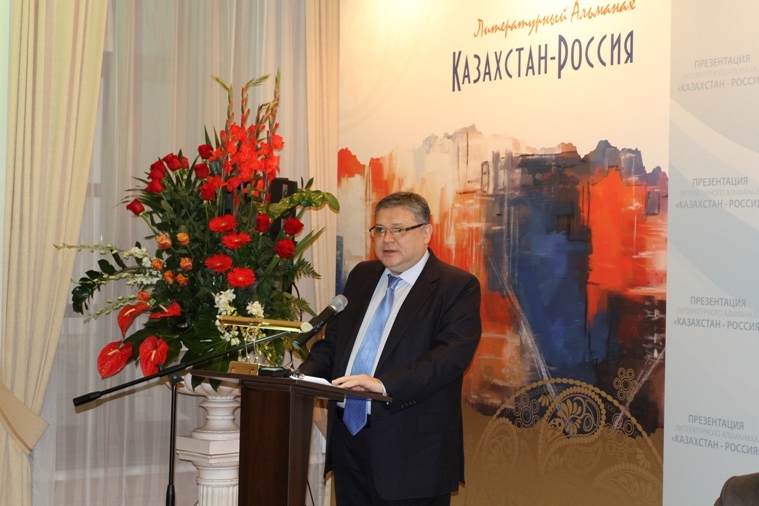 Extraordinary and plenipotentiary ambassador Marat Tazhin opening the meeting quoted the words by the President of the Republic of Kazakhstan Nursultan Nazarbayev: «We must not forget that an adequate response to the challenges of time we can give only if we preserve our cultural code: language, spirituality, traditions, values...If nation loses its cultural code, it destroys. It cannot be allowed».

Ambassador of Kazakhstan recalled that at last year meeting of writers there were several interesting proposals including publication of joint Kazakhstan-Russian literary anthology, publication in special enclosure of «Literaturnaya gazeta» about Kazakhstan literature, holding a competition for translators of poetry and prose as one of the revival elements of tradition of literary translation. These joint projects have already received their practical implementation, became the visible affirmation of the resumed dialogue of writers of two countries. 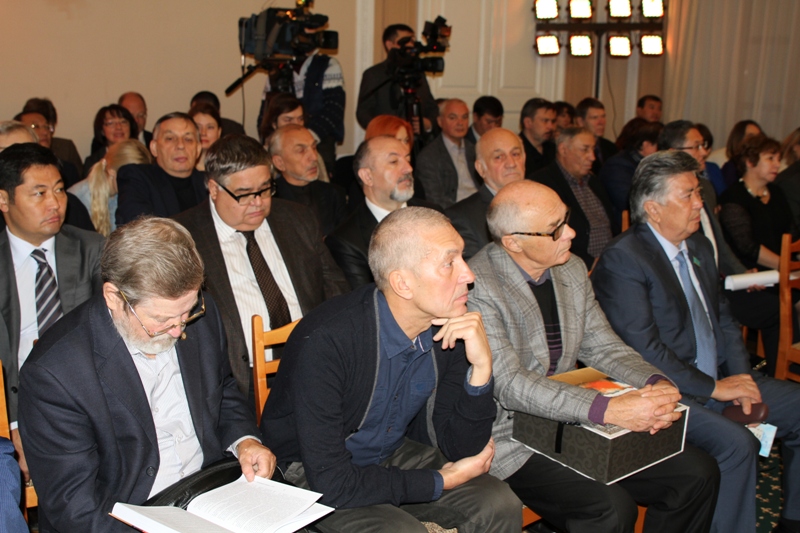 «Despite the apparent locality of the designated areas of cooperation, they reflect the most urgent contemporary literary space of Kazakhstan and Russia and Eurasia in general, systematic issues. Even so, the task was much broader — to give impetus to the mutual respectful movement towards. I am sure it is an essence of the reflection of this movement that we all have gathered today», — noted Marat Tazhin.

Poet and writer Olzhas Suleimenov said in his speech that literature is experiencing a particular crisis as «with a great country we lost a great reader». In his opinion, the period of independence is a time when all people can and should feel their independence and literature can help to restore these links.

«On the influence decrease of literature in the modern cultural process, one of my colleague lamented: If you sell the cow, you sell her milk too. I consider that literature is not hair, but head of the culture», concluded the poet.

The representative of the President of Russia for International Cultural Cooperation, Mikhail Shvydkoy highly evaluated a meaning of started writing dialogue, stressing that we can experience true life in neighboring countries only through the literature. He noted that thanks to published anthology readers knew new young names and confirmed that Interstate Fund for Humanitarian Cooperation of states — CIS participants headed by him will actively support such initiatives.

«The value of the anthology cannot be overemphasized and I hope that the collection will be in the library. If there is literature, history has national fate», said Mikhail Shvydkoy.

Following the results of the writers meeting of two countries was made a decision about the publication of the second issue of literary anthology «Kazakhstan-Russia», the continuation of thematic publication in «Literaturnaya gazeta» under the updated name «Evraziiskaya muza», holding an International contest of literary translators, organization of research devoted to the literary processes in Kazakhstan and Russia.

The participants of the meeting agreed to convene the third meeting of writers of Kazakhstan and Russia in 2016.