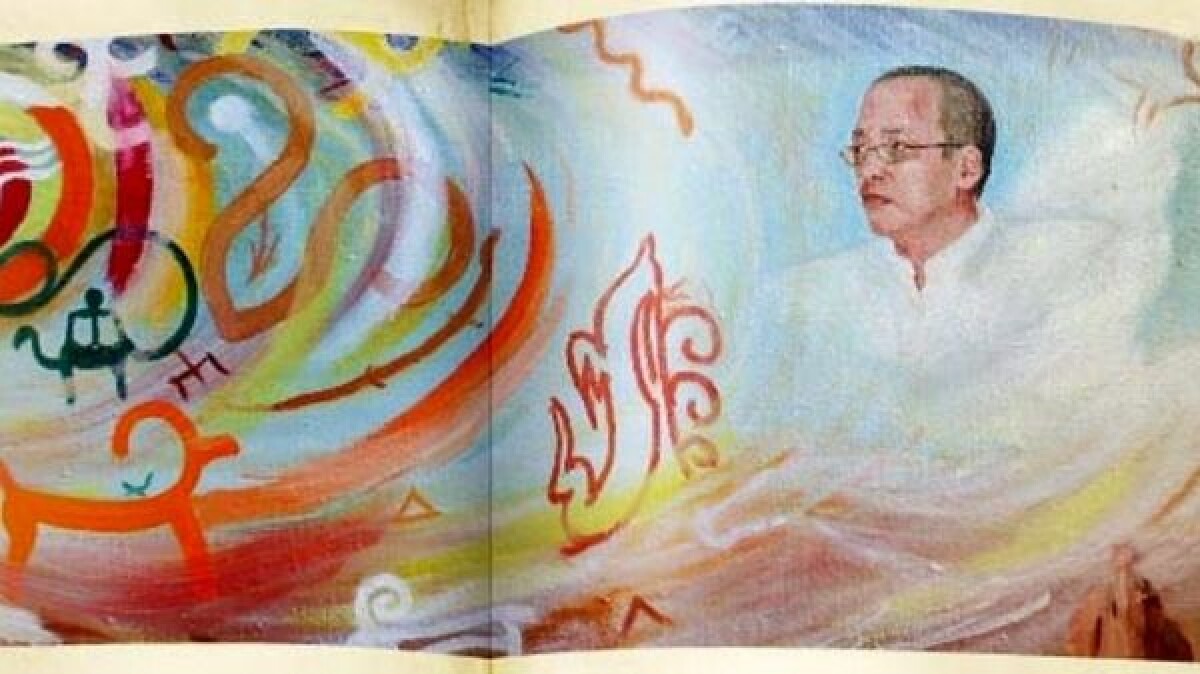 During the working trip akim of Mangistau region, Alik Aidarbayev took participation in the opening of the memorial museum of the ethnographer, who left a rich heritage for the study of Kazakh mythology of Serikbol Kondybay in the village Shetpe.

More than 120 million KZT was allocated from the local budget for construction of the new object of culture in the center of populated locality.
"The heritage of Serikbol Kondybay is now kept in the new museum. He became an example of self-sacrificing life and service to the country, even being bed-bound. Kondybay was engaged in research in his native village Shetpe«,-said staff of the museum.
Let us recall, that Serikbol Adilbekuly Kondybay was born on March 14, 1968, in the village Kuryk of Mangistau region. Since 1969 he lived in the village Shetpe of Mangistau region. In 1986, he entered Faculty of Geography of Kazakh State University and graduated in 1991 majoring in «Geomorphology».
He refused the offer to study postgraduate training program in the Institute of geography of Science Academy in Kazakhstan and came back to the village in accordance with Kazakh tradition when the younger son is the custodian of the parental hearth. He worked as a specialist In Mangistau-Ustyurt society of monument protection, in regional management of ecology and later as a teacher at secondary school until the accident in 1995. As a result of the accident he received a spinal injury and became disabled of I group.
Despite his critical condition, he focused on mixed extensive theoretical studies since 1996 that resulted in 10 books published during his lifetime. After the author’s death, four books and translation of the monograph by M.Eliade «Aspects of the myth» (the second volume of ten-volume «Anthology of world cultural thought») were published.
In addition, Kondybay published more than 90 scientific, popular scientific and publisictic articles in the national press.
Research «The world of Alpamys» remains unpublished yet, the study of scientist’s handwritings is in process. Let us recall, epos about Alpamys-batyr (hero) is Kazakh heroic epos which is widespread among the Konyrats and the Kipchaks. The epos narrates about adventures of the key character of the eponymous epic of the Turkic people: Kazakh, Uzbek and Karakalpak people call Alpamys, Bashkir people call Alpamysha, Tatar people call Alpamsha, West Siberian Tatars call Alyp Myamshyan and Altai people call Alyp-Manash.
The scientist Serikbol Kondybay died on August 24, 2004 at the age of 36. The school in Aktau is called after scientist’s name.
Kseniya Voronina
«Kazakhstanskaya pravda»
http://www.kazpravda.kz
Use of materials for publication, commercial use, or distribution requires written or oral permission from the Board of Editors or the author. Hyperlink to Qazaqstan tarihy portal is necessary. All rights reserved by the Law RK “On author’s rights and related rights”. To request authorization email to or call to 8 (7172) 57 14 08 (in - 1164)
Қазақша Русский English
THE MOST WIDELY READ
Year
On How Kazakhstan Ended up as part of Tsarist Russia Recorded history of Kazakhstan. Part 2 The title of “Folk hero” was posthumously awarded to three veterans of the Great Fatherland War Union of the Archives and Library A great son of the Kazakh steppes Recorded history of Kazakhstan. Part 1 Burial mounds of the southwestern part of the Semirechye region The referendum on the Constitution is a significant stage of democratization Kazakhstan's participation in the Winter Olympics has a long history Rebooting a field of science and education Labels of the Golden Horde khans and Russian clergy A role of Buddhism in formation of Central Asian mythologies
Polls
Materials on the topic
Labels of the Golden Horde khans and Russian clergy
From the story of a blood feud
A role of Buddhism in formation of Central Asian mythologies
The referendum on the Constitution is a significant stage of democratization