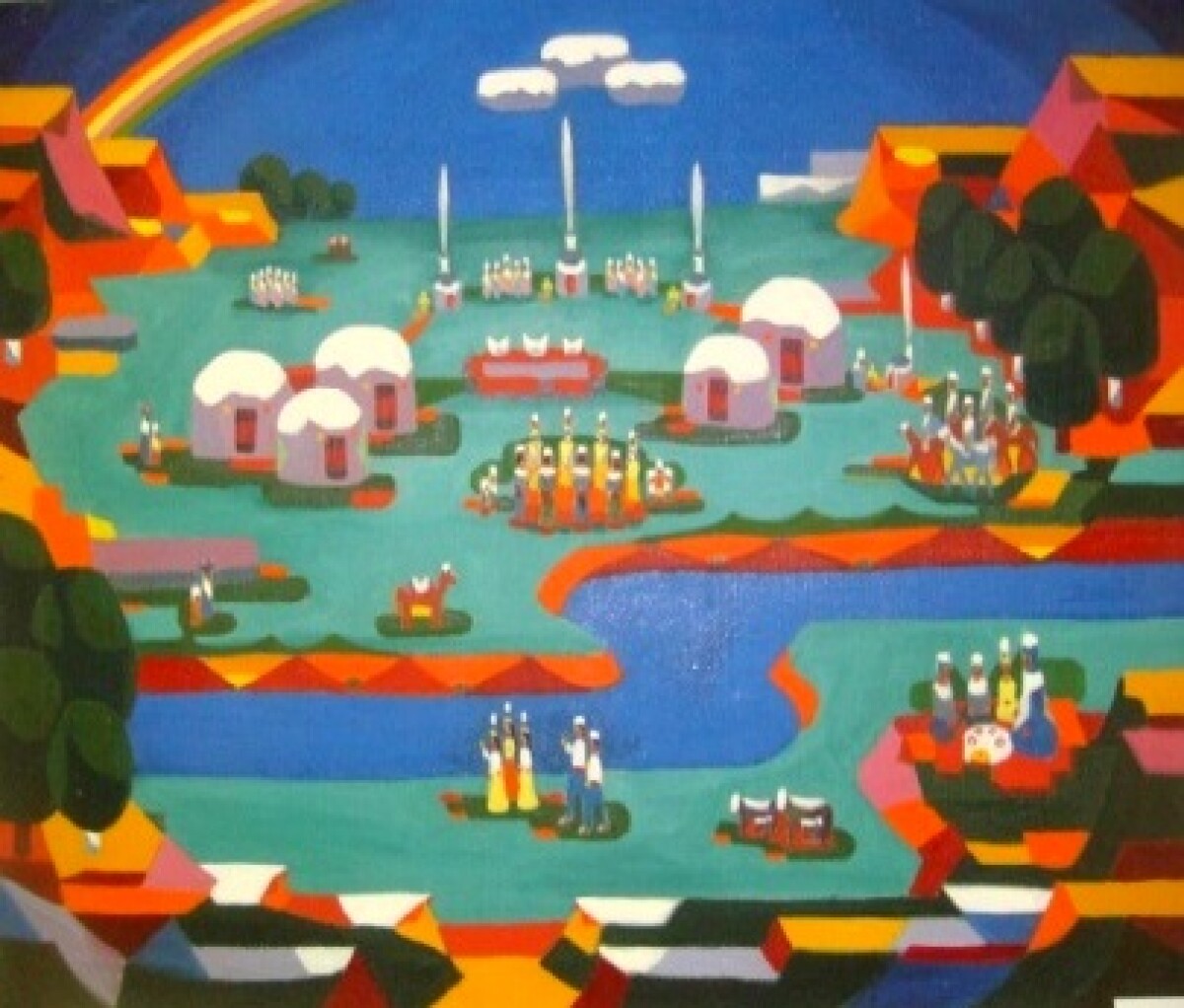 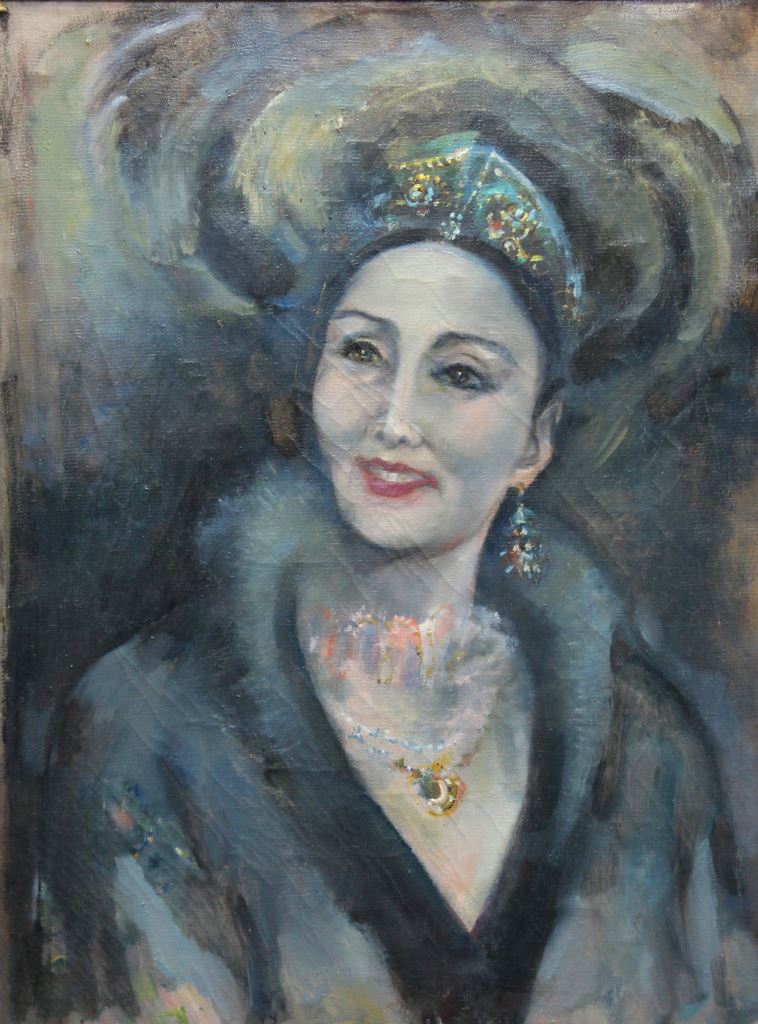 At the present time the museum is the main cultural-educational centre in the region in the sphere of decorative art .The various collection of museum gives a bright view on the art culture of Atyrau region and masters of the past and present. The number of the museum exhibit items counts for 1600. At the exhibition under the name of “Akzhayik motives” the best works of famous masters of the Kazakhstan paintings are presented. 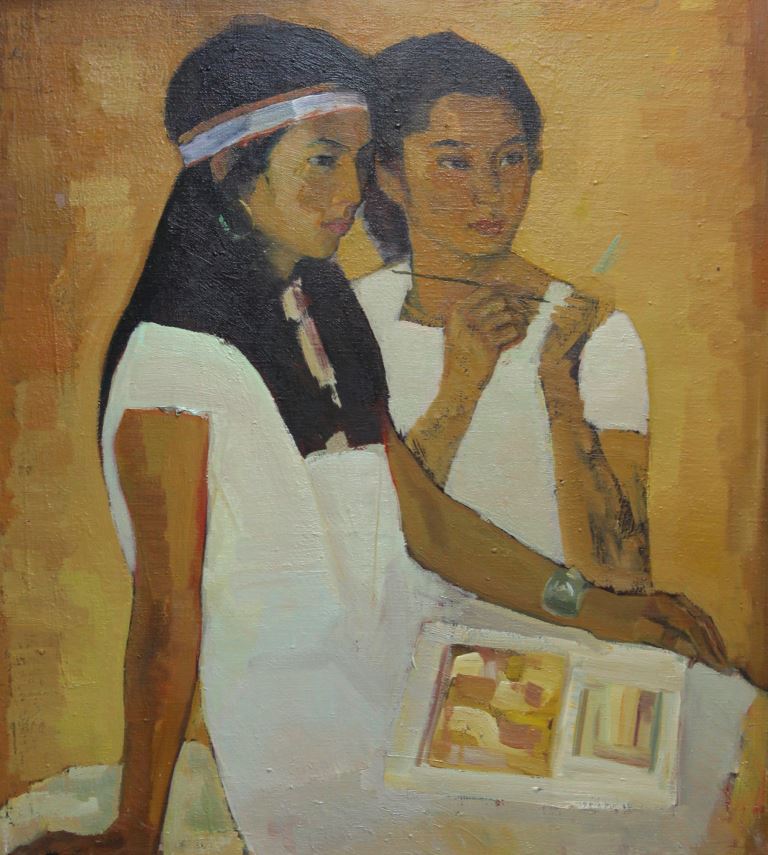 The aim of the exhibition — the strengthening of cultural ties among regions, popularization of the museums that gives the great possibilities for the residents and guests of Almaty in the introduction of invaluable masterpieces of spiritual culture of Kazakh people from the funds of the Museum of Visual and Applied Arts named after Sh. Sariyev of Atyrau region.

At the exhibition 40 pictures performed in different genres are presented. Zhanabyl Rakhmetov, Mukhit Kalimov, Gulfayrus Ismailova and others’ works are the portraits with deep penetration into the image of the painted one. For each of them the artists find corresponding decisions, depicting a person in comparison with the environment, more characteristic for it. The village life is presented in the canvases of Kambarbek Amanov, Zholaman Aralbayev, Rafael Slekenov in the creative, dynamic aspect.

The series of traditional romantic “nature painting” with sunsets, trees, wells and grass is changed by the elfin kandscapes with splendid greens, herds. The perception of connection with the ancestors was always foundational for the artists Amandos Akanayev, Adilkhair Zhantasov, Yerbol Sheruyeniv. Their works plunge us into the world of folk ethnos and history of native land. The rich possibility for the transfer of the image of native land, peculiar spiritual and household features, character type, loyalty to family, tribal traditions are embodied brightly in the landscapes of the artists Sadyr Karibay, Otarbay Kendir, Kabdoly Dosniyazov, Anatoliy Bazhanov, Igor Li and Tilek Khalin.

The distinguished attention was given to the works of artists giving love to the native land, the river Ural, picturesque corners of Atyrau city. For the landscapes from that cycle the gamma of blue and yellow-brown colours is peculiar. Constantly changing view of the city and surroundings gives new motives, impressions and perceptions.

Representing the exhibition “Akzhaiyk zhagalauy syr shertedi”, the Museum of Visual and Applied Arts named after Sh. Sariyev of Atyrau region hopes for the further collaboration with the State Museum of Arts named after A. Kasteev and the enrichment of both own art laboratory and common “workshop” — Kazakhstan art as a whole.