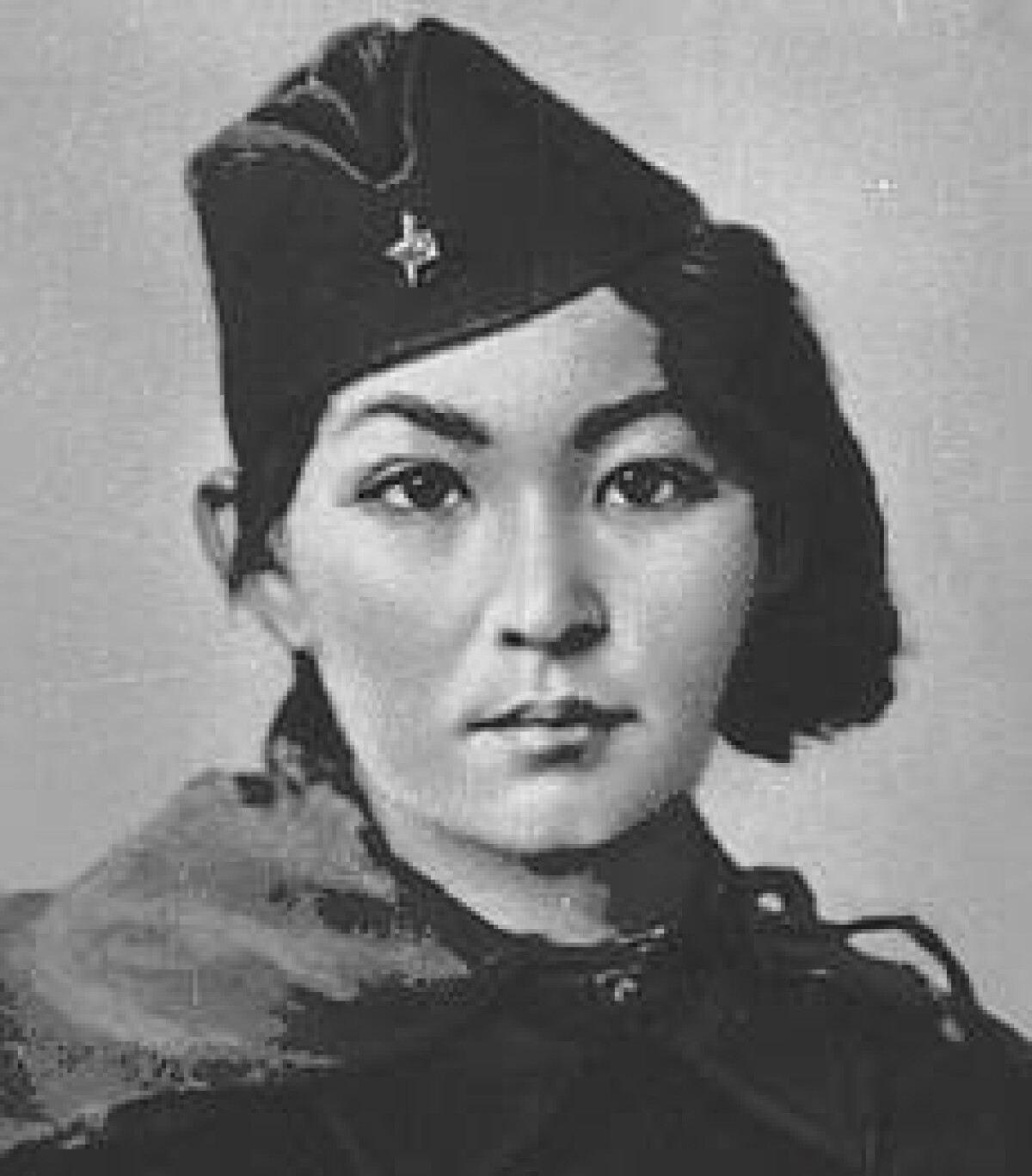 25 October a glorious daughter of Kazakh people, hero of the Soviet Union Aliya Moldagulova would turn 90 years old.
The regional command “East” along with the Department on the affairs of defense of Semey city, the Council of Veterans of the Great Patriotic War and military department KAZGUIU carried out the Remembrance day of Aliya Moldagulova dedicated to the 90th anniversary since her birthday.

The Deputy Commander of the military unit 28738 on the educational and ideological work the Lieutenant Colonel Igor Tihonenko told to young military servants about the heroic fate of the girl-sniper Aliya Moldagulova. “During the years of the Great Patriotic War Aliya served in the 54th separate rifle brigade of the 22nd army, 2nd Baltic front. The Hero of the Soviet Union posthumously. On her account there were 78 neutralized soldiers and officers of the rival. Her name is the symbol of faith and service to native people”, he noted. From the memories of Aliya Moldagulova’s contemporaries: “N. A. Matveeva, at that time — a student of the sniper school: “17 December 1942 I met with Aliya in the city executive committee of Rybinsk for the first time. At that time she looked a young girl-teenager, she was 17 years old. But Aliya was persistently achieving to become a volunteer at the front... Upon the arrival at school we had been examined by the medical commission.

Me and Liya (I called her so) were enrolled into the fourth troop — the shortest ones. We were located in the greenhouse with the three-tier board beds. We were sleeping together with Liya. It was cold and it was no place to dry the clothes, soldier foot clothes , boots. Then, our fourth troop was transferred to the capital barrack, the conditions became better. After that, the studies at the sniper school began. We learnt to shoot to the point, crawl on our stomachs, be invisible for the enemy. Aliya expressed persistence in studies, perseverance in the mastery of sniper case”. In sniper school Aliya was awarded the nominal rifle with the inscription “From CC AULYCL or Komsomol for the excellent service”.

During the memorable event the military personnel of the units RgK “East”, chorus of veterans of war and labour, chorus of military department, also the laureate of the competition of the soldier song “Zhas Ulan” and Moscow festival “Vivat Victory” sergeant of the contract service military unit 36803 Zhanna Umarbekova performed the songs “Land of Kazakhstan”, “Snow on shoulder straps”, “Victory”, “Aliya”, “Ballade on soldier”, “Soldier’s mother”, “Letter as of 45 year” and others.

In the end of the Remembrance Day the minute of silence for the dead on the battle fields of the Great Patriotic war 1941-1945 yy. was declared. “The growing generation, young people have to remember the exploit of a great daughter of Kazakh people. Not being pitiful to her life, she as hundreds of thousands of our compatriots, at the fields of relentless and bloody war struggled for life, peace and future”, the participant of the Great Patriotic War Gabdulgaziz Akhmerov said in conclusion.