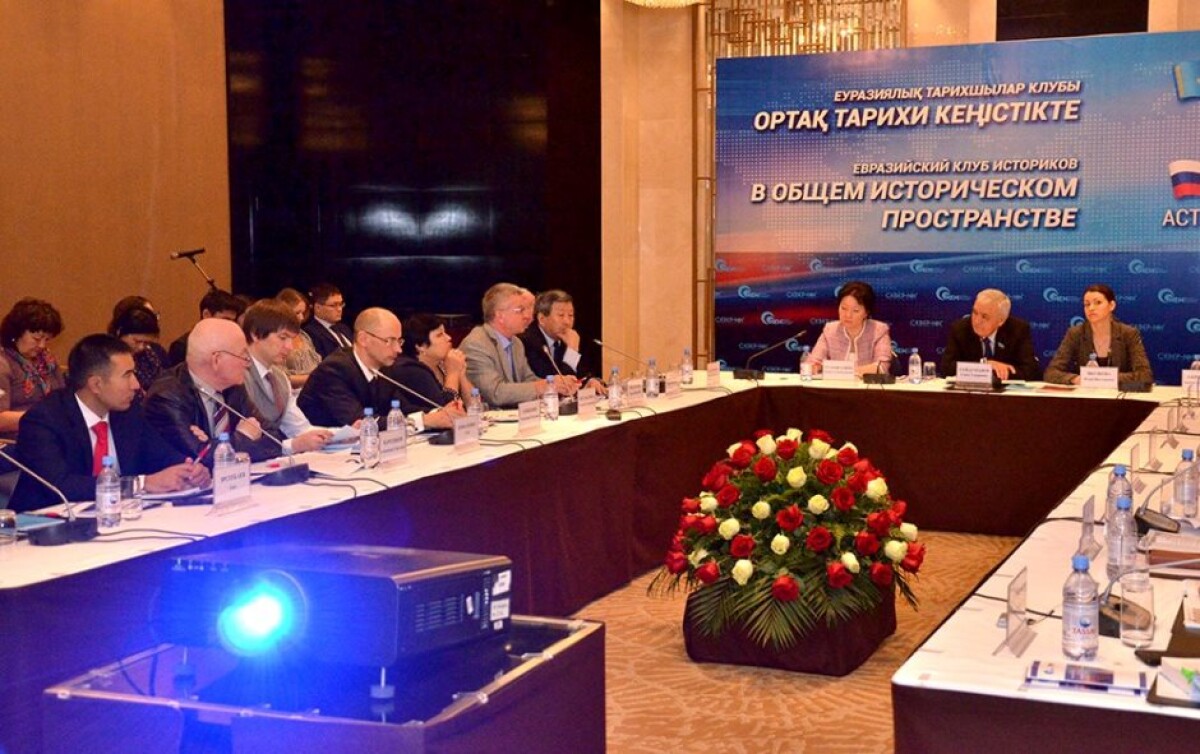 The historians of Eurasian space have discussed future prospects of the club. They made suggestions about the establishment of Eurasian Historical Society and creation of an annual calendar

The meeting of the Eurasian club of young historians «In common historic space» was held in Astana.

The event was organized by the Institute of Eurasian Integration and Political Center «North-South» (Russia).

The historians and political scientists from Russia, Azerbaijan, Armenia, Belarus, Kazakhstan, Kyrgyzstan, Tajikistan, Uzbekistan, deputies of the Parliament of Kazakhstan, representatives of Presidential Administration of RK, international organizations, NGO, youth associations and media took participation in the work of the club. 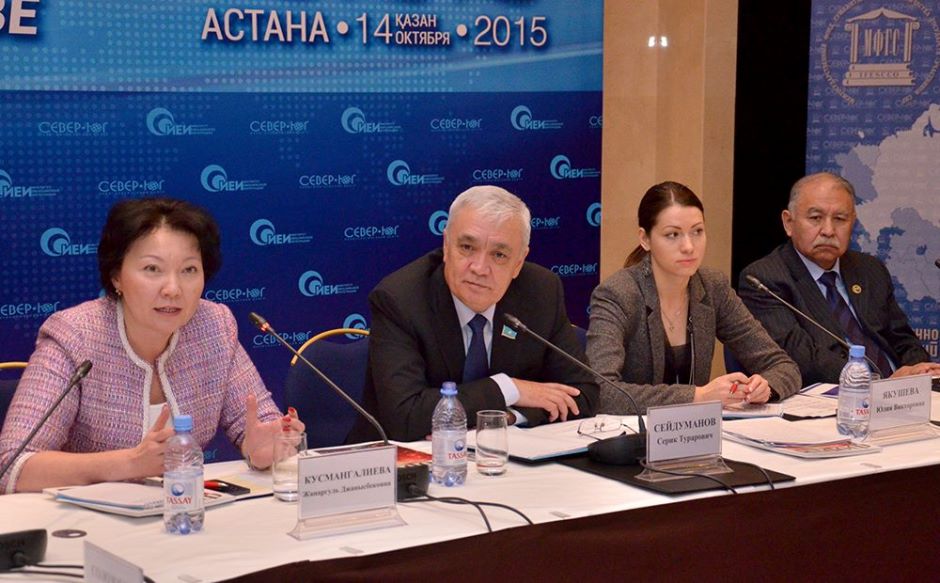 The program included four discussion panels: «Eurasian space — the unity in the flow of time», «70 years of UNO. Yalta — Potsdam system and the modern world order», «Mechanisms of preserving the historical memory of the CIS», «The recent history of post-soviet states: methodology and practice». A round table was held on cooperation and collaboration of the national historical schools of the Eurasian space countries. 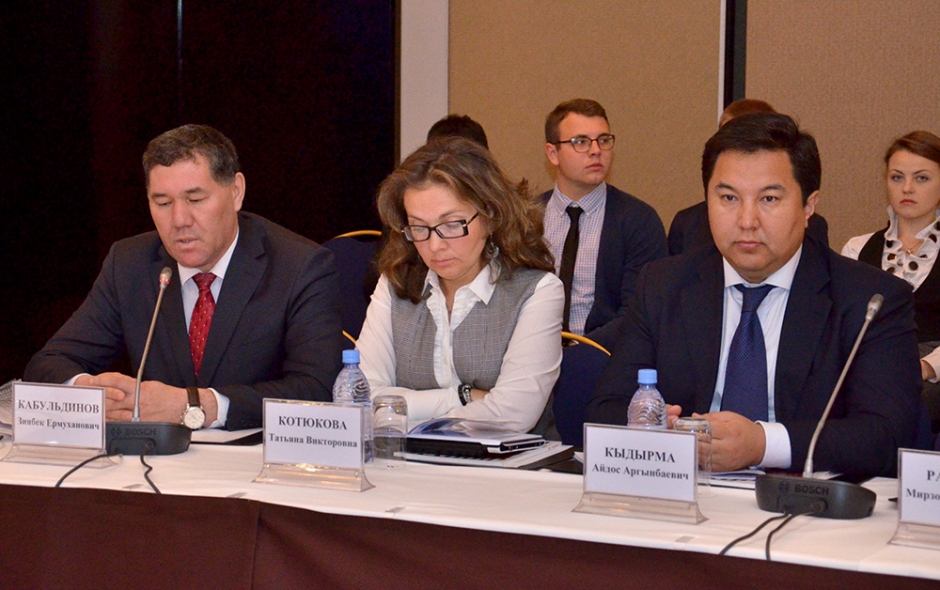 Thus, a suggestion about establishment of Eurasian historical society which will represent an organization with the branches in each country — participant was made on the first discussion «Eurasian space — the unity in the flow of time», also it was suggested to create the Eurasian annual calendar of memorable dates which will involve joint celebration of all historical events of the countries-participants.

Scientific Secretary of the National Congress of historians, Doctor of Historical Sciences, professor Kabuldinov Ziyabek Ermukhanovich noted the formation of multi-ethnicity of Kazakhstan in his speech. 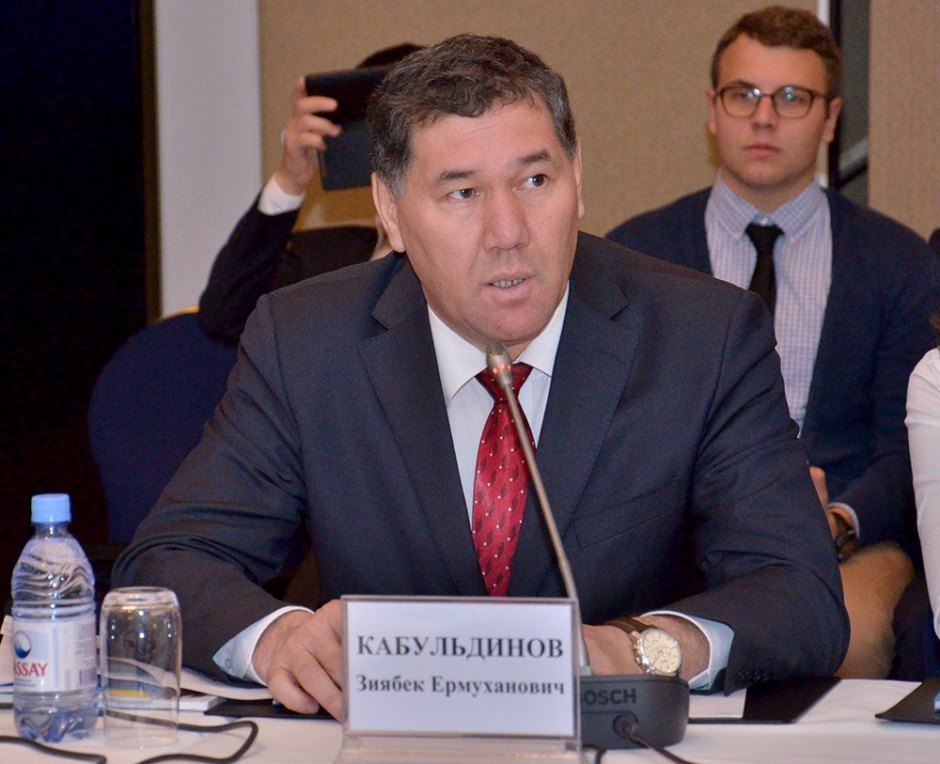 -Kazakh people as heirs of the great, steppe, nomadic and semi-nomadic civilization possessed unique qualities of tolerance, transparency and diplomacy in relation to other ethnic groups and people, what is difficult to observe from other countries of the world. This probably explains the peaceful settlement of Eurasians on Kazakh land, we should remember this fact.

Nation-forming Kazakhs is a nation, which was able to absorb the fragments of different people and countries in peace and the absence of dictatorship. Kazakhstan as a multicultural country differs from other countries of the world in terms of formation poly-ethnic state in a unique way.

Polyethnicity was formed during the military actions, diplomatic consolidations, illegal deprivation of statehood in some states, and it was formed in unique circumstances in Kazakhstan, when a few million people were on the territory of Kazakhstan against their will, during mass exiles, political deportation, political repressions and et cetera. Only in 30s-50s there were more than two million people in Kazakhstan. Therefore, those people who were exiled to Kazakhstan know the value of friendship, hospitality, tolerance, sociability and humanity of Kazakh people. Thus, Kazakhstan was predicted inter-ethnic chaos and mess in the 90s, but despite we got a peaceful, Eurasian and tolerant country which declares itself to the whole world- Kabuldinov Ziyabek Ermukhanovich said.