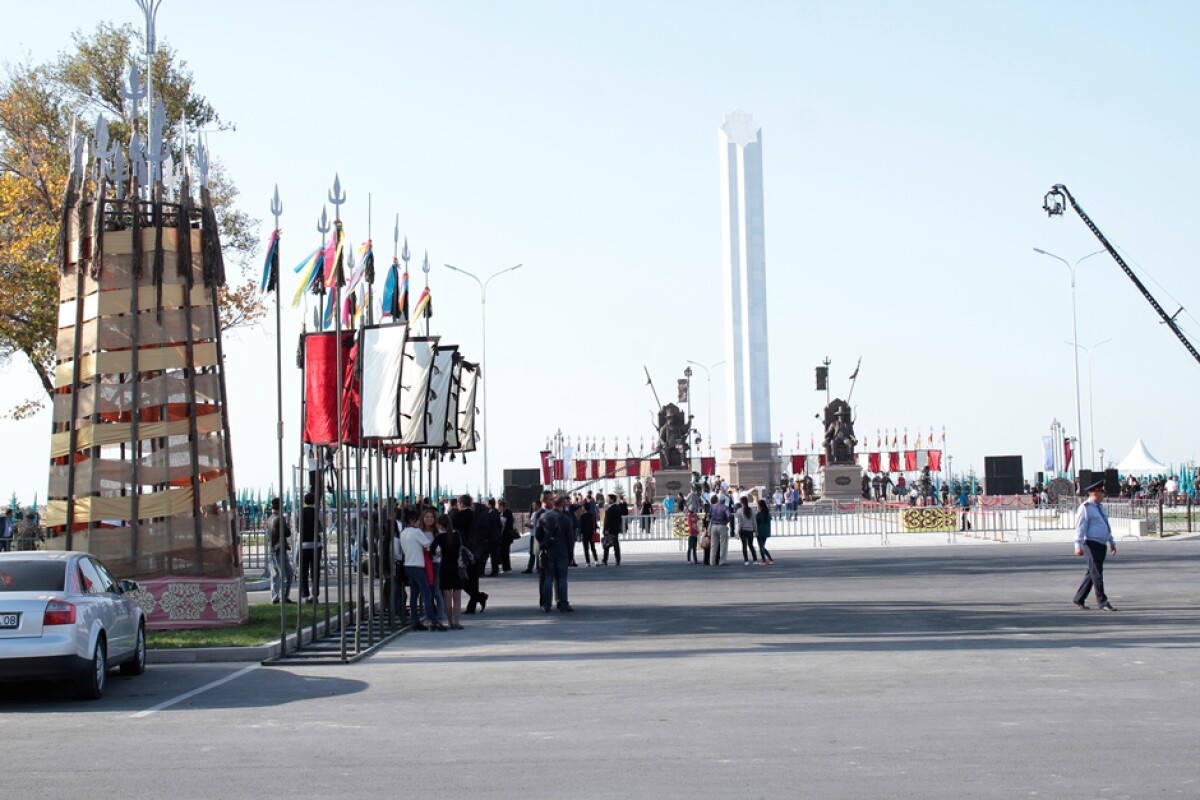 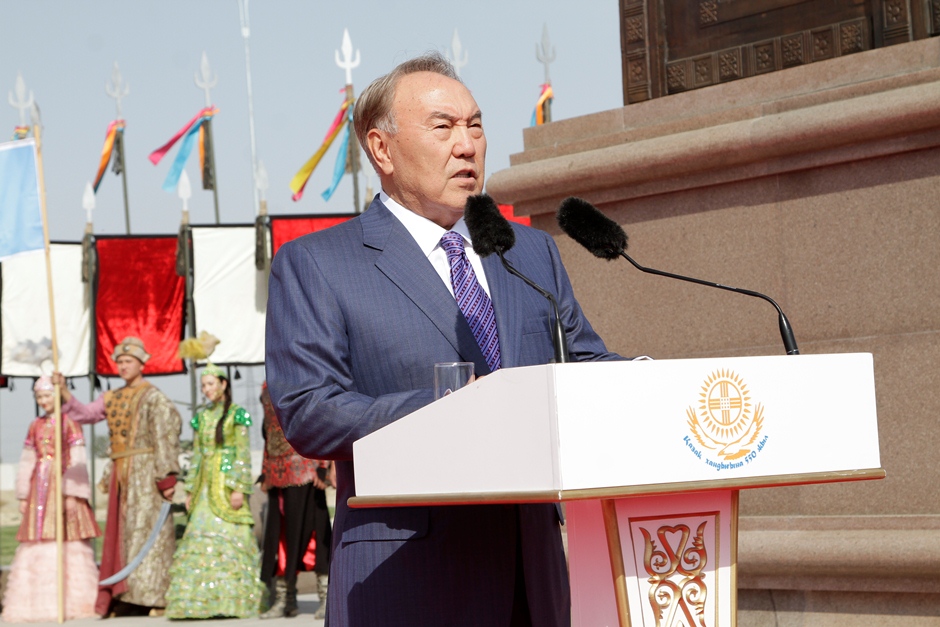 During the ceremony the President of Kazakhstan laid flowers to the foundation of the monument and gave a congratulatory speech. The Head of the state congratulated everyone on the 550th anniversary of the Kazakh khanate by noting the importance of festive events which began in the capital and continued in Taraz. In addition, he noted the principles of the unification of the people of Kazakhstan.
“We celebrate the 550th anniversary of the Kazakh khanate, and, therefore, say that the history of the Kazakhs and our land has deep roots as other nations. This holiday is celebrated by everyone who lives in our country, our citizens are the representatives of any ethnical groups with which we became the single nation and brothers. Today, the notions of Mangilik El (“Eternal country”) and Uly dala (“Great steppe”) are the synonyms of the development, steadiness of our state”, said the President. 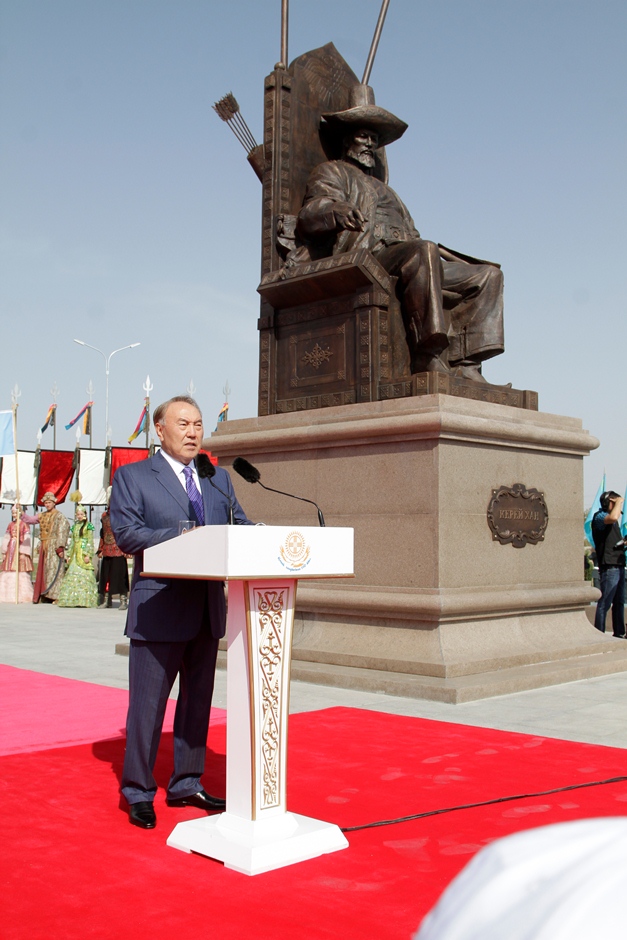 Besides, the Head of the state thanked all the regions and countries which contributed to the celebration of the 550th anniversary of the Kazakh khanate.
“For the celebration, the city of Taraz was given a new look. In that occasion all the regions of Kazakhstan participated, for what we are expressing the gratitude for them. It became the evidence of the adherence of the present generation to the ancestors’ behests, reverence of the spirit of the Great steppe. We thank the guests who came from seventeen countries”, said the Head of the state.
Also, the Head of the state noted that in Zhambyl region the representatives of more than 100 ethnic groups live in friendship and accord.
“Any celebration is used by us to make more for people. In the world the explosions of instability, conflicts, wars are evident, whereas, in our country all the people live in peace and atmosphere of mutual respect. Kazakhstan is known and esteemed by other countries of the world. Our country acts as the intermediate in the conflicts solution, carries out the Meetings of the leaders of world and traditional religions. All that was achieved owing to the unification of our people”, the President of Kazakhstan said. 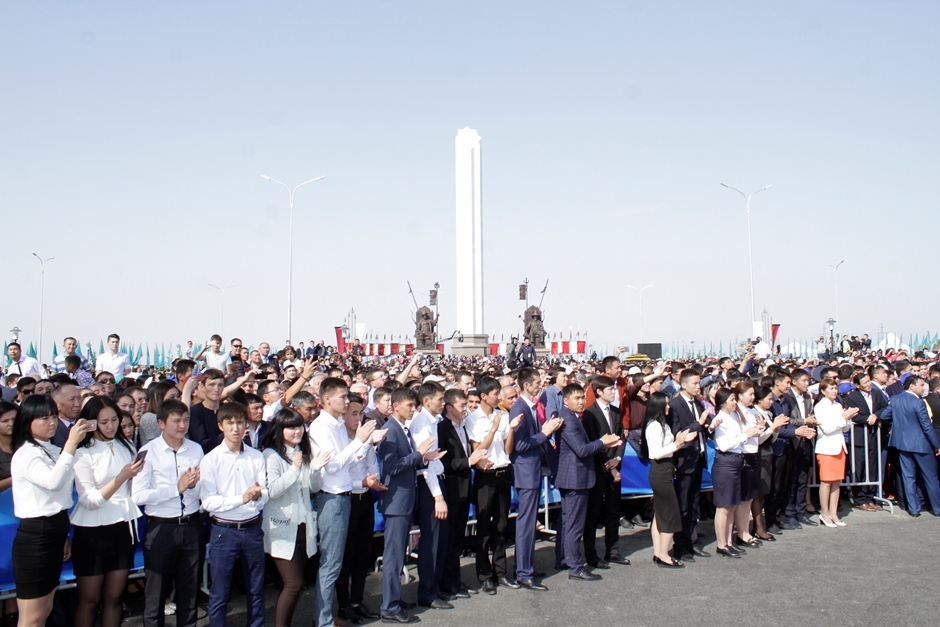