Home News The Hunt for Nazi Spies in western Qazaqstan

The Hunt for Nazi Spies in western Qazaqstan 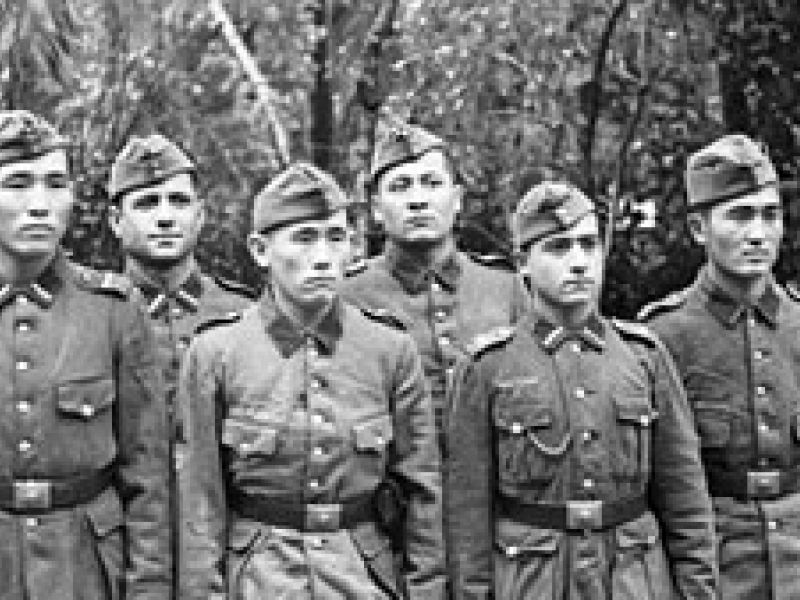 During the Second World War, in addition to fierce fighting on a battlefield, there was a hidden and large-scale war at home, even if it was considered that Qazaqstan was far away from fighting front

It was a war that was launched by the “Abwehr”, the German military intelligence service. (It functioned between 1920-1945). Its opponent was the Soviet counterintelligence service the “Smersh”, which literally meant “Death to the Spies!”

Having lost the battle of Stalingrad and not being able to change the course of the war on the battlefield, the Nazis began to send scout saboteurs to Qazaqstan more often in order to inflict as much damage as possible on the USSR and try to sow discord and split the country.

In 1942, twenty thousand agents were sent to the USSR for military or espionage purposes. Not all of these people were desperate traitors and thugs. Many of them expressed their wish to be a scout saboteur just not to be sent to Nazi concentration camps. This explains the fact that most of them upon arrival in their Homeland went to the NKVD organs to throw themselves on their mercy.

From 150 intelligence and sabotage groups prepared in the period between October, 1942 – September, 1943 by the “Abwehr”, just two groups returned to Germany.

Preparation of scout saboteurs was carried out from prisoners of war in 60 intelligence schools on a national basis. There were: Russian groups, Ukrainian groups, Asian groups, etc. Since the creation of the Turkestan Legion in 1942, 250 prisoners of war from Central Asia and the Caucasus had been trained in special tactics in the rear, parachuting, radio, handling weapons and explosives. The Nazis intended to raise a revolt in Central Asia under the pretext of a struggle for the liberation of Muslim people.

A fortuitous turn of events could lead to a significant weakening of the offensive power of the Red Army, since the Soviet command would have to transfer some forces against the rebels to Qazaqstan. Therefore, the Nazis had high hopes for the “legionnaires”.

On August 21, 1944, a plane with six paratroopers on board, trained in the intelligence school in Breslau, flew from Mariupol. At night they landed on the territory of the Novobogatinsky (now Isatai) district. The next day, all members of a detachment arrived at the local communication center, announcing their intention to surrender to the Chekists.

They reported to the NKGB officers that in their school two more groups were preparing to be sent to Qazaqstan, exactly to the Guriev (now Atyrau) region. However, as it turned out later, the group of scout saboteurs had in mind to surrender to the Soviet authorities, too. On August 24, all of them were detained. Two days later, another sabotage group was dropped on the territory of the Kurmangazinsky district. All members of the group came on the same day to the Chairman of the Village Council to surrender. The sabotage group included residents of Guryev (Atyrau) and other regions of Qazaqstan.

On the night of May 3, 1944, a plane slowly flew over Guryev (now it is a town, situated in the Western Qazaqstan, called Atyrau). The airport duty officer Stepanov identified the enemy aircraft and informed the Regional Department of the NKGB.

And on May 6, in the area of “Peshnoy” peninsula, the Luftwaffe aircraft (the Luftwaffe was the aerial warfare branch of the Nazi German military forces during the Second World War) attacked steamboats the “Proletarskaya Kommuna”, the Kalinin” and the “Rosa Luxembourg”. On the above-mentioned days, the same aircrafts were spotted by policemen over industrial facilities in Zhylyoi district. The Chekists suspected that scout saboteurs might have landed, and they were right. A search group headed by Ivan Goncharov was sent to the specified area.

The worst predictions were confirmed, the scout saboteurs really landed twice - on May 3 and May 6. Both groups joined on May 7 in one detachment with a total of 14 people. The commander was Lieutenant of the Nazi-German Army Alikhan Agayev (his true name was Amirkhan Tleumagambetov), who worked as an agronomist in the Zhylyoi district before the Second World War.

All members of the team were trained at the Ulkenwald Intelligence School, located 60 kilometers away from Berlin. Besides that, more than 50 cadets under the leadership of Alikhan Agayev, after 8 months of training at the Intelligence School, undertook “work experience” in northern Italy in the fight against local partisans. Their task was to organize rebel activities in the Western Qazaqstan. For the elimination of the group, the regional Chekists organized a search group, consisting of 16 people. 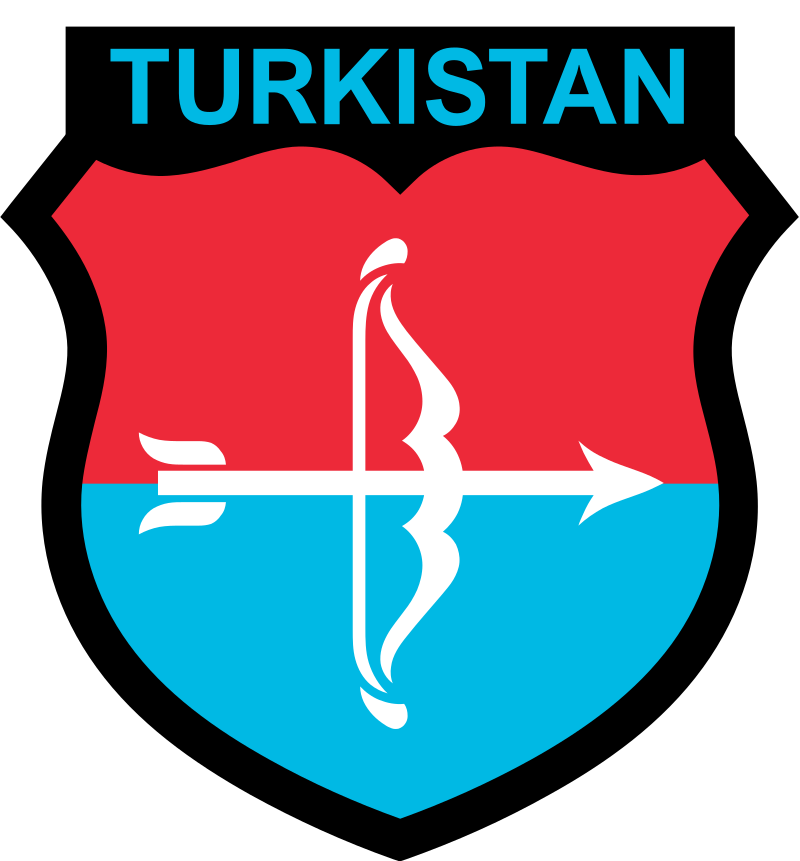 Zhylyoi district was not chosen by the enemy by accident. Its geographical location, there you can find forests, rivers and mountains with caves made this place very attractive for the enemy forces. In addition, settlements where people lived, located at a great distance from each other.

When two traitors, disguised as Red Army men, walked around the villages, buying food, they met a brigadier of the Kirov collective farm, 60-year-old Baizhan Atugaziyev. He traced them and warned the security officers. As a result of a collaborative work of population and security bodies, both of the scout saboteurs were detained. But later, the remaining saboteurs caught Baizhan Atugaziyev and took him with them as a guide. Baizhan Atugaziyev, realizing that the enemy would not leave him alive, led the traitors into pathless sands. When Alikhan Agayev realized that he personally shot him. By this time, the search groups from the district center and the region were reunited and followed the group of Alikhan Agayev. The Chekists managed to capture several members of the enemy group, who said that Alikhan Agayev was furious over his failures, was going to change the plan prescribed to him by the Nazis, and to go to Guryev (Atyrau) and commit an act of sabotage there.

On May 19, in the area of the third oil refinery, the scout saboteurs were surrounded, and after refusing to surrender, they were killed in battle, including Alikhan Agayev. The last two saboteurs, who managed to escape, were detained on May 24 in the Makat district on the bank of the Kainar river.

The result of the operation was: 5 saboteurs killed in battle, 9 taken prisoners, 29 small arms, 3 radio stations, more than 3 thousand anti-Soviet leaflets in Russian and Qazaq languages, a portable printing press, fonts, paints, cliches of anti-Soviet caricatures, 130 clean forms, stamps to make official documents, 660 thousand Russian rubles. Besides that, in the breast pocket of Alikhan Agayev, there were two lists: one of them contained information regarding people, who were attracted by Alikhan Agayev for cooperation with the intelligence agencies of fascist Germany, and the other was a list of 263 Turkestan legionnaires. The lists were written by his own hand. The surviving radio operator from Alikhan Agayev’s group by the end of the Second World War provided the “Abwehr” with disinformation dictated by the “Smersh”.

One day the “dummy” radio operator urgently asked the Nazi command center in Berlin to send help and appointed the place. July 9, 1944 three spies with money and details for the radio arrived at a specified place and were caught by UNKGB personnel. For the successful elimination of Nazis spies in 1944, a group of employees of the UNKGB was awarded orders and medals.

This was the end of the most adventurous and absurd operation of the Nazi-German intelligence service, carried out during the Second World War. Developers and managers of the operation got a strict official reprimand for their failure and people, who directly performed it, paid their lives.

The plan of the Nazi-German intelligence service failed because instead of the expected support from the “elements dissatisfied with the Soviet power”, the saboteurs headed by Alikhan Agayev faced unwillingness of the local population to cooperate with them and even to help them. Moreover, thanks to the local population, the search groups of the NKVD were able to detect saboteurs.

There are only archival documents about the events described above. Locals drive tourists to a cave in Mount called Imankar, where a group of scout saboteurs, headed by Alikhan Agayev had to spend the night. Countrymen of Baizhan Atugaziyev established a monument on his grave to him.

Author: Aizhan Abilda
Use of materials for publication, commercial use, or distribution requires written or oral permission from the Board of Editors or the author. Hyperlink to Qazaqstan tarihy portal is necessary. All rights reserved by the Law RK “On author’s rights and related rights”. To request authorization email to mail@e-history.kz or call to (7172) 79 82 06 (ext.111)
Қазақша Русский English
MOST READ
Week Month Year
History in Symbols Love and Marriage Story of Sabit and Maryam Gabit Musrepov is a man, who was born under a lucky star History of Wusun State and Yuezhi tribe Images of Women in the Works of Qazaq Poets-Zhyrau Nurgissa Tlendiyev. Principal Conductor of Kazakhstan President of Kazakhstan took part in the opening ceremony of celebrations dedicated to the 175th anniversary of Abai Kunanbayuly THE GREAT SON OF THE GREAT STEPPE What was the composition of the country’s Supreme Soviet of the XII Congress Year of Mouse in the history of Kazakhstan Abdurakhman Aitiyev and his struggle Ydyrys Mustambayev. Defender of Abai and Magzhan

Materials on theme
The history of a hundred auls: aul of Kazhymukan
Personalities in history: North Kazakhstan
As the British raised industry in Kazakhstan
Binder of time