Home News History in 5 minutes Was Kyzylorda a capital of Qazaqstan by mistake?

Was Kyzylorda a capital of Qazaqstan by mistake? 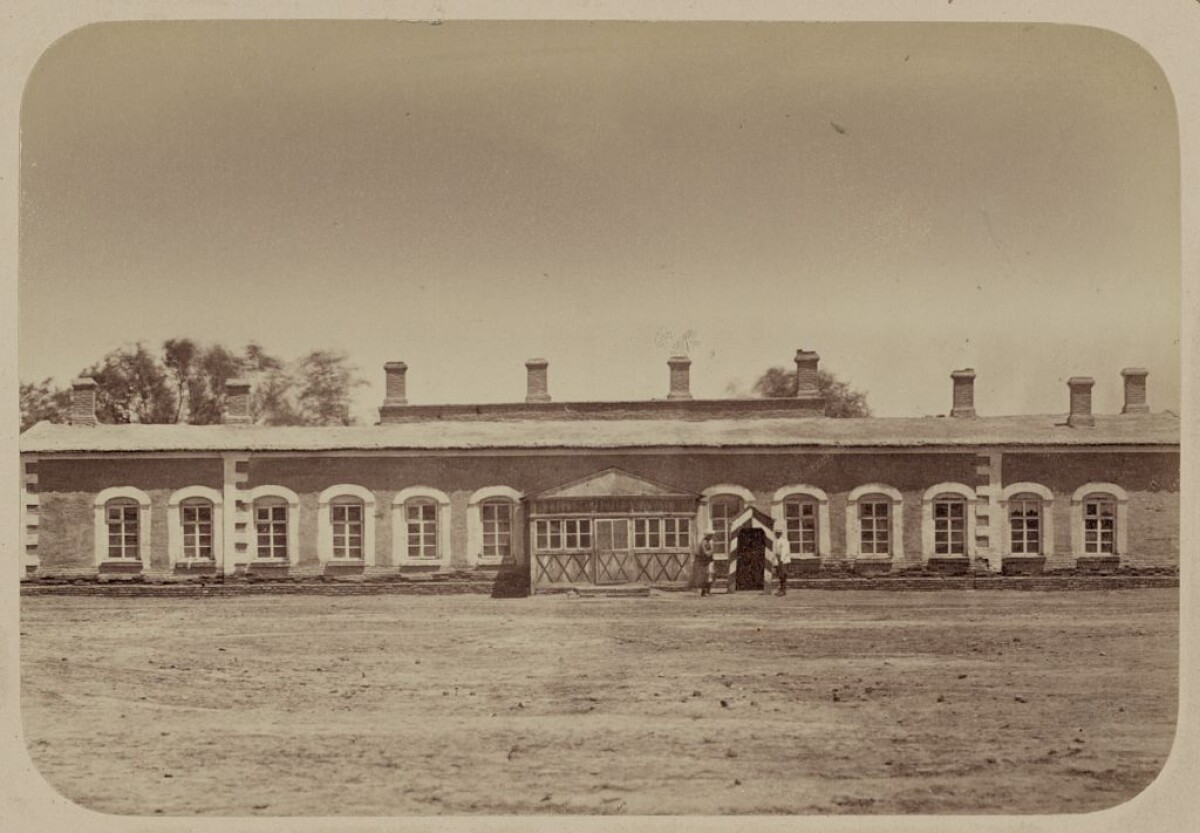 In the period between 1925 - 1929, Kyzylorda (in translation from Qazaq means “The Red Capital”) was the capital of the Qazaq Autonomous Republic within the RSFSR. The political and cultural life of the country was concentrated here; prominent political and state officials of Qazaqstan used to live and work at that place.

The history of Kyzylorda goes back to 1818, when the Kokand Khan Omar built a fortress called Akmeshit (in translation from Qazaq means “A White Mosque”) on the left bank of the Syr Darya River. The fortress, is located at the crossroads of important commercial and strategic axes.

Kokands, living in the fortress often raided small Qazaq auls (an “aul” means a village in Qazaq language), they used to steal their cattle and take people as slaves. Independent small Qazaq troops tried to fight with the Kokand conquerors, but all their attempts were in vain.

The removal of the center of the Soviet Qazaqstan to a small place called Akmeshit (Kyzylorda) was made by the decision of the Qazaq (Kyrgyz) Central Executive Committee on February 9, 1925. It was a major turning point in the history of the country. In comparison with Orenburg, the largest number of people, who lived in Akmeshit were Qazaqs (more than 90%). At present moment, it is believed that the leadership of the country in the face of Sultanbek Kozhanov and Smagul Sadvakasov in making decision regarding Qazaqstan’s future capital put national interests first.

A governmental commission on a transfer of the capital of Qazaqstan arrived at Akmeshit on February 23, 1925, The commission began large-scale work on the transfer of the capital. Its members examined residential and non-residential premises and buildings, the area around Akmeshit. The Commission came to a conclusion that there were few number of buildings and accommodation in the city acceptable for institutions and their personnel and most of them needed a major maintenance. It was expected that 49 institutions and 1,150 employees would move to Akmeshit. The commission was forced in a short time to organize repair works of the buildings.

There was a great shortage of housing in Akmeshit. Non-residential properties like tack-rooms, separately standing kitchens and bathhouses were adapted for living places and working offices. A housing shortage made the commission to come a decision to resettle local people from their houses to another places, sometimes conditions at those places were much worse, than they had.  Instead of them newcomers arrived. 98 buildings and 1,500 housings were under a major maintenance. It should be noted that a lot of institutions came to Kyzylorda before the Government to be able to prepare the work of their offices accordingly.

The governmental bodies’ staff of all levels encountered with problems, related to provision of sufficient and appropriate amenities. There was not electric lighting or water supply in the city. The situation was particularly alarming with regard to neglect of sanitation and inadequate attention to pollution from urban waste.

Construction works in Kyzylorda ended by the end of the autumn of 1925. First of all, buildings for state and soviet apparatus, schools, hospitals and housing for civil servants were built. All issues, related to construction works in Kyzylorda were raised on the highest levels: on national and supranational. The issue, related to Kyzylorda planning and its urbanization was a priority issue on the agenda of those days. The initial stage of the construction works was the hardest one due to shortage of financial funds for building, appropriate materials as well as labor force.

Soon after the transfer of the capital, it became clear that living in Kyzylorda was hard: it was incredibly cold in winter, hot in the summer, it was very dusty in the city, people suffered from different diseases, like tuberculosis, malaria. Besides that, construction works were carried out slowly.

On the basis of the above-mentioned causes, 17 members of the All-Union Communist Party, including Goloshchekin, Isaev, Nurmakov, Sadvokasov, Tatimov, Kuramysov, Ryabokon, Dzhangildin met in Alma-Aty on February 23, 1927 and listened a report of the First Secretary of the Communist Party of Qazaqstan Philip Goloshchekin about his last visit to Moscow. Taking into consideration of outcomes of the visit to Moscow they decided to stop further building Kyzylorda and “agreed to remove the capital of the autonomous soviet republic to Alma-Aty”.

It was not mentioned whose decision exactly it was to remove Qazaqstani capital, but later Aspendiyar Kenzhin, who headed the Commission on removal of the center of Qazaqstan from Orenburg to Kyzylorda, made reference to Moscow. The transfer of the capital to Kyzylorda cost the state budget about 7 million rubles.

In 1928, the Commission on Investigation of the Construction of Kyzylorda found violations in the work of the Commission, headed by Aspendiyar Kenzhin. He was accused of illegal municipalization of housing of the population, which caused the anger of the people. In addition, “during the repair work, carelessness and mismanagement were demonstrated: the work was done without a plan and cost estimates, most of the work turned out to be of extremely poor quality — the furnaces did not heat, the floors were cracked, etc. The cost of repair works in some houses was extremely high, sometimes reaching the cost of the house itself, and sometimes exceeding the actual costs by five times”.

Aspendiyar Kenzhin defended himself, stating that in 1924 the question of removal of the center was political - it was important that the capital be in the place where the largest number of indigenous people of Qazaqstan – Qazaqs live, since the Orenburg gubernia, where Orenburg city was located, was to be part of the RSFSR starting from 1924. The government proposed to find an appropriate city in 10 days and draw up proposals where it was possible to move in five and a half months. In accordance with the instruction, the Commission made a hastily examination of Kyzylorda within 10 days and after four months moved.

In 1928, a visiting session of the Supreme Court of the RSFSR conducted an open trial, one of the first in the Soviet Union to control the work of the technical intelligentsia. A. Budassi, S. Goldgor, I. Markushevich, S. Bagrakov and M. Tynyshpaev were on the dock. By this process, party officials covered their own incompetence in choosing the place of the capital, unjustified costs of enormous funds and a glorious muddle.

The trial was held in the club of railway workers with a large confluence of the “proletariat of the capital”, which condemned the “former nobles”, “former engineers” with shouts, demanding their execution. This is how “The Soviet Steppe” newspaper commented on this process daily.

However, the above-mentioned people survived: at that time repressions were not so merciless - some of them were acquitted, and Budassi after being in prison, release and re-trial was exiled to the camp to build the White Sea-Baltic Canal.

Joseph Stalin defeated the intelligentsia existed and after removal of the capital of Qazaqstan to Almaty started its building as if nothing happened before. All-Union contests for the construction of many big objects were announced, experts from Moscow and other big places were invited, but there were quite a few exiled ones.