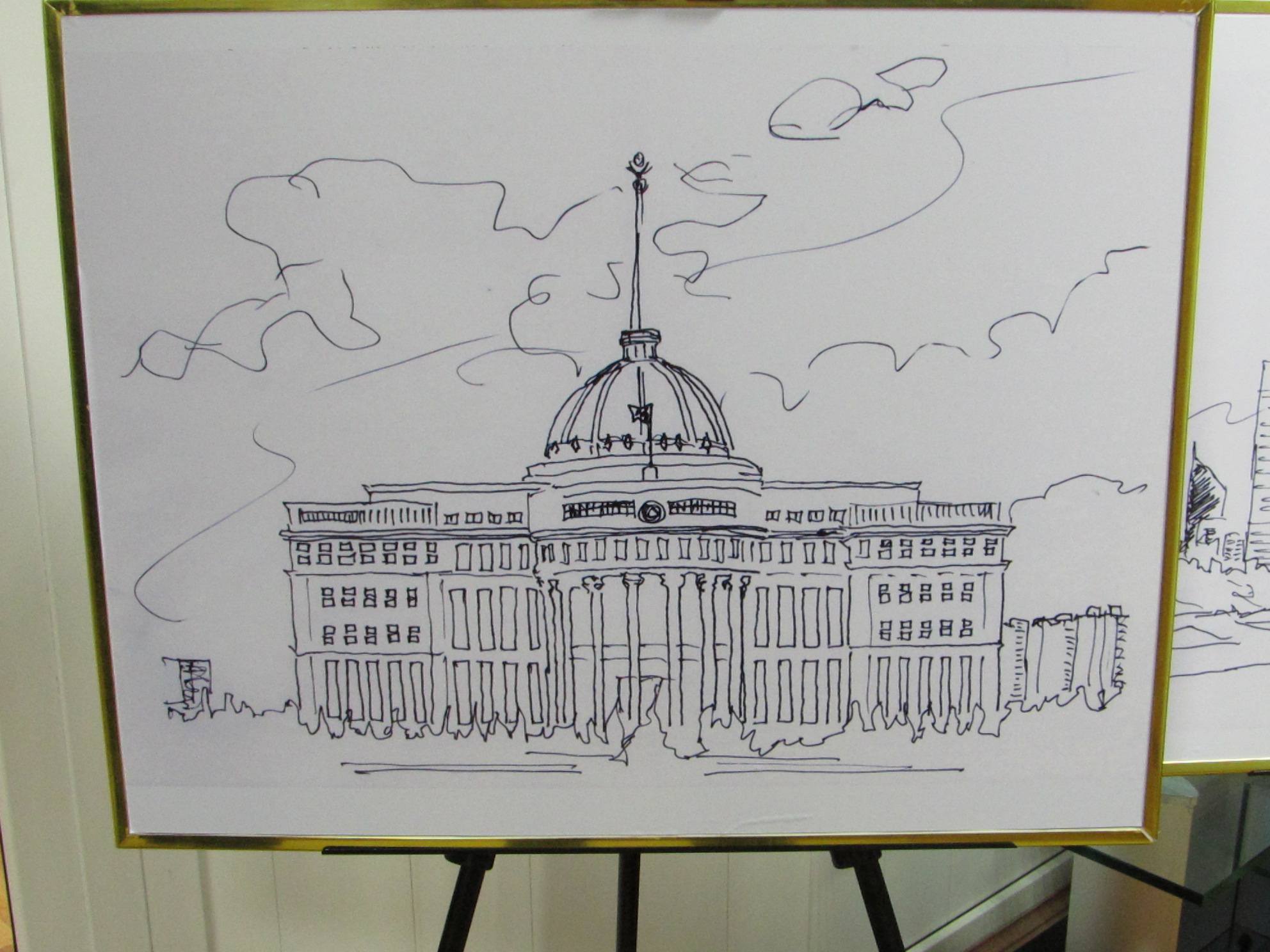 The proclamation of state independence of Kazakhstan has become a new historical stage in the life of the country. The initial period of the sovereign state in the 90's of the last century coincided with the time of cardinal transformations of economic, political and social relations, these were "... special years in the heat of passion and emotion. These were the years when the most important decisions were made, on which the further development of our state depended, when one wrong decision could significantly change the trajectory of the country's movement," noted the President of Kazakhstan N.A. Nazarbayev. One of the most important events of this period is the transfer of the capital of Kazakhstan.

The strategic initiative to create a new capital belongs to the Head of State and was put forward by him in the first years of independence, in 1992. Then "the realities of the present and a whole series of geostrategic factors made us take a new approach to the process of forming our own geopolitical space." In 1994, at the meeting of the Supreme Council of the Republic of Kazakhstan, the idea of ​​transferring the capital was first officially announced, which resulted in the adoption by the country's deputy corps of the Resolution "On the transfer of the capital of the Republic of Kazakhstan".

A significant amount of documents recreating the historical retrospective of the transfer of the capital of modern Kazakhstan is contained in the National Archives of the Republic of Kazakhstan. The utmost use of this informative content allows not only to recreate the history of events, but also to convey the authentic atmosphere of the historical era. Thus, the documents of the Office of the President and the Cabinet of Ministers of the Republic of Kazakhstan "The State Commission of the Republic of Kazakhstan on the redeployment of higher and central state bodies to the city of Akmola" (created by the Presidential Decree as of September 15, 1995) are of particular importance for researchers of the problem of capital transfer. This fund contains correspondence of the State Commission with the Government of the Republic of Kazakhstan on the implementation of priority measures for the postponement of the capital, including: documents on the development of the State program of priority measures for the transfer of the capital of Kazakhstan from Almaty to the city of Akmola, plans for the redevelopment of the capital in Akmola, activity reports, housing need tables, tables of basic data on the relocation of ministries, costs for the reconstruction of buildings, etc. Daily activities of the state commission, the tight schedule of work, the tight schedule of redeployment are reflected in the Minutes of the meetings of the State Commission, which dealt with urgent problems of transfer, starting from the question “... reducing the train time from Almaty to Akmola from 24 to 16-18 hours and increasing the frequency of its movement”, organization of coordinated work of government agencies on redeployment. At the meeting of the Commission as of November 11, 1995, a general list of higher and central authorities was approved for moving in the near future. Then a list of the highest and central bodies of the redeployments to be redeployed at the first stage was published, as well as a list of buildings for their deployment. There are 28 organizations in total, including 11 ministries and 4 committees.

The Ministry of Transport arrived to the city in December 1996 as the pioneer of the move to Akmola; however, at the initial stage of the transfer, civil servants faced an acute shortage of housing, office space for the relocated ministries, so it was necessary to occupy existing buildings, to agree with the proposed options. So, according to the First Deputy Minister of Economy Zh. Yertlessova: "During January-February 1996, the working group made a reception and transfer of the building of the Tselinny branch of the Kazakh Research Institute of Agricultural Economics from the balance of the Economics Research Institute to the balance of the Ministry of Economy of the Republic of Kazakhstan. However, the issue of accommodation in the building of the Regional Trade Union Council was not resolved to the end; an agreement was reached only for the rent of the 1st floor and the assembly hall in the building of the Akmola Regional Trade Union Council.

At the same time, it became obvious that the new capital required full-scale construction. In this regard, the Government instructs the State Commission in the Program of priority measures to move the capital, paying special attention to large-scale housing construction. During the development of the Program, the Akimat of Akmola was instructed to "... within 10 days to submit to the Commission's Office data on the cost of one square meter of the total area of ​​residential buildings built and designed this year in the city of Akmola in the context of major contractors and customers, as well as types of houses." The request was all the more relevant, because in connection with the acquisition of the capital status, increase in house prices began. If in March-April 1997, according to the regional department for appraisal and registration of real estate, the average price per square meter was $ 150, but in July it was already 250-300 dollars.

As the further course of events related to the transfer of the capital showed, for quite objective reasons already in the period 1997-2000 there is a rapid development of the former regional center, at this time the population of the city is growing rapidly, the rapid construction of the new capital is under way. As of 1998, the total land area of ​​the city of Astana was 25.7 thousand hectares. In the general plan, the total area of ​​land use is 71 thousand hectares. Now the task was to find a rational solution for the construction of this vast territory, which in general corresponded to the grandiose scope of the planned large construction. 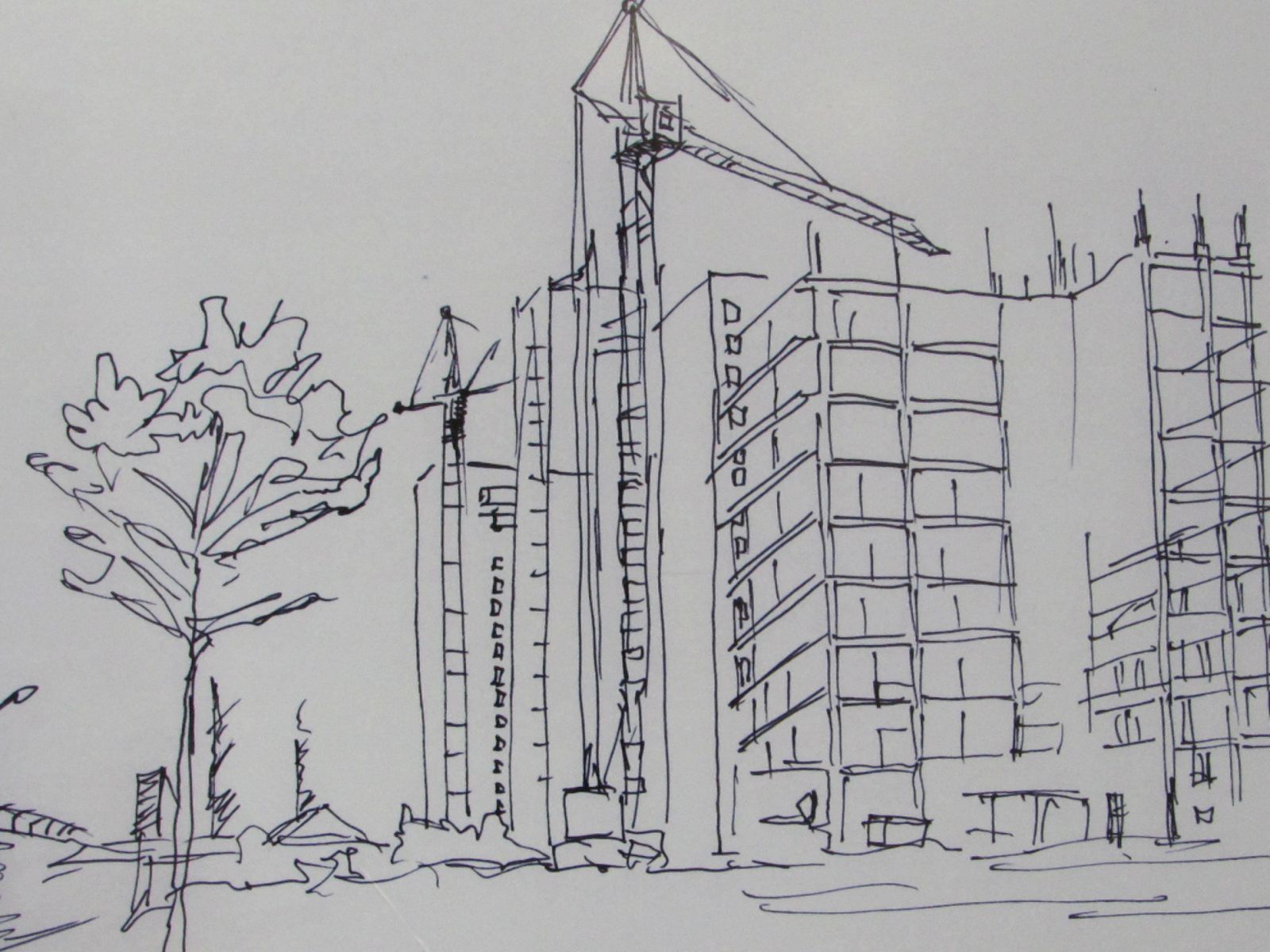 50 participants from foreign countries and the CIS showed interest in the competition. In total, 40 applications were sent. Of these, 9 were from Kazakhstan, 5 from Russia, 3 from the Czech Republic, 2 from Belarus, Ukraine, Pakistan, Kyrgyzstan, Italy and Bulgaria. One application was sent by teams from Japan, Australia, Uzbekistan, Germany, France, USA, South Korea, Great Britain, Latvia, Poland and the UAE. The following task was set before the contest participants: "In search of the image of the new center of the city of Akmola, it is necessary to find a solution corresponding to the status of the capital of the Republic of Kazakhstan, taking into account natural and climatic factors and national peculiarities."

The winner of the competition was the project of the famous Japanese architect Kisho Kurokawa who started the construction of the capital in the style of "Hi-tech". It was a completely different architecture, the architecture of the new XXI century. At the same time, the new capital very organically blended into the vast expanses of the steppe space, embodying the philosophical concept of the Master Plan, as a symbiotic and metabolic city "Synthesis of the old city of Akmola and new development of the capital of Astana". Modern researchers of the problem note: "The methodological inversion of such metabolic architects as Kenzo Tange and Kisho Kurokawa is to call to realize that there are no "eternal cities" and therefore it is necessary to focus on adapting to changes, and not to try to preserve the "eternal" samples of urban planning history.

The National Archives also contains documents and materials that recreate all the ups and downs of creating a "green belt", which was to become an important component in confronting the harsh climate of the "northern capital". Archival documents show that active work on its creation begins already in the first years of the transfer of the capital. So, on May 2, 1996, at a meeting with the Chairman of the State Commission for Relocation of State Bodies, M.N. Makievsky considered the issue: "On the allocation of land plots in the city of Akmola to the Forestry Committee for the organization of tree nurseries, forest belts and forest plantations, and it was also recommended to start practical work on organizing tree nurseries, creating windbreak forest belts, and increasing the area of ​​forest park plantations."

As a result, a special decision of the Akim of Akmola oblast is made to divert the land to the Forestry Committee under a forest nursery of 100 hectares in the Shubary state farm in the Shubary tract bordering the state fund. The documents characterize the activities of the Forestry Committee of the Republic of Kazakhstan, which not only responsibly approached the tasks set, but tried "to accelerate the solution of the issues on the creation of the green zone of Akmola." In general, as a result of purposeful activity during 1997-2016 a green zone was created, the area of ​​which was 75.1 thousand hectares, of which 14.8 thousand hectares were located within the city limits.

The transfer of the capital put to the agenda issues related to the redeployment of the Ministry of Foreign Affairs and diplomatic missions to the city of Akmola. However, diplomats slowly moved to Akmola, fearing a severe climate. At the same time, according to archival documents, as early as 1996 representatives of the Embassies of the Republic of Uzbekistan, Georgia, the Russian Federation and the People's Republic of China and local authorities made a choice of land plots in the city of Akmola to accommodate these diplomatic missions.

At the current stage, Astana has more than 50 embassies, consular offices and representative offices of international organizations that have diplomatic status. The head of state stressed: "Today, most foreign embassies are located in Astana, working fruitfully to strengthen and expand bilateral relations of their countries with Kazakhstan. The move of the diplomatic corps became a collective act of international recognition of our new capital."

The idea of ​​transferring the capital was first promulgated in 1992, a year after the nation-wide election of N.A. Nazarbayev as the President of the Republic of Kazakhstan, and in the shortest time, literally within 4-5 years has been implemented. During this period, during the construction of the city of Astana, an enormous amount of work has been carried out, as evidenced by archival documents that serve as a reliable source, allow us to recreate an objective and complete picture of the historical events that took place. For twenty years the new capital of Kazakhstan – the city of Astana has really become the center not only of Kazakhstan, but of the entire Eurasian space.

Use of materials for publication, commercial use, or distribution requires written or oral permission from the Board of Editors or the author. Hyperlink to Qazaqstan tarihy portal is necessary. All rights reserved by the Law RK “On author’s rights and related rights”. To request authorization email to mail@e-history.kz or call to 8 (7172) 57 60 13 (in - 1163)
Қазақша Русский English
MOST READ
Month Year
Kazakh historical drama Tomiris premiered in Istanbul
ALASH IDEA IS THE PROTECTION OF KAZAKH STATEHOOD
Stolypin about the worries and hopes of immigrants to the Kazakh steppes
A tireless explorer of the Kazakh land
SWITCHING TO THE LATIN ALPHABET – UNITE ALL KAZAKH PEOPLE
Kunaev Dinmukhamed Akhmedovich
People who eat horses will kill you
Kazakhstan's participation in the Winter Olympics has a long history
Rebooting a field of science and education
Recorded history of Kazakhstan. Part 1
Historical Dates on the Bosphorus
Recorded history of Kazakhstan. Part 2
Materials on theme
Archive of North Kazakhstan oblast: experience of past and example of present
Public Movement in Kazakhstan after the October Revolution
On the Legendary Turksib railway
Kazakhstan in Middle Ages: Turkic Khaganate