Home News Public Movement in Kazakhstan after the October Revolution

Public Movement in Kazakhstan after the October Revolution 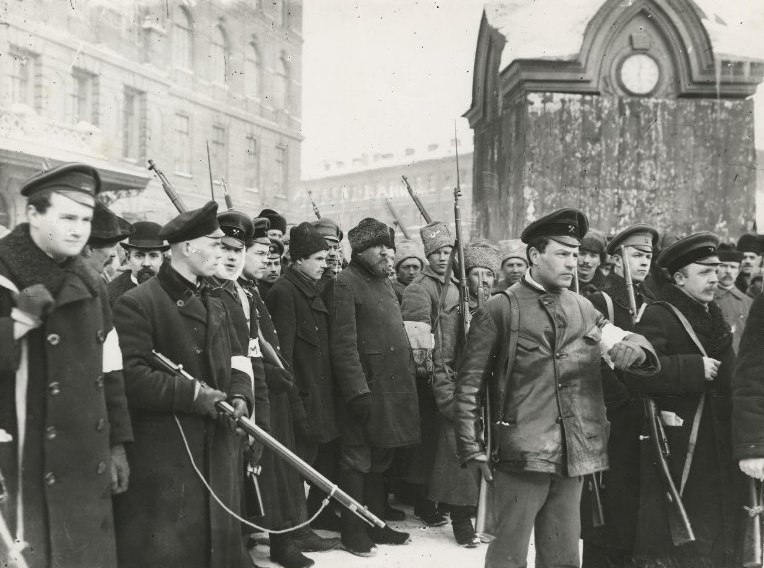 On this day, the rebels invaded the Winter Palace and overthrew the Provisional Government - the power passed into the hands of the Soviets.

The preceding February revolution in Russia was a large-scale event, followed by immediate reaction from all corners of the planet. The coup d'état was especially significant for the people of Kazakhstan. The civil activity of the public has increased. Indifferent youth began to join parties and other organizations in their ideological preferences. Teachers and students have united in the "Council of Democratic Students" in the city of Omsk, "Zhas Kazakh" in Akmolinsk, "Zhas zhurek" in the Spassky Plant, "Talap" in Petropavlovsk, “Zhanar” in Semipalatinsk, "Revolutionary Union of Kazakh Youth" - in the Merke of Aulie-Ata Uyezd and others.

At the initial stages of existence, youth associations set cultural and educational goals. But as events unfolded, they began actively expressing their socio-political views and looking at more serious problems. Some of the youth joined the Soviets, in particular the “Zhas Kazakh” organization, led by S. Seyfullin, as well as the “Revolutionary Union of Kazakh Youth”, headed by T. Ryskulov; others were impressed by the ideas of the national-liberal intelligentsia.

But the actions of the Provisional Government disappointed the local population - continuing the policy of their predecessors, it did not seek to solve the national problem, the land issue did not stand on the agenda, the national identification of other ethnic groups and especially the allocation of their autonomy was not the focus of the government's attention.

Soon Bukeikhanov left the Party of the Cadets, supporting the idea of ​​indivisible Russia, which was to be embodied in the constitutional monarchy. The public figure said this through the newspaper "Kazakh". Bukeikhanov was against the plans of the Cadets, according to which the land is transferred to private ownership. This process, in his opinion, could end only by the fact that the territory will pass to the neighbor, and the Kazakhs will remain with nothing and will turn into beggars. The Party of the Cadets did not accept the idea of ​​national autonomies, which also went against the plans of Bukeikhanov. In addition, he considered it necessary to separate the church from the state, but the Cadet Party was against it. These three items maximally shared the aspirations of the Kazakhs and the position of the Constitutional Democratic Party. Alikhan Bukeikhanov felt the need to organize his own party, which would represent the interests of the Kazakhs. His plans were embodied by the Alash Party formed in 1917. 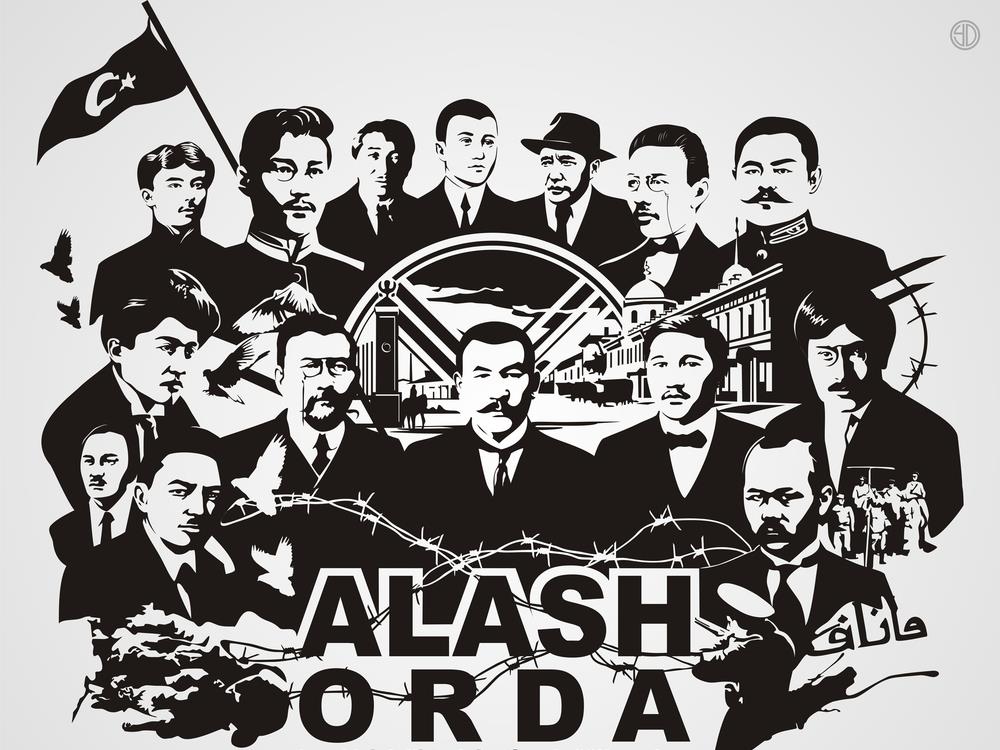 Members of the Alash Party worked on constitutional reforms that were supposed to touch on issues of universal right of suffrage on the basis of proportional national representation, equality of republics and nations, secularization (in a broad sense, that is, separation of church and state), recognition of the equal importance of different languages.

At the Second All-Kazakh Congress, together with the creation of the Alash autonomy, the Provisional People's Council – “Alash-Orda” was formed.

They set their priority goals:

Creation of territorial-national autonomy, which will include the regions of Bukey horde, Ural, Akmola, Turgay, Semipalatinsk, Syrdarya, as well as the Trans-Caspian region and the territory of Kazakh counties such as Fergana, Samarkand district, Amudarya department, adjacent Kazakh parishes of Altai Province. Autonomy should represent an integral territory with the predominance of the Kazakh population, a single culture, history and language. This territory with its water and land resources should be owned by Alash;

Ensure the rights of national minorities in the Alash autonomy, and in all institutions representatives of different nations should be represented proportionately;

To save the Alash autonomy from disintegration and anarchy, organize a temporary People's Council "Alash Orda". It should consist of 25 mandates, 10 members of the Council should be representatives of non-Kazakh nationality;

All executive power over the Kazakh population should belong to Alash-Orda.

In the fall of 1917, another national-political association, Ush-Zhuz, was born, positioning itself as the Kazakh Socialist Party. At the head of it was K. Togussov.

The members of the Party sharply contrasted themselves with the Alash Party members, who were called counterrevolutionaries, and supported the Bolsheviks and the Left "Socialist-Revolutionaries," between whom at that time they did not see any fundamental difference. They considered Alash leaders children of the rich, and the Ush-Zhuz Party members were of a simple origin, workers, illiterate poor, so it was especially important for them to support and protect the weak, help orphans and impoverished layers of the population.

By September 1917, leftist ideas began to prevail among the people, which prevailed among the population with increasing influence of the Bolsheviks, and the spread of their program requirements.

After the defeat of Kornilov’s counterrevolutionary movement, the Bolsheviks quickly began to gain popularity. The active Bolshevisation of the Soviets began. Again the slogan "All power to the Soviets!" resounded, which was temporarily forgotten during the July events of 1917. The slogan began to be of a fighting nature, calling for an uprising directed against the Provisional Government, to transfer power to the proletariat.

October 24 (November 6), 1917 in Petrograd, an armed uprising began. The next day, the rebels captured the main objects of the capital. On the morning of October 25 (November 7), the Military Revolutionary Committee announced that the Provisional Government had been deposed.

The victory of the Bolsheviks in the capital meant the establishment of Soviet power in the country, in large Kazakh cities the Soviets approved their government first in Tashkent, Omsk, Orenburg and Astrakhan. But the official establishment of the power of the Soviets in Kazakhstan lasted about four months - from the end of 1917 to March 1918. Obstacles to this were due to socio-economic problems, a low level of culture, and difficulties in establishing interethnic relations.

A significant role in achieving victory belongs to local garrisons united in the Soviets of Soldiers' Deputies and to former soldiers who returned to Kazakhstan after the February Revolution - they were personally interested in establishing Soviet power, because it promised them peace and the peasantry with land. The situation was complicated by the opposition of the military governments of the Ural, Semirechye, Siberian and Orenburg Cossack troops, as well as by the concentration of supporters of the Provisional Government in various parts of Kazakhstan (especially in Uralsk).

The Soviets approved their authority in the Syrdarya, Akmola region and Bukey Horde by peaceful means, since the Bolsheviks already had a considerable advantage. But another situation developed in the Turgay, Ural, and Semipalatinsk and partly in the Semirechye regions - on this territory the supporters of the Provisional Government had significant forces. In the regional centers and county cities, Soviet power was established using the armed forces of the Red Guards and Bolshevik soldiers of local garrisons.

For four years the Soviet power was established mainly in Kazakh cities and large settlements. In most Kazakh villages and auls, the struggle for the establishment of Soviet power was pending the outbreak of the civil war.

The Soviet government undertook reforms in the economic and cultural fields, it took over industrial enterprises such as the Spassky Plant, the Karaganda Mines, the Uspensky Mine, the Emba oilfields and others, and a significant part of industrial enterprises and banks were nationalized. Practical implementation of the provisions of the Decree on Land began.

With the victory of the socialist revolution, it became possible to discuss national problems concerning projects of nation-building. The formation of the RSFSR gave an impetus to the creation of autonomies in the East of the country. The Soviets of Kazakhstan and Turkestan began work on preparing for the convocation of the All-Kazakh and All-Turkestan Congresses of Soviets. At that time, Soviet power grew more and more. In fact, this meant continuing the struggle for the formation of Soviet statehood.

The "Alash" Party did not like this state of affairs: they could not accept the October Revolution and abandon the idea of ​​forming Kazakh statehood.