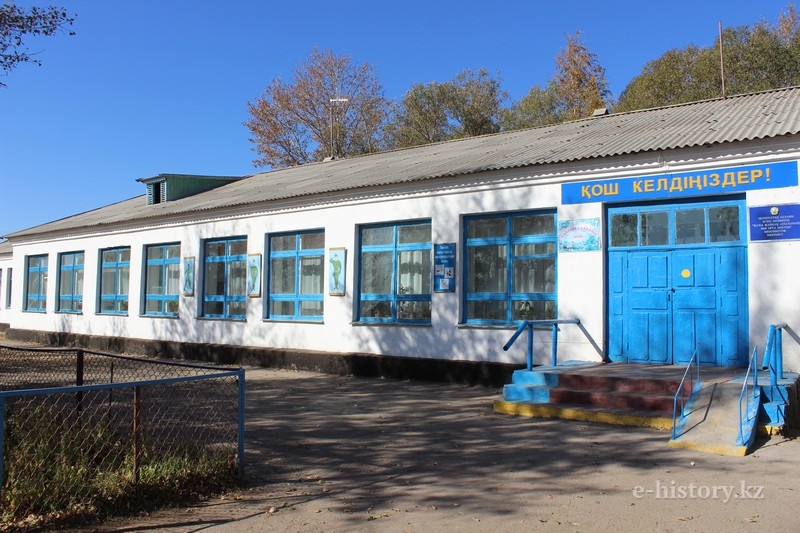 Commissioning editor of the NDH Portal, Zanggar Karimkhan, visited the aul of Zhanazhaynak of the Tselinograd district of the Akmola region and collected materials about this aul

Novostroyka – the aul of Zhanazhaynak was called so, it is located on the left bank of Ishim, 38 km from the city of Astana. According to the administrative-territorial division, the aul was a branch of the state farm of Vozdvizhenka. The aul of Vozdvizhenka was renamed to "Nuresil".

There are different opinions about the name of Zhaynak. According to the aborigines living from time immemorial in this land, Zhaynak is the name of a land, an area. If this is the name of a batyr, then no one has ever heard of him; no one knows where he is buried - so they do not agree with this opinion. And nothing is known about his descendants either.

And the late historian Murat Kereibay wrote in his book that the ancestors of Ernak and Luk (Uluk) at the head of the Kipchak batyrs who joined the Kenessary revolt, awaited a Decree from a Khan in the Koskol, Kosotkel and Kospa areas, 25 kilometers from center of the district to attack the fortress of Akmola. Zhaynak-batyr lived in the times of Abylay. There is also such information: "At that time there were two auls in the area - the ancestral home of batyr Abylay, named Zhaynak, who lived on the western side of the Ishim River, and Ibrahim Zhaiykbayuly who became a Sultan of the district after Konyrkuldzha Kudaimendeuly, the great grandson of Khan Semeke. Khan Semeke was the first senior Sultan of the Akmola external district. Aul was called Akmechet". 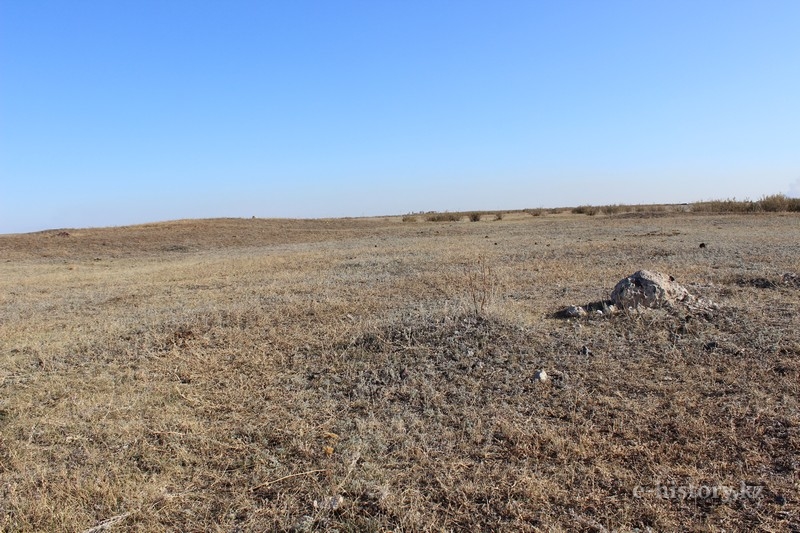 As for the name of Zhaynak batyr, the author gives such explanations: "Zhaynak aul is no longer there. It is a separate burial in a kilometer from Razdolnoye".

Though in oral creativity, in legends and it is spoken about Zhaynak batyr, these are the only written information. And about the burial of the batyr, it is worth talking to the archaeologists, researchers of this region. Tleugazy Kiyamazanov once said that a burial ground is there a bit lower than the present burial place. 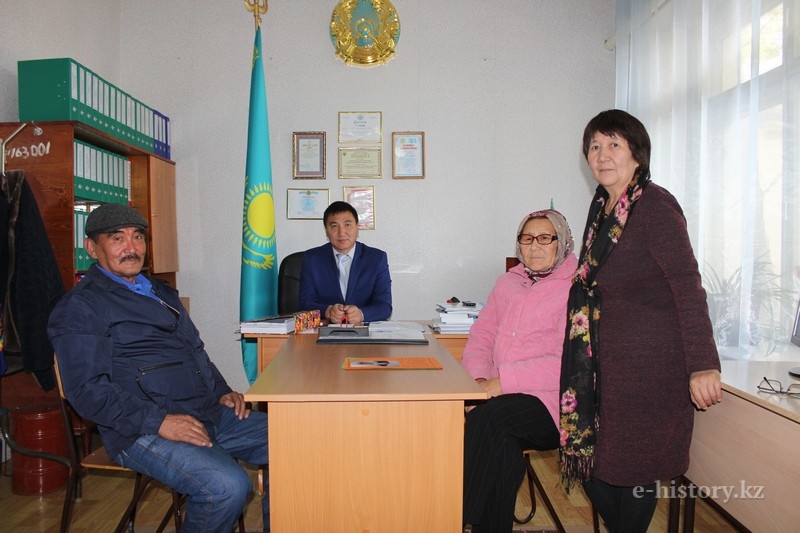 In favor of the fact that Zhaynak is a geographical name may also testify a Kazakh aul Mortyk. These auls, where Kazakhs lived for generations, did not fall under Russian expansion and retained their purely Kazakh name. Both Mortyk and Zhaynak are witnesses of those times.

In that convenient place, where Ishim flows quietly, forming a whirlpool, there was an old Zhaynak, from which only a few tracks left now. We saw the remnants of once-built houses that were equal to the ground. Old Zhaynak was 15 kilometers from Novostroyka.

There were 40 houses in Zhaynak, among which there were rich and poor. According to Bapan, the sister of the aksakal Gabdrakhman - a former administrator of the aul, in this village there was a working mosque. She told about this in her turn to a respected teacher Kymbat Baimenkyzy, and from childhood she knew that people from that mosque were going to perform hajj. And now there is no trace left of this land.

We, taking with us the oldest resident of the aul, who is more than 86 years old - Altynbek aksakal, came to old Zhaynak. Aksakal was born here. But in connection with his age and problems with vision, the aksakal, unfortunately, could not accurately determine the place of his home, but he pointed out the general outline of the aul.

Magfruza Khamitova, a descendant of one of the bays, whose property was confiscated in 1927, says that her grandfathers buried gold and silver in the outskirts of the aul during those troubled times. A former librarian Magfruza, recalling a story she once heard from her father, says: the family of Akimzhan in total buried about ten kilograms of gold around Zhaynak, including jewelry, pins and buttons, utensils, weapons and even a saber. But traces of the treasure are still not found.

In the severe 37th year on the holy land of Saryarka appeared a whole system of camps, each of which was mapped. A notorious camp of wives of traitors to the homeland - ALZHIR was built. Zhaynak was only 20 kilometers from it.

In those days auls stopped giving names, they were numbered. For example, Vozdvizhenka 26, Razdolnoye 27, Zhaynak 28, Mortyk 29 and so on. The consequences of this system have not been exterminated to this day. 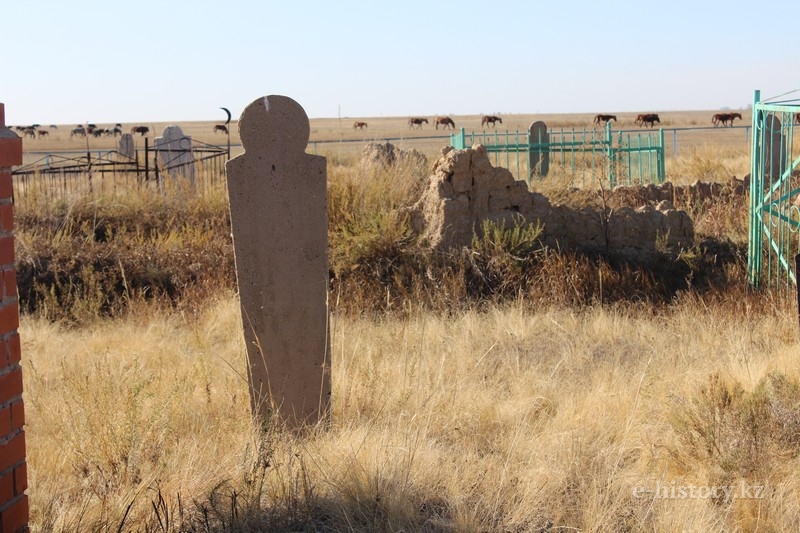 In those distant mourning years, the Kazakhs did not spare their concern for representatives of other Diasporas, and the residents of Zhaynak also often shared with them bread and cheese.

In the 50 years of the last century, the process of enlargement of settlements was under way in Kazakhstan. Unite collective farms and create state farms. The state farms opened several strong points. This process did not bypass also Zhaynak.

Zhaynak mainly consists of people of the Kipchak family. On both sides of Ishim there lived people from the Kipchak family. The rich men were engaged in breeding livestock, the poor helped them, and the batyrs defended their land, and their life went on as usual.

In the war years, the Baltic peoples and Germans were deported to the villages near Zhaynak. And in Zhaynak were settled the Chechens. The level of life of the migrants was different, recalls Kymbat Baimenkyzy. "The Baltic people and the Germans had a slightly better situation - they brought household items, jewelry, and some money with them. And the Chechens were brought almost "naked".

Zhaynak, where mostly Kazakhs lived (during the deportation the Chechens were relocated, their cemetery stands along the road in the direction of Razdolnoye), was disbanded in the 1950s, and the inhabitants of the village were resettled in the villages of Ostrovnoye, Litovka, Razdolnoye and a new settlement - Novostroyka. Thus, the village of Zhaynak was erased from the face of the earth. Now the village of Razdolnoye is on the verge of extinction, there are only about 20 houses. And all the inhabitants moved from Litovka and Ostrovnoye - there was no one left.

A chronicle of the cemetery near the old settlement begins with the 40-ies of the last century. Here, mostly representatives of the Kipchak family who lived in Zhaynak were buried. On the tombstones, along with records based on the Arabic writing, there are records in Cyrillic. But in connection with the move of the residents of the aul and other socio-demographic processes, recently there were also buried non-residents.

The first brick of the new village Novostroyka was laid in 1961. Most of the Germans lived here. The proportion of Kazakhs was very small. In the period of the dominance of the Russian language, along with the development of the virgin lands, the spirit of the Kazakhs, the population, and even the fertile Kazakh land were artificially suppressed. 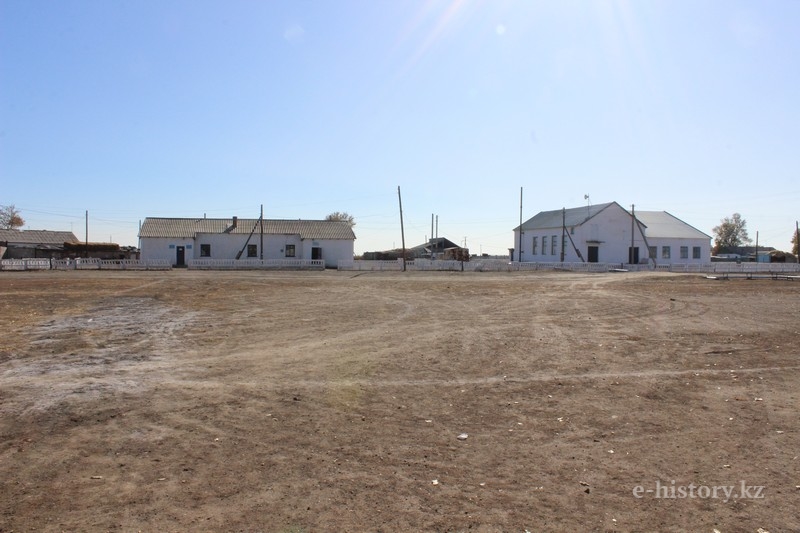 Proposals for renaming Novostroyka appeared in 1993. But the aul returned its historical name only in 2007. A second wind was given Zhaynak with its new name Zhanazhaynak.

An intellectual of Zhanazhaynak is a teacher Kymbat. She graduated from the institute in 1972, and at the time when her career, like Svetlana Zhalmagambetova and Zagipa Baliyeva, was to start at the District Party Committee, turned into a completely different direction. She firmly decides to become a schoolteacher. To the Secretary of the District Committee of the Party, Comrade Issenov, these words belong: "When Kymbat spoke, I felt relief, bliss." 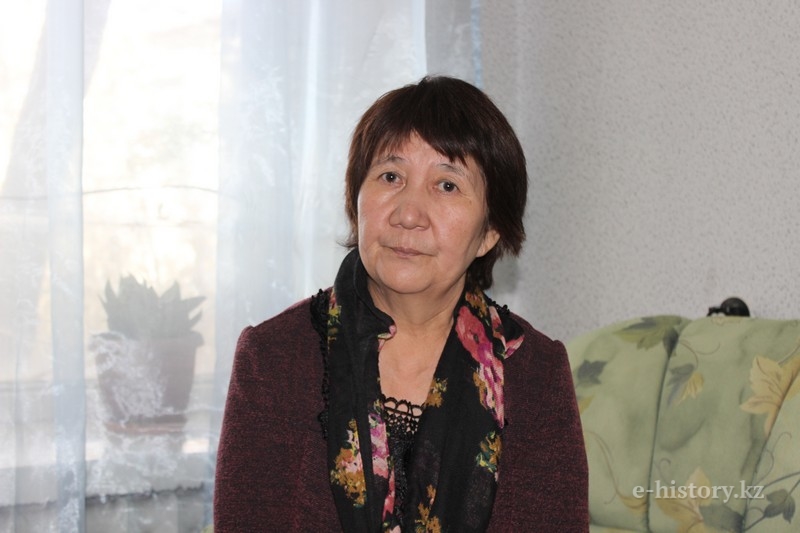 And so, Kymbat Baimenkyzy, on which the people put their hopes, renounces a dizzying career and leaves for a small village. She worked at a school where 230 pupils were studied. Teacher of Russian language and literature Kymbat Baimenkyzy became pride not only of the aul, of the district, but of the entire Akmola region. Among her students there was also the author of these lines, who, instead of writing in Russian, gave essays in Kazakh.

I asked her: "Do you regret your actions?" And the answer was the unequivocal "No!" I was perplexed and only shook my head, not realizing what force held this fragile girl in this land, because she was promised a brilliant career as a public figure.

Look how the times have changed today: today 90 percent of the inhabitants of the village are repatriates from Mongolia. In the village there are shops, a House of Culture and a school built in 1968, 1970, and 1972. Water is provided, there is electricity. One of the promising auls, and like many of them, its main problem is roads, ways of communication with the city. 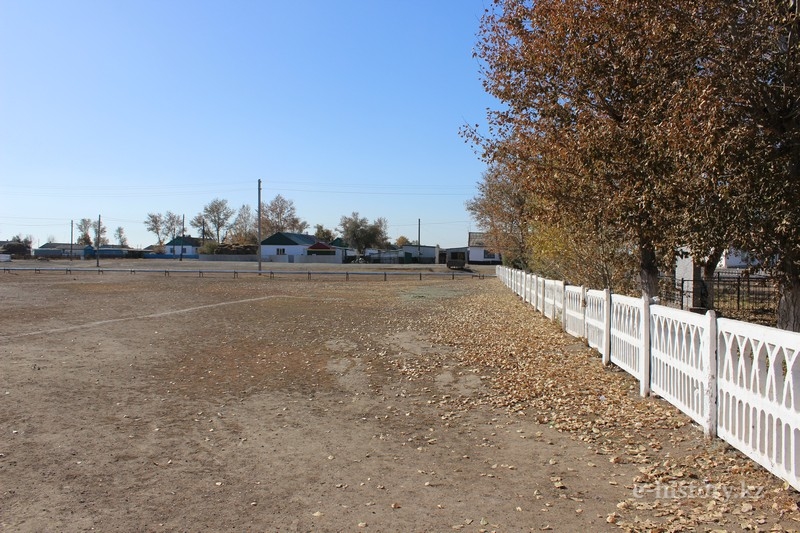 The inhabitants of the aul have one more proposal - the construction of a bridge over the Esil River near the road in the direction of Astana-Kostanay. If we build a bridge, so that the road leaves near the villages of Tonkeris and Maksimovka - this would be a useful thing for the people. It seems that these are only dreams. But after all, dreams tend to come true!

Materials on theme
Weeping in the steppe: the tragedy of the Nogai people
“Akyn Tarazi” – “Poet Taras”
#Alash100 Smagul Saduakasuly: representative of the young people of Alash
The fates woven together