In memory of Sultanmakhmut Toraigyrov 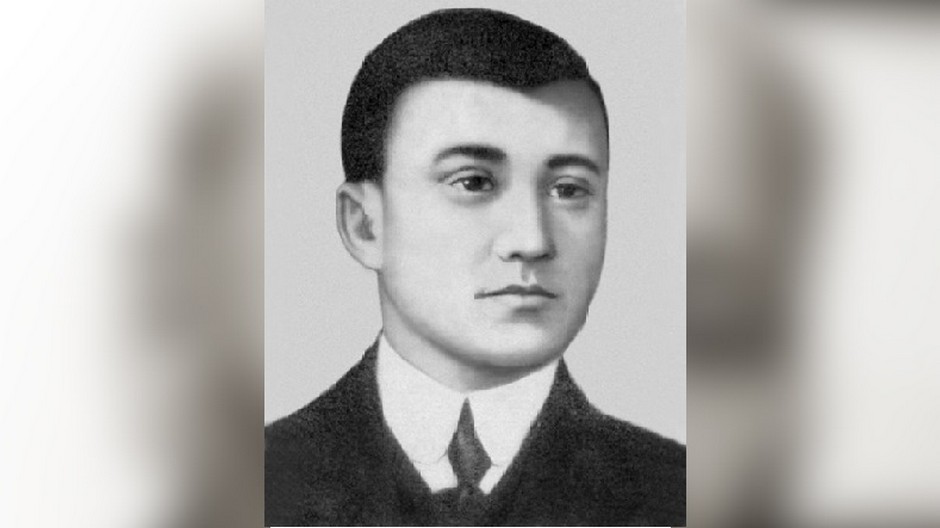 Sultanmakhmut Toraigyrov (1893-1920) is the pride of Kazakh literature and Kazakh culture. His poems have a high literary value

Often the question arises: should works of art have a political color? After all a risk is possible that loud slogans and the struggle for socially vulnerable layers of the society and the people who have the label of the poor, unfolding on paper only and will remain an instrument of democratic struggle.

But to such a poet as Sultanmakhmut Toraigyrov this does not threaten. Subtle irony gently intertwines into exquisite turns, is superimposed on native oriental motifs.

In verses of Toraigyrov we can discover interesting characters who express by their means, that is an outer shell, a layer of allegory denouncing the age-old vices of a society.

In his poem "Koumiss" - a refreshing drink that is prepared according to old recipes, passed on from one generation to another, is the apotheosis of all desires, something like the Golden Fleece, unattainable for mere mortals. Only the rich can afford koumiss, and the poor can only dream and think about how to enjoy koumiss.

Then national or social features come out. Each new era brings its changes into society - characters and images of thinking, but the "continuity" of generations is strong.

The hatred of excessive luxury and aversion to the powerful of this world, who achieved the earthly goods in dishonest ways, was formed early in the poet's mind, even in his childhood, when he observed life's injustices. His gaze grew sharper, and he denounced the shortcomings of society.

It is said that there was such a case. Passing by the familiar house, Toraigyrov noticed someone else's horse. Probably someone came from another aul. He asked the woman who it could be. The woman herself did not know this man well, but he was called the doctor Hodja.

Hearing this name, Toraigyrov darkened. He grabbed a stick and went into the house. A minute later a confused man ran out. The poet pursued him with a stick. It turned out that Hodja had a solid economy, but sometimes traveled around the aul and engaged in witchcraft. Last year he was invited to treat a child. Hodja took a large fee. But the next day the child died. And even this case did not prevent him from continuing "therapeutic activity".

Hodja tried to jump on the saddle, but Sultanmakhmut overtook him and hit him with a stick. When people came running, they grabbed an angry poet.

Seeing the crowd, the father of the poet came running and he exclaimed:

- What's the matter? Why do you keep my son?

He was explained the situation, but he was so angry with the people holding his son that he picked a fight with them. Then he angrily rushed to Hodja.

As a result, they took away the sorcerer’s "medicines" and he was soon expelled from the village until the Toraigyrovs reached him again.

Sultanmakhmut was smart and diligent from his childhood, he was drawn to knowledge.

And his father encouraged him in every way - he taught him the basics of Arabic. Then the boy was given to the mullah for training. He was especially fortunate with Mulla Mukan, an educated man who knew Kazakh folk art very well: ancient Kazakh tales, legends and poems. Imitating the mentor, the young Sultanmakhmut also begins to write - he composes humorous satirical poems about the environment, surprises with impromptu, short stories, which, unfortunately, are not preserved.

Secular sciences, he began to learn thanks to a teacher who came from Troitsk, Nurgali Taushibayev. So his students discovered geography, natural history, and history. He was a very educated person for that time; he was trying to introduce new teaching methods. Taushibayev was always interested in events taking place in society, he carefully analyzed them, read newspapers and magazines in the Tatar language.

In Russian cities at that time, Kazakh youth was concentrated in Troitsk, where Toraigyrov traveled from Omsk. He studies in madrasah, but because of the aggravated illness he was forced to leave his studies and move to the nearest aul. In the winter of 1912-1913 Toraigyrov is being treated, but continues to work. He teaches at school, but in the autumn of 1913 he returns to the city and serves as secretary in the editorial office of the magazine "Aykap." In this magazine, he tries his hand at being a poet, publicist and literary critic.

The poet had poor health, his condition worsened due to constant nervous and physical stress; he often starved, sometimes had the opportunity to have lunch only twice a week, but this never stopped him. Toraigyrov decided to devote his entire life to the service of education, science and creativity, through which he could talk about the people's burdens.

In October 1917, his illness worsened, he had to show himself to the doctors, for this he went to Semipalatinsk. The poet rests in his native land, the disease recedes for a time, but in April 1918 it becomes clear that this was only a delay - he understands that he is doomed and returns to his native village. There he continues self-education: he reads a lot of Kazakh and Russian literature and writes himself.

At the end of 1919, Toraigyrov learned that the Kolchak government had fallen in Siberia and that the Reds had entered Pavlodar. He also arrives in Pavlodar. Here he meets with the commander of the Red Army, Zhigarev, and in his face welcomes Soviet power. Toraigyrov goes to the villages where he enthusiastically propagandizes a new life, actively participates in the establishment of local Soviets.

But these efforts and overexcitation completely undermined the health of the poet. A deadly disease chained him to bed. May 21, 1920 Sultanmakhmut Toraigyrov died.

Author: Altynzer Dauletbayeva
Use of materials for publication, commercial use, or distribution requires written or oral permission from the Board of Editors or the author. Hyperlink to Qazaqstan tarihy portal is necessary. All rights reserved by the Law RK “On author’s rights and related rights”. To request authorization email to mail@e-history.kz or call to 8 (7172) 57 60 13 (in - 1163)
Қазақша Русский English
MOST READ
Month Year
How had the World War II been started?
Armenians and their kinship with the Kazakh people Today is Kazakhstan Police Day Doctors-comrades-in-arms of A. Bukeyhanov Karaganda coal and the merchant Ushakov The great son of the great steppe Kassym-Jomart Tokayev sent a telegram to UN Secretary General António Guterres Living for the Kyrgyz account Kazakh dissidents: Amangali Kenzheakhmetuly, known as the “Gang” The excavation works in the town of Syganak A death of Ulugbek History of pandemic in Central Asia How had the World War II been started?