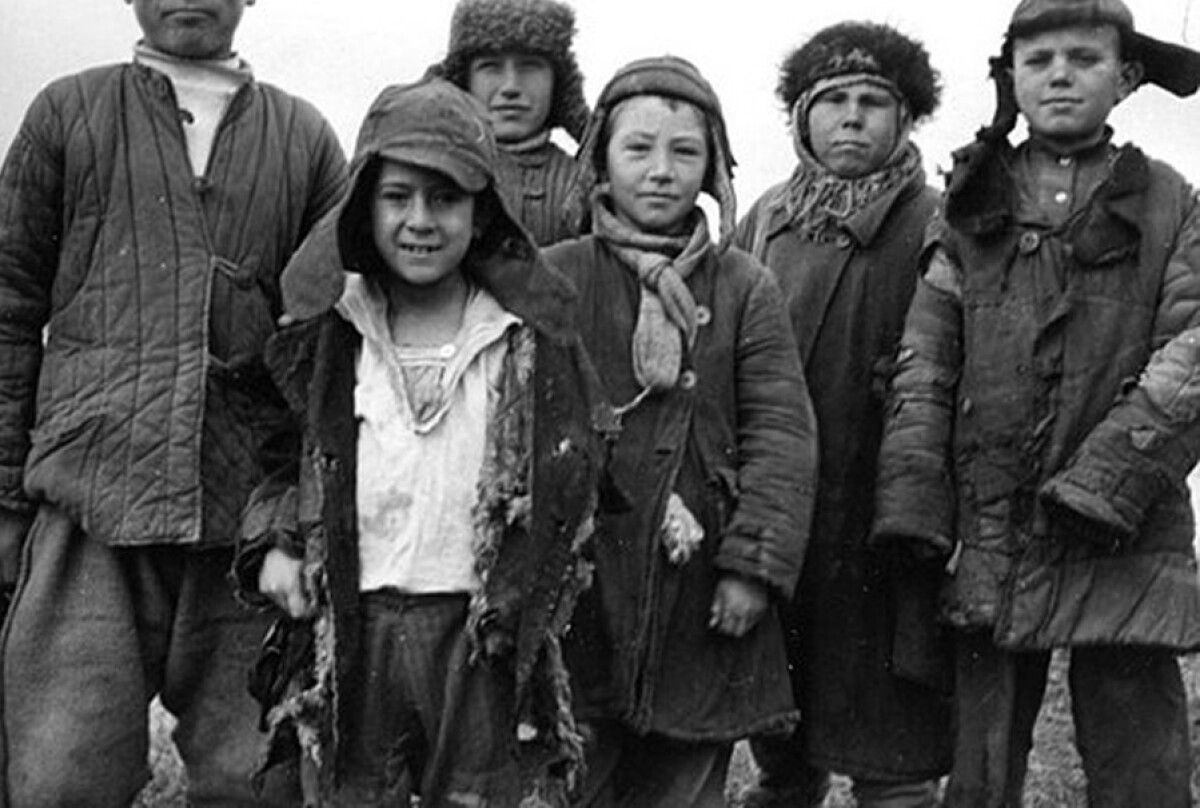 In what condition were children's homes in Kazakhstan during the famine? Did the government care about street children? Answers to these questions we will try to search in archival documents

The number of unaccompanied children is growing and can reach 60,000 people. I think that with the onset of summer the influx stabilizes. On April 1, 57-58,000 children were in orphanages, 2500-3500 children had to be picked up from the street. The condition of children's homes is lower than any criticism, they are overcrowded beyond all measures, and some orphanages are simply terrible. Bedding is a rarity in these homes; clothes and shoes are missing, one shirt for two or three children, they sleep on the bare floor. One felt is a luxury. Feeding children in places is just criminal. There is no control. 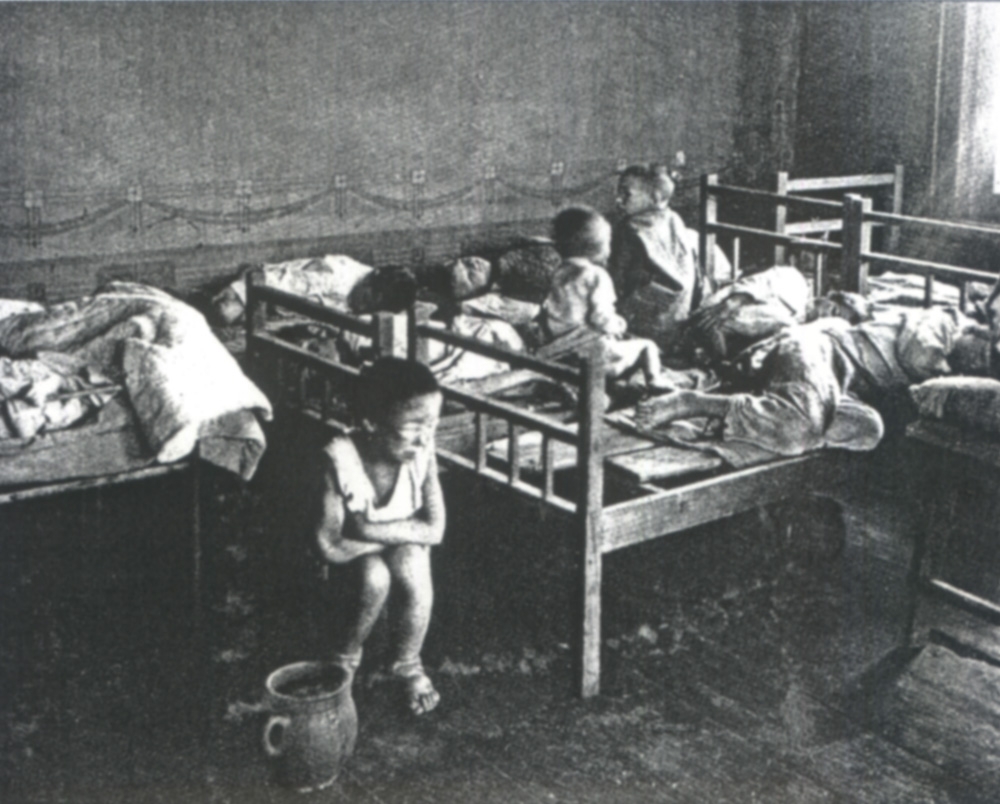 Financing of orphanages is simply mocking, for example, in 1935 the orphanage received from the allotted appropriation from all sources of Kazakhstan instead of 4.579.000 rubles accepted by the Government of Kazakhstan, only 1.545.000 rubles or 33.9%. The Kazakh Government transferred the entire burden of financing to the funds of the Children's Committee of the Central Executive Committee, which in 1932 together with a million rubles from Lenin Foundation transferred 3.524.300 rubles and from regional orphanages 500.000 rubles (with too much), which together represents the amount of more than four million rubles that Kaz People’s Committee for Finance invested in Kaz budget, and covered the budgets of Kazakhstan with the funds from the Center and Kaz Children’s Committee, and the means of the regions were absent, which was a colossal financial breakthrough, and in some orphanages - just a catastrophe. That is, the finances allocated for the Children's Commission were used for other purposes and plundered by other departments. And in the separately located, that is, in the regional orphanages, the situation was even worse. 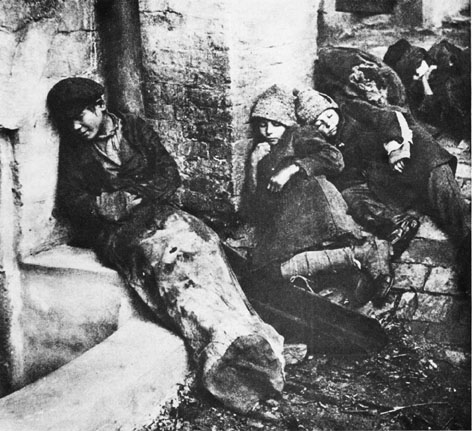 The children's homes were left without equipment, without fuel, and children - without clothes, linen, shoes and bedding, and often without food, resulting in a huge number of orphanages with a high death rate of children, and education can not be said. Moreover, with stagnancy and callosity of Kaz People’s Commissariat of Education and its bodies in the localities for street children, I have no confidence that the funds released by the Central Election Commission have not been used for other purposes. In 1933, with the financing of orphanages, the situation is not yet better. For example, Kaz People’s Committee for Finance transferred the financing of children's homes to places, and the places reportedly actually fulfilled the financing of orphanages for the first quarter by 40-50%, based on the contingent of 40,000 people.

As a result, the orphanages can not redeem even those crumbs that reach them, for example the children's home of Alma-Ata in the first quarter could not buy their own products, and even meat was not redeemed for 844 kilograms. The most horrible thing is that there is not a single responsible person and such a situation in the whole region. In general, before my arrival, the mood in the Territory was calm or indifferent; there was no alarm, no sense of humanity, no consciousness of duty, and no responsibility people felt. The children's committee, headed by the OGPU (Joint State Political Directorate), is depersonalized; the state is cut to inoperability. With the tasks of the sentry guarding destitute children, the Children's Commission did not cope. The OGPU worked, but it also looked over the main: financing and supply. That is, the matter is not brought to an end, not to see the state of affairs in the regions with their own eyes, there was not even a check sent there. 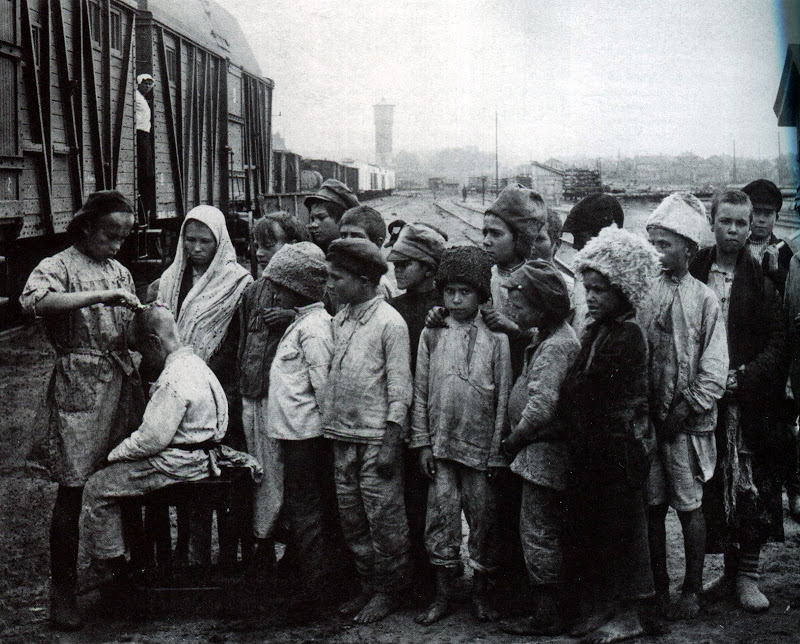 At the Regional Committee of the All-Union Communist Party (b) at my request, the question of homelessness was raised in all its unsightly growth. They reacted swiftly and resolutely to the eradication of the intolerant situation, the elimination of the main causes of the disaster, the strengthening of supplies, financing, the creation of responsibility for the case, and the fight against homelessness. In accordance with the resolution of the Regional Committee, according to my report at the Kaz Central Executive Committee, a resolution was adopted clarifying and expanding the decision of the Regional Committee. Kaz Regional Komsomol responded warmly to the appeal, a big shift was made. Even before my departure, there were huge real results on the supply, financing, placement of children in better conditions.

The special apparatus in the People’s Commissariat for Education in the regions for responsible operational work to combat homelessness has been strengthened, and the Kaz Regional Children’s Commission has been strengthened for 2 people inspectors. Now it is necessary to monitor the resulting shift, not to let the created volume stop. Public organizations, such as UDM (United Democratic Movement) and RRCS (Russian Red Cross Society) are inactive, it is necessary to ask the UDM and the RRCS to take measures to help the disaster - homeless children of Kazakhstan. I consider it my duty to inform you about a good example of work in the orphanage No. 4 in Alma-Ata. Head of the orphanage: Martynova Anna Filimonovna. 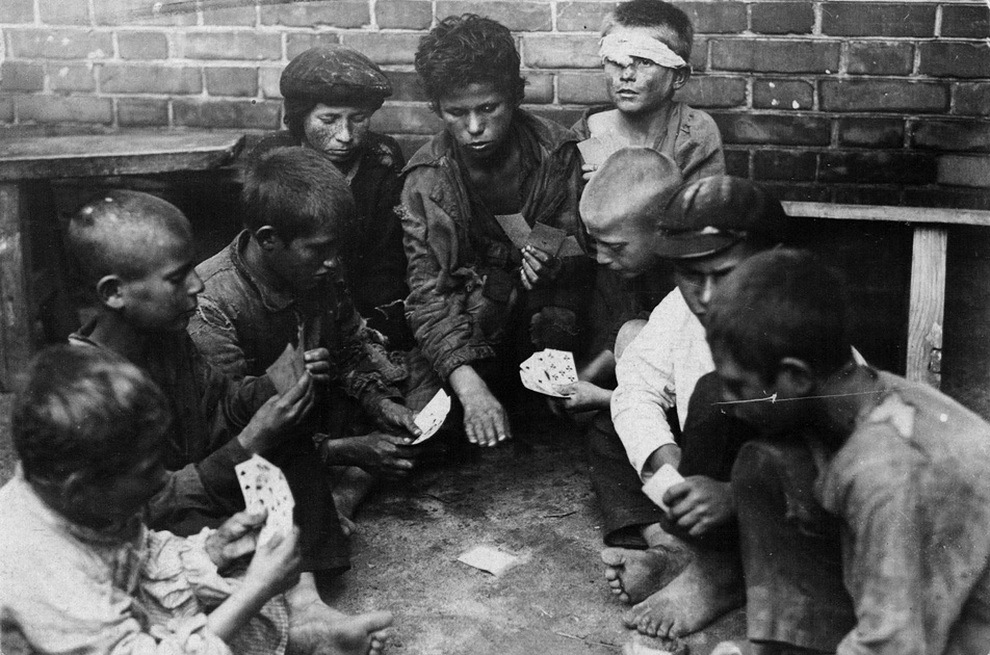 I am enclosing the Resolution of Kaz Regional Komsomol, printed in the newspaper “Lenin Smena” and other acts, references and statements.