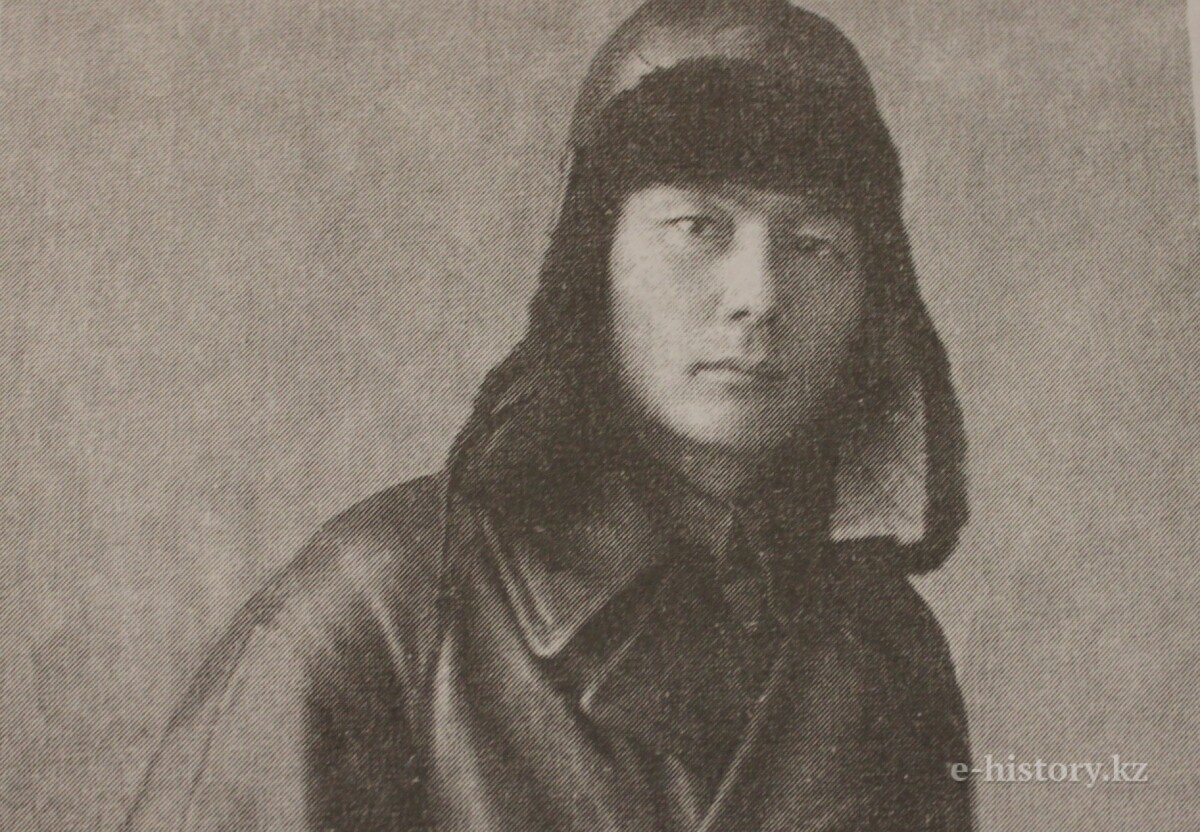 "Having malicious intent, he deliberately built the Kainar secondary school across, so that sunshine does not fall on it," the "Japanese spy" Nassen, son of Zharylgasyn was arrested on July 8, 1938

There is a man who tirelessly searches for materials about unknown pages of the history of Kazakhstan, sits in the archives of near and far abroad, sometimes inaccessible to many researchers. Despite the specialty of an economist, he makes a huge contribution to the disclosure of the "white spots" of the national history, Kazakh professional historians highly appreciated his historically-popular works. This is Bolatbek Nassenuly.

Bolatbek Nassenuly Nassenov was born in 1937 in the village of Kainar, the former Semipalatinsk region. He graduated from the Financial and Economic Institute in Tashkent. Since 1982, he worked as the head of the Income and Expenditure Department of the Ministry of Finance of the Kazakh SSR, the first deputy head of the tax department. After retirement, he studied and collected historical materials, archival documents, books. From the pen of the grandson of Zharylgasyn, 24 volumes of books were published. 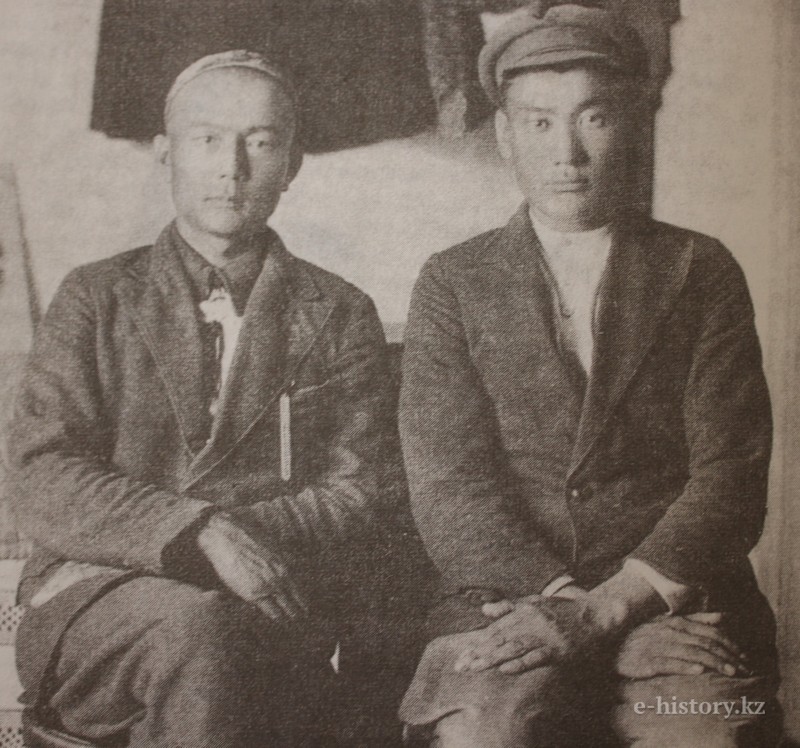 The materials collected by Bolatbek Nassenov contain a lot of information about historical events, famous figures of the Kazakh people of the XVII-XVIII, XIX-XX centuries, beginning from Abylay and Abulkhair Khans, Kabanbai batyr and Kenesary, Abay and Shakarim, Madi Bapiuly and ending with the heroes of Zheltoksan (December). There is valuable information about people who were crippled by the Stalinist repressions of 1937-1938, the fate of ordinary Kazakhs who lived in his native village of Kainar. Medeu Sarseke, famous writer, coryphaeus of the documentary genre, writes and outputs information from Bolat Nassenov's book where the list of 42 people from the Abraly region is given, charged according to art. 58 in 1937 - 1943, then a list is found in the archives of the KGB, another 50 unhappy. Hence, from a small area with a population of about 5,000 people, on charges of "saboteur of the socialist system" or "Japanese spy," 92 people were shot or sentenced for a long time."

Numerous descendants who called themselves Zhalykpas, descended from the Karakesek clan of the Argyn tribe, lived in the territory from Karaganda Karkaraly, Karagaily, to Abraly, Kainar, Degelen. From the fifth descendant of Zhalykpas, that is, his nemene Kulynbai had five children. From Bazhim and Kirpibai there were no descendants left, descendants remained only from Zharylgasyn and Dosmagambet. The eldest son of Zharylgasyn - Nassen, raised his younger brother Musatai and Dosmagambet's son - Alnasir. Nassen and his friend Zayyt Anezhanov were born in 1904 in the village No. 7 of the Abraly district of the former Semipalatinsk region. The first time he learned in the village of Tokhmet kazhy, then in 1920-1921 he studied at the educational institutions of Karkaralinsk and Semipalatinsk. Early began to teach.

"When all the senior representatives of the family died, Nassen remained the eldest in the village. The brothers Musatai and Alnasir are ten years younger than him: a nimble man by nature Nassen was the first of them to express his desire to learn," writes about them B. Nasenov. Nassen grew up quick, everything he did, did from the heart. His father - Zharylgasyn and brother Dosmagambet early passed away. But, he did not have the opportunity to preserve the whole aul because of the famine that had burned the entire Kazakh steppe. Older families, having abandoned common interests, in 1923-1926 began to diverge in different directions, caring each about themselves.

In those gloomy years, Nassen was able to save only two or three families. Nassen took care of his brother Musatai, son of Uncle Dosmagambet - Alnasir and four sisters. Musatai enrolled in the Almaty Accounting and Economic College, received a specialty as an accountant. And Alnasir, while Brother Nassen studied in Karkaralinsk, left with the weighers in Semipalatinsk. "Upon returning from school, Nassen found his brother in Semipalatinsk. It turns out that the brother, along with the city hooligans, was engaged in hooliganism. Nassen returned his brother to the village," said B. Nassenov. Returning to his homeland, gathering his brothers, and having calmed down in his soul, he married Akkali - the sister of a prominent figure Nurgali Faizollauly, his name was known to the district of Zharma, Shar-Semey region. She was the sister of the famous academician, scholar-literary critic Rymgali Nurgali. The family, just beginning to get up on their feet, was expecting a severe 38th year. 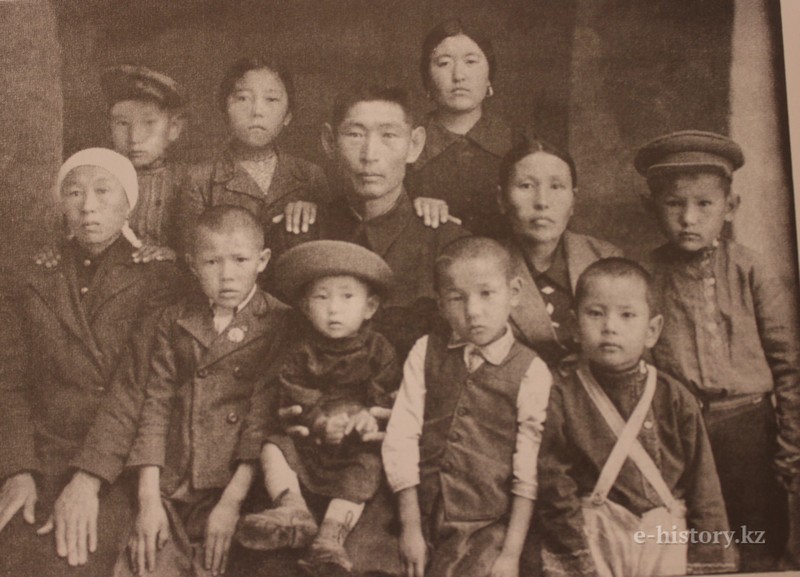 One of the first teachers of many auls of the Abraly district - Nassen was the inspector of the district department of education, the head. He manually drafted the Kainar Secondary School project. This became an attack on his head. "Since 1941, in all kolkhoz centers began to open secondary or primary schools, houses of culture. And five years ago in Kainar the "middle school" was a fictitious reason (for this the first director of the school Arin Imanakishev and the head of the education department Nassen Zharylkasynov were called "enemies of the people" and exiled to Siberia).

Two or three years later Areken returned from exile and brought news of the death of the unfortunate Nassen in Siberia," wrote writer M. Sarseke. On this occasion, the writer got acquainted with the materials of the case, which made up two thick folders and could not hide his surprise: two native people from the same family reported each other, people from the same aul who worked in one region were ready to slander each other. Donations "ten years ago "this was a participant in the rebellion in Shubartau, Degelen, Abraly," "escaped from there and recently returned to the aul" became an insurmountable obstacle to the path of many kind people who enjoyed authority among the people. Such denunciations went daily to the head of the district NKVD Kaygorodtsev, and the "watchful" guards of the "troika" did not miss.

Along with such educated, qualified people as Sadyk Rysymbetov, Salmen Beggezhanov, M. Zhokembayev, A. Imanakyshov, July 8, 1938, was arrested and Nassen Zharylkasynov on false charges allegedly "Having malicious intent, the Kainar high school was specially built across so that the sunlight did not fall on it." He was found guilty for the infamous article 58, paragraphs 2 and 7 of the Criminal Code of the RSFSR, and on the decision of the regional court on February 6, 1939, to serve a 10-year prison term, was exiled to Sakhalin. He died in 1941 at the age of 37 years. The school, built by people from Kainar, remained without a roof, windows and doors. Later, its bricks were dismantled. As the writer M. Sarseke writes, both they and others after them, for more than twenty years, were trained in this first "incorrectly built" school.

The modern three-story building of the school of children's writer Sapargali Begalin. Sons of Nassen: one of them, whose name we mentioned - Bolatbek, the second - Serikbek, an expert in the field of energy, worked for many years in the railway industry. Bolatbek was married twice, from the first wife Biken, there was a son - Nesipbai, from the second wife Kenzhesh Sekenkyzy, there are children - Askar, Aigul, Asan. Famous in the 90 years, nicknamed "Red Diamond" - Nesipbai, grandson of the victim of the repression Nassen. He was shot in the Spanish city of Barcelona. Serikbek has children Kanat, Nurgul, Ainur.

Tests that fell on the share of one family were familiar to many Kazakh families. During the Stalinist repression of the twentieth century, the Kazakh people lost many of their educated, prominent figures of the country. It is clear that, until a new generation grows from the surviving descendant will pass many years. Whatever it was, the repressions that destroyed the generation of educated sons of the Kazakh people, an important lesson in Kazakh history.