Home News History in 5 minutes The pathway of Sagadat Nurmagambetov 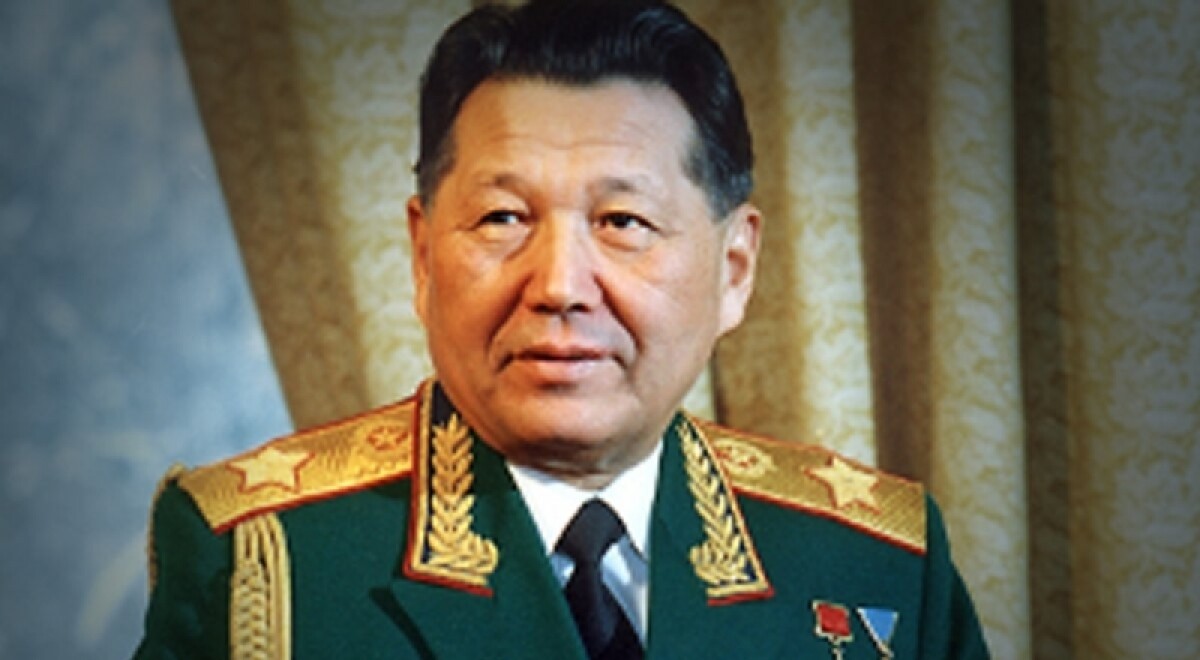 Nurmagambetov Sagadat Kozhakhmetovich - the commander of the machine-gun company of the 1052nd rifle regiment of the 301st rifle division of the 2nd Degree Stalin Order of Suvorov of the 9t Red Banner Rifle Corps of the 5th Shock Army of the 1st Belorussian Front, Captain.

He was born on May 25, 1924 in the Alekseyevka district of the Tselinograd region, now Akmola region of the Republic of Kazakhstan. Kazakh. He graduated from 7 classes. He worked as head of the village reading room on the collective farm.

In the Red Army since 1942. A year later - after the end of the 1st Turkestan machine-gun school - was sent to the front by a platoon commander of a separate infantry brigade. Later commanded a company of the infantry regiment. He fought in the North Caucasus, in parts of the 4th Ukrainian and 1st Belorussian Fronts. Participated in the liberation of the Krasnodar Territory, Ukraine, Moldova, Western Belorussia, and Poland. Member of the All-Union Communist Party (B.) / CPSU in 1944-1991.

The commander of the machine-gun company of the 1052nd Rifle Regiment of the 301st Rifle Division of the 9th Rifle Corps of the 5th Shock Army of the First Belorussian Front, captain Nurmagambetov Sagadat Kozhakhmetovich showed exceptional courage in the Vistula-Oder offensive operation. On January 14, 1945, in an offensive battle, breaking through the enemy's defense in the valley of the Vistula River, when a rifle company of the 1052nd Rifle Regiment under the command of Captain Tyshkevich V.A. stormed an important tactically high altitude with a mark of "125.7", located north-west of one of the Polish village, all machine gunners of the machine-gun company of captain Sagadat Nurmagambetov fought in the combat formations of rifle units. In the battle for the height of "125.7", the calculation of a single machine gun was wounded. Captain Nurmagambetov, instantly assessing the situation, himself lay down behind a machine gun and opened a hurricane fire on enemy defenses. Covered with machine-gun fire, the rifle chains stormed the "125.7" high, hoisting the Red Flag on its top. 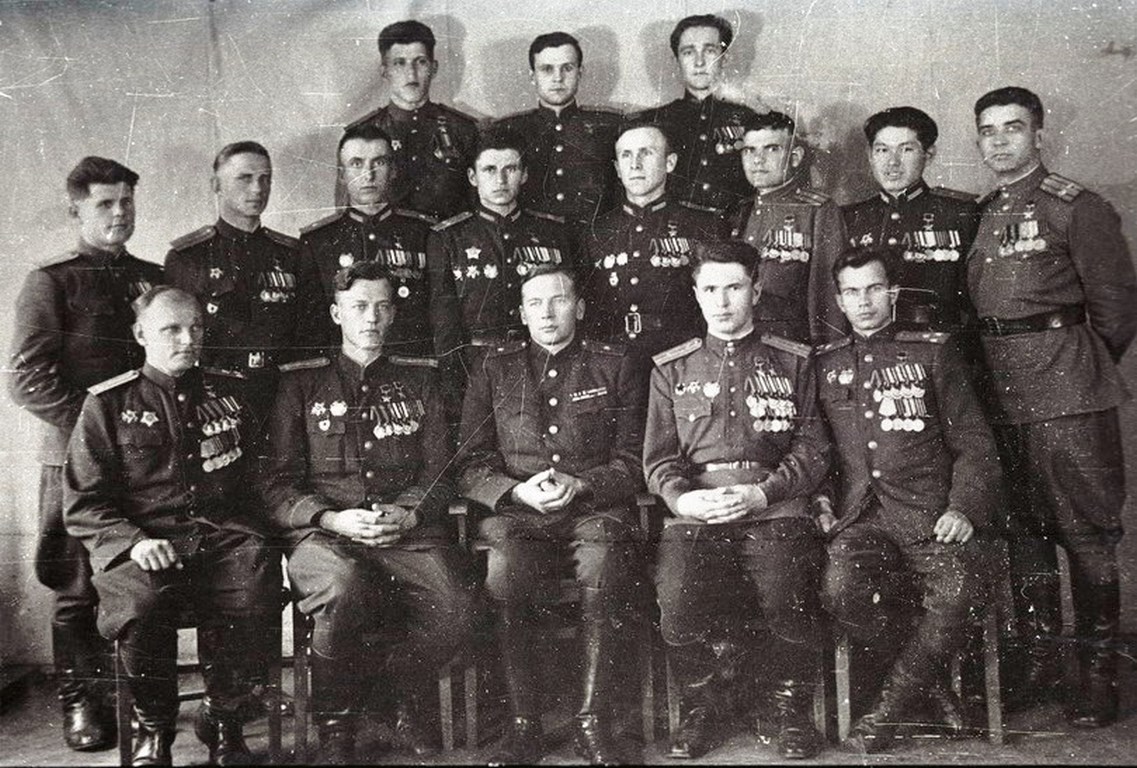 On January 15, 1945, Captain Nurmagambetov organized the crossing by the company of the Pilitsa River near the village of Marynka (5 km southwest of the town of Varka, Poland). Rota seized the bridgehead and held it until reinforcements arrived, destroying, in 2 days, up to 120 Nazis and 12 firing points.

For exemplary fulfillment of command tasks on the front of the struggle against the German invaders and shown courage and heroism by the Decree of the Presidium of the Supreme Soviet of the USSR as of February 27, 1945, captain Nurmagambetov Sagadat Kozhakhmetovich was awarded the title of Hero of the Soviet Union with the Order of Lenin and the Gold Star medal. 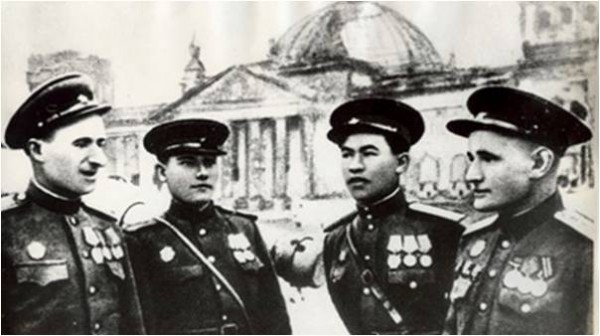 In the post of commander of the battalion, Major Nurmagambetov again distinguished himself in the Berlin Offensive Operation: the breakthrough of the enemy's defense on the Kystrin bridgehead, the crossing of the Spree river, and the storming of Berlin. Then in street battles his battalion stormed the enemy's 9 strong points, while more than 450 enemy soldiers were killed and another 1560 captured. The battalion commander himself was wounded in these battles, he was presented to the second Gold Star medal for rewarding, by order of the commander of the 99th Rifle Corps he was awarded the Order of the Red Banner.

From June 1946 to November 1949 he studied at the Military Academy named after M.I. Frunze. After its termination since 1949 he served as commander of an infantry regiment, an inspector of the management of military schools. Since 1951 - senior officer of the operational department of the headquarters of the Turkestan Military District. Since 1954 - the commander of the motorized rifle regiment, in 1958-1961 - the chief of staff of the motorized rifle division. In 1962 he was appointed head of the Civil Defense Staff of the Kazakh SSR. Deputy commander of the troops of the Central Asian Military District in 1969-1981 and 1984-1989. First Deputy Commander of the Southern Group of Forces in 1981-1984. In 1989, after the disbandment of the district, he became chairman of the Kazakh Republican Council of Veterans of War, Labor and Armed Forces and, at the same time, Chairman of the Committee of the Supreme Council of the Kazakh SSR for Veterans and Disabled People Affairs of the Armed Forces. 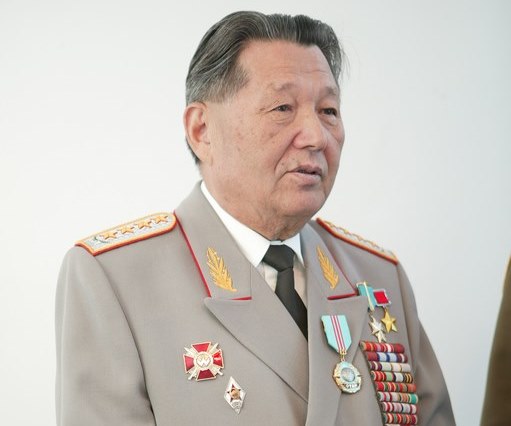 By the Decree of the President of Kazakhstan dated May 23, 1994 Nurmagambetov Sagadat Kozhakhmetovich was awarded the title People's Hero of the Republic of Kazakhstan with the Order “Otan” and the medal "Gold Star".

On the military route and long-term service in the Armed Forces, Sagadat Kozhakhmetovich told in his books "Face to Fire", "My Cutting Edge," "And There Is No Silence in Memory."

Lived in Almaty. He died on September 24, 2013. He was buried at Kensai Cemetery in Almaty, next to his wife.

General of the Army of the Republic of Kazakhstan. 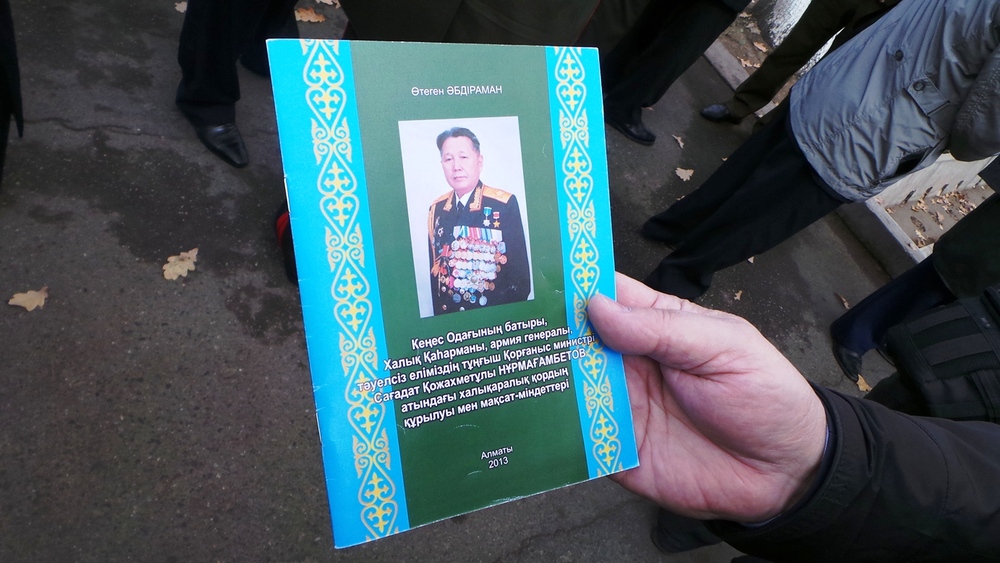 In 1999, was named after General Nurmagambetov the Republican School "Zhas Ulan" in Astana, which was created for in-depth study of the state and foreign languages, military disciplines, as well as enhanced physical training.