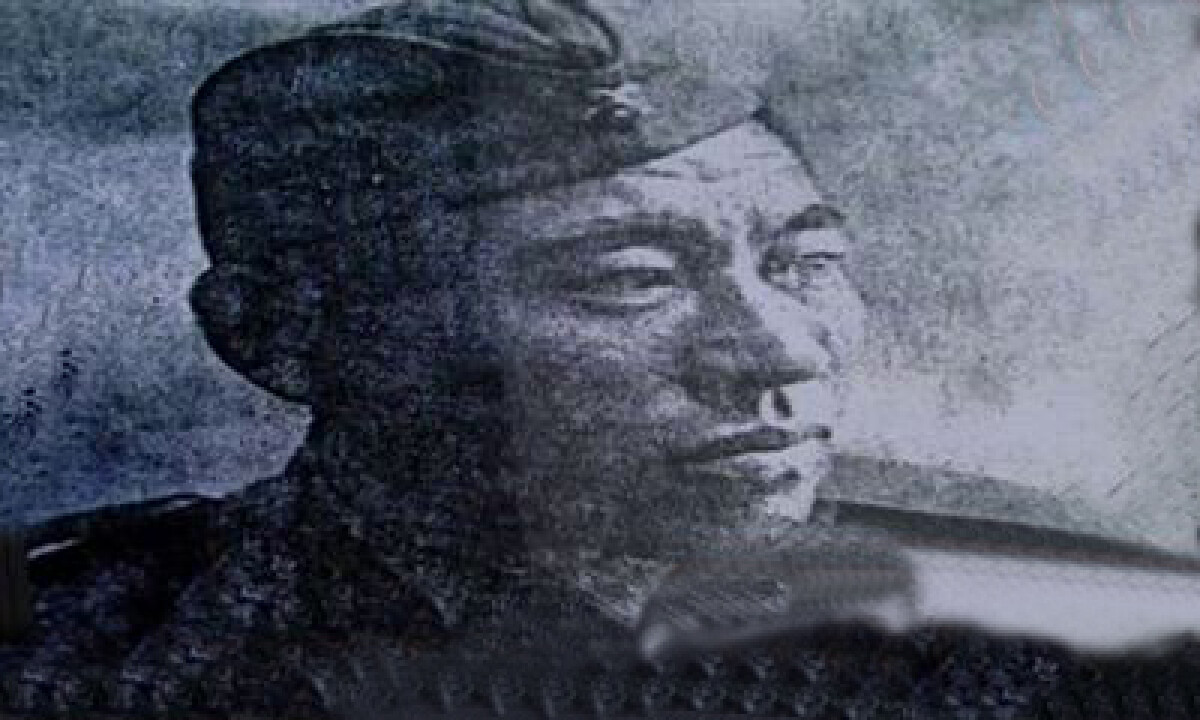 Eternal glory to the Hero, whose legendary feat in the name of saving the Motherland, glorified the name of his people

Issatay Suyeubayev lived in Fort-Shevchenko. He was the driver of the only fire brigade serving the whole region and individual auls. By the beginning of the forty-second the whole life of the deep rear of Mangystau obeyed the law of wartime. Everyone who was able to hold arms went to the front. There was no family where the relatives who had fallen in the bloody struggle with the enemy did not mourn. Two Suyeubayevs brothers, Syrlybai and Akimbai, also died at the front. Issatay was eager to go there, but his assertive appeals were not satisfied. He was left on his armor and almost drove on his lorry with urgent cargoes for days at a time. But he could not calm down - the main man's work was there, in the West.

Issatay applied for admission to the party, went to the conflicts with the local authorities and achieved his own. August 8, 1942 he was sent to the front. After three months of military training in Orenburg, the fighter Suyeubayev was enlisted in a company of submachine gunners. In the first days of November, as part of the 293rd rifle division, he was on the front line, in the ranks of the 21st Army of the South-Western Front.

Issatay Suyeubayev literally in the first days of his service was in the thick of the events. He was sitting on the armor of the first of the tanks, which were going to break through the enemy's defense, as a rifle-submachine gunner. The chain of enemy soldiers was met by sighting machine gun fire. Not letting the enemy come to his senses, Issatay acted so swiftly that the Germans panicked.

Here, as the events of those days are reflected in another document, in the mean lines of the commendation list submitted to the submachine-gunner Issatay Suyeubayev:

"Participating in the battles on November 19 in the tank assault Red Army soldier Suyeubayev with a machine gun destroyed 182 fascists. When he ran out of ammunition, he received grenades through the hatch of the tank and threw them at the enemy ranks. Another hundred Romanian soldiers were killed. When moving through fortified areas, the fighter Suyeubayev destroyed seven enemy bunkers. When the grenade did not remain, he smashed fascist’s head with his helmet. After jumping off the tank, he continued to fight with the enemy hand-to-hand, using a submachine gun as a bludgeon. Suyeubayev fought for ten.

November 20 in a battle at the village of Gromki (Russia) Issatay Suyeubayev was wounded in his right hand, continued to fight the enemy, but did not leave the battlefield. He was found on the body of a dead fascist and only then he was sent to the medical unit.

His feat was of tremendous importance for the development of the attack. With his heroic example, he inspired both fighters and commanders to carry out the assigned task, sparked in their hearts a love for the Motherland." 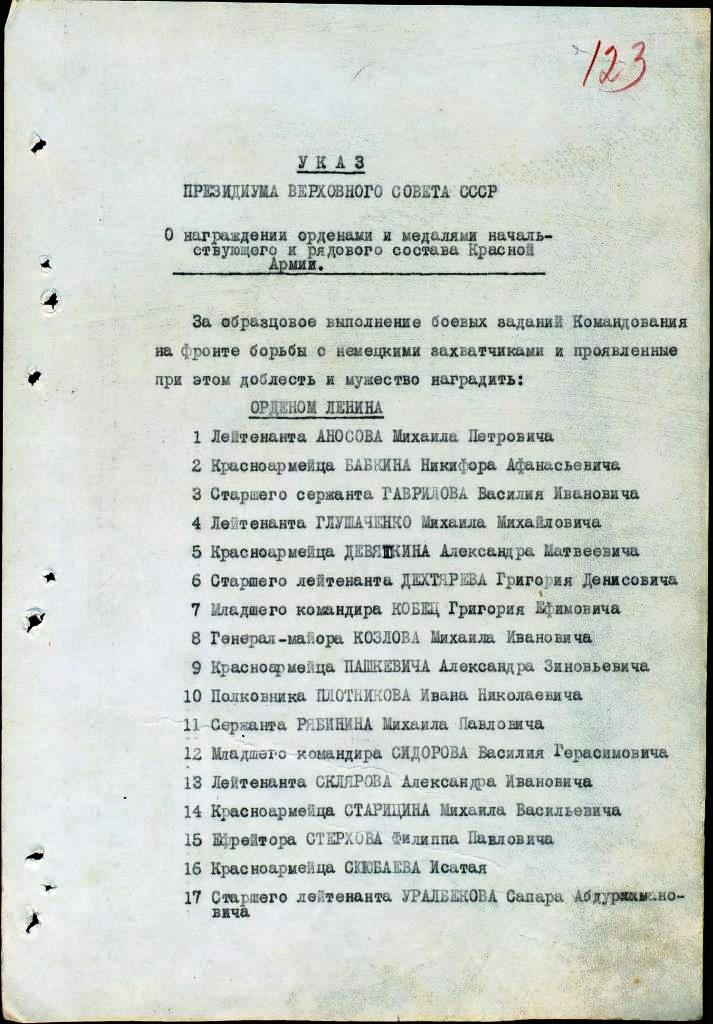 The Political Department of the 21st Army issued a special leaflet dedicated to the feat of I. Suyeubayev. On all forward positions, the words of this small military propaganda slogan: "Glory to the valiant son of the Kazakh people, the brave eagle Issatay Suyeubayev. Learn from him how to fight for Stalingrad, cleanse the land of Hitler's evil."

The command of the 21st Army presented Issatay Suyeubayev to the title of Hero of the Soviet Union. A copy of the commendation list keeps the eyewitnesses' memories of his feat.

By this time, the significant victory of our troops at Stalingrad took place. The course of the war was broken in favor of the USSR, and the expulsion of the enemy from our territory began. I. Suyeubayev was on the front line and participated in all combat operations. 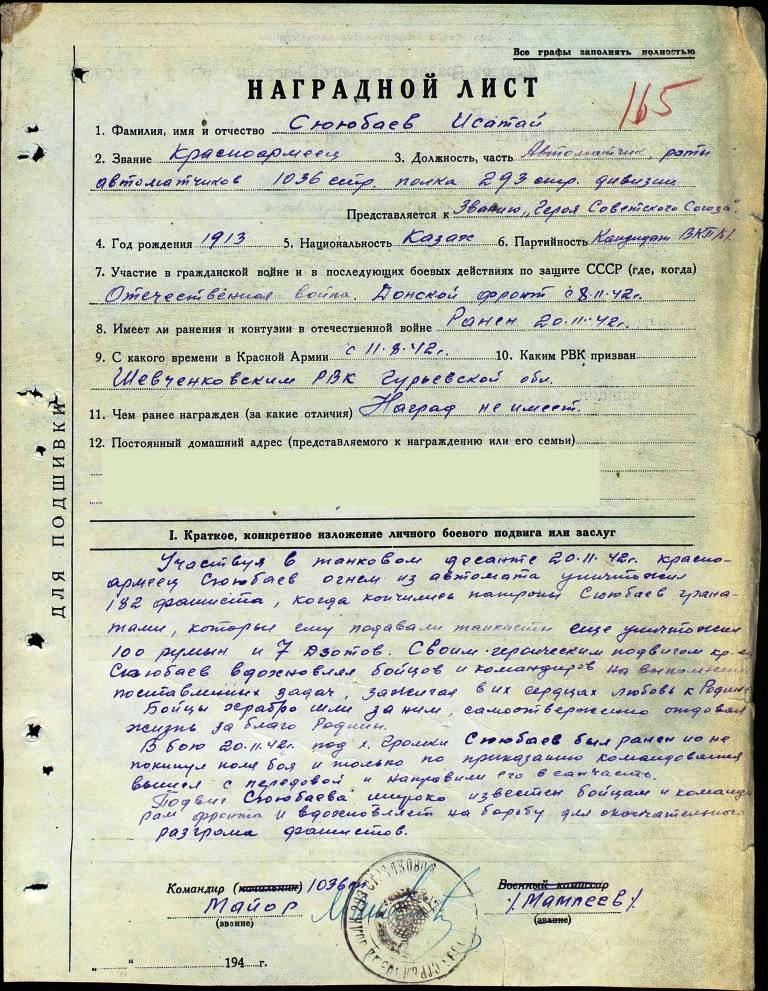 February 6, 1943 in its editorial newspaper "Pravda" wrote: "The Kazakhs fight well in battle. Their fathers, children and mothers work well in the rear, ensuring Victory over the enemy. Kazakhstan with all its wealth is a reliable support to the front." February 14, 1943 I. Suyeubayev by the Decree of the Presidium of the Supreme Soviet of the USSR was awarded the Order of Lenin.

No matter how many years have passed since, the significance of the battles at Stalingrad will not fade in the memory of the people. And how not to remember that the beginning of everything was laid by the first tank landing of the 21st Army, and on the armor of its head tank was our fellow countryman who brought the enemy terror and confusion.

Today the ashes of the Hero rest near the village of Tigen, in the necropolis erected in his memory in the pantheon of the batyrs, who at various times glorified Mangystau. And he died, as he lived, in his military post. In the forty-seventh year he drove from Astrakhan the yurts for the villagers who remained in the military years without housing. Death kept Issatay at sea: a pontoon, loaded with yurts, turned over, and Issatay drowned.