Soldiers-Kazakhstanis in the battles for Belarus 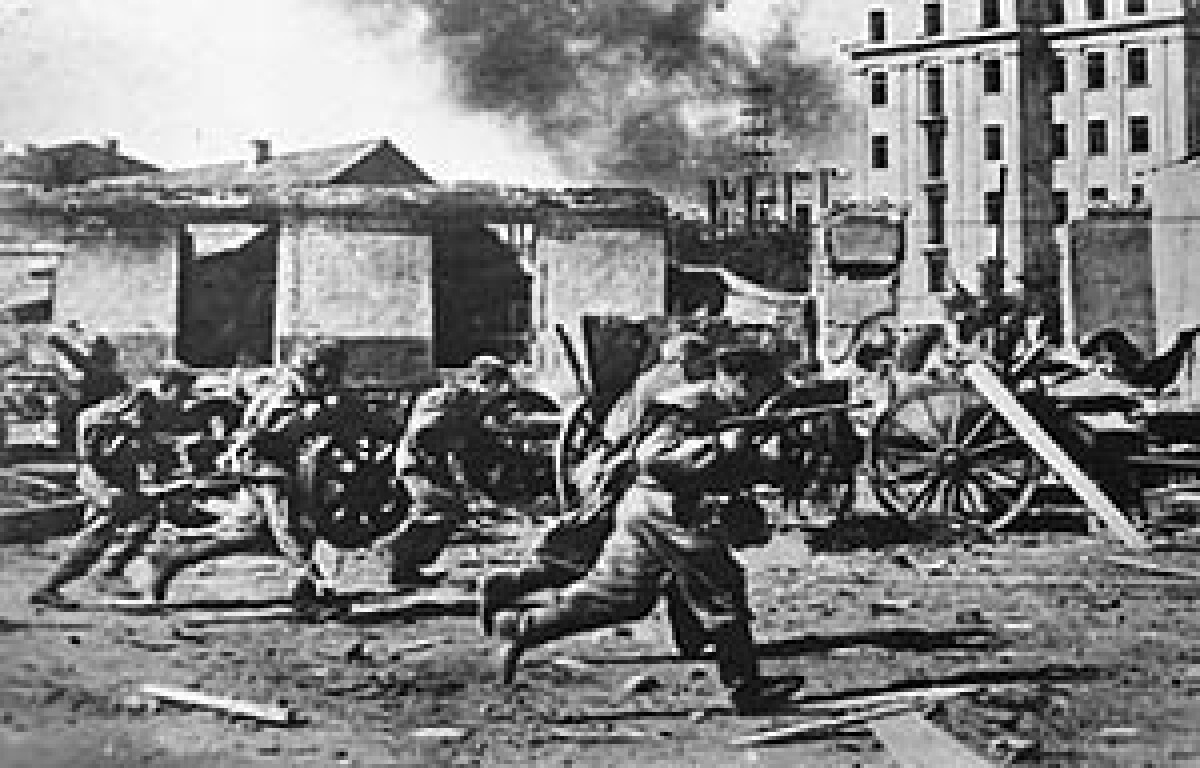 The fate of most of the fighters was tragic, for it was here that they were to receive their baptism of fire, and for many, distant Belarus became the site of the last refuge

The Red Army liberated Belarus during the “Bagration” operation. It was supposed to break through the German defenses on 6 sectors of the front, encircle and destroy the Vitebsk and Bobruisk forces, and to rout the Orsha and Mogilev groups of the Germans.

Among the border guards defending the western borders, there were many people from Kazakhstan. Many of them distinguished themselves in these first terrible days of the war, showing true heroism and courage.

Unfortunately, the names of only some of these brave men have reached us. At the beginning of the war, there were no military correspondents at border posts to describe the feats of the fighters, and few of the participants of these first battles survived. Therefore, we can only briefly and far not fully tell about the military glory of the natives of Kazakhstan, who defended the borders of the USSR in Belarus. 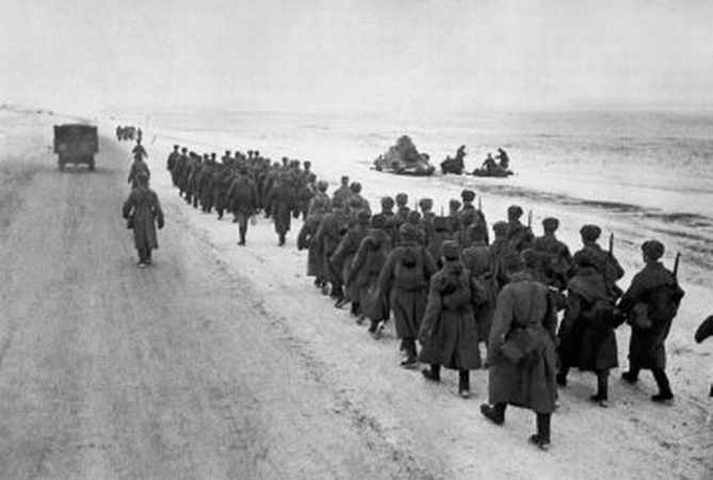 One of these heroes was Vladimir Fedorovich Kurbatov, a native of the North-Kazakhstan region. On the eve of the war, he served in the August brigade, while he was in the position of a machine gunner. When the enemy crossed the state border at the frontier post, where V. Kurbatov served, the personnel was taken to the gun, and the brave gunner took a position on the right flank of the defense line. During a fierce battle, which gradually shifted to the territory of the outpost, V. Kurbatov was wounded, and when he came to himself, he was already in the enemy's rear. Fortunately, the border guard was not alone. Three wounded comrades - Boris Matveyev, Viktor Tikhonov and Mikhail Pogonyaev - laid him on a makeshift stretcher and together tried to make their way to their own. After long wanderings, the description of which would constitute a whole novel, all four joined first to the group of encirclement, and then joined the 1st Kletnyansk partisan brigade, operating in the Bryansk forests. Kurbatov had already regained his strength after being wounded and took an active part in the guerrilla operations until his wound in November 1942.

Having lost both legs, in December 1943 he returned home and was awarded for his military work the orders of the Red Banner and the Patriotic War, as well as medals. At home, a brave warrior, becoming a combine operator, was awarded the title of Hero of Socialist Labor for valorous work.

The fate of Ivan Merghalev, another frontier guard, driver, private 1st class of the Shepetov border guard detachment, called to the border troops from the Talov meat-farm in the West Kazakhstan region, is no less dramatic. In the first days of the war, he was at enemy rear and tried to get to his own bypassing the already occupied by the German troops Slonim. Suddenly a Soviet motorcyclist appeared on the road, who informed Merghalev and the wounded Red Army soldiers who had joined him that an enemy reconnaissance detachment was moving in this direction. In itself, the position of the driver did not imply direct participation in hostilities, but in this situation there was no choice. Sitting the wounded on the wagon, the brave border guard sent them after the retreating unit, and he, armed with a hand machine gun, three-lined and several grenades, volunteered to detain the enemy. 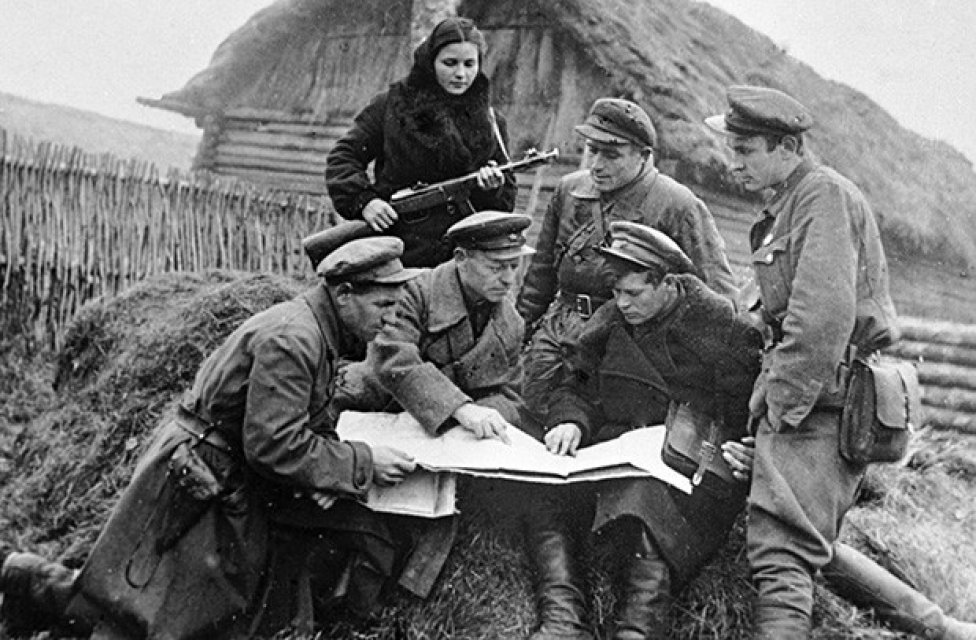 Soon, six Red Army soldiers arrived to help Merghalev, sent by the unit commander, who was caught by the wounded soldiers, but it was too late. At the bridge, where the driver was holding his position, lay 11 corpses of German soldiers and a broken machine gun, next to which the hero left a note with the address of his brother. Merghalev's feat was not forgotten. In spite of everything, he remained alive; moreover, he managed to cross the front line and joined the Red Army units. Merghalev continued the war as a member of the 65th Guards Rifle Division and finished it already as a lieutenant with two Orders of the Red Star and several medals.

In the first hours of the war, servicemen of the Brest border guard detachment, natives of Kazakhstan, distinguished themselves. One of them, Private Amanseit Mussurupov, was standing guard on the watchtower at the time of the attack; from there he opened fire on the enemy and held there until the enemy shell hit the tower. Without exaggeration we can say that, Private Mussurupov died like a hero.

The same fate befell another border guard, a Kazakh - political instructor Vyacheslav Lobanov. On the seventh day of the war, beating off another attack of the enemy, he died in an unequal battle.

Sergeant Galiulla Abdarakhmanov, who also served in the Brest border guard detachment, performed his military feat on the very first day of the war. By order of the head of the outpost, he led the attack of his squadron to the high-rises in the rear of the defensive positions of the border guards, where German paratroopers were entrenched. The attack was crowned with success, but Abdarakhmanov himself was wounded and remained in the enemy's rear. For some time he managed to hide from the local residents, but, in the end, the occupiers grabbed him. Not wanting to put up with the fate of the prisoner of war, Abdarakhmanov tried to escape, but was killed. 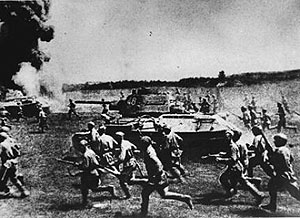 After the capture of the southern and western islands, the fascists tried to break through into the main fortification - the citadel through the Terespol gates, and at first they succeeded. However, the officer on duty at the 333rd Rifle Regiment, a former resident of Semipalatinsk, Senior Lieutenant Aleksey Fedorovich Naganov, was able to rectify the situation. By the forces of the cadets of the regimental school, he undertook a short, fierce bayonet counterattack and threw the enemy out of the gate. Then, at the head of just two rifle platoons, he organized the defense of the gate and kept them for a long time from the advancing enemy. Only heavy losses forced the brave commander and his fighters to leave the casemates and go to the cellars. There A.F. Naganov and the surviving cadets continued their resistance.

From the very first storm of the Brest Fortress, one of the foci of the fiercest resistance was the Eastern Fort, whose defense was led by the legendary P.M. Gavrilov, commander of the 44th Rifle Regiment of the 42nd Rifle Division.

Under his leadership fought called from the East Kazakhstan region Private M.A. Moskalyuk, G.E. Nosikov, I.E. Cheremnov, Almaty residents E.A. Kachanov and S.N. Lebedev, Pavlodar resident Junior Lieutenant F.D. Vivolanets. One of the rifle regiments was commanded by the former collective farmer of the Taldy-Kurgan region, Lieutenant Kariy Nurgaliyevich Ibrayev, and the deputy commander of the machine-gun company was Lieutenant N.E. Ignatenko from the North-Kazakhstan region. As part of the 455th Rifle Regiment of the same division, the position of the Brest Gate was steadfastly defended by Private A.E. Protsenko, A.S. Starodumov and Roman Khodatenko called from the North-Kazakhstan region. Most of the defenders of the fortress died in an unequal struggle.

Despite the scarcity of available data, there is no doubt that the contribution of Soldiers-Kazakhstanis in defense of Belarus from the enemy invasion in the summer of 1941 was enormous. For the most part, they fought with a strong and cunning enemy steadfastly and courageously. The foundation of the great Victory of 1945 was laid in the battles of the tragic 1941. From the recruiting points of the vast territory of Kazakhstan, recruits were sent to training detachments, then to go to distant fronts to fight for the freedom of the sister of Kazakhstan - Belarus.