A great friend of the Kazakh people 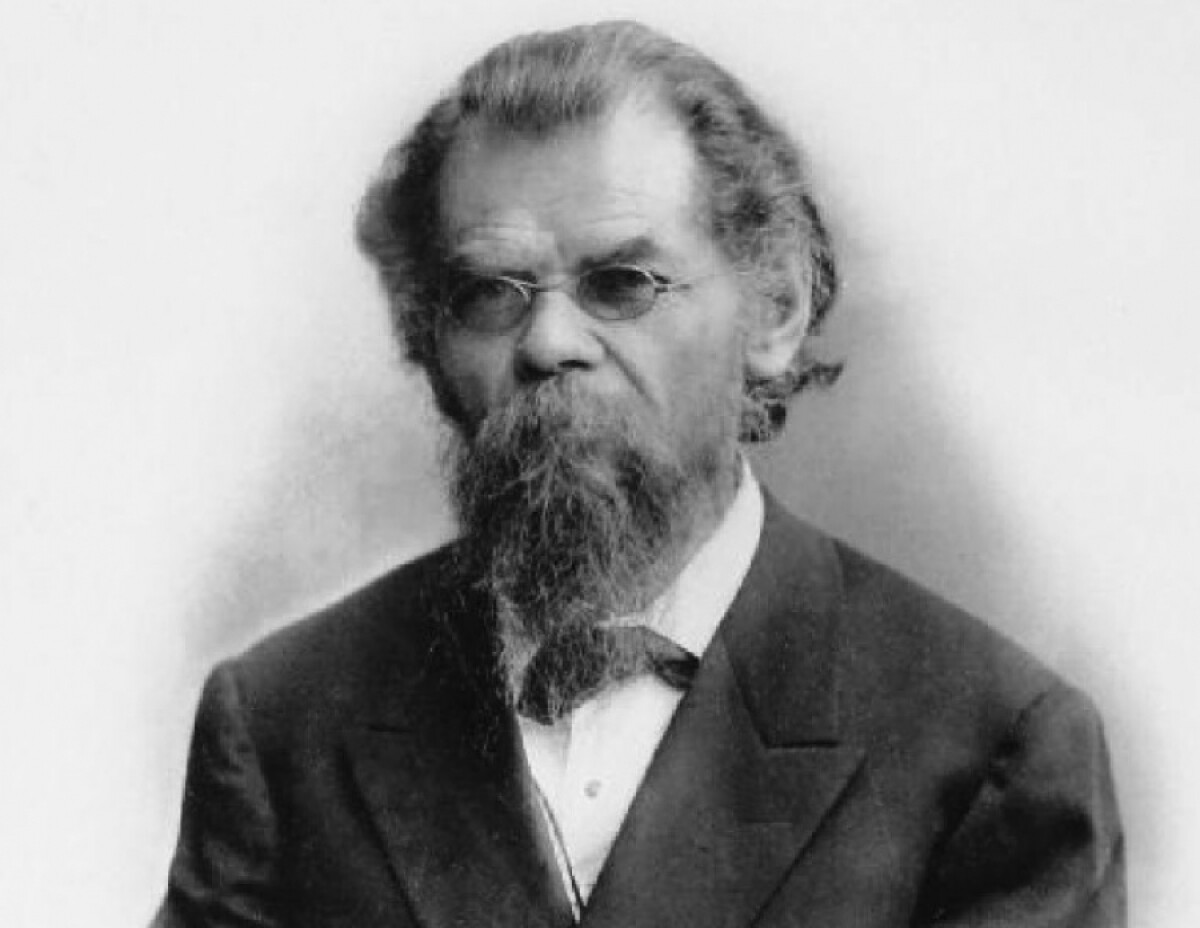 Grigory Potanin is the brightest example of care for the Kazakh people. The well-known Russian travel scientist, ethnographer, folklorist is one of the first discoverers of the region

Potanin Grigory Nikolayevich is an ethnographic scientist, orientalist, a great orientalist-traveler, a connoisseur of Turkic languages, including fluent in Kazakh.

He was born in the family of a Cossack officer. His father – an ensign of the Siberian Cossack army - was imprisoned for a crime. His mother – died. Potanin was left alone.

"G.N. Potanin is the son of a Siberian Cossack from Kyzylzhar. His father ruled a hundred Russian Cossacks in the village Suyundik of Bayanaul district. As of October 4, 1835 in the city of Yamyshevo, its Kazakh name was Tuzdy kala (Salt City), was born G.N. Potanin. After the boy was three months old, his father moved to Kyzylzhar district. Arriving at the station, the father discovered the loss of his son: the child fell out of the sleigh."

"I wanted to travel around the world at the age of three months, I fell out of the sleigh, and then I was found. Already at that time, I showed a desire to explore the world."

He was educated in the Siberian Cadet Corps. After the end of the corps in 1852 he served in the 8th Siberian Cossack regiment. In 1853 he took part in the Russian campaign in the Zailiyskiy region. In 1855 he was transferred to the Altai, from 1856 he served in Omsk in the control department of the army Cossack government.

The name of the native of the Yamyshevo village in the present Pavlodar region Grigory Potanin is inextricably linked with the name of the outstanding Kazakh scholar-enlightener Chokan Valikhanov. Together they studied at the Cadet Corps and studied the historical and ethnographic heritage of the Kazakh people in the Omsk Regional Archives. Potanin made a huge contribution to the development of Chokan studies, collecting and publishing many-sided and priceless works after his death.

It is appropriate to quote G. Potanin's words at the solemn meeting of the West Siberian Department of Geographical Society:

"Omsk is my spiritual homeland, here I once began with my late friend Chokan Valikhanov to dream about the works that I had to do alone, since my poor friend soon died, but I am sure that in the performance of those tasks that we ourselves planned, he could create a huge name for himself. As for me, I did everything I could without departing from those destinies that we once formed together."

After the end of the corps in 1855 as head of the Russian Cossacks visited Semirechye, Grigory Nikolayevich was the main ideological inspiration for the construction of the city of Almaty.

In 1859 P.P. Semenov, nicknamed Tien-Shansky, returning from Turkestan, met with Gregory and Chokan in Omsk. He felt that there was something special about these two young officers.

"What is there to get confused under your feet, go to Petersburg, study at the university," he advised them.

Young people did so: they entered the university in St. Petersburg. Potanin at the university well mastered botany - plant growing, literature and culture of different peoples, geography.

Here he meets Yadrintsev, Shchukin and other supporters of the Siberian region, who organized the Siberian community in St. Petersburg. For participation in student unrest in 1861 he was arrested, jailed in the Peter and Paul Fortress, and then exiled to Siberia.

In 1862, he arrived in Omsk, where he took an active part in the discussion of the new regulations on the Siberian Cossack Host.

In 1863, he was part of the commission that marked the border between Russia and China; after studying Kazakh literature, he conducted a comparative analysis of Kazakh literature with literature of Altai Turks; he made a significant contribution to the history of human development.

In the fall of 1864 he moved to Tomsk, actively participated in the informal department of the newspaper "Tomsk provincial statements". In 1865 he was arrested and, along with Yadrintsev, transferred to Omsk, where an investigation was carried out into the case of the "Siberian separatists". Together with his comrades he is held first in the prison castle, then at the military guardhouse. At this time, Potanin seeks permission to work during prison with materials from local archives. As a result, he prepared a book "Materials for the History of Siberia", published in Moscow in 1867 and several articles. As "the main attacker", he was sentenced to 15 years of hard labor by the Senate. The State Council and Emperor Alexander II reduced it to 5 years with subsequent lifelong exile to remote areas of the Russian Empire. Before sending to penal servitude over him in Omsk, a civil execution was carried out on the market square. Until November 1871, he was in Sveaborgskaya prison, then exiled to Totma and Nikolsk of the Vologda province. Being in exile, together with Yadrintsev actively cooperated in the "Kamsko-Volzhskaya Gazeta", defending the ideas of the Siberian region.

In 1874, he was released from exile with the right of residence in any city of the country. After his release, he fully devotes himself to scientific work.

Since 1876 G. Potanin has been actively participating in a number of scientific expeditions to collect materials on the geography of poorly studied regions of the Russian Empire, including their ethnography, folklore, botany and economics.

During the expeditions he collected invaluable material about the inhabitants of Mongolia, Greater Khingan, Transbaikal, Altai and the Kazakh steppe - Bayanaul, Syrymbet, Zaisan, Tarbagatai. The study of Kazakh legends and fairy tales recorded both in the original language and in translation into Russian, was reflected in scientific works.

In 1881, the Russian Geographical Society published the work of Potanin - "Essays of North-Western Mongolia. The results of the journey, executed in 1876-1877" with a map of the trip from Zaisan to Ubsa Lake.

The author of about 240 fundamental works G. Potanin for work on "Legends and tales of Kazakhs and Altai Turks" in 1886 was awarded the Great Konstantin medal of the Imperial Russian Geographical Society. He was one of the founders of the Siberian region; put forward the idea of ​​developing the Siberian region.

Potanin did much for the development of the cultural life of Siberia. He was the initiator of the establishment of scientific societies, museums, newspapers, expeditions and so on. He was the author of many scientific articles, "Memoirs", published in the "Literary Succession of Siberia" in Novosibirsk, in volumes 6 and 7 in 1883 and 1887. In this work he paid much attention to his stay in Omsk.

In 1915, the City Duma of Omsk awarded him the title of "Honorary Citizen of Omsk" in connection with the 80th anniversary.

In July 1917, Potanin who knew Kazakh language well, participated in the First All-Kyrgyz Congress in Orenburg as a delegate from the Semipalatinsk region and was elected as a delegate to the All-Russian Constituent Assembly.

In October 1917, he became anti-Bolshevik. He formed with Derber the so-called "Potanin-Derber group", which had great influence in Siberia. But as a result of the development of Bolshevism and the intensification of internal strife, the group lost its former influence. He took part in the Siberian congresses of the end of 1917. At the 1st Siberian Emergency December Provisional Regional Congress, the 1st regional organ of Siberia, he was elected the head of the executive committee.

Potanin spent his last years in Irkutsk, Krasnoyarsk and Tomsk, making trips to the Altai, Transbaikal and the Kyrgyz steppe to collect folk legends, fairy tales, and beliefs in order to supplement ethnographic works.