Home News The idea of enlightenment on the Kazakh land

The idea of enlightenment on the Kazakh land 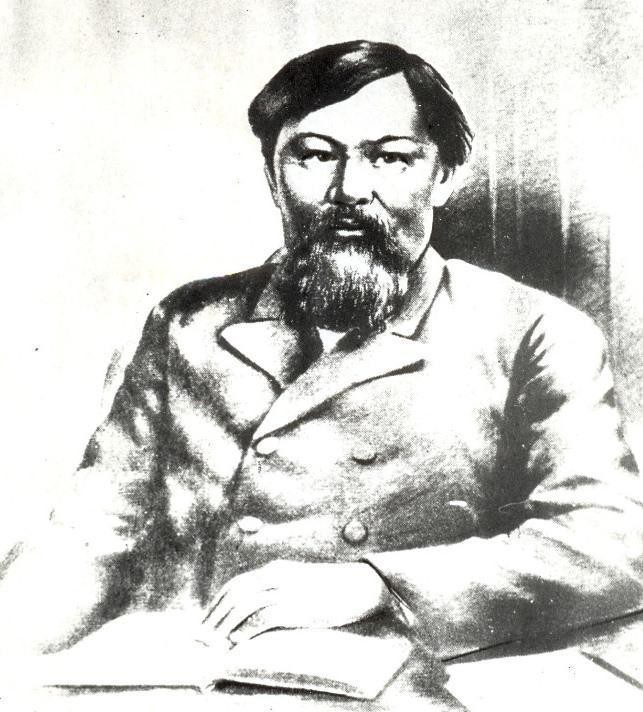 Ybyrai Altynsarin entered the history of public thought and literature of Kazakhstan as a remarkable educator, writer, folklorist and ethnographer

The ideas of enlightenment in the 16th century were the most urgent in the spiritual sphere in many countries of the world. Enlighteners, defending the freedom of the people and man, placed all hopes on peaceful transformations. They believed that the existing social inequality came from the irrationality, ignorance of people. Therefore, the main goal of the Enlightenment announced the enlightenment of the people. After all, they, in their opinion, by their unreasonableness accepted the existing order.

A beneficial effect on the spiritual life of the Kazakh people was the spread of democratic Russian culture and social thought. Under its influence, the world outlook of the outstanding Kazakh enlighteners Chokan Valikhanov, Ybyrai Altynsarin, Abai Kunanbayev was formed. All their activities and creativity vividly testified to the progressive nature of Kazakhstan's accession to Russia, the traditional and indissoluble friendship of the Kazakhs and Russians, which developed in addition to the will of tsarism. 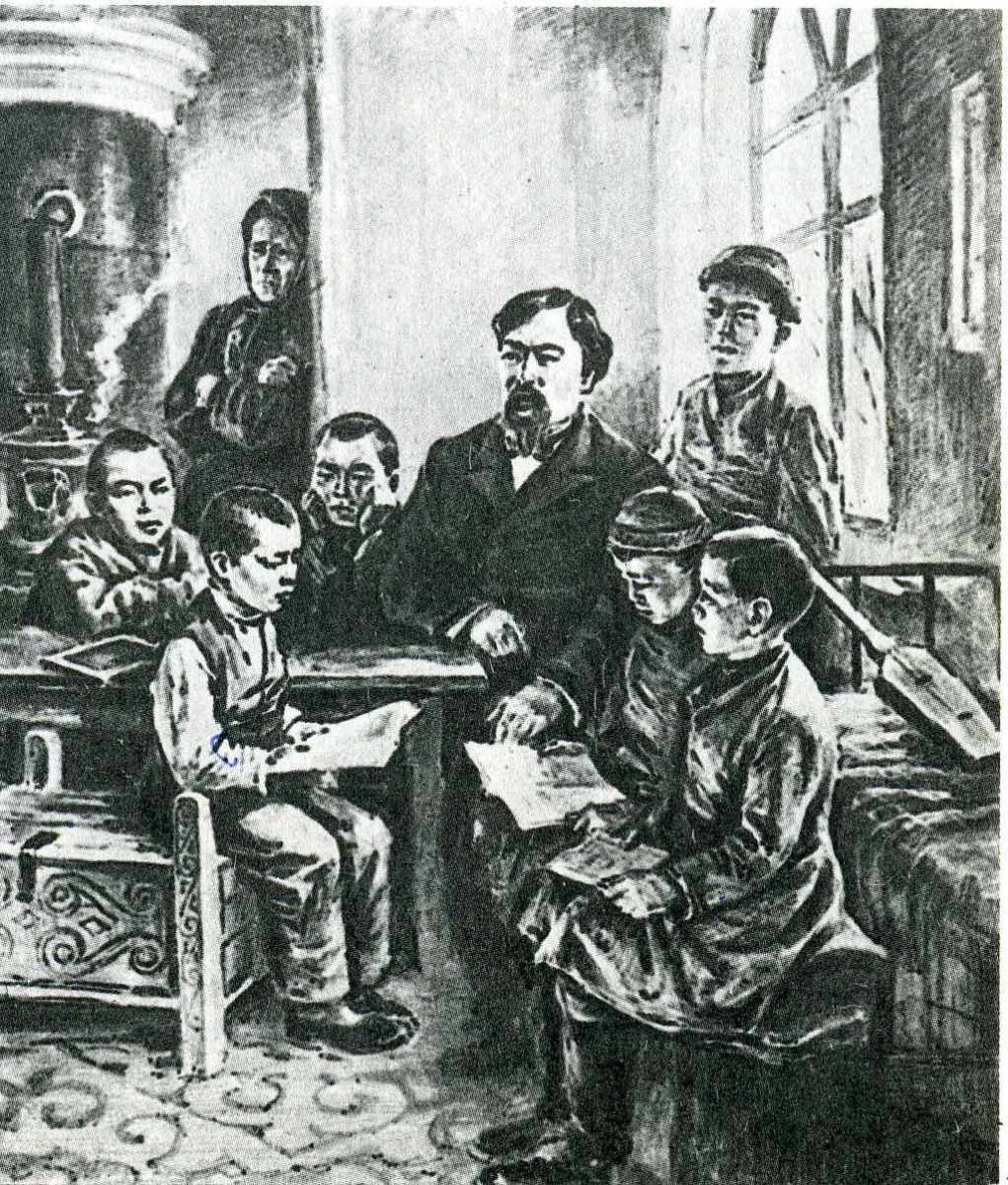 The Kazakh people's great desire for knowledge and culture was clearly expressed by these remarkable representatives. In familiarizing the Kazakhs with advanced culture, they saw the only sure way out of the medieval darkness in which society was. Ybyrai Altynsarin, a prominent Kazakh educator, is widely known in the history of public thought, culture and literature of the Kazakh people as an outstanding pedagogue and innovator of new schools, ethnographer, folklorist, poet, prose writer and translator of Russian classics.

Ybyrai Altynsarin was born on October 20 (November 1) in 1841 in the Arakaragai Volost (now the Altynsarin district of the Kostanay region). His father Altynsary Balgozhin died when Ybyrai was not even four years old. The boy was brought up in the house of his grandfather, the famous biy Balgozha Zhanburchin. Balgozha at that time was one of the most authoritative biys in the entire Middle Horde and enjoyed great influence among the ruling elite of the Kazakh society.

In 1850, when Ybyrai turned 9 years old, in Orenburg, the administrative center of the Turgai region, the first special school for Kazakh children was opened, where Balgozha gave his grandson. Gifted, lively and diligent, he from the very first days of school life stood out among his peers. Teachers immediately drew attention to the gifted boy, who diligently perceived everything that they explained, deeply delving into each subject studied. Ybyrai quickly and well mastered the Russian language, the study of which paid special attention.

In 1857, Ybyrai Altynsarin graduated from high school and received a commendable response as the best student. In the distribution he was left as interpreter of the Orenburg province Administration. The next two years Altynsarin perseveres independently, significantly deepening his knowledge in the field of Russian literature. He studies the history of his people.

In 1860, the regional government commissioned him to open an elementary school for Kazakh children in the Orenburg fortification, (Turgai) in which he was appointed a teacher of the Russian language. It was not easy to open a school in a remote town: there was no money, no support from the regional government and local authorities. However, the difficulties did not stop Altynsarin.

The building of the school of Altynsarin

January 8, 1864 the grand opening of the school. So began the educational activities of Altynsarin. Some time he worked in the Turgai County Office as a clerk, acted as a senior assistant to the county governor, temporarily - a district judge.

In 1879, Altynsarin was appointed to the position of school inspector of the Turgai region. In this post he worked for the rest of his life.

In 1883, Altynsarin moved to Kostanai County. In his native village in Arakaragai volost, three kilometers from the city of Kostanai, on the bend of the Tobol River, on an island where there was a small lake, later named Inspector, he built a house where he lived and worked until his death.

Altynsarin died on July 17, 1889 and was buried in Kazakh customs with a huge crowd of people near his house on the bank of Tobol next to the grave of his father. Before his death Altynsarin was awarded the rank of State Councilor, which at the time corresponded to Major General of Infantry. 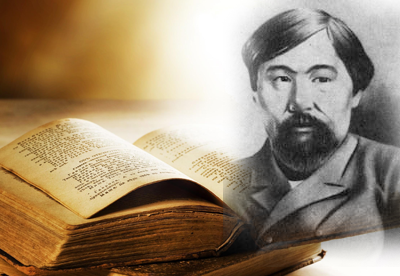 Outstanding historical merit of Altynsarin lies in the fact that, on his initiative, with his direct participation, a network of popular secular schools was established in Kazakhstan. During his lifetime, he managed to open four two-class central Russian-Kyrgyz schools, one vocational school, one women's school, five volost schools, and two colleges for Russian village children.

Schools created by him, after his death, continued to exist, but they could not work out. A new page in the history of schools of Y. Altynsarin opened after the victory of October: they were transformed into Soviet labor schools. One of such schools in his homeland, in Kustanai, was transferred to the People's Commissariat of Education of the Kazakh SSR in the 1920s and reorganized into a school-commune. Then before the Great Patriotic War - it was transformed into a secondary school with a boarding school for pupils. It was given the name of its founder Ybyrai Altynsarin.

Altynsarin invested a lot of work in the training of teachers for primary public schools in the region, primarily from Kazakhs. On his initiative a teacher's school was opened in Troitsk, a little later transferred to Orenburg.

Altynsarin not only opened secular public schools, but also developed didactic principles for teaching and educating children, created educational and methodological aids, regularly carried out inspectoral control, visited every school every year, took care of creating a library for each school.

About three years he spent on the development of the Kazakh alphabet on the basis of Russian graphics. Even before the appointment to the position of school inspector of the Turgai region, Altynsarin started compiling teaching aids for students of Russian-Kazakh schools. In 1879 two textbooks "The Kyrgyz Reader", "The Initial Guide to Teaching Kirghiz to the Russian Language" were published. Both books occupy a special place in the history of Kazakhstan's culture as monuments of written literature, as well as teaching aids built on a scientific basis. The journalistic heritage of Ybyrai Altynsarin is of great artistic, historical and cognitive value. The main part of it is the correspondence of the Kazakh enlightener with Russian friends, teachers and various rank representatives of public education.

Altynsarin acted as a scientist - an ethnographer. His essays reveal the conservative essence of patriarchal and feudal life and customs of Kazakhs. Special attention should be paid to the works of Y. Altynsarin, devoted to the transformation of the socioeconomic structure and the life of the Kazakh aul.