Fate at the change of epochs 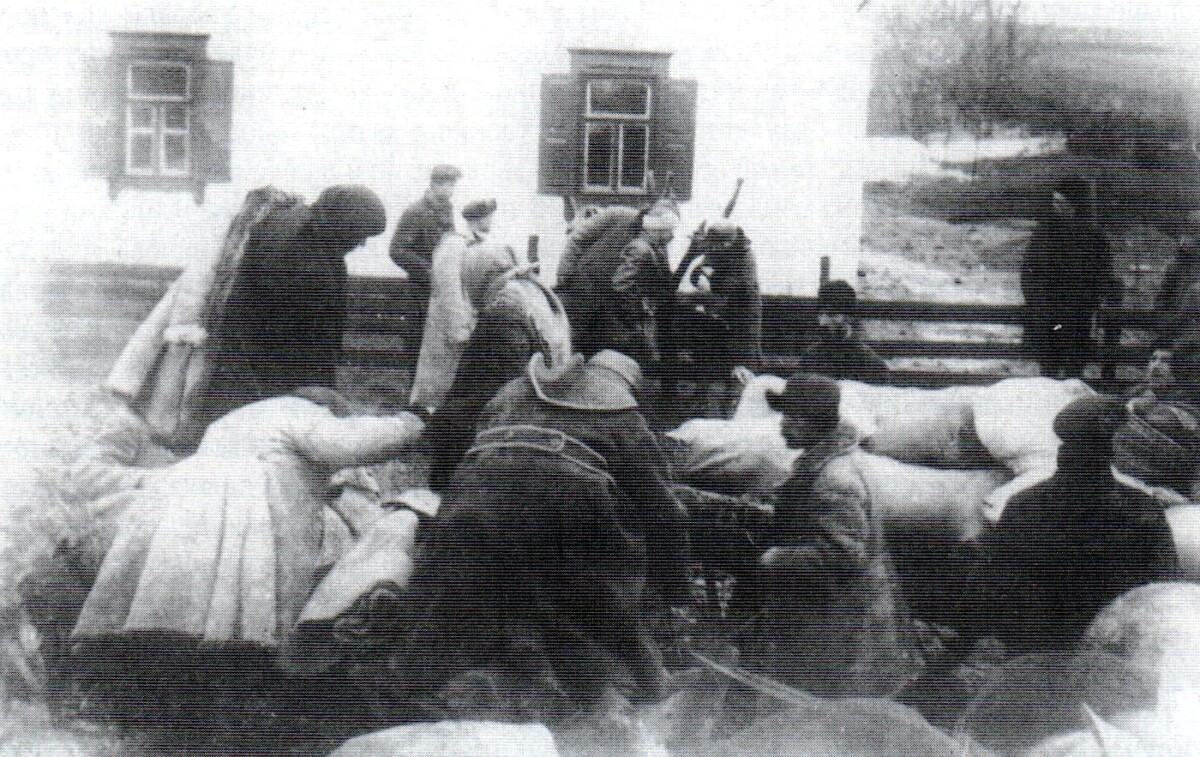 Local historian D. Ayashinov tells about the fate of one of the first pilgrims of Pavlodar region Mergalym-kazhy. Went on hajj at the end of XIX century, he suffered repressions during the Soviet era

In the center of aul No. 6 near Aksu (Pavlodar region) there is a small Muslim cemetery on the territory of which there are several old graves with tombstones. One of it is very revered, since the well-known Mergalym-kazhy, one of the first pilgrims of Pavlodar Irtysh region, rests here. 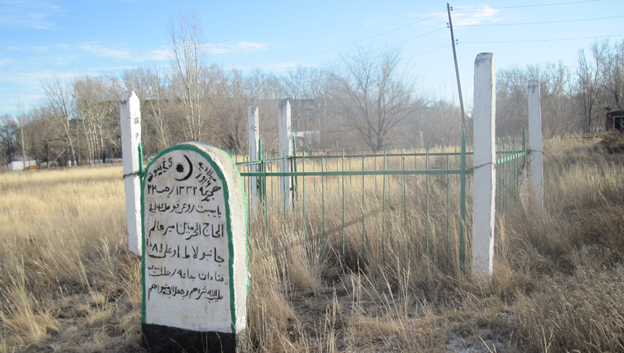 According to the inscription, it is possible to determine the exact years of life of the kazhy: 1833-1914. Shezhire (genealogical tree) of Mergalym-kazhy: Mergalym-Zhanbolat-Zhanseit-Kuttymbai-Matai-Besen-Baimbet-Kokshekoz-Basientiin-..-Argyn. In Erkebulan Ibragimov's personal archive (the great-grandson of the kazhy) the photo of Mergalym, made by the Pavlodar photographer in 1910 (the name is unknown) was preserved. 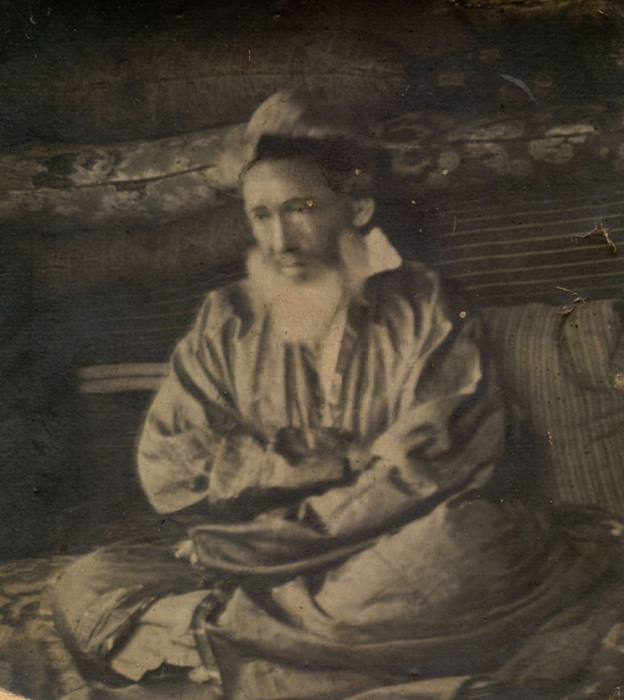 In 1887, Mergalym filed a petition for permission to visit Mecca and Medina and a certificate of residents of aul № 4 of Altybaev Volost in Pavlodar district. 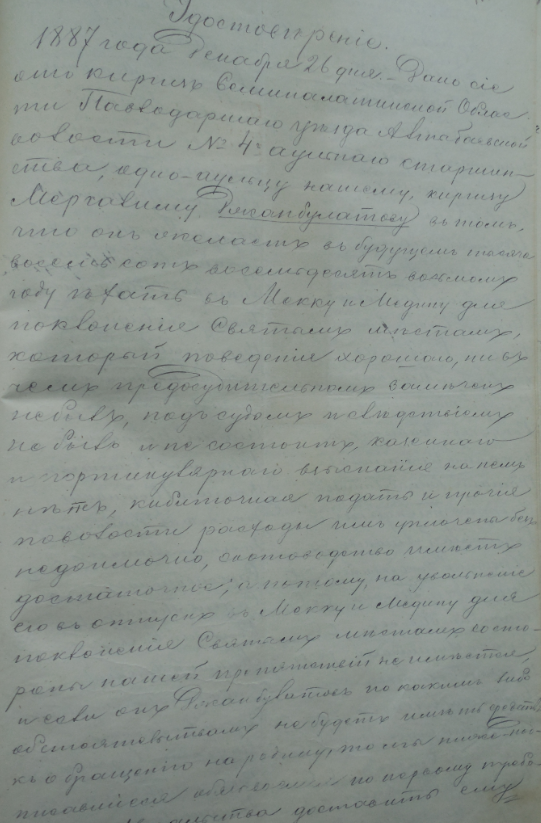 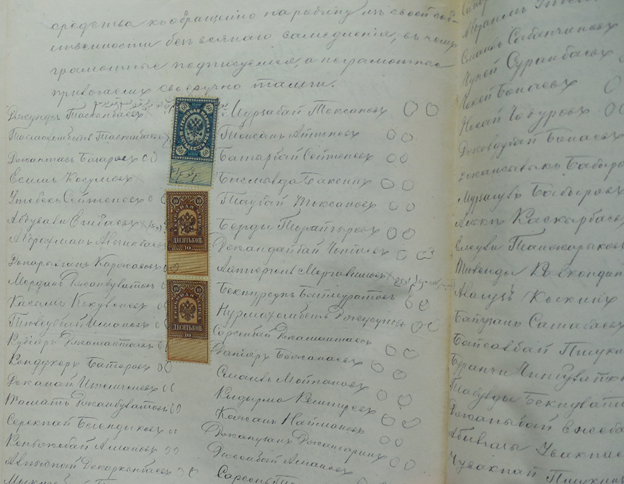 The first problem faced by those wishing to go on a pilgrimage during these years was the high cost of this trip. The second complication was the bureaucracy of the administration of the Russian Empire for the design of a foreign passport.

According to the data on the confiscation of property of the Bay farms in 1928 (the sons of Mergalym: Yskak and Ybraim (Ibrahim), the father of the Zhanbolatovs - Mergalym was very rich, had up to 1,000 heads of livestock in the farm, had his own shops throughout the Irtysh within the county, and also trading place on Kuyandinskaya fair.

It took more than one year to go to Mecca and Medina from Semipalatinsk region. For example, Kurbangali Khalid, who went on a pilgrimage in the XIX century, left Semipalatinsk on February 15, 1897 and traveled to Medina only in January 1898. He traveled through Russia, Poland, Austria, Hungary, Bulgaria, Turkey, Pakistan, Jerusalem, Egypt, and then to Saudi Arabia. According to the descendants, Mergalym-kazhy went on hajj twice.

The history of the burial place of the kazhy, which was told me by the inhabitant of the 6th aul - Karatai Abenov, is interesting:

Even during his lifetime, Mergalym bequeathed his children to bury him at the Kron-Bie tract, which was a considerable distance (60 km) from the village where the kazhy lived; explaining his choice a premonition that the lands near the village can be selected by "kaffirs". It is not known for what reasons his will was not executed, and in 1914 the kazhy would be buried in the cemetery near his native village. Passing for more than 45 years, already Soviet builders will start to pave the way for a major construction of those years - Ermakovskaya GRES. According to the project, the road had to pass through the old cemetery. Although the locals appealed to the administration of the construction site with a demand to change the route, but the work continued, and the construction approached the graves. To everyone's surprise one of these days broke first, and then the second excavator, carrying out construction work. After several days of downtime (apparently not without the efforts of local residents) the builders changed the route, and the road passed around the cemetery.

On this occasion, there is another recollection of Erkebulan Ibragimov:

To our father in the early 60s, we were visited by a former clerk and a close person of Ibrahim called Akhmet who traveled with a letter from residents of the 6th aul with a request to preserve the burial place for the then Chairman of the Supreme Soviet of the USSR Leonid Ilich Brezhnev and the question was resolved positively.

In 1893, 1895, 1901, 1904 the son of Mergalym - Yskak is elected biy by the village No. 4 of the Atybayev Volost of Pavlodar district. According to the information of the Shcherbina expedition from 1898, the farm of Mergalym Zhanbolatov and his sons own 471 horses, 32 camels, 485 cows and 410 sheep. Their farm was located on the tracts of Karatogay and Baszhyra, on the left bank of the Irtysh. According to the results of the 1908 elections, Yskak Mergalymovich Zhanbolatov was elected as a volost governor of the Altybaev volost. In this position he ruled before the reforms of 1918. Yskak’s younger brother Ibrahim is an honorary merchant of the 2nd and 3rd guilds.

In August 1928, the CEC and the Council of People's Commissars of the Kazakh ASSR adopted a decree "On the confiscation and eviction of the largest bay farms and semi-feudal lords." Ibrahim and Yskak Zhanbolatovs came to the lists No. 1 in Pavlodar district. Documents of confiscation and deportation of the Zhanbolatovs have been preserved in the Central Archive of the Republic of Kazakhstan.

The deportation and confiscation act of Ibrahim Zhanbolatov.

Family consisting of: Ibrahim - 44 years, wife Nurila - 43 years old, second wife Bigash - 28 years, daughter Kabira - 13 years, son Shamshi - 19 years. Shamshi’s grandmother Bipa - 77 years old. In total 6 people. They have 200 heads of cattle, 250 heads of small animals, a wooden house, two yurts, 5 road carts and 2 trucks, operate 6 workers and have an income of 50 000 rubles in gold from the import and trade. He supported the activities of the Alash party. They subjected to complete confiscation and deportation to Aktobe County. September 2, 1928. The deportation and confiscation act of Yskak Zhanbolatov. 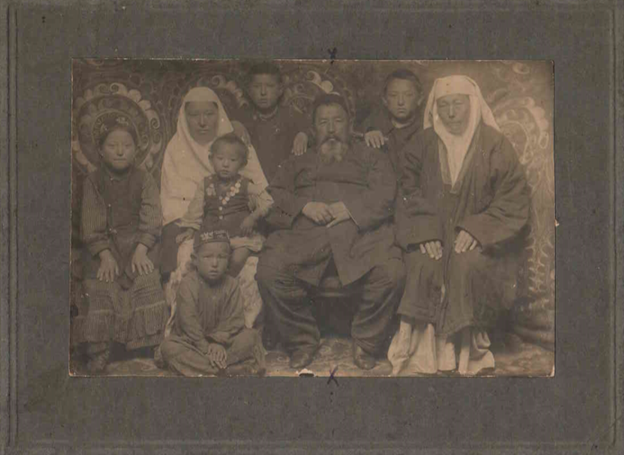 On the way, the family of Yskak Zhanbolatov (in the village of Karabulak, Slavgorod District, Siberian land (Omsk Region) was forced to stop because of the death of the head of the family - Yskak. The deceased's wife, Calima, forms an application (dated 6.12.1928) with a request to allow the family to return to their native lands because of the death of Yskak and lack of means of subsistence. But she receives refusal. The further fate of the family is tragic. According to the decision of the Soviet punitive bodies, the family of the former parish governor would be deported to the Turukhansk region. A group of dekulakized families from Ukraine and the Yskak family sailed on a barge along the Yenisei, where typhoid fever began. Women and little sisters of Zeynolla fell ill and died; the bodies of the dead were thrown into the river. Zeynolla with his elder brother, survived, were landed on a deserted beach in the Turukhansk region, where the elder brother was killed, and Zeynolla survived.

The Ibrahim family would also be deported from the Aktobe district to the Krasnoyarsk Territory. 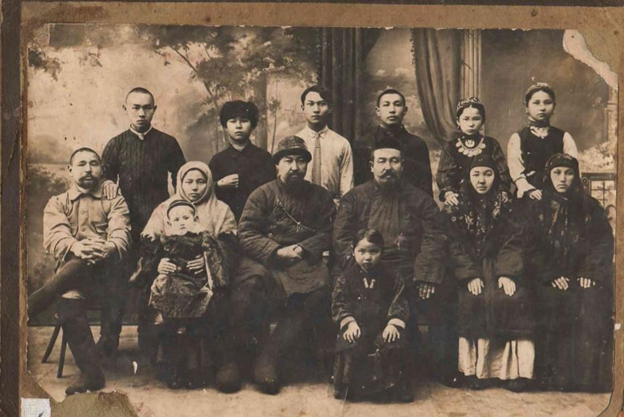 Photo of the families of Ibrahim and his wife's relatives, 1926 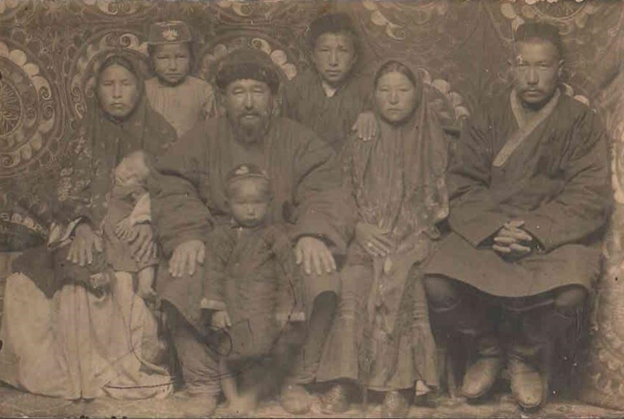 From the story of grandson of Ibrahim - Erkebulan Ibragimov:

Our father Shamshi at this time with grandfather Ibrahim was in exile to the station Klyukvennaya of Krasnoyarsk region. In the late 30-ies they heard that in Krasnoyarsk, a fellow Kazakh works as a plant's komsomol. My father decided to find out if he was maybe one of our relatives and went there. It was Zeynolla. The war separated them again. Zeynolla is a participant of the Second World War. After the war, he lived in Moscow and was married to a Russian woman, Aunt Tanya, who kept him faithful and devoted to love. Zeynolla died in the early 60's from heart disease. From him in Moscow, 2 daughters: Galiya, born in 1946 and Halima, born in 1951.

The father (Shamshi) came to Frunze today Bishkek to his cousin Kapar (the son of Ismagul Mergalymovich Zhanbolatov) after the war, who before the war worked as the head of the cadre in the People's Commissariat of Health of Kyrgyzstan, but on the denunciation was imprisoned in the OGPU, where he stayed for 4 months and was released. After the war, Kapar was again in Frunze. He invited my father Shamshi with his son, a teenager, Arstanbek, who was ill with tuberculosis in warm regions. Arstanbek’s mother by that time died of the disease. In these postwar years, my father married my mother Insar of the Uysun family. Arstanbek never recovered from the disease and died on the hands of my mother, who loved him very much. My mother died rather young at 54 in 1971. Kapar's younger brother, Shakirzhan Ismagulov, a veteran of the Second World War, a Chevalier of the Order of the Red Star who served in the field military intelligence, lived with us in Frunze. For a long time he worked as an accountant in the Republican Statistical Office, later as chief accountant of the Exhibition of the National Achievement and Economy of the Kirghiz SSR. Unfortunately, there were no descendants left of him. We, the descendants of Ibrahim from Shamshi's son, three brothers Erkebulan, Anvar and Serik live in Kirgizia, married to Kyrgyz with the names of Jyldyz, Jamilya and Gulshan. Sister Kulsum, and her daughter Zemfira with children, my daughters Asel, Aizhan and four grandchildren already live in Austria for a long time. My son Serzhan and his family live with us. One of my nephews - Ermek lives in Almaty. Other nephews Bakhtiyar, Bakyt and Daniyar live in Bishkek. In Pavlodar live Bagdat, the son of Kabira - the daughter of Ibrahim and the great-grandson of Junus - the son of Mergalym - Kabylbek. To us often in 60-70 years came Bauken - the son of Ayapbergen elder son of Mergalym and Manap - son of Zhuken (Zhunus Zhanbolatov), Sultan - nephew of Kapar. The destinies of their children and the other descendants of Mergalym are unknown to us. After reading this information, they may respond.

Recently I watched domestic release "A Road to Mother". I do not remember a film recently that would make me shed a tear. I sincerely sympathized with the heroes who survived the most tragic period in the history of the fatherland. And, perhaps, in each aul of our vast homeland there will be bright personalities of the XIX century, whose descendants have borne the whole burden of the Bolshevik coup, repression, famine and loss of the Great Patriotic War. A short narrative of the fate of the family of the revered Mergalym-kazhy is a vivid proof of this.