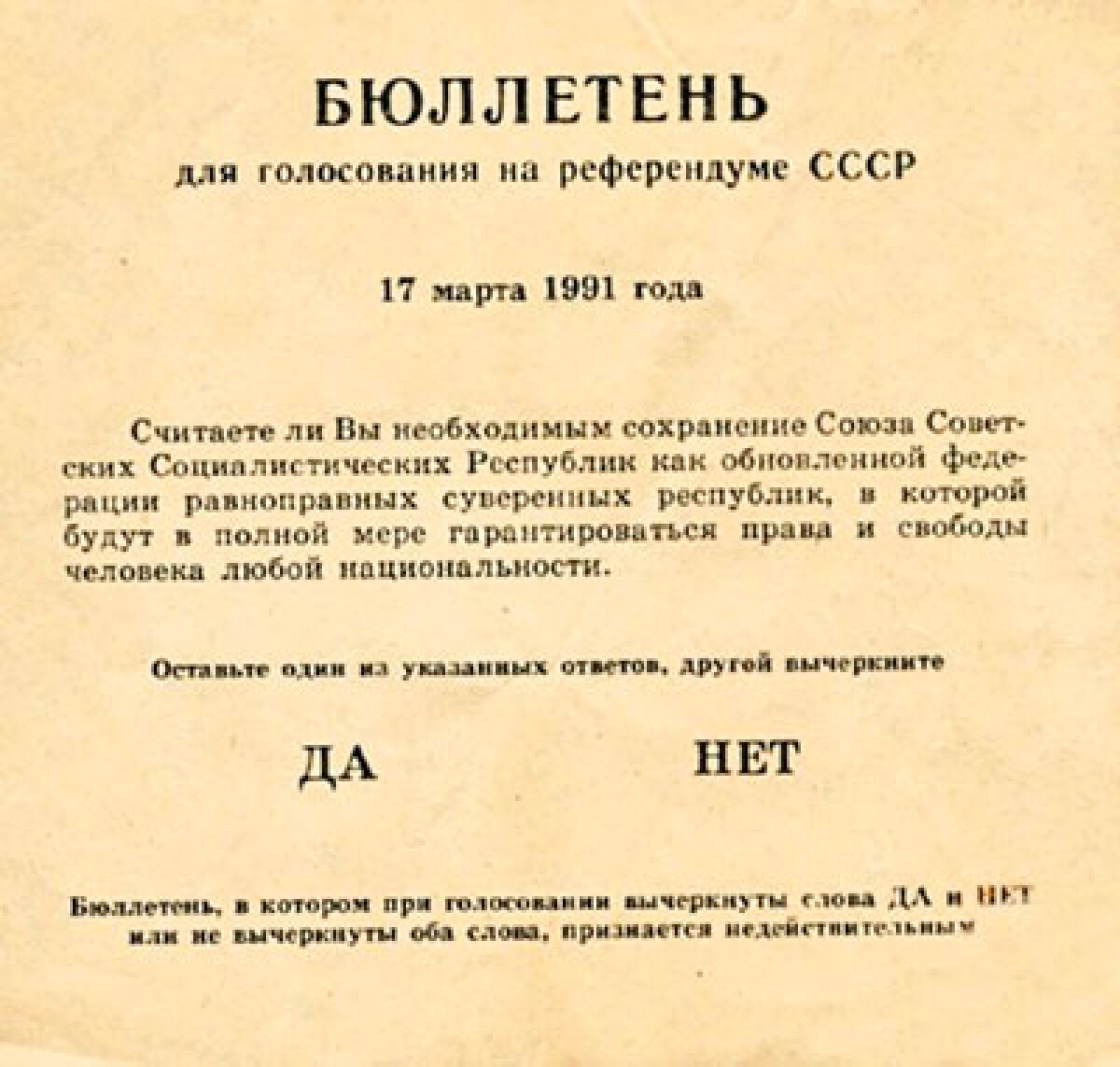 On March 17, 1991, the only referendum was held in 70 years of the existence of the Soviet Union

The citizens of the Soviet Union were asked:

“Do you consider it necessary to preserve the Union of Soviet Socialist Republics as a renewed federation of equal sovereign republics, which will fully guarantee the rights and freedoms of man of any nationality?”

In the Kazakh SSR, voting at the referendum of the USSR was held on the issue formulated by the Supreme Council of the Republic: "Do you consider it necessary to preserve the USSR as a Union of equal sovereign states?" At the same time, the Presidium of the Supreme Council of the Kazakh SSR officially asked to include the results of voting in the general results of the referendum of the USSR. 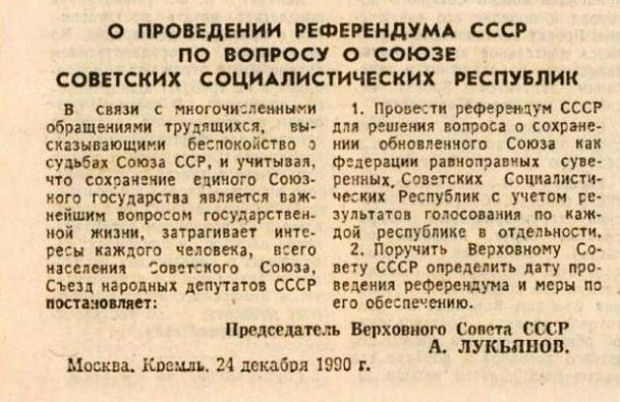 The decision to hold a referendum was adopted on December 24, 1990 at the Fourth Congress of Soviets of People's Deputies of the USSR.

In the Kazakh SSR, 94.1% of the voters called for the preservation of the Union, 5% answered negatively and 0.9% of the ballots were declared invalid. 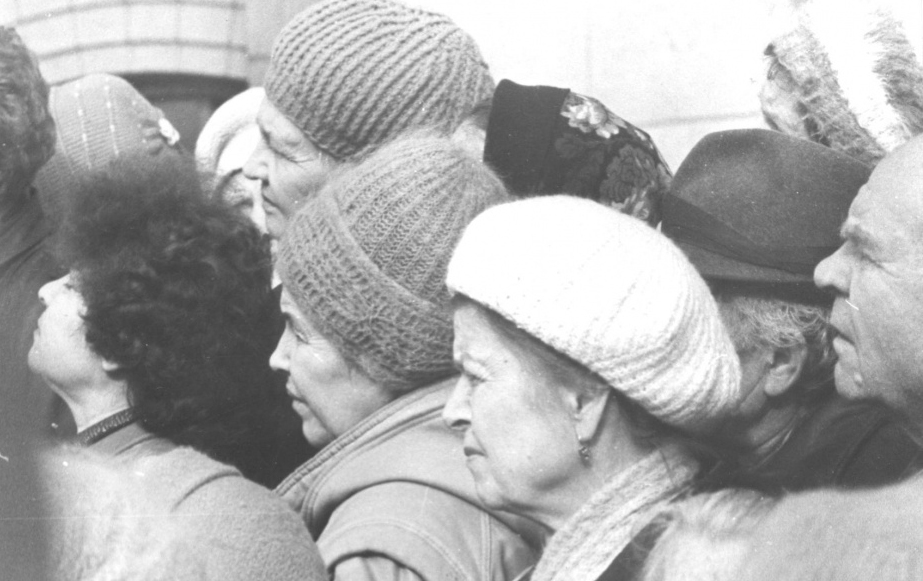 The highest percentage - 95 and higher, answered "yes" to the Union showed areas: North Kazakhstan, East Kazakhstan and Kokchetav, as well as the cities of Kustanai, Uralsk and Tselinograd.

Based on the results of the referendum, the draft treaty "On the Union of Sovereign Republics" began to be signed, which was scheduled for August 20, 1991. However, the party elite, realizing that in this way it would lose both power and privileges, organized the August putsch and the signing of the treaty fell through. Created GKChP tried to remove Gorbachev from the post of President of the USSR. A second draft on the "Union of Sovereign States" was also being prepared, but it did not take place because of the strengthening of centrifugal tendencies.

Thus, despite the results of the referendum, the USSR ceased to exist as a result of the signing on December 8, 1991 of the Belovezhsky agreements by the leaders of the RSFSR, Belarus and Ukraine.