Nursultan Nazarbayev and Kazakhstan model of world and accord 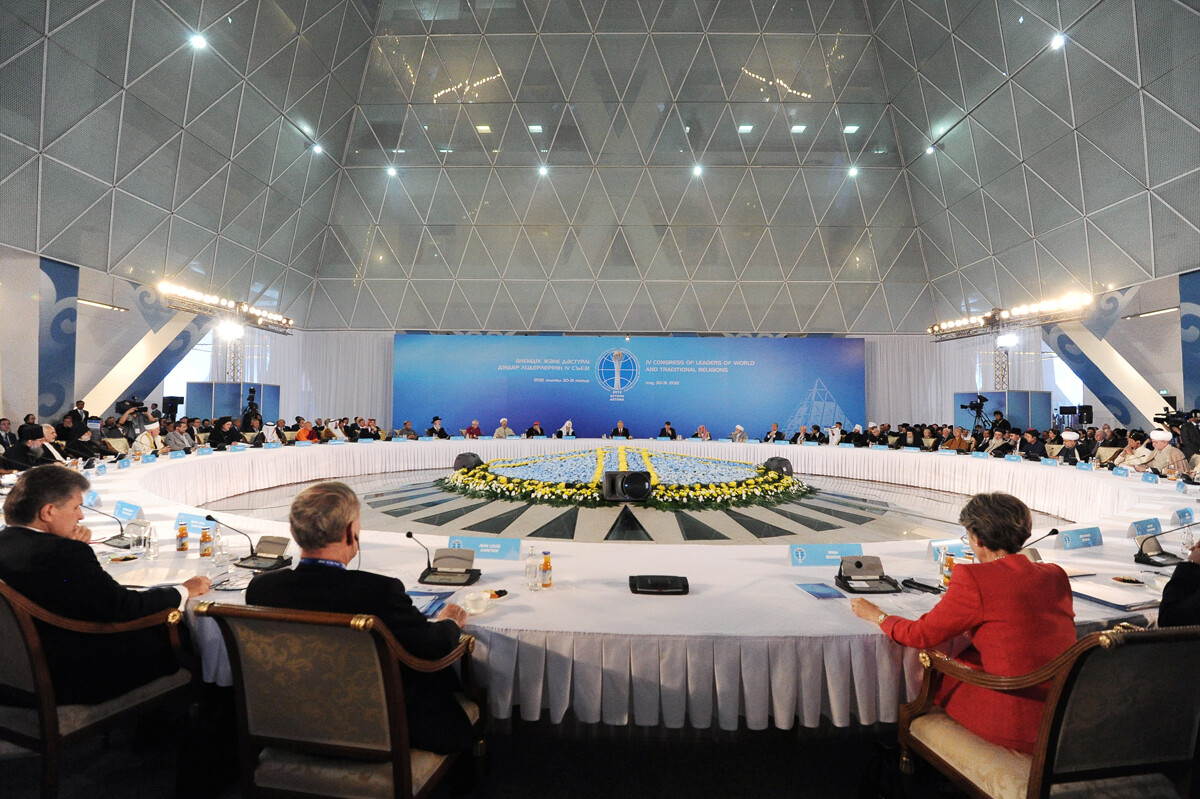 Interethnic and interreligious relations in the republic serve as a model for many countries. In Kazakhstan historically formed the traditions of the world and accord

To understand the meaning of occurred changes for last quarter of the century in religious sphere, it should be taken into account that in the Soviet time the confessions were under the harsh pressure of atheistic ideology. The official line was the politics for the ousting of religion from social life. However, the religion stood up in XX century, and ultimately, it happened to be more resilient than atheistic political institutes. 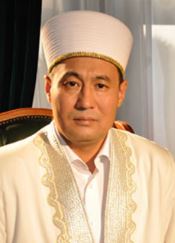 Kazakhstan – the country from the confessional point of view, predominantly Muslim. In 1990 in Kazakhstan was created the independent institution. Spiritual Directory of Muslims of Kazakhstan (SDMK), which organizes the activity of religious unions, mosques and enters the external affairs with foreign Muslim organizations.

Religious leaders of Kazakhstan make contribution to the civil accord. One of the main factors of stable development is the inter-confessional dialogue, that comes from the statements of the Constitution of the Republic of Kazakhstan, forming the equality of citizens of the country regardless of national and religious adherence.

Citizens of the country have the right to defend and realize their ethnic and cultural interests. To the religious belief for the years of independence more or less returned in its essence all the ethnoses of Kazakhstan. In the country can be noticed the growth of believers. The Islam is being developed, the Orthodox church is reborn, Jewish confession is realizing its activity, Protestant’s unions function.

Along with that the distribution of non-traditional religious cults recalls the certain concernment of population, as it can bring to the social disorientation of the youth. In some aspects of confessional relations the complex situation. In the country are subjected to persecution the religious movements, conducting extremist propaganda.

Islamic religion is practiced in Kazakhstan, on the assessment of analysts, about 70% of population. First of all, these are Kazakhs, also the whole number of ethnic groups: Uigurs, Tatars, Uzbeks, Turks, Dungans, Chechens, Azerbaizhans, Bashkirs, Ingushs, Kurds.

Total majority of Kazakhstan Muslims comprise the Sunnites, and only small part of believers adhere the Shiit course. The second widely spread religion in Kazakhstan is the Orthodox Christianity, which mainly is practiced by Russians, Ukrainians, Belarusians and other ethnoses. Also, are present the Catholic Christianity, Judaism and Buddhism. In 1990 in the country were registered 671 religious unions, in 2002 - 2,6 th., and I 2007 – 3,4 th., in 2009 – more than 4200, and in 2015 – 3563. In the Republic of Kazakhstan special days-of connected with main confessions of the country: 10 Zul-khidzh (10 Zul-khidzh on the calendar of Khidzhra shifts annually to 10-11 days back) – Kurban-ait and 7 January – Orthodox Christmas.

In 2009 was carried out the census during which the respondents were asked the question on the attitude to religion. Results of the census showed that the overwhelming majority of residents of Kazakhstan related themselves to this or that religion (appr.97% of the population), only 3% of the respondents declared that they are the non-believers or refused to give the response for the asked question. For the years of independence Astana became not only the huge political, public and scientific, but also spiritual center. In the capital of Kazakhstan are presented the temples of all the basic world religions. 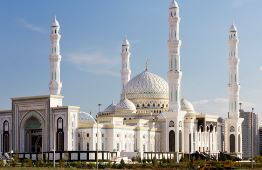 6 July 2012 in Astana the Head of state Nursultan Nazarbayev participated in the ceremony of the opening of the cathedral mosque “Khazret Sultan”. Cathedral mosque is one of the most beautiful architecture constructions of the capital and embodies the spiritual wealth of Kazakhstan people.

The biggest in Central Asia mosque in the time of Muslim holidays will be able to contain up to 10 thousand people. The new mosque “Khazret Sultan” is called to become multifunctional spiritual and cultural-enlightenment center of Muslims in Kazakhstan.

Besides, in Astana functions the Orthodoxian Holy Assumption Cathedral, Cathedral of Roman Catholic Church, the biggest in Central Asia synagogue Beit Rakhel – Khabad Lyubavich. Temple constructions of Astana confirm the mission of Kazakhstan as the country of tolerant co-existence of various confessions as the recognized place of conduct of the meetings of leaders of world and traditional religions. 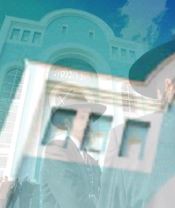 The opening of synagogue. Astana, 7 September, 2004

In 1995 Kazakhstan visited His Holiness Patriarch Alexy II. Not long before that the believers were returned the fascinating gift  of architecture – the Russian Orthodox Christian Cathedral (Svyato-Voznesenskiy Cathedral) in Almaty. In Karaganda Alexy II served the funeral for the victims of repressions and highly evaluated those great efforts, that are undertaken in Kazakhstan for the sake of stability and peace in the society and souls of people.

Great social-political and international resonance caused the visit to Kazakhstan of the Pope John Paul II in 2001.

Pontifex of Roman Catholic Church met with the President of the Republic of Kazakhstan, celebrated Mass in  Astana city, delivered speech before the publicity in the building of Congress-hall, read lecture in Eurasian National University named after L.N.Gumilyev. 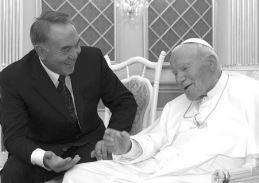 “Peace to your house”. Nursultan Nazarbayev and John Paul II

In January 2010   the Patriarch Kirill, who met with the President of Kazakhstan, dedicated the new Holy Assumption Cathedral in Astana visited the capital of Kazakhstan.

Later, the patriarch conducted meetings with publicity in Almaty. 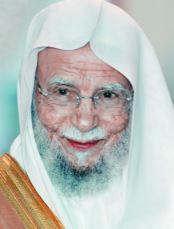 Not once in 2003, 2006 and 2008 – Astana was visited the Secretary General of the World Islamic league Sheikh Abdalla Ben Abdel Mukhsin At-Turki that testifies about close ties of Kazakhstan with Islamic world.

Sheikh Abdalla Ben Abdel Mukhsit at-Turki supported the initiatives of the President of Kazakhstan on the development of inter-religious dialogue. With the aim of provision of realization of the rights of citizens for the freedom of confession, fortification of mutual understanding and tolerance between religious unions of various confessions in 2005 in the country was created the Committee for Religious Affairs of the Ministry of Justice of the Republic of Kazakhstan realizing within the framework of their competence the provision of the rights of citizens for freedom of confession and interaction with religious unions.

In 2011 Kazakhstan bumped with the challenge of religious extremists, seeding fear among the residents of the country. In May 2011 in the country was created the Agency on the affairs of religions. 1 September 2012 the President of Kazakhstan Nursultan Nazarbayev called the parliamentarians to introduce the legislative changes with the aim of harshening of the control for the activity of religious organizations.

According to the law “On religious activity and religious unions”, adopted in late 2011, in Kazakhstan all the religious organizations got through the obligatory registration.

The aim of the registration was in the fact that the activity of religious unions became transparent for both the state and publicity. One of the main causes of the introduction of that norm on the legislative level became the wish to secure the citizens from the activity of destructive religious organizations, foreign mentality, traditions, culture, which came to the country from outside and hiding behind religion, conduct the destructive activity.

Besides, negative conclusions according to the results of theological expertise got such unions as Scientology, Church of unification (Munits), Ahmadiyah, “Rukhani zhol” and others.

New classification of religious unions was proposed. If earlier in the country amounted to 46 confessions, now their number is 17, and that influenced not quite accurate list of certain unions as the independent confessions. 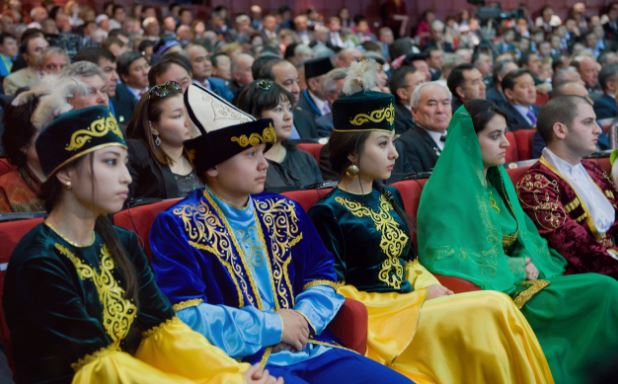 Thus, owing to the constructive cooperation of the state and religious unions, in Kazakhstan was formed the own unique model of inter-confessional dialogue and accord.

Thanks to the conducted by the Head of state the reasonable policy in the sphere of religious relations, there exist and develop religious unions, are followed the rights and freedom of the believers, conflicts on the religious basis.

Interconnection and collaboration in public space of modern Kazakhstan further will induce to the unity and unanimity of Kazakhstan society, improvement of Kazakhstan model of state-confessional relations.